2017 Another Year of Success for Azimut Yachts 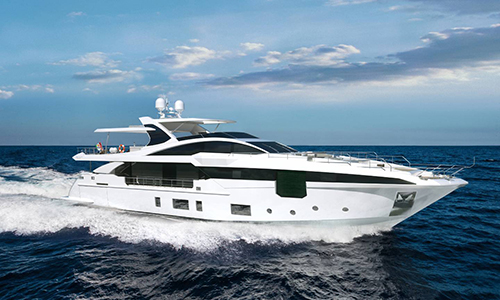 The Italian shipyard Azimuth Yachts has set a goal for 2017, and it involves adding six models to the 26 that are currently in production. Among them is the new S7, a 20m long vessel designed by the yacht architect Francesco Guida, who is collaborating with Azimut for the first time; it will be presented on September 2017 in Cannes.

The third model of the Benetti Delfino 95 was recently sold and is now under construction. Additionally, the Azimut Grande 27 METRI was conceived as a response to the new demands in the modern yachting market: to offer maximum comfort in a reduced overall length of the hull. 5 vessels of the Azimut Grande 35 METRI have already been sold, and it is predicted to become the new emblematic ship of the company.

The Italian shipbuilder just announced that the Azimut Benetti Group won a contract to build a 35m yacht that will be able to hold conferences and official events for the Tokyo Metropolitan Government, and it will be delivered on December 2018. It will be produced in collaboration with Verme Yacht Design