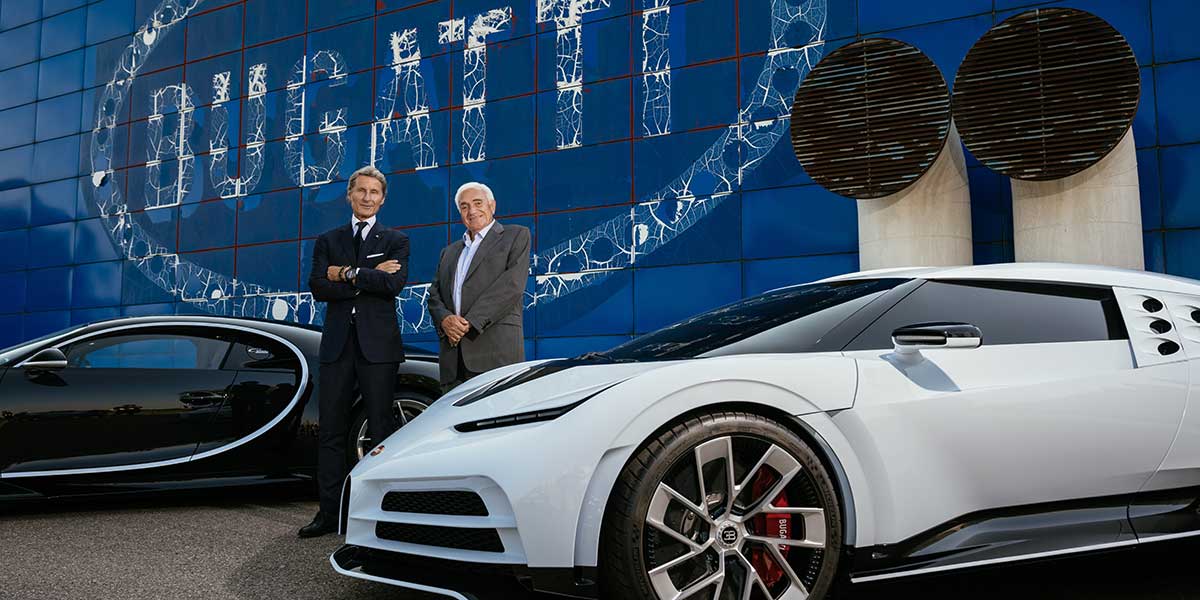 A torch hung in front of the radiator of the first car: A symbol of rebirth.

When 77 Bugatti cars traveled from Molsheim to Campogalliano on September 15th, 30 years ago, it marked a new beginning for the brand, as well as the celebration of Ettore Bugatti's 109th birthday.

With the opening of Fabricca Blu (Blue Factory) in Campogalliano, then the most modern car factory in the world, the EB 110 was produced, the first Bugatti in three decades. This year, with many achievements to celebrate, the company's enthusiasts gathered and were joined by Romano Artioli, former owner, designer of the brand and creator of the car.

Today, the blue building still symbolizes the beating heart of the factory, built by architect Giampaolo Benedini, who created rooms flooded with light inside a large hall.

“The Blue Factory set standards in the automotive industry at that time; it was more of a manufactory than an industrial plan. Romano Artioli had a feel for innovation but was always conscious of the French history and significance of Bugatti,” declared Stephan Winkelmann, President of Bugatti.