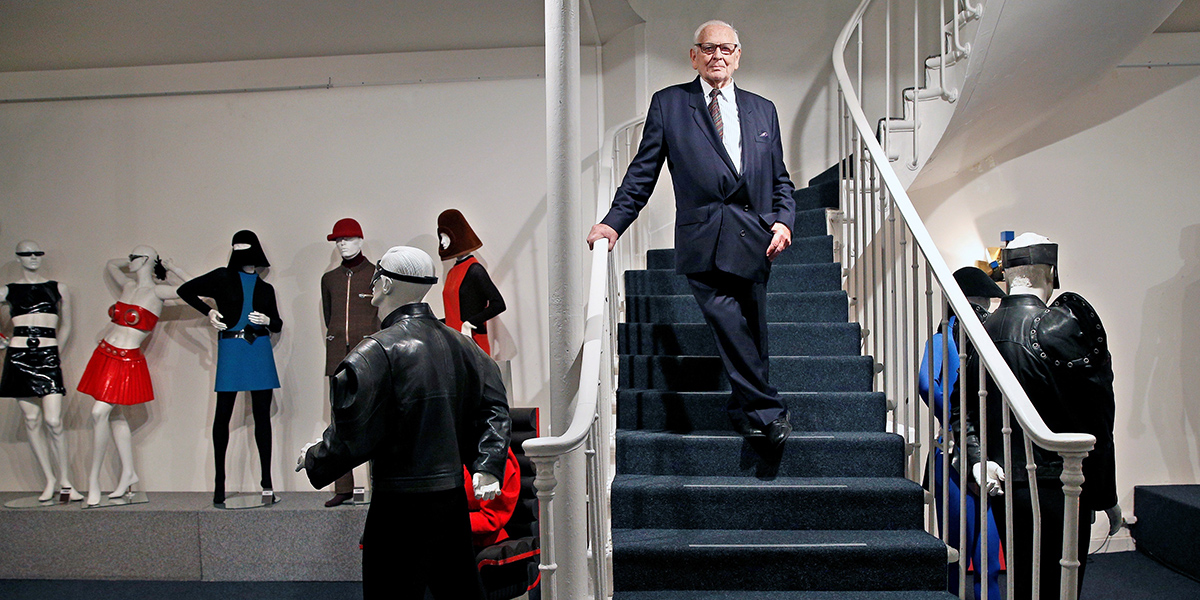 A pioneer of prêt-à-porter, he was worldwide recognized for being the first to exploit his name as a brand in items ranging from perfumes to automobiles.

The fashion world is in mourning, after Pierre Cardan's family made public that the great fashion designer had died in the Neuilly hospital, west of Paris, on December 29th, at the age of 98.

The famous designer was born on July 2, 1922 in San Biagio di Callalta, Italy. Son of immigrants, he settled in France like his parents fleeing from the fascism of the beginning of the last century.

His family defined him as the man "of multiple talents and inexhaustible energy", considering that even at his advanced age he continued to direct and work on his legacy. "Work, work, work," is how he described his formula for eternal youth.

He opened his own Maison in 1950, after being the first worker in the then unknown Christian Dior. He became even more famous for bringing designer clothes to the masses, thanks to the fact that he was one of the forerunners of mass-produced fashion.

He participated in the revival of haute couture in post-war France with Paco Rabanne, achieving success with his famous bubble dresses with futuristic aesthetics. He was a player and artist when it came to combining materials, colors and shapes.

In 1978, he was one of the first foreign investors to settle - and gamble - in the Asian continent, becoming the first Western couturier after parading in Beijing, China, one year later.

Before others, Cardin managed to open spaces for the male gender on the fashion runways and always had in mind the intention of bringing haute couture to the streets; hence he adopted a large-scale licensing system to ensure the distribution of his brand to the entire world.

Over the years, he became the first in the world to license his brand; a little over 60 years later, his name can be found on accessories, perfumes, cigarettes, mineral water, shavers, home furnishings, among other items.

"I always had my head in the future, I always created for young people. Pierre Cardin was also a businessman, who wisely used his wealth to acquire premium residential properties in Paris; one of his purchases was the Belle Epoque Maxim's restaurant, which is now part of the French Academy of Fine Arts for 28 years.

In 2007, Cardin told the German newspaper Sueddeutsche Zeitung, "Does money ruin our ideas? I don't dream about money at all, but while I'm dreaming, I'm making money. It has never been about money.