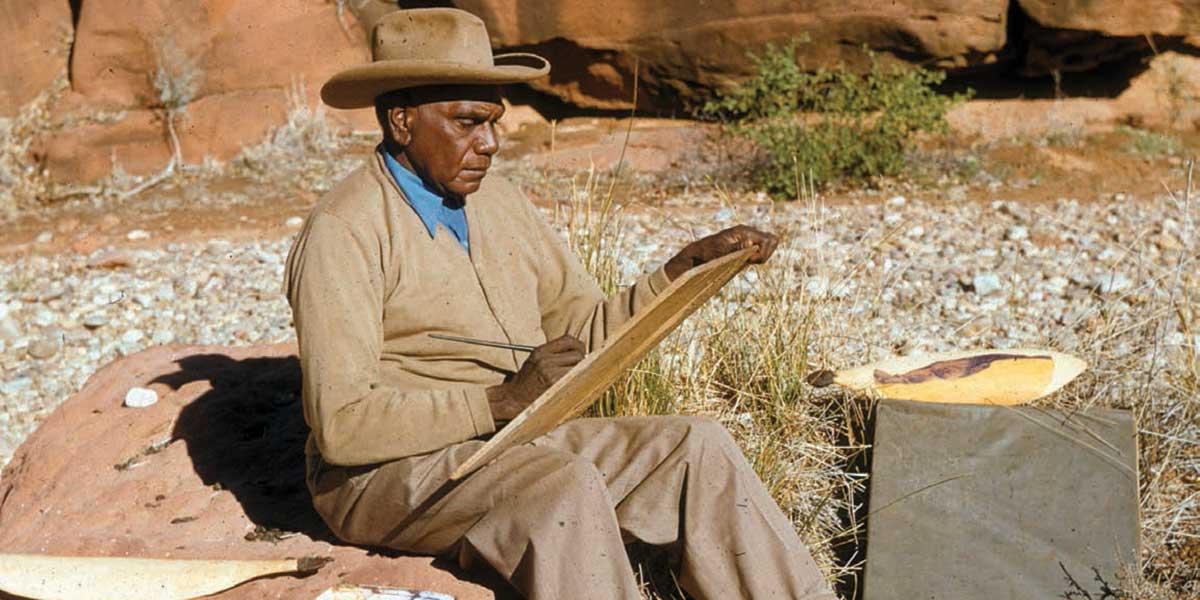 Is a member of the Aranda people

One of the most recognized Australian Aboriginal painters in the world is Albert Namatjira, origi-nally called Elea Namatjira but renamed Albert after his Christian baptism. He was a famous painter of the Aranda tribe, recognized for being a pioneer in contemporary art. He captured his country producing approximately two thousand paintings and was the founder of “The Her-mannsburg School of Modern Art,” there he became its first master of painting and made it pos-sible for young people to be the first Australia’s aboriginal group to have a profession.

He began his career in 1934, attending a Lutheran mission school, where Australian artist Rex Battarbee taught him the European watercolour technique. His first individual exhibition was held in 1938, in Melbourne where he exhibited 41 works, which were sold in their entirety. 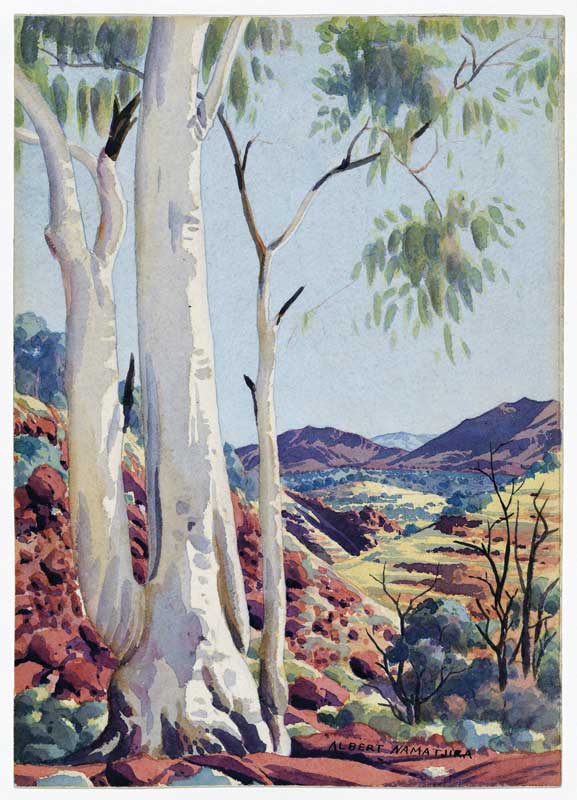 Namatjira is a member of the Aranda people. 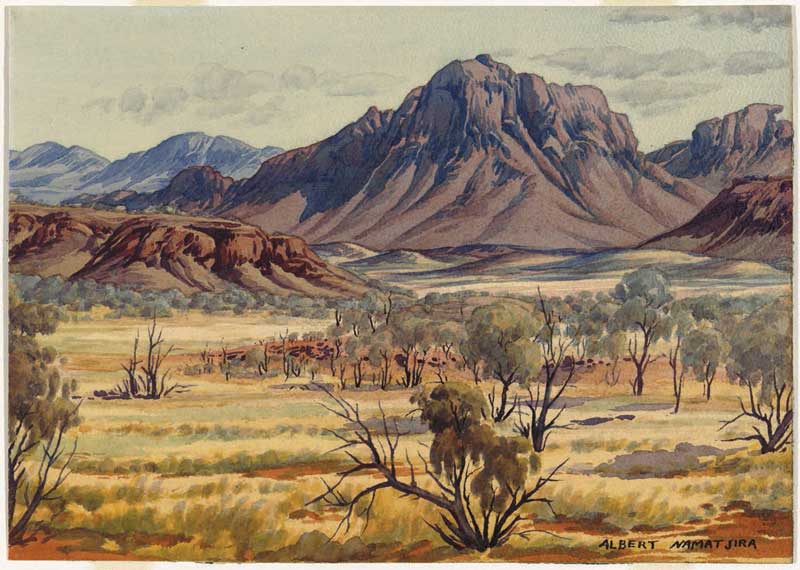 Albert Namatjira is one of Australia’s best-known artists.

Over the next ten Over the next ten years, he held exhibitions in several Australian cities and became a celebrity. Namatjira’s work drew the attention of Queen of England, Elizabeth II, who awarded him the Queen’s Coronation Medal in 1953; The next year was flown to Canberra to meet the Queen and the Duke of Edinburgh; He was elected an honorary member of the Royal Art Society of New South Wales in 1955; He was granted Australian citizenship in 1957, but was not allowed to move in a residential area of Alice Springs because of his Aboriginal ancestry.

In Namatjira’s works, the totemic connections to his country are so firm that the painting seems to be an artistic, cultural and proprietorial claim on the land. The contrasts of colors, the repetitions of rocks, the undulating mountains and the similar trees symbolizes the creation of eternal representations or the spiritual conceptions of their ancestors. Based in a certain way on the tradition, mythology and environment of the Arrernte.

It was not until 1991 that the Albert Namatjira Gallery was established in the author’s home town, within the “Araluen Centre for Arts & Entertainment” to show / exhibit  his work. 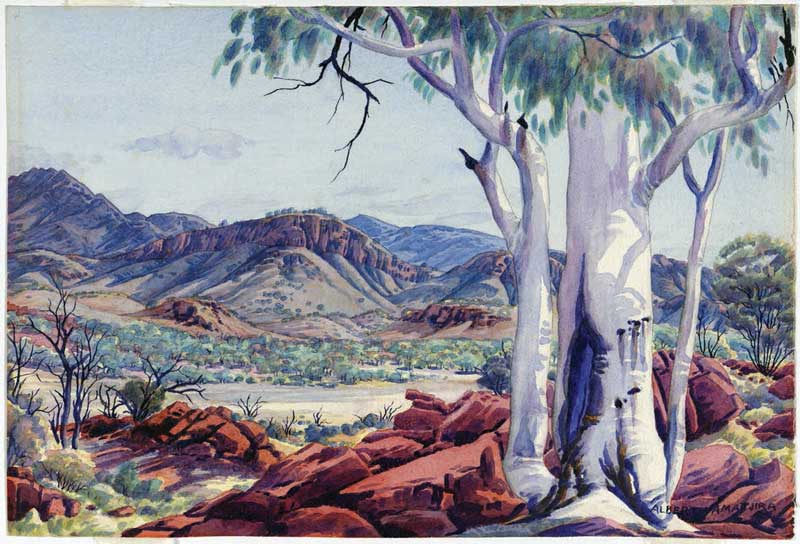