From the Cabo San Lucas navy all the ships prepared themselves so that at 8 am of October 22nd, having the emblematic Los Cabos Arch as a reference, the exit shot would be given to all of them. As always the exit is spectacular, because all ships leave behind their white foamy wake in search of their lon- ged trophy, the marlin. 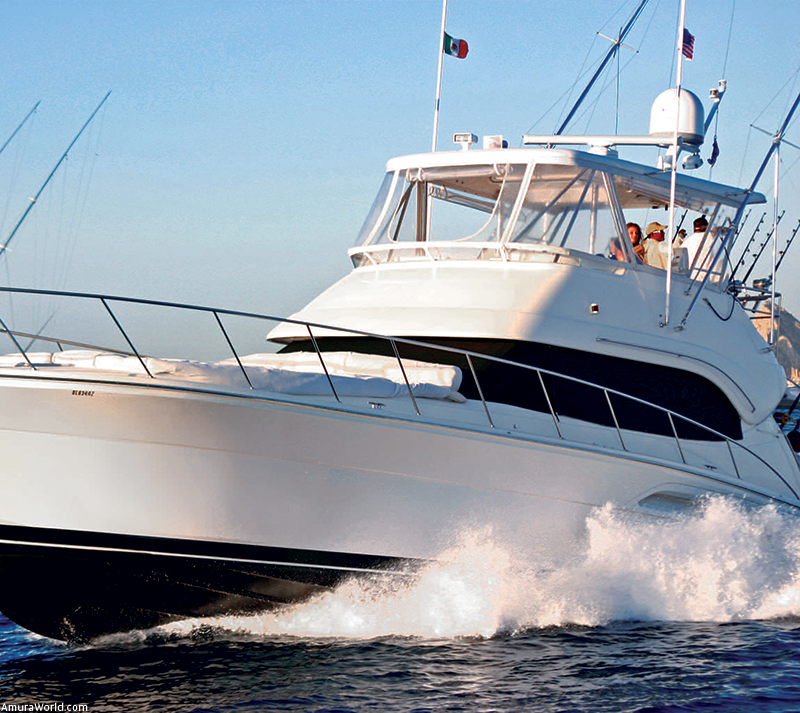 If golf has been a great distinctive in Los Cabos as a tourist spot, fishing tournaments

aren't too far off, even before Los Cabos was a popular touristy destiny sport fishing was already practiced.

Particularly, besides being a tradition, Bisbee’s also refers to the beginning of the high season of the destination.

This tournament is the most well-known, crowded and the most important in the world for in it the best stocks are reached, reason why many vessels from around the world attend it, even in 2000 it was the second most important world wide because of the number of ships of 239.

The Bisbee’s tournament manager for Mexico, Clicerio Mercado spoke to Amura Yachts & Lifestyle and highlighted the importance of sport fishing for the encouragement of tourism and hotel industry before golf.

The tournament is so important that it marks the beginning of the high season of the destina- tion”. he claimed. 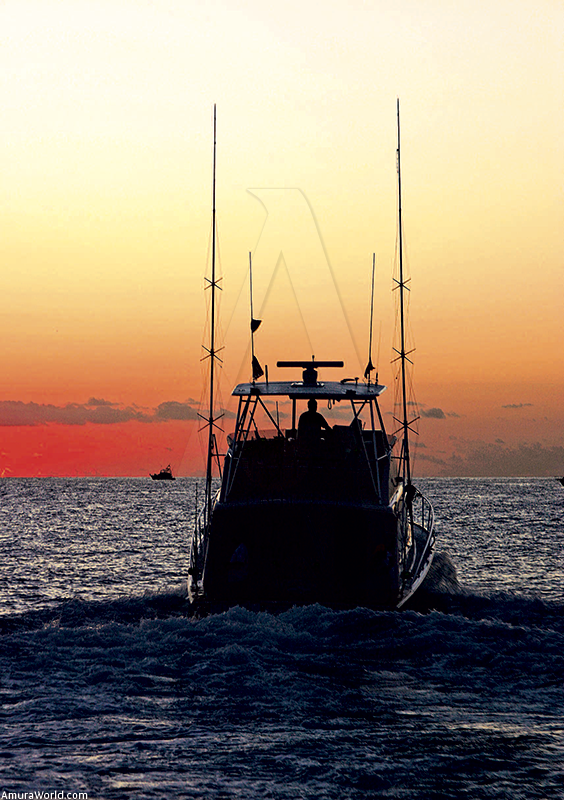 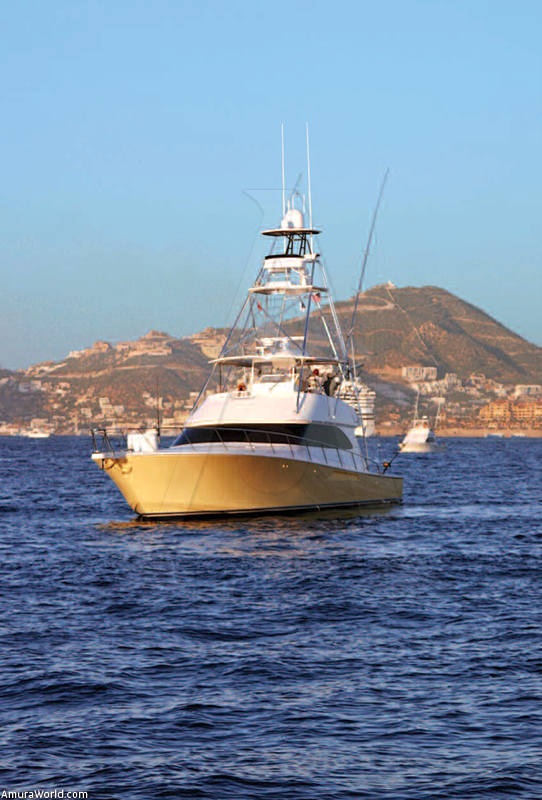 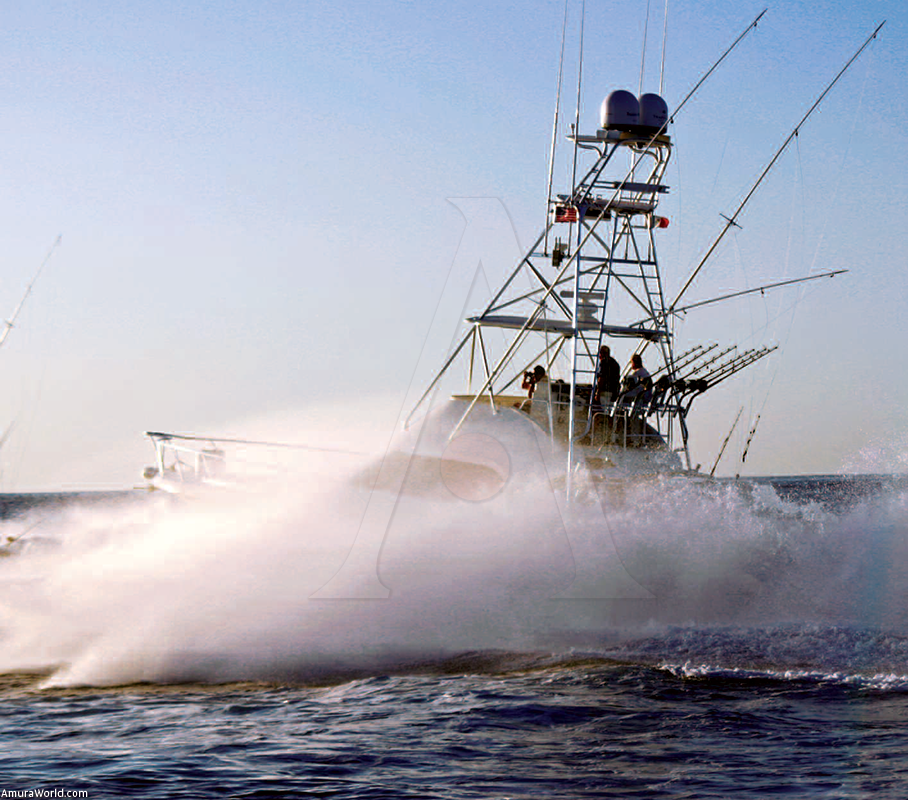 lt explain the importance of sport fishing in the destination, he quoted the conclusions of a study taken by the University of Tfexas A&M, which determi- ned that each sport fishing man spends between 6 and 7 thousand dollars during the days of the tournament and if you multiply that by the number of participants, the importance of fishing tournaments are very clear.

He stated that 60 per cent of the participants come with their ship and that the other 40 per cent rents one. That is why Cabo San Lucas holds the biggest sport fishing fleet in all of Latin America.

He added that all year there is stripped marlin in the Sea of Cortes, but that the blue and black marlin, in which the Bisbee's tournament and other tournaments are based on. is a migratory species and arrive at the end of July, both leave at the end of October. That is why the biggest tourna- ments in Los Cabos are done during this period.

Bisbee's tournament is the more known abroad that in Mexico, but this year there were people pre- sent from Guanajuato. Monterrey, Ciudad de México. Puerto Vallaría. Acapulco. Zihuatanejo, Mazatlán. Los Mochis, there was a lot of Mexican attendance of a sector of an upper economical level and it is rising.

This year's tournament had high expectations, since the threat from hurricane Rick put at risk its celebration, there were even ships that cancelled their attendance for such risk. Nevertheless, at the end the weather was kind and as always a great tournament took place. 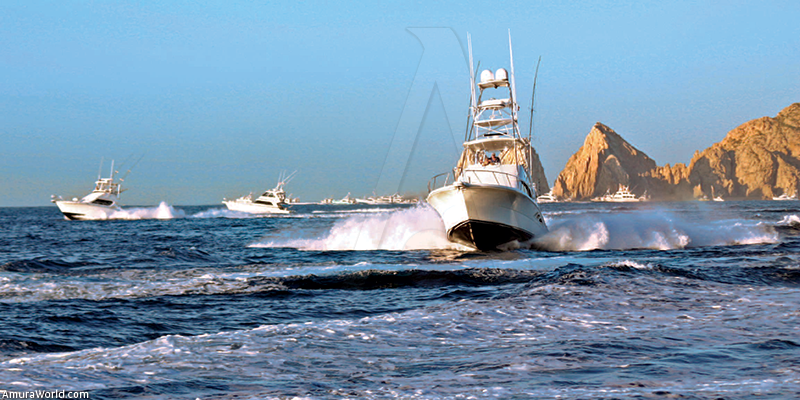 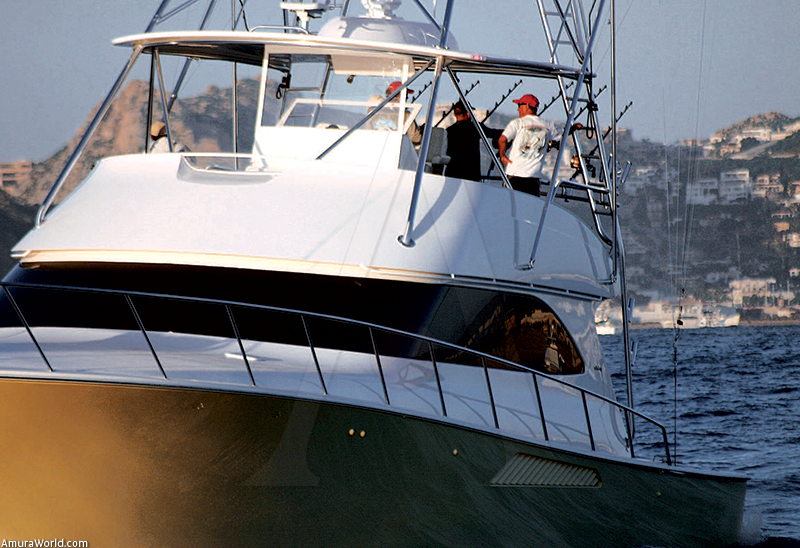