Along with a Charter company, Baglietto honoring the tradition that precedes it began the construction of this ship intended for this service.  The Mediterranean will be home to this beautiful 42-meter yacht that gives home to ten guests, who will be pompously spoiled by the eight-crew staff.

With the exterior design by Francesco Paszkowzki and interior by John Bannenberg the success is guaranteed. Keeping in mind the use it will have, a different design was considered for the main deck, while most of the yachts usually have two hallways, one on each side, in the case of NATORI it was thought as only one port hallway using the space of the starboard as an extension of the inner space, bringing a wider measure to the coexistence areas.

The main deck is where the biggest chamber is found, it goes from the bow part where the bathroom is located and deserves some special attention, first because of its size that goes from side to side, secondly because of its simplistic beauty, an excellent combination of black and white that makes its elegance stand out.

Divided into four sections the WC and bidet section is found at port, in the middle of an oval tub and at starboard the shower that has a fascinating wall that simulates the fish’s scale and that gives life and a very characteristic artistic hint. 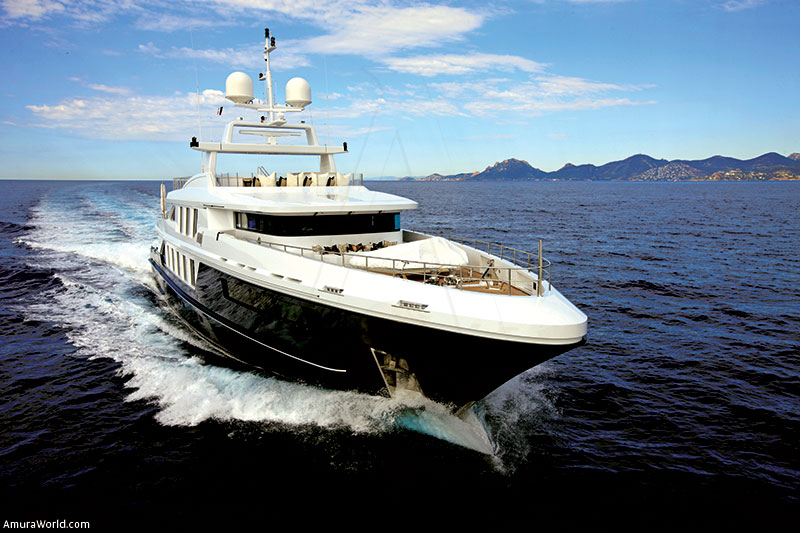 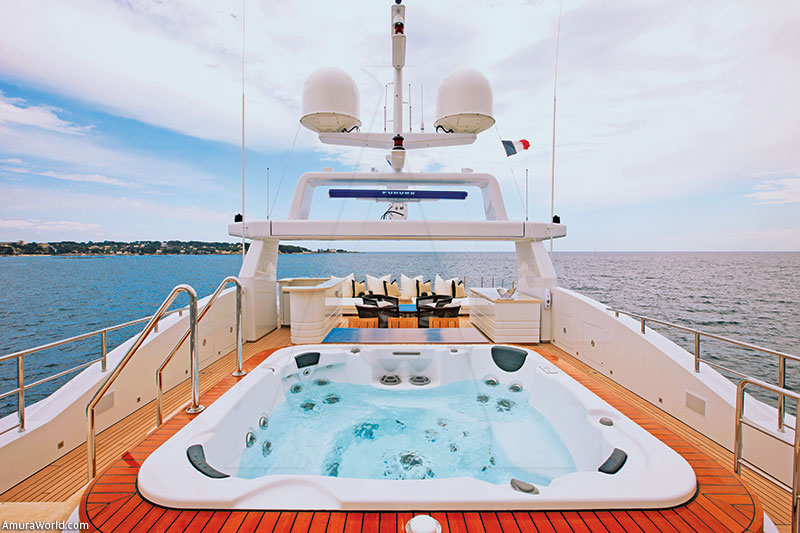 Exiting this section is the chamber itself, a double bed of sole construction with a footstool and headboard as a central element. All the wall panels are made of suede, nubuck or a similar camel color material, which highlights the carpet and white colored ceiling.

Towards the stern we find a hallways that separates us from the kitchen, afterwards it leads us to the stairways lobby and right here we find a guest bathroom.

Further ahead we go into the formal dinning room, a rectangular table for 10 dinners that greets us with only one area separated by a small bar, which serves as a hidden LCD screen receptacle.

The inferior deck is a rest sanctuary, the bow part dedicated to the crew, it has four chambers with individual bunk beds, two have their own bathroom and the other two share one bathroom.

The part meant for the guests begins with a VIP chamber that takes hold of the ship’s entire arm. With the bed place a little further port, place where the dressing table is found. 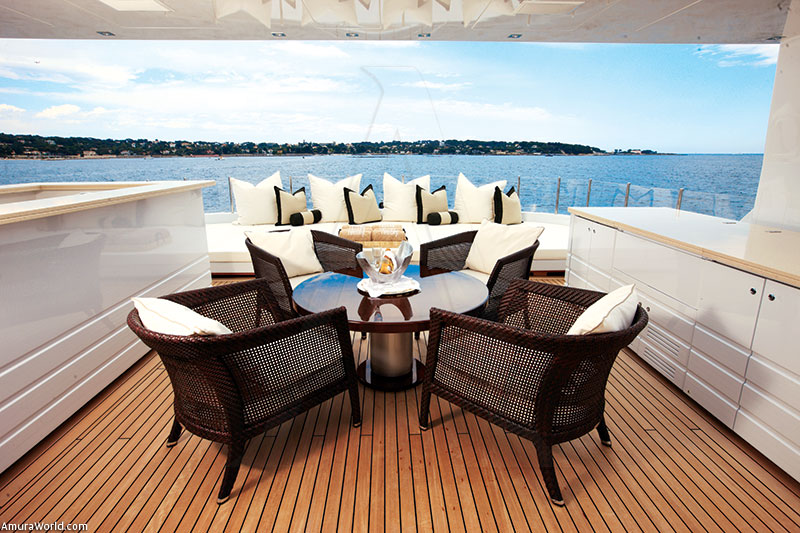 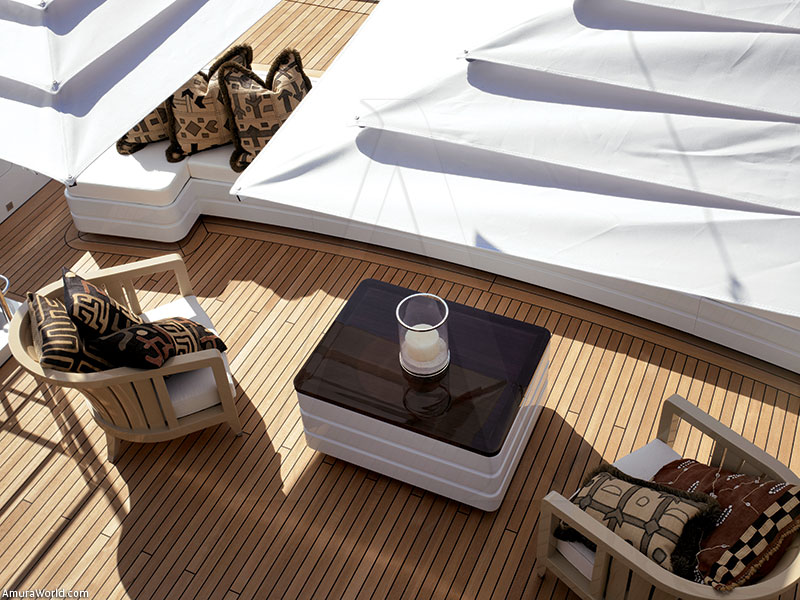 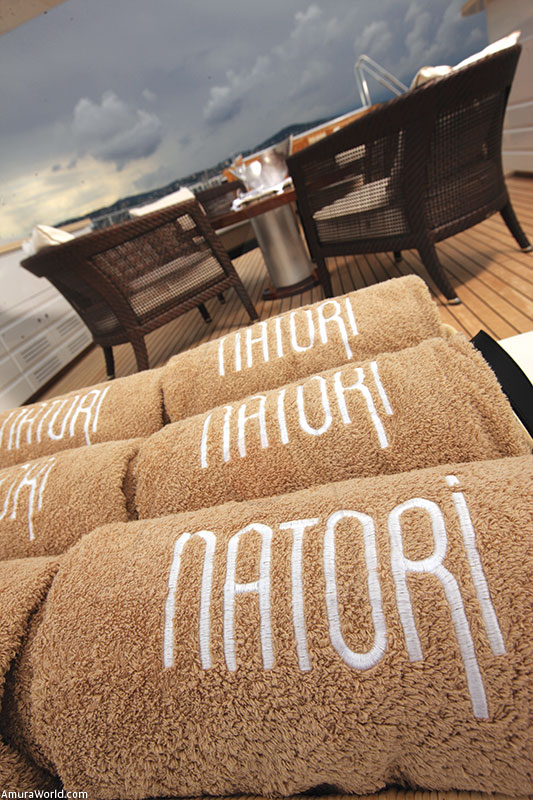 Finally, just before the machine room there’s another VIP chamber, wider than the first one, even the bathroom has its own tub and inside the chamber there’s an individual couch. At the stern there’s a garage that opens up to free one of its three tenders.

The upper deck is dedicated for social activity thanks to the dinning room located in the sternest part.

A little further back, at starboard, the gym is found, which provides us with a spectacular view thanks to its wide windows that run through out the whole vessel. At port the captain’s chamber is found and finally, the command bridge which is amazing. 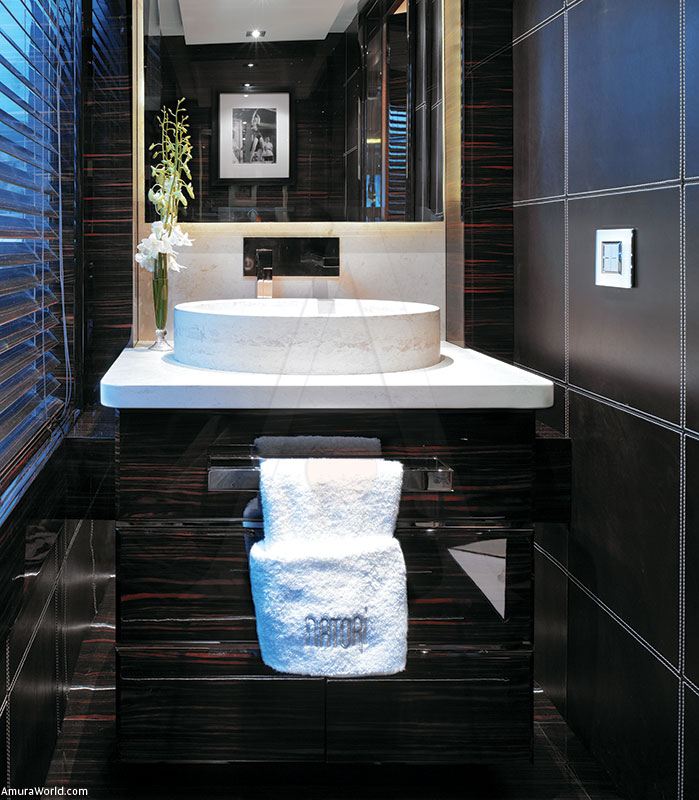 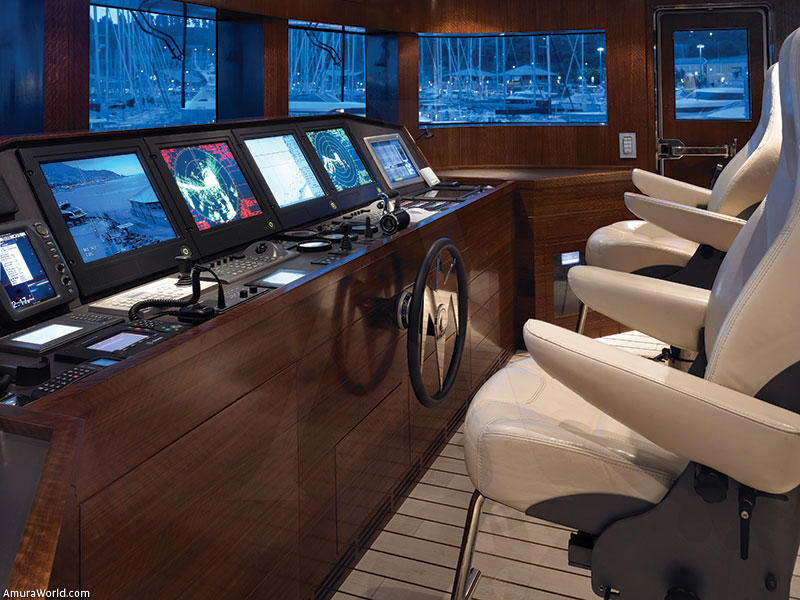 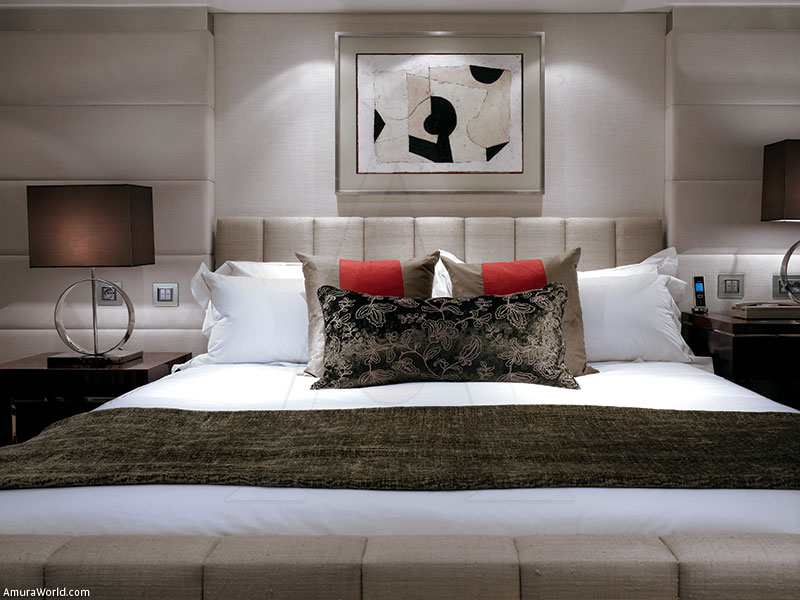 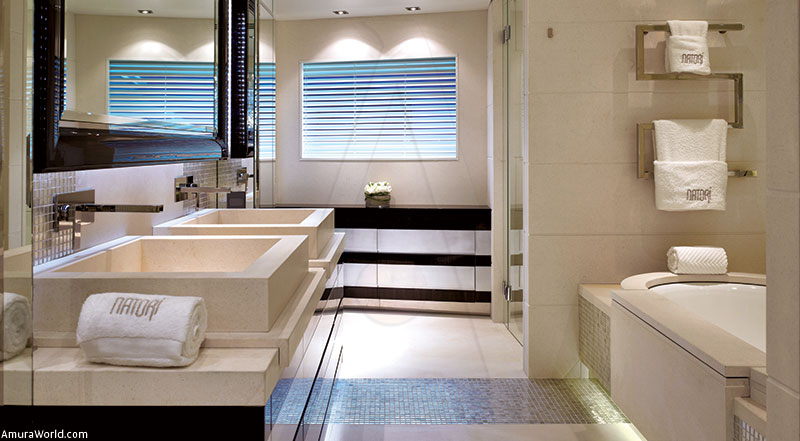 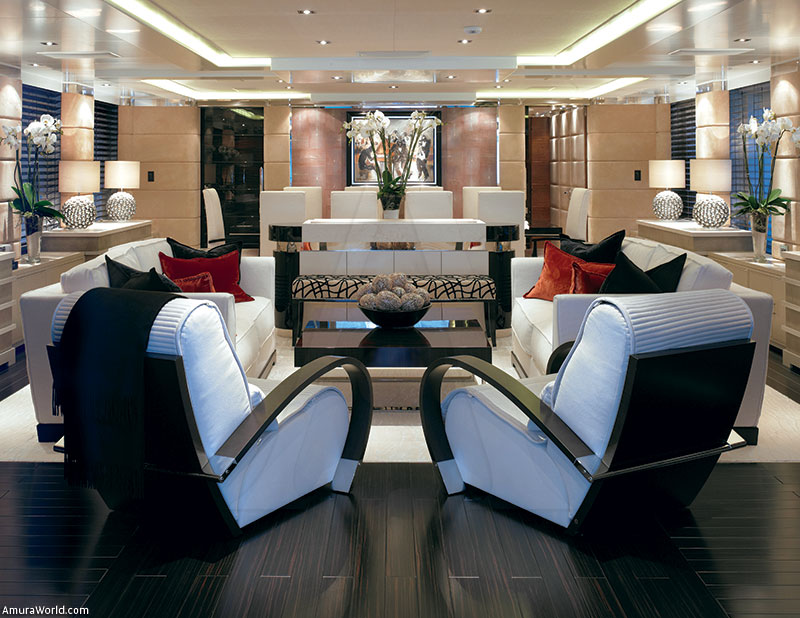 The elevated bridge is built and thought to enjoy the outdoors; here the Jacuzzi is found a central part of the deck that matches the table found on the side, the kitchenette and the table- at the deck part- and at the bow side another solarium with beige colored air mattresses.

As we have seen this vessel is predestined to be a reference point as well as for the charter’s world as for the nautical world. 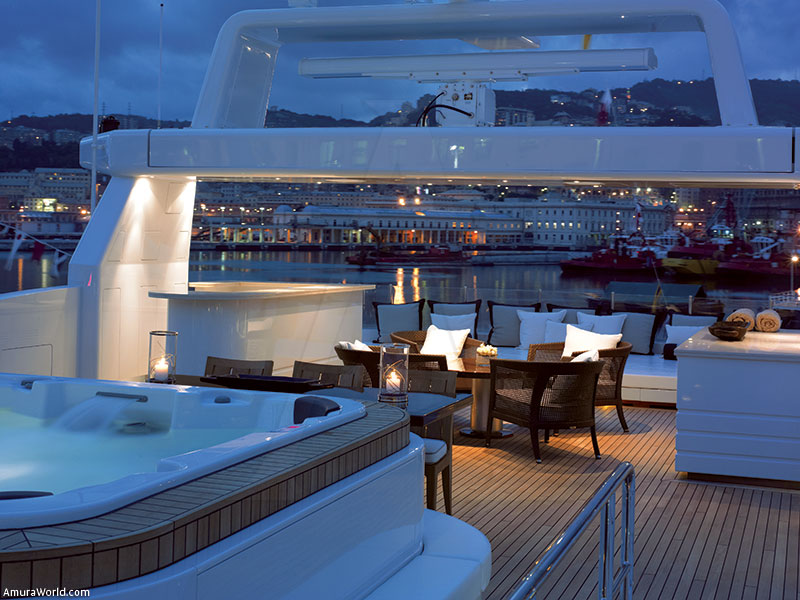