Canados launches its first “open” yacht with large areas of glass that give the sensation of being outside thanks to its sophisticated light control system and combination of woods in different tones that contrast with materials such as leather, glass and steel.

ll these are the distinctive components that make the Canados 90 a gem designed by Portuguese architect Luiz De Basto. The design consists of four cabins, each with its own bathroom; a large luxury owner’s cabin, a large VIP cabin in the stem and two guest cabins with twin beds. Amidships, which can be accessed by a separate stairway, there are the crew cabins, a galley and a washroom. 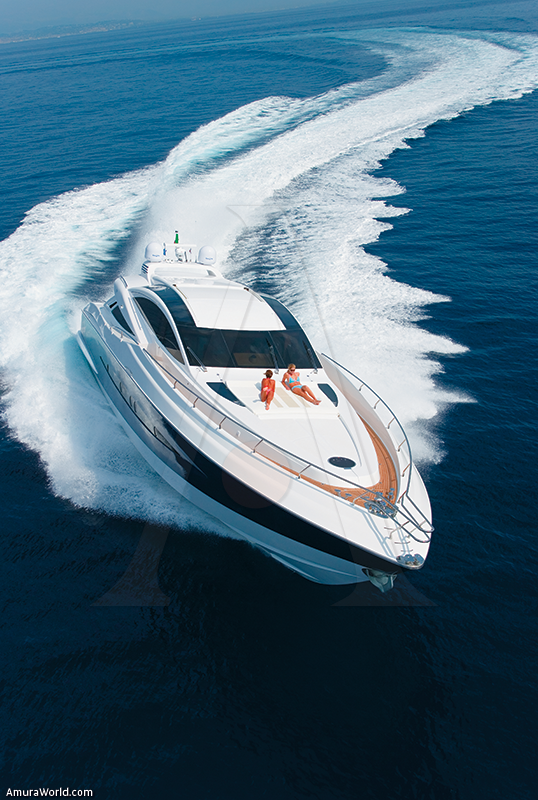 Canados makes its “open” yacht debut with this 28-meter beauty that will surely set a new trend. The result is an extremely, sporting, fast, elegant and refined product, in which the open areas play an important role.

The exterior contours of the electric blue hull give the yacht a smooth and soft appearance. A large window runs along a part of the whole and illuminates almost the entire lower deck.

Totally furnished in teak, the bridge area includes a large sunbathing area of almost 4 meters in length, finished with a seat and the Crescent-shaped table while a sofa follows the line of the table. Entry to the lounges through a sliding door and the roof can be opened auto- matically by remote control. A “virtual” curtain, also remote control, regulates the natural light- ing from the window in the living area, trans- forming it from total transparency to complete darkness.

The garage houses an electric crane to maneuver a four-meter launch and a wet bike, as well as two inflatable dinghies that are stored in the locker

To stern, a Tanganika wood furniture unit, situated as a wall that divides the relaxation area from the main deck and the bridge area, hides a retractable television screen. I simply touching a button, the screen emerges to turn the area into an entertainment and movie lounge. 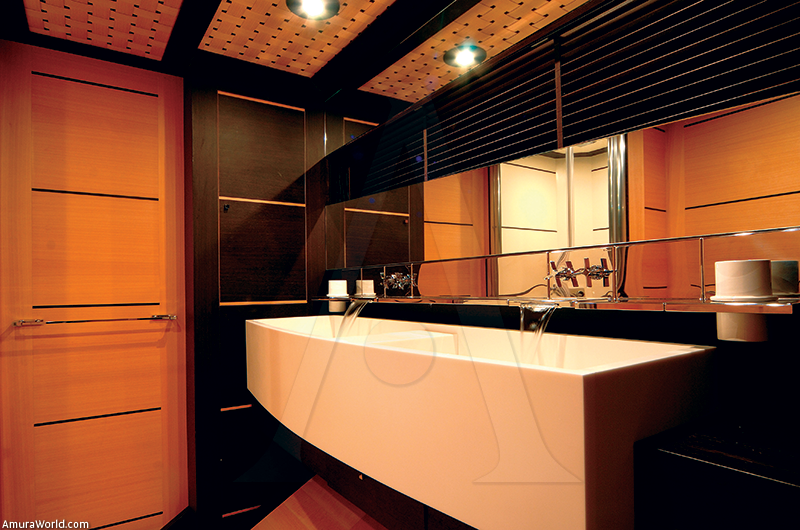 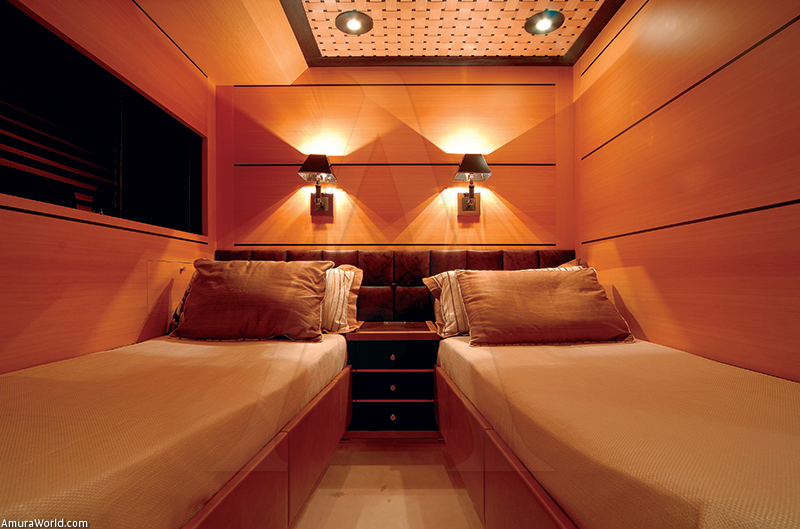 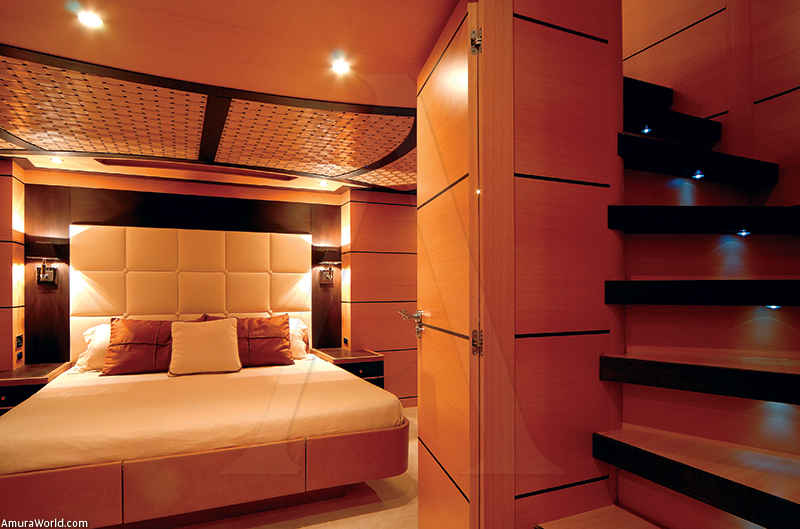 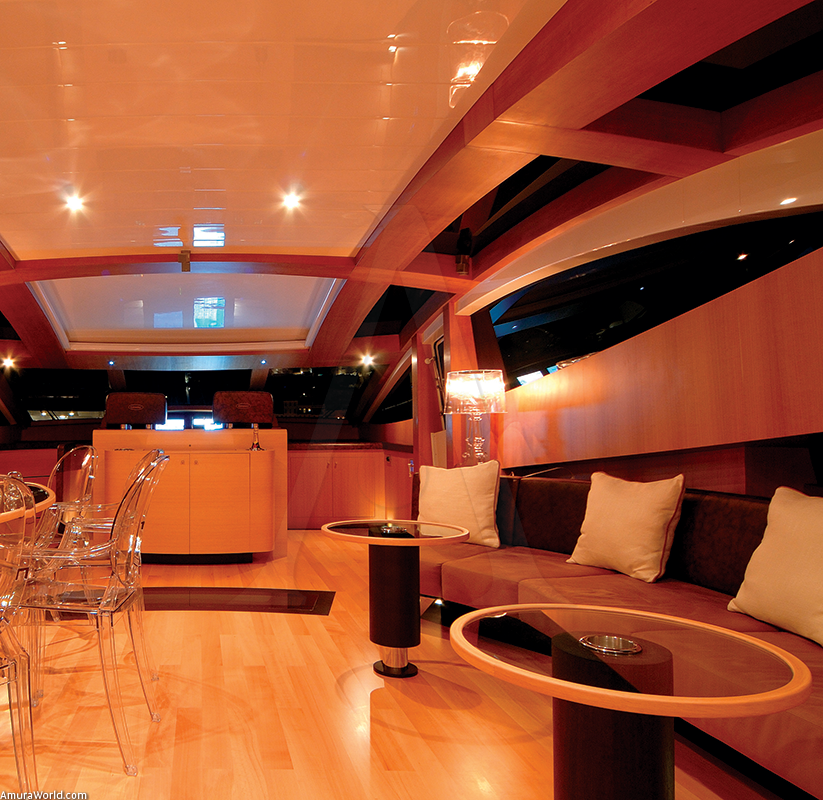 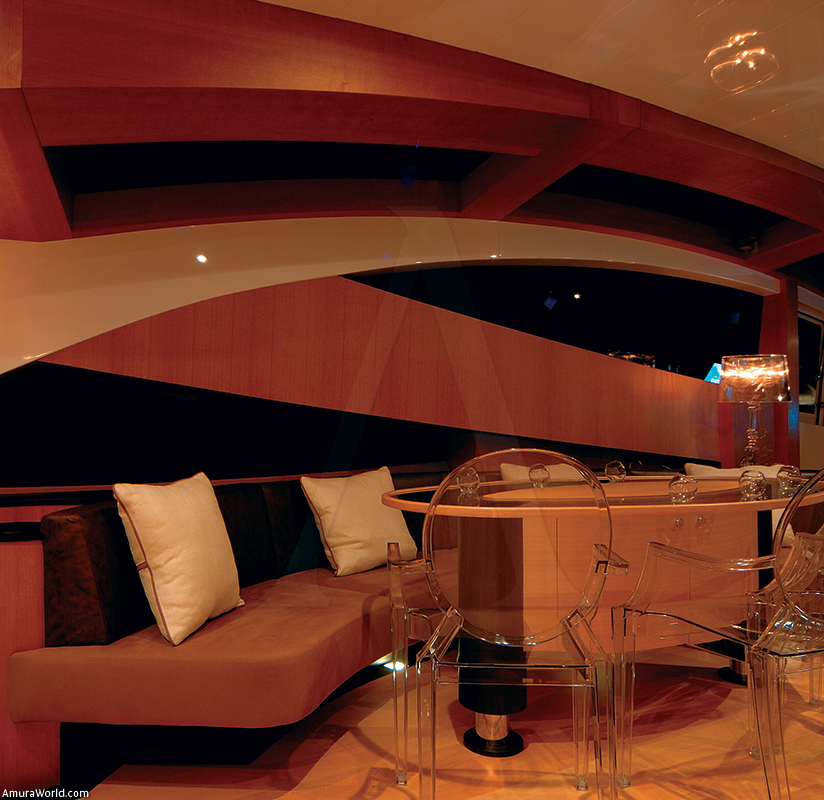 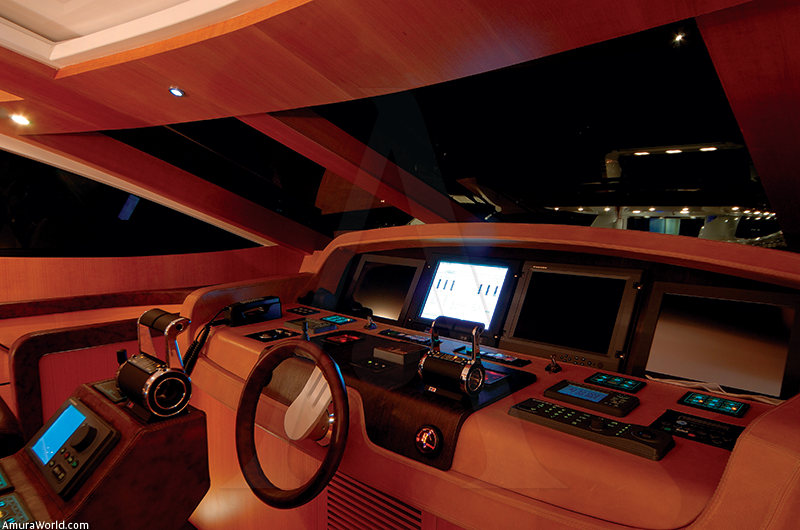 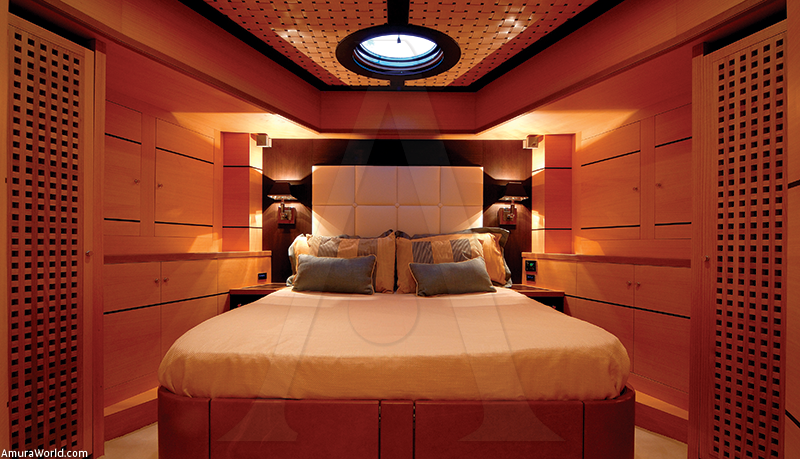 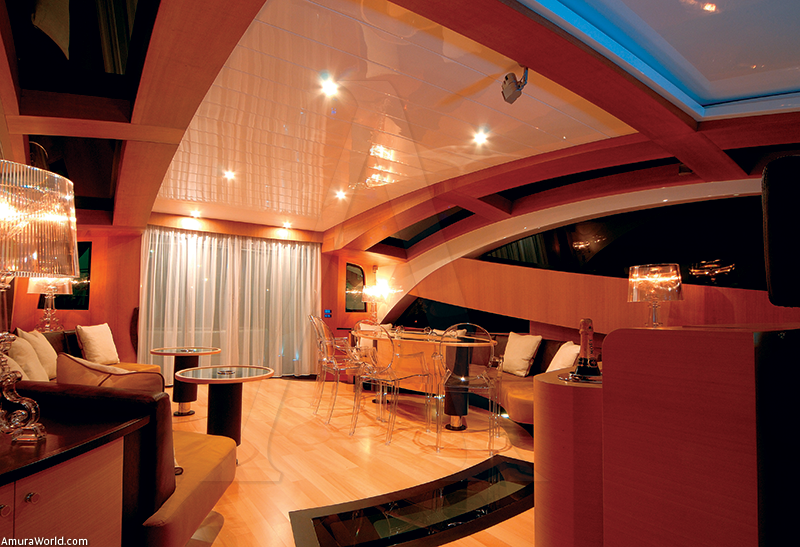