All doubts about Mexico’s ability to organize a world-level sailing competition were quickly dissipated last March, when Mexico, specifically Nuevo Vallarta, played host to the World UBS J24 2007. The event was an all round success.

What, who, how, when and where

20° latitude North – 105° longitude West.  Clear skies and a warm sun; not too much not too little, but just right. A generous wind and a relatively calm sea. This is the ideal climate for sailing this corner of the ocean in which, with a little luck, a humpback whale may emerge to welcome the regatta. We are in Bahía de Banderas to be precise, in Nuevo Vallarta, Tepic, Mexico.  March 1-9, in which 70 J24-class sailboats from 14 countries competed for the world J24 crown in Mexican waters. 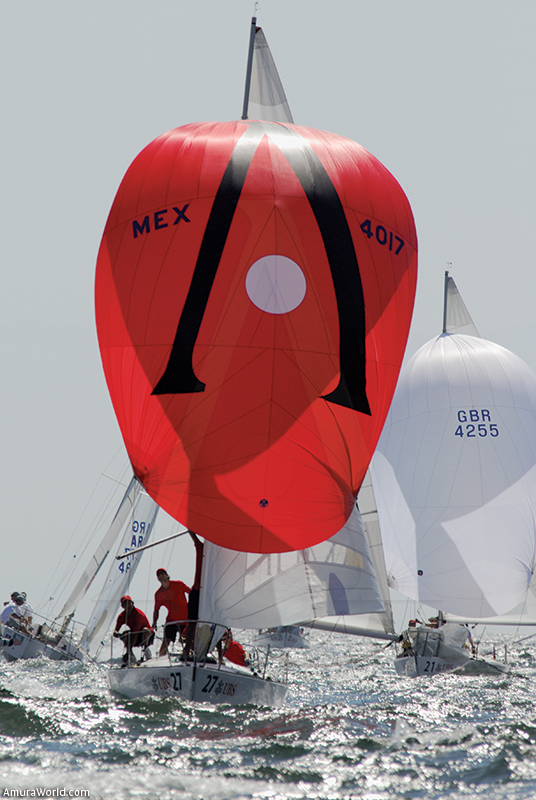 Great things were expected from this magna event within the J24 category created by Rodney Johnstone in 1976. Without a doubt, for both the organizers and the competitors, not only were their expectations met, but were surpassed, and by a large margin, if the general feeling was anything to go by.  It was a week full of spectacular regattas, which the best in the world did not miss, such as last year‘s champion from last year’s event in Australia, Brazilian Mauricio Santacruz, who, in honor of his talent managed to repeat, together with his crew, by winning the coveted bi-champion­ship.

Other outstanding vessels were the North Americans led by Mike Igham and Mark Hilmman, which finished in second and third place, respectively, as well as the surprising performances by the Japanese sailboats Cerezo and Siesta, who besides giving a touch of affection and unusual folklore among the competitors, wherever they went, especially from the children, who did not stop shouting konichiwa, “hello” in Japanese to them. An excellent performance by the Mexican boats must be mentioned, who with Yon Belauteguigoitia and Kenneth Porter in the lead managed to achieve 13th and 14th places overall, competing on a friendly basis with the best in the world. 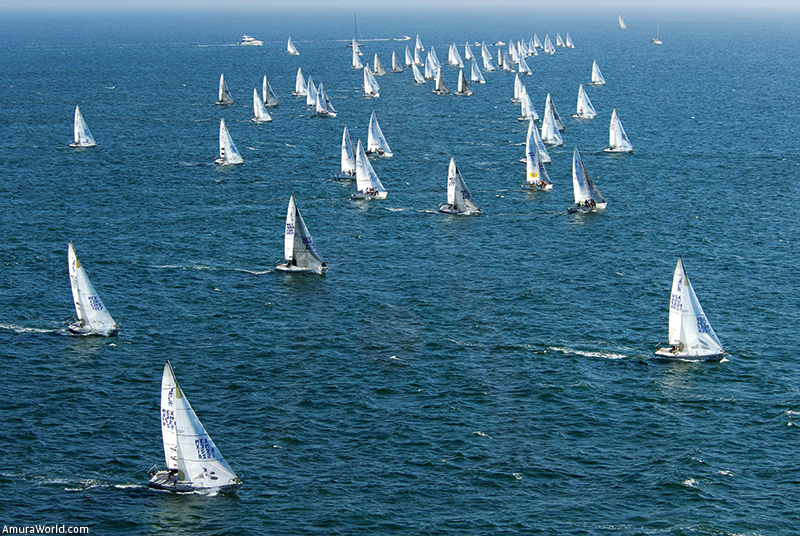 Many Mexican sailboats showed that they can not only compete with the best, but will be able to win an event of this kind in the very near future. A case in point is the AMURA boat, skippered by Manuel Villareal, who left the pleasant flavor of the sea on the palette of the organizing committee by reaching 41st place overall, a very worthy result considering that this was the first time that the crew had competed in a world-class event.  Another boat worth talking about was that skippered by Karla Moreno, from Nuevo Vallarta, who demonstrated female power by skippering an all-female crew.

In Bahía de Banderas, a world championship like no other

It is nothing new that Puerto Vallarta (and Nuevo Vallarta, its neighbour and twin international tourist resort) is one of the most-beautiful sunshine, sea and beach destinations in the world. It has everything that the high-end tourist is looking for and its sheer beauty lights up the eyes of even the most demanding visitors. One of the most faithful witnesses to this was the UBS J/24 World Championship, whose base hotel was the impressive Paradise Village, which boasts one of the best marinas in the area.  Here the leading exponents of world sailing met, not only in search for world supremacy, but also to enjoy a week of dreams. 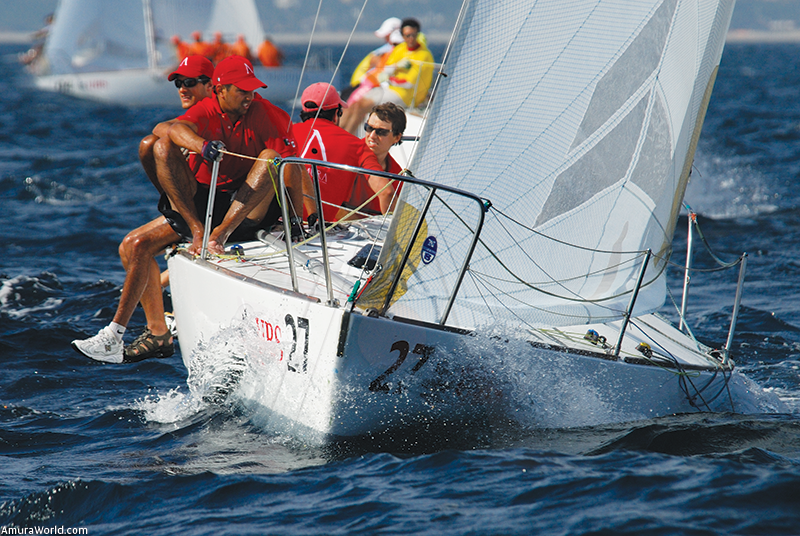 No one is immune from the natural charms of Vallarta, and even the participants in this unique and original world championship were not safe, who beyond being able to sail competitively in one of the largest and most beautiful bays in the world, also enjoyed the attractions that Vallarta offers its visitors. Yes, they went to compete, but they also enjoyed the infrastructure and the natural sex appeal of a totally-unique place.

Some won prizes, others new friendships, and some even found romance.  The chemistry among the competitors was more than evident, because beyond competing for a place on the podium, the sporting spirit marked the rhythm of a week that, without doubt, will stay in the memory of all those who made the J/24 World Championship a reality in our country as the best of them all.

Beyond merely sporting activities, the evening social events were a delight.  Putting modesty aside, the most colorful, magic and celebrated event was the party thrown by AMURA, one of the event’s official sponsors. On Thursday, March 8, at 7pm sharp, the magazine offered a unique cocktail party whose incredible atmosphere made the brotherhood between the participants as intense as it was explosive. The climax of the event went beyond the competition itself. 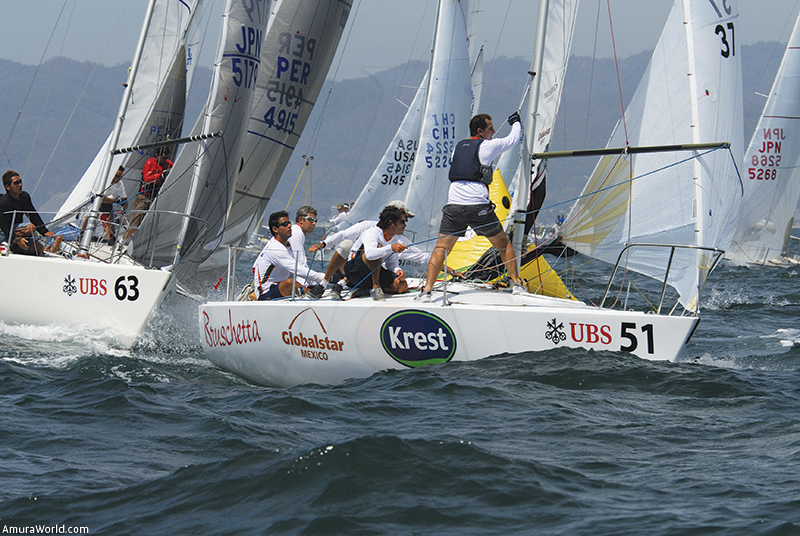 An open-bar and a fancy dress contest were the driving force behind the best party of the event, so much so that the competitors and even the members of the organizing committee could not have had a better time.  Nobody would have imagined that the competition by team, not by boat, but which country would dress up the best, would be so much fun, where the interaction between the participating nations could not be compared.  Their creativity and the light of the moment made the maxim of “it is more important to compete than to win” a reality.

Human relationships were never more intertwined away from the competition than during the AMURA evening. All round laughter, intense excitement and a healthy and festive atmosphere could not be seen in any nightclub in Vallarta during these days.  All the sailboat crews will surely remember with great excitement, from the first day to the last, a magic night of fraternity and cultural exchange, prior to the last five days of competition, which included 10 glorious regattas (two per day), which will remain etched in the memory of all who witnessed them, with an expression of being absolutely sure of what they say: that this has been the best UBS J/24 World Championship to date.

And looking forward to the next world championship, in Italy in 2008, we look forward to the repeated success of the event held in Vallarta, which left an indelible fingerprint forever. 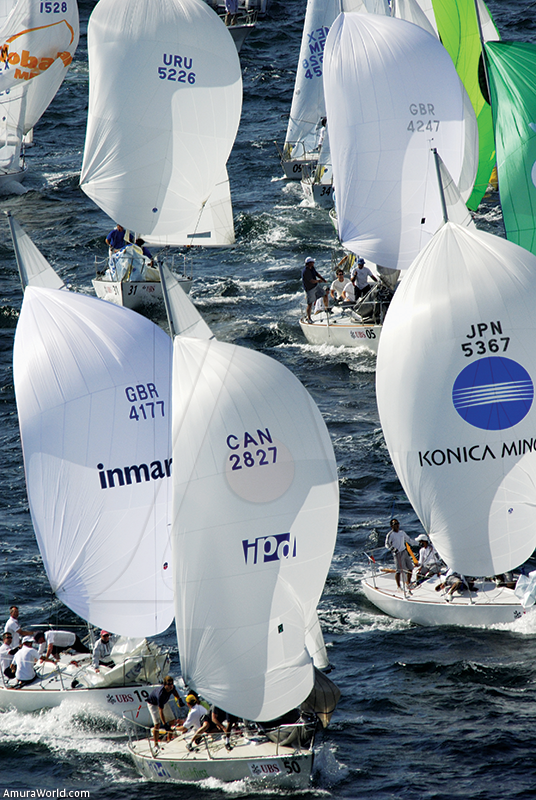 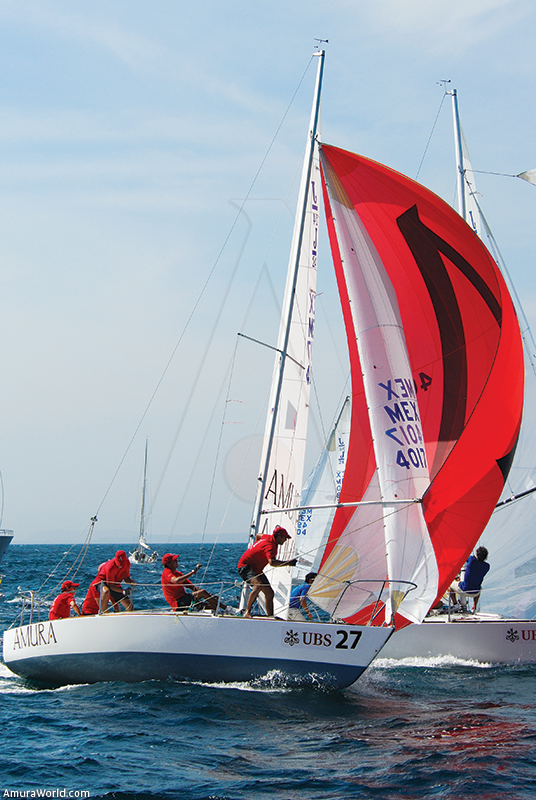