J24, On a heading toward the world sailing championships

Mexico will be the host of the World J24 Class Championship from March 1 through 10, 2007. The Nuevo Vallarta Yacht Club will receive 400 yachtsmen from all over the world. Twenty Mexican yachts will compete for the championship with Germany, Japan, Sweden, Great Britain, Australia, Canada, Chile, Puerto Rico, Peru, Argentina, Brazil, Italy, Venezuela, Uruguay, Holland and the USA.

Staging an event of this size takes years of preparation and media presence, all requirements which Mexico has completely fulfilled. México was the successful host of the 2002 Central American Games and the 2003 North American Championship.

Although the figures are well known among the hosts, it is worth mentioning some facts to celebrate and enjoy this event. The last world championships were held in Melbourne, Australia, in 2006, where Mauricio Santacruz, from Brazil, was crowned world champion and in Weymouth, England in 2005, where the winner was Anthony Kotoun from the USA. The current champion, Mauricio Santacruz, will be in Nuevo Vallarta to defend his title, which will be a very difficult task because of the intense competition with many teams capable of taking the crown from him. 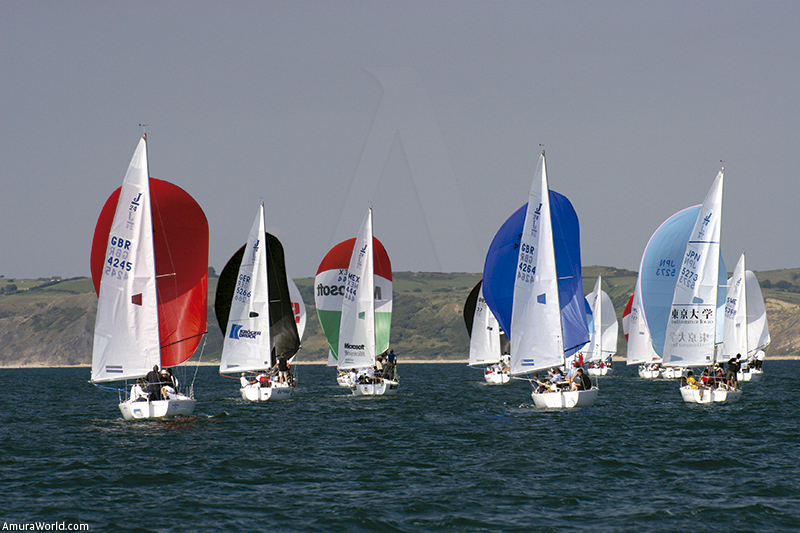 The host for each world J24 championship is selected based on the number of yachts in each country. The United States has the largest fleet and has been champion on several occasions. In fact, the first World J24 Class Championship was held in San Francisco in 1980.

­The J24 is a fiber glass yacht of 24 feet in length and a 9-foot beam. Its dimensions were established by its designer and creator, Rodney Johnstone, when building it in his 28-foot long garage. Johnstone’s dream was to create a yacht that could be enjoyed with the family. So, on May 15, 1976, the first yacht, named Ragtime, was launched. 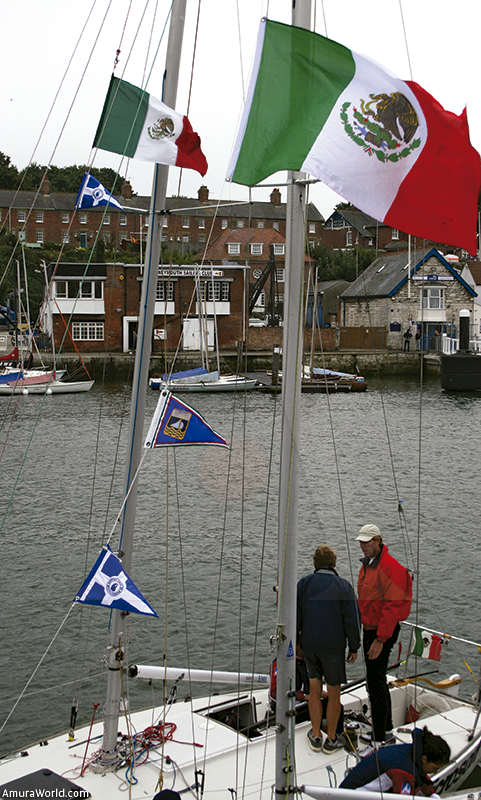 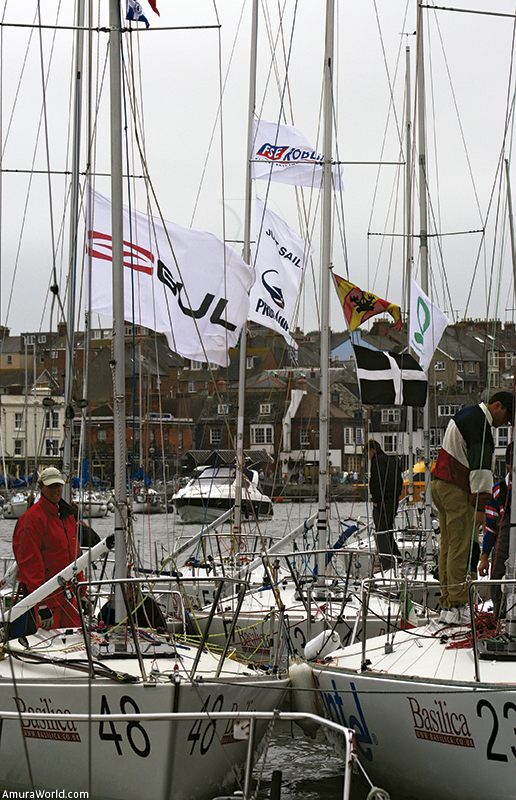 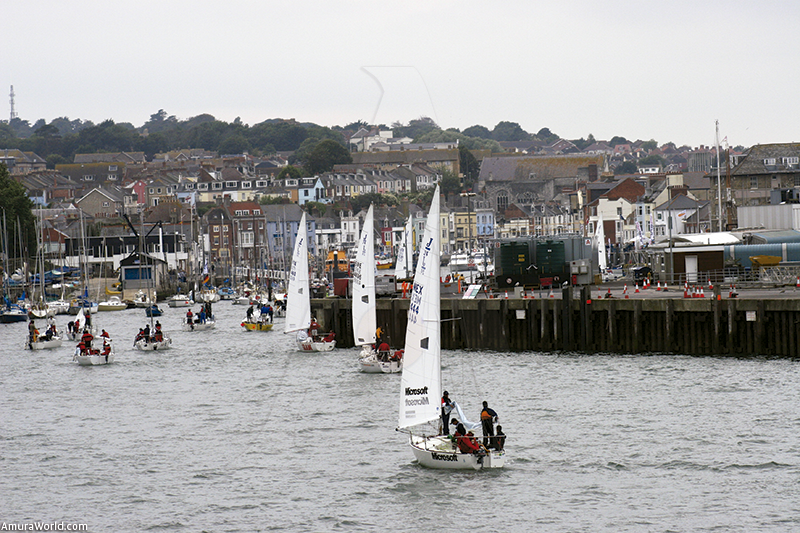 The J24 is currently the most used yacht in the world after the Laser.

Its popularity is due, without a doubt, to its successful design, solidity and the seriousness of its sailing and competition standards, as well as to the strength achieved by the International J24 Class Association with its 2,728 active members in 27 countries.

The J24 Class was established in Mexico in 1979 and has more than 250 affiliates and 70 boats active in Valle de Bravo, Cancun, Acapulco, Los Cabos and Puerto Vallarta. The Mexican Team consists of 20 yachts, among which is the AMURA Team, which has obtained very good results. The team’s boat is considered to be one of the solidest and most competitive to represent our country before the rest of the world. 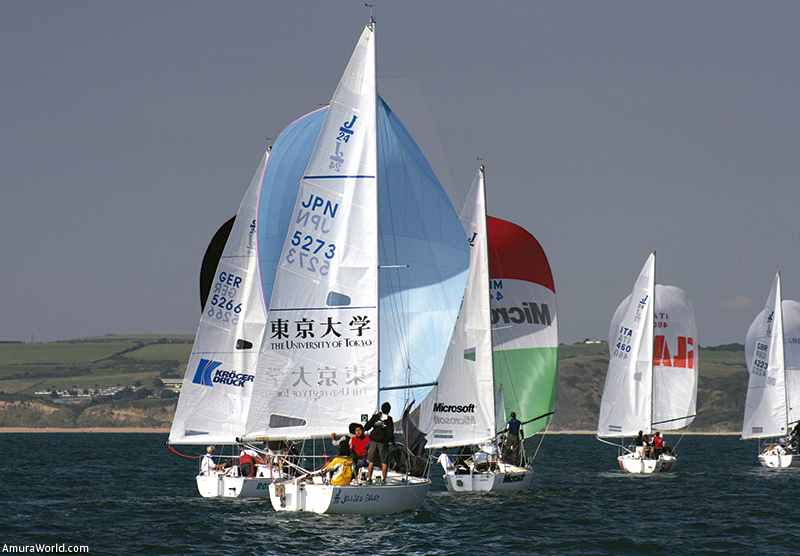 Sailing in world championships has meant navigating through cold waters, strong winds and challenging sea currents. For the first time in the history of these boats, the competition is to be held in temperate waters, warm temperatures and constant winds. For the first time in the history of World J24 Class Championships, the event will have a satellite monitoring system to follow the competitors on the Internet in real time from anywhere in the world. The Mexicans’ hospitality together with the support of the State Government of Nayarit and the Nuevo Vallarta Hoteliers’ Association will ensure that this event is the best World Championship in its history. 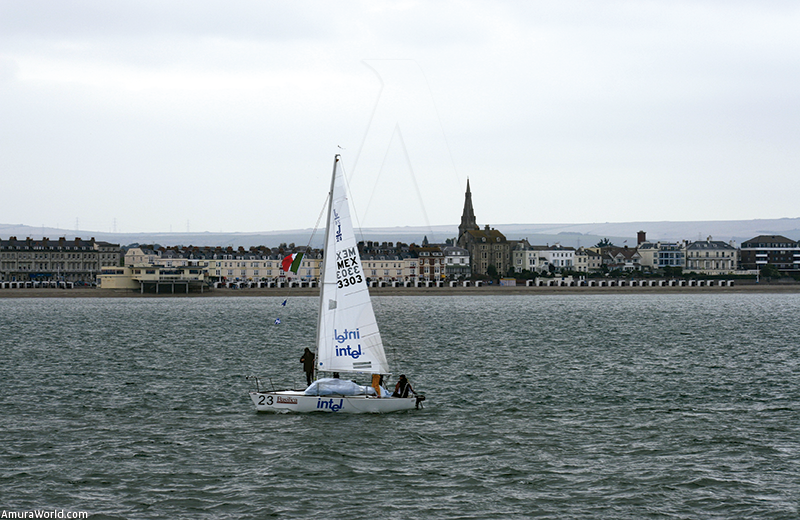