Amura team in the J24 class

The Amura team has a promising future ahead since it has an important combination of youth and experience that will enable it to achieve its objectives and demonstrate that it is the future of the J24 Class in Mexico.

The Class J24 has a long history in our country and is considered to be the most competitive category in sailing. In the fall of 2002, the J24 Class team called “Hakunamatata” was formed.

The skipper of the yacht “Amura”, Manuel Villarreal, has a good career in the sport since he has competed for many years in other classes and was a worthy representative of the Mexican Republic in the 2000 Olympics in Sydney. 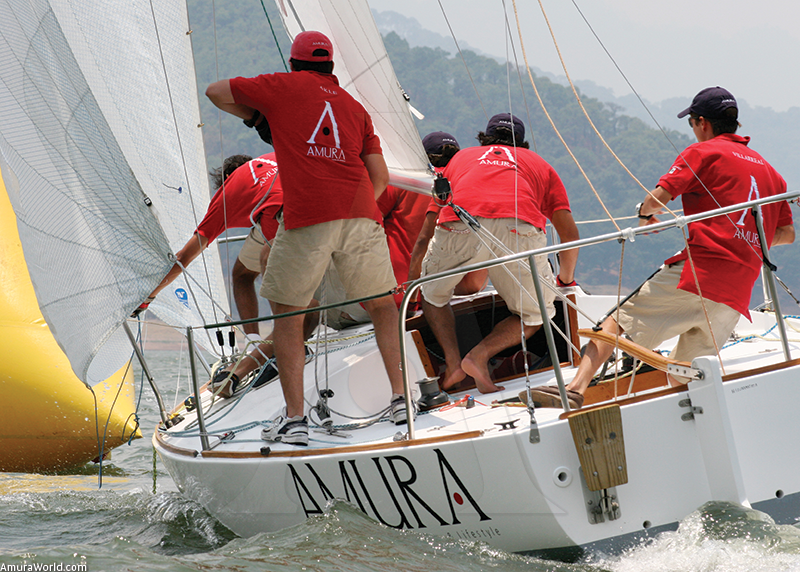 This team includes members with great experience, such as Olympic competitor Santiago Hernandez and the world champion José Akle. With a lot of enthusiasm to learn the sport and motivated to give their best, Eugenio de la Rosa, Santiago Gómez Mont, Alejandro Portilla and Alejandro Treviño join the team, making it the youngest in the J24 Class.

Manuel Villarreal, commented to Amura: “The team was slow to come together because we had to get used to the new boat, and the good understanding among the Hakunamatata team members will be fundamental to achieving excellent performance in competitions. Most of the crew started by learning the basics of this great sport and over time they acquired a specializations in each of the positions of competition on board the yacht”.

Training and the first regattas served to gain experience in the different positions that each crew member would adopt. The five positions on board are assigned as follows: 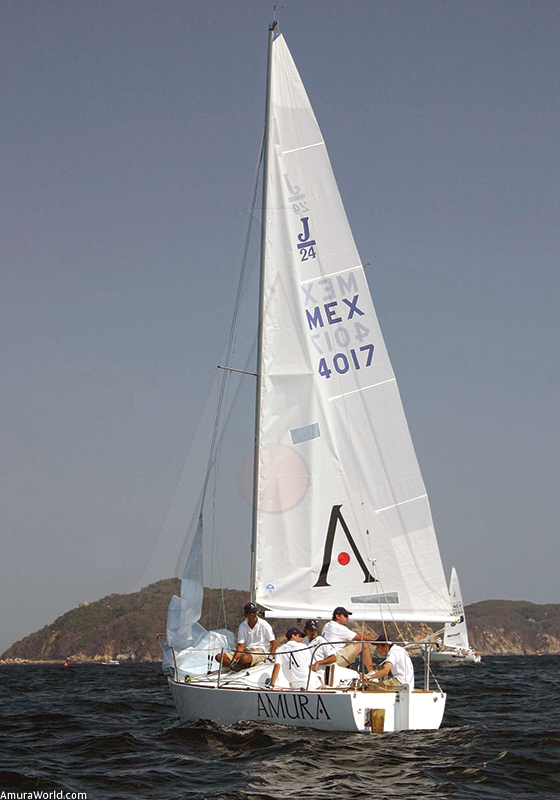 First position, helmsman: responsible for steering the yacht with the helm through the regatta course, as well as the mainsail.

Second position, sheet man: in charge of adjusting the second sail to gain more speed of the yacht all times with the different wind and wave conditions.

Third position, winch man: adjusts the sheets so that all the systems work correctly.

Fourth position controls all the mast adjustments and adjusts the variables that have to be worked as a team with the foredeck. 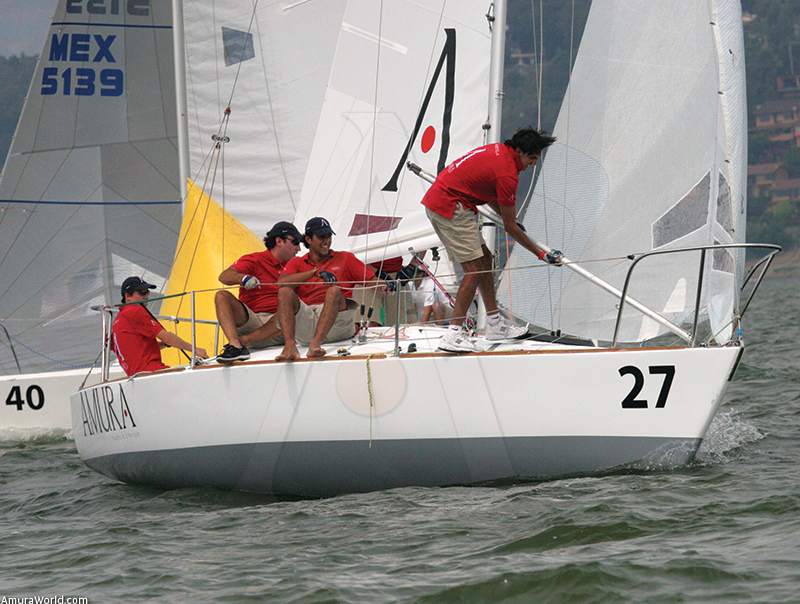 Besides these activities, all the crew members must pay attention to everything that happens both inside and outside the regatta course by observing the wind conditions, the currents, the waves and the climatic changes in order to share this información with their fellow crew members. Once this data is available, hte strategy to be fol- lowed is decided in order to be first across the fin- ish line. The winner is the team that makes the fewest mistakes and manage to combine experience and talent to make the right decisions that leads it to triumph over its competitors.

Over years of these intense competitions, the Hakunamatata Amura team has lived great experiences and has demonstrated that it can perform at the highest level. In 2005, it was announced that the World J24 Class Championship would be held in Nuevo Vallarta, Mexico and so the team's objective became clear: to form part of the Mexican team to represent our country against the rest of the world.

Throughout the year, the team has demonstrated, particularly in regattas held in Acapulco, that it has reached a high level of competitive maturity to contend for the first places at national level. Over the coming months, the team will continue training to earn a place on the Mexican team and represent Mexico worthily in the World Championship.

The Amura team has a promising future ahead since it has an important combination of youth and experience that will enable it to achieve its objectives and demonstrate that it is the future of the J24 Class in Mexico. 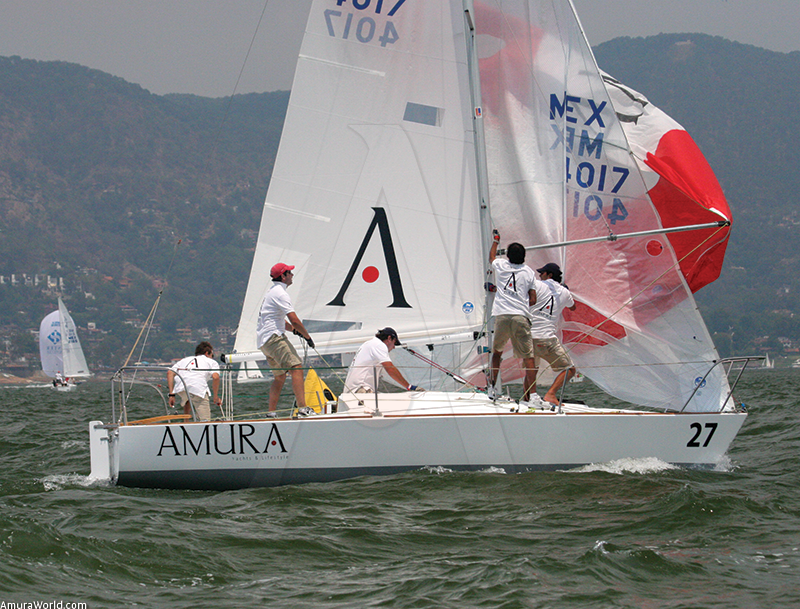