This boat is not well known in the nautical world on this side of the Atlantic, most probably because, when it was first launched, marketing was focused at Europe. Now, backed by 89 years of operation and with hundreds of boats delivered, it intends to enter the mexican and US markets, as well as others.

An interesting characteristic of the Astondoa 102 GLX is the design of its hull, which makes it more resistant to a restless sea. We can safely say that their hulls lessen this sensation, resulting in greater on board comfort. 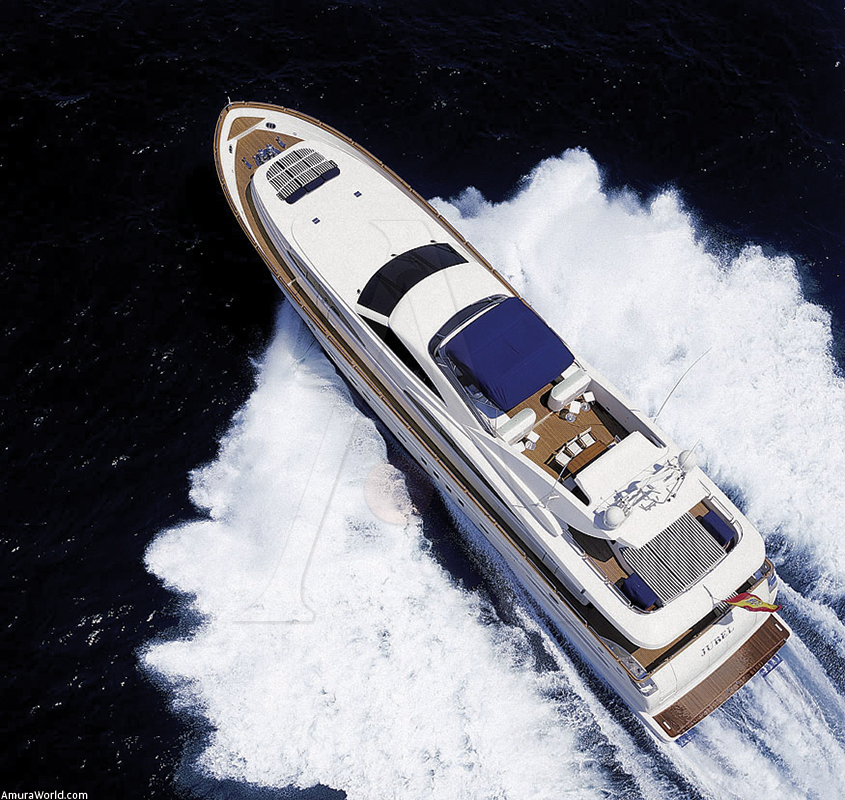 Within Astondoa’s range of boats, this model is classified as medium-large. It measures almost 32 meters (105 feet) in length, 10 meters (33 feet) smaller than the brand’s insignia yacht and 20 meters (66 feet) larger than the youngest member of the family. Especially notable is the color of the exterior: one ver- sion comes with the hull and exterior all in white and the other features a navy blue hull.

Inside, no expense has been spared. From the command center you can appreciate that this is a boat has been designed to please everyone, be it guests, crew and, obviously, the owner. Following the warm, welcoming tradition for which the Spanish people are known, each of the cabins has been meticulously equipped and decorated.

You can choose from three cabin distribution options. In option A the main stateroom, generously proportioned, is located on the poop deck and has a large bathroom with a dressing room and plasma TV. 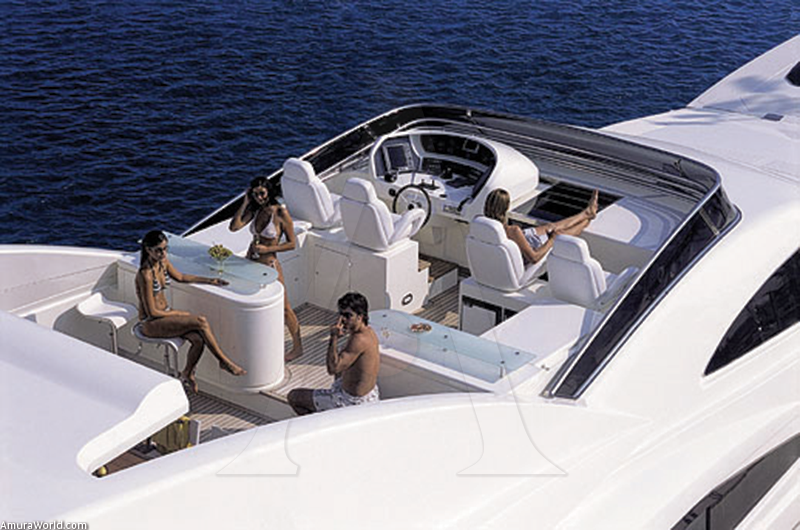 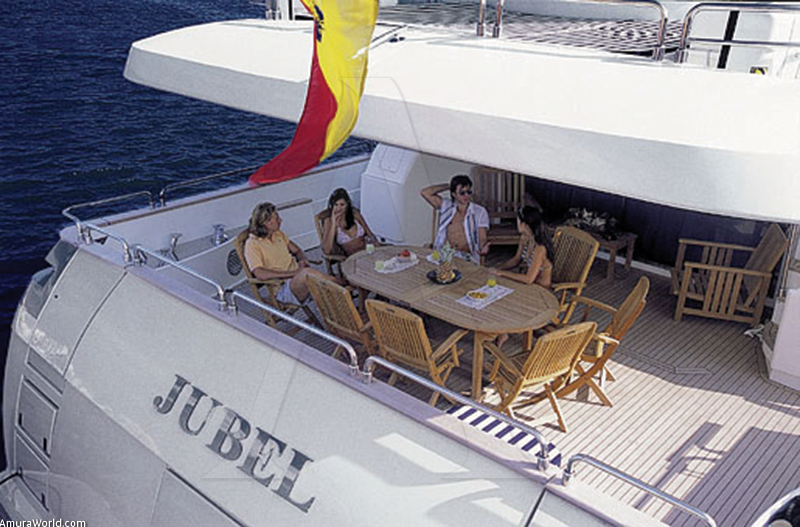 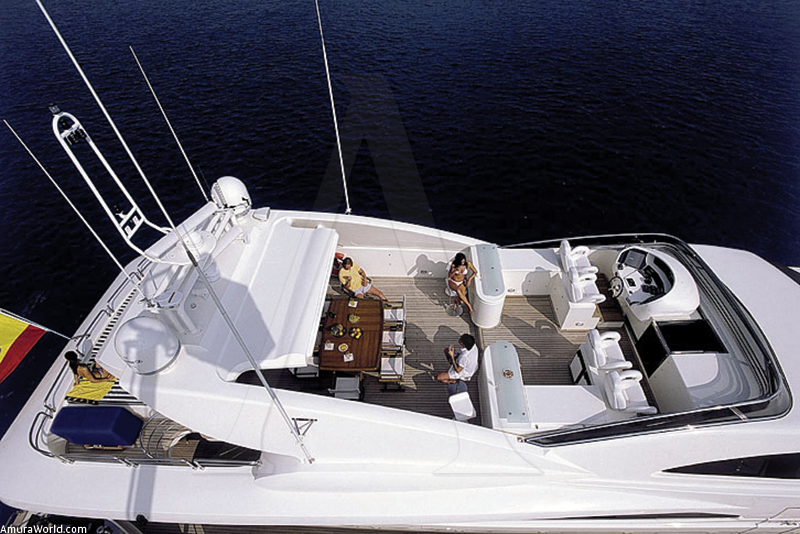 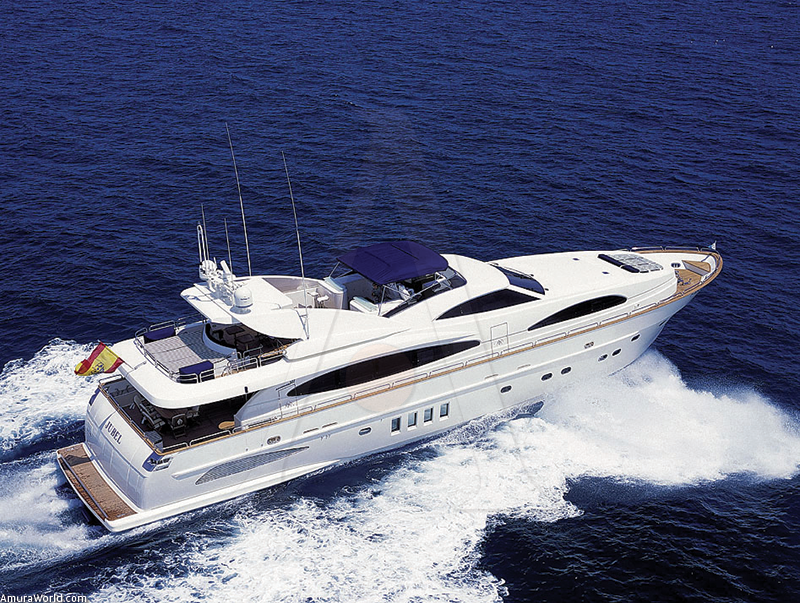 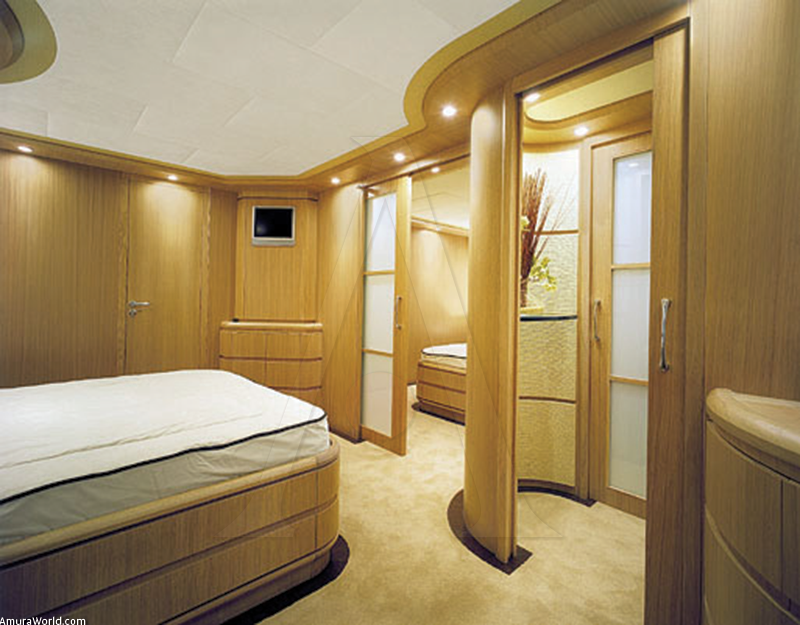 On the exterior are two sun decks, one above the storeroom for the auxiliary launch and other marine toys, and the other on the stem, behind the outdoor dining area, both set on the upper deck, with access to the exterior. 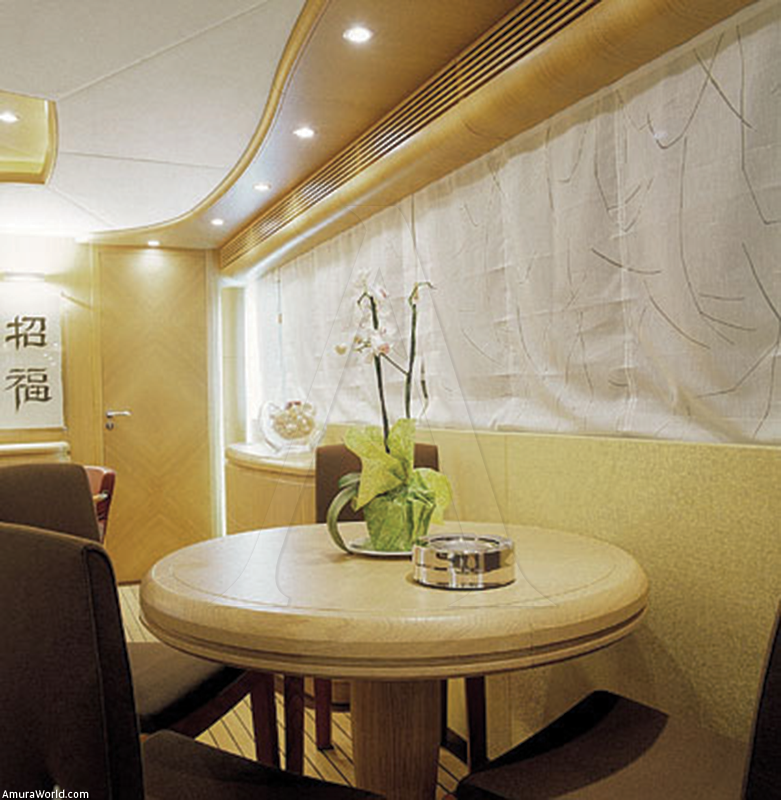 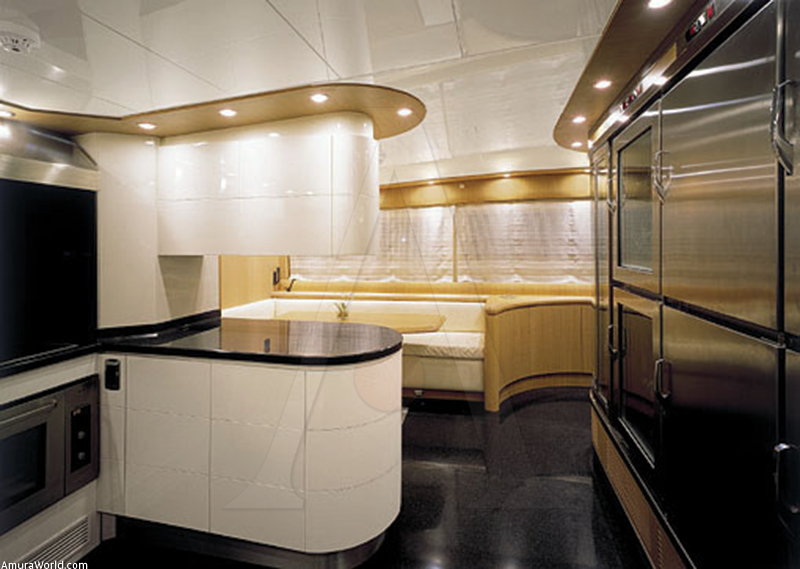 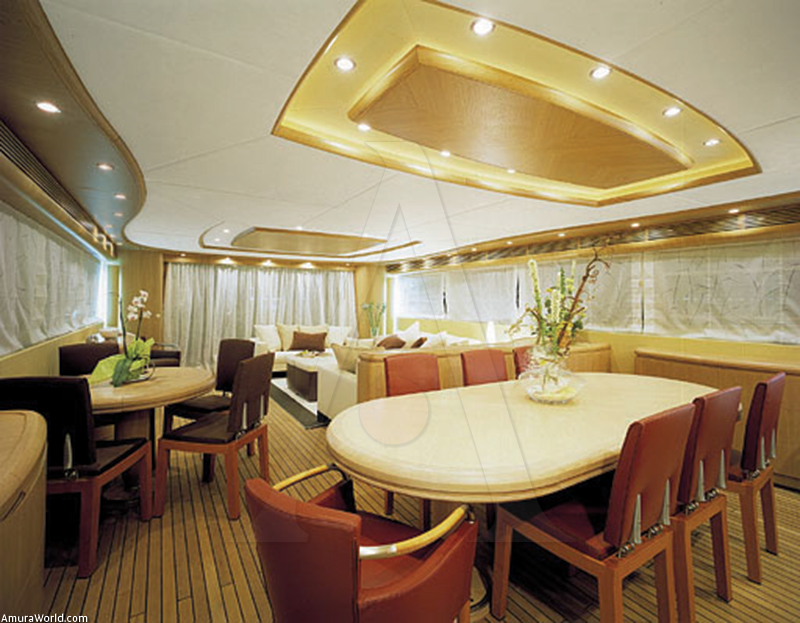 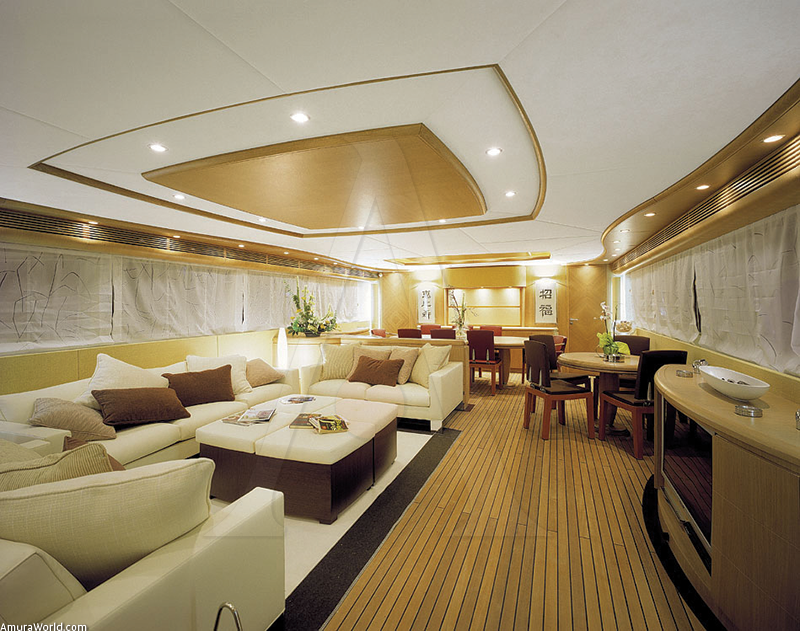