We can safely say that this edition of Amura is  about “rebel hulls”, not because it has to do  with a counterintelligence or paramilitary  group but because, curiously, this is the second boat  that has a hull of an uncommon color: in this case it is  blue, in the other gray.

Speaking specifically about this boat, we can say  that it is a real Italian pure blood, not only because of its  exceptional performance but also for all that is involved  in its construction. It would be unpardonable not to  mention its beautiful interiors, which are based on simplicity,  providing it with a sophisticated, elegant touch.

As to its characteristics, we can say it is a swift yacht,  with a maximum speed of 33.5 knots (62.05km/h), and  that if moves gracefully on the immensity of the sea.  Journeys are quick, thanks to its powerful engines:  its cruising speed is only 3.5 knots (6.5 km/h) below  its maximum capacity, which gives us an idea of its performance. When observing its exterior, it is easy to  perfectly distinguish the forms that Italian designers  have accustomed us to, whether it is in jewelry, sports  cars or, as in this case, boats: its continuous, simple,  well defined lines, from beginning to end, are pure elegance.

One of the exterior’s powerful features is its  contrasting hull in a dark shade. 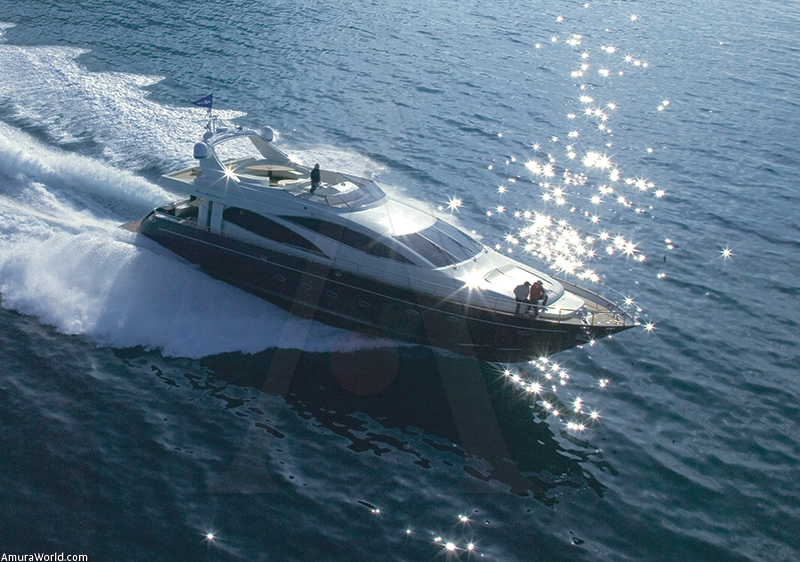 In the interior of this Italian pure blood you will  find an ample saloon decorated in the most pure minimalist  style, masterfully combining semi-light  woods with panels covered in cloth, light-toned  upholstery on the sofa and the two love seats and, in  the center of this room, a table covered in dark leather.

Towards the bow is the dining room, designed for  eight, the kitchen and, at the end, a small living room  next to the command post. This is from where you can  access the lower deck, where the cabins are located.

It should be noted that there are two versions  available. The first has a cabin for the owner, a VIP  suite and two cabins each with a single bed. The other  option is similar to the first but, instead of the VIP and  owner’s cabin, it has cabins with single beds, more  common areas and a small room.

In either of its presentations, the owner’s cabin  has a bathroom that takes advantage of the whole  beam of the boat. It also has a dressing room and a  small living room on the port side. The VIP suite features  all comforts, but has a much smaller bathroom  than the one in the owner’s cabin, and the two cabins  with single beds (or one, depending on the distribution  chosen) have a full, integrated bathroom. 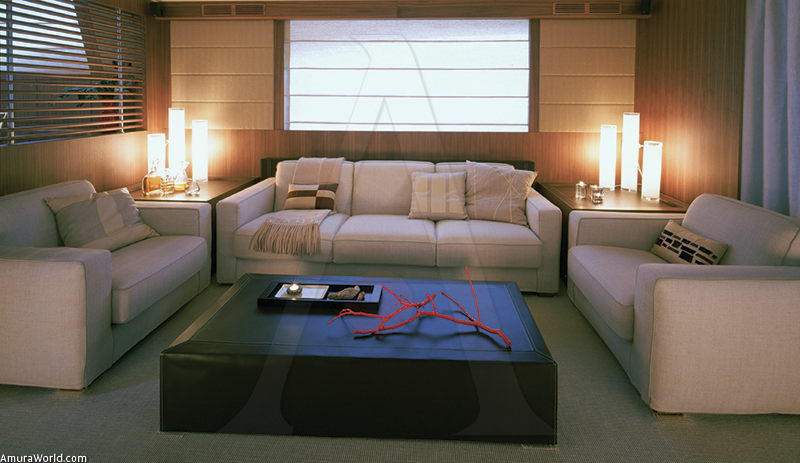 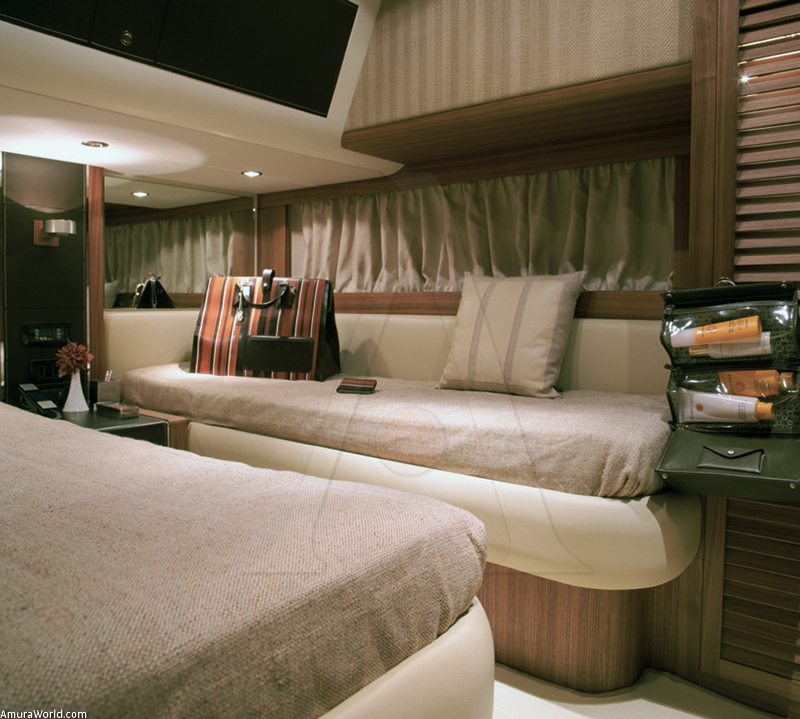 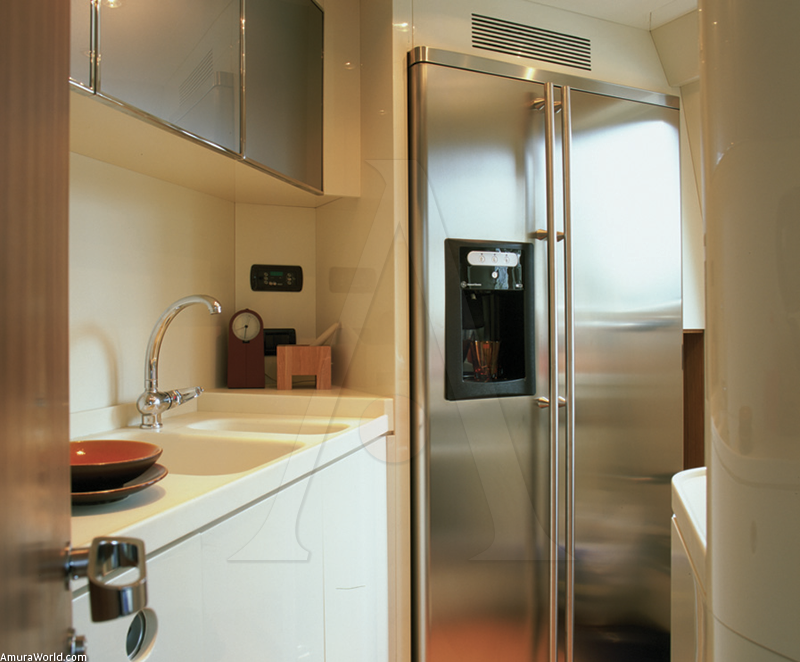