The market growth for open yachts has been quite impressive during the past few years; however, Azimut was a latecomer to the design and marketing of this yacht style. Nonetheless, with the advent of this sleek 68-foot power package they have claimed their leadership in design and performance. But what about her new, controversial design? The flashing pristine white and bright red carbon fiber hull and its large tear drop windows on either side of the cockpit are a trade mark of the Azimut design.

But now the Italian designers of the 68S have added nine square windows to the center of the hull topside. It would seem that it is breaking all design rules – but it really works, it’s classy, and it’s practical – you can actually see through them. While the area of each pane is relatively small, arranging them in a tight three-bythree rectangle actually fools the eye into seeing them as one big picture window with a view. They make quite an impression. Looking out from the owner’s stateroom, you feel you’re part of the seascape. 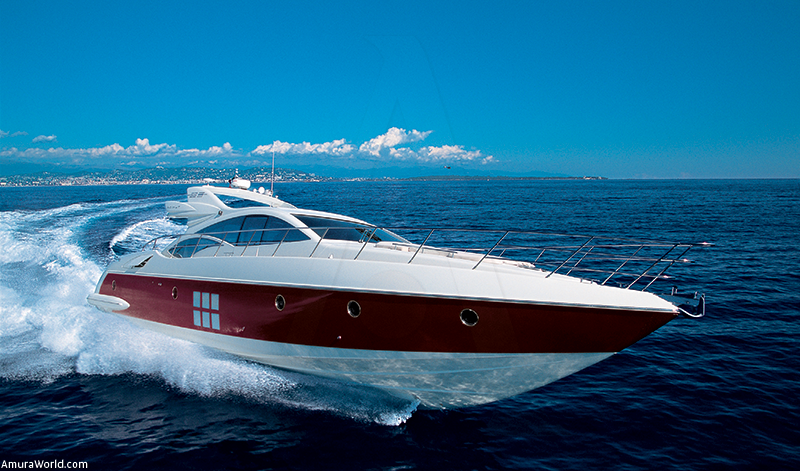 When it comes to gadgets, this boat is loaded. The 68S’s clever electro-hydraulic bathing platform slides down into the water, which allows for easy access to the tender and all water sports. The 68S may be technically a hardtop, but you wouldn’t necessarily know it because an enormous area of roof slides away to open up some 65 square feet of sky — an effect that has been achieved by simply dividing the sliding section into folding panels that stack, accordion-style, and tuck in neatly behind the radar arch. There are high-tech flourishes that Azimut prides itself on, particularly the maneuvering and mooring technology. There are two acoustic mooring sensors mounted on both the swim platform and the taffrail to cope with different heights of seawall, giving the helmsman an audible proximity warning when mooring stern-to. 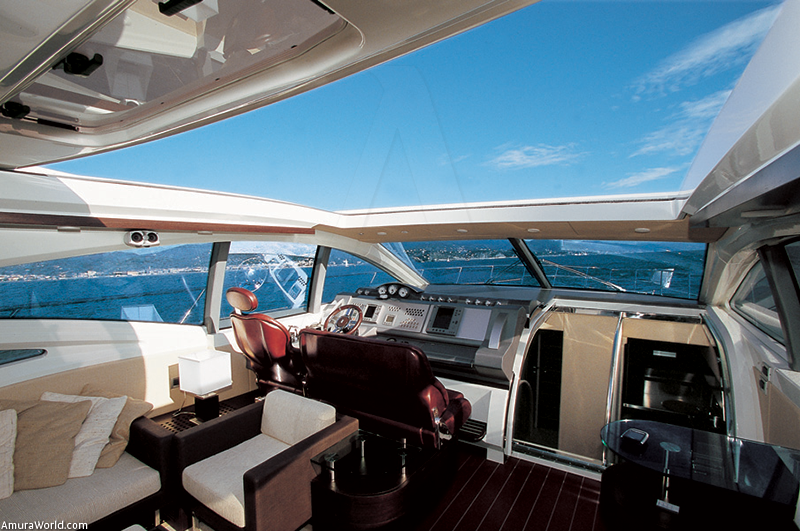 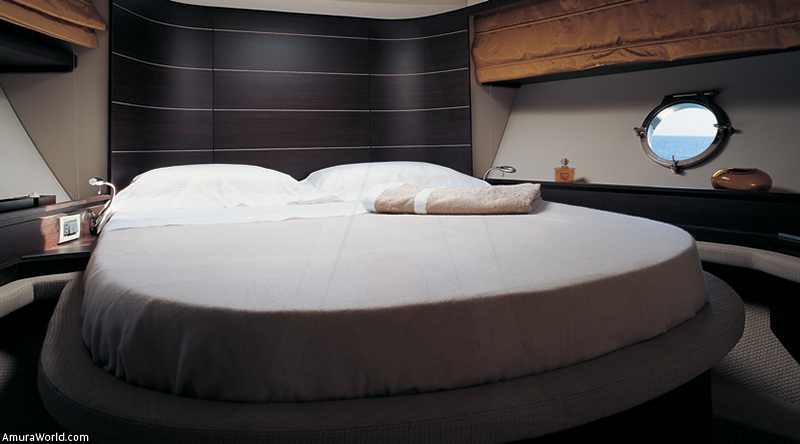 Unlike rival boats from other European shipbuilders, there is no saloon on the lower deck. The space saved has been put to excellent use not just in the owner’s stateroom, which occupies nearly half of the lower deck, but also in a usefully proportioned twin-berth guest suite on the port side and, of course, in the big, bright VIP suite in the bow. In the stern, meanwhile, there’s space for a 10'6" tender garage or optional crew cabin.

The décor includes silk blinds, naturally dark wood for the furniture and worktops. The overall effect, with so much emphasis on horizontal planes, stark right angles and a minimalist use of light, is fashionably cool and Asian and puts the 68S in the vanguard of current European boating style. But with cheerful upholstery and the funky use of glass in the head compartments, she’s not taking herself too seriously, either. It’s as if the designers wanted to remind their style-conscious customers that boating is meant to be fun. 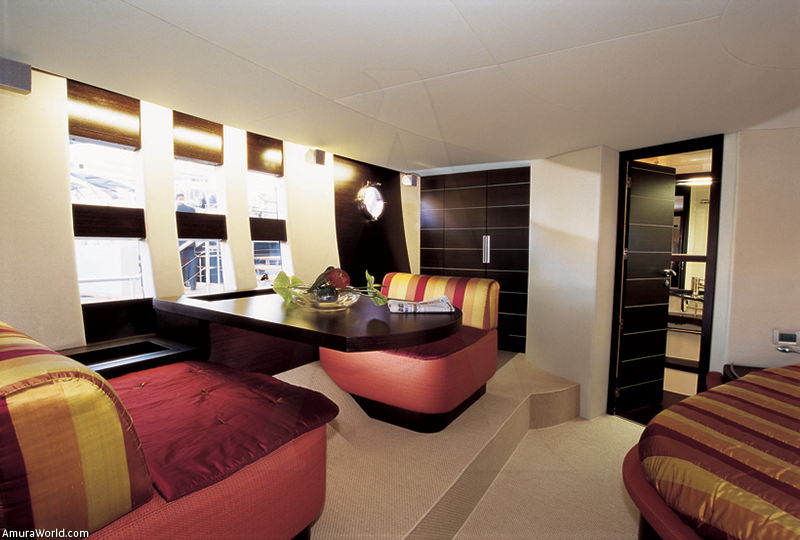