The Maltese Falcon by Perini Navi

A design and technology master piece

The same as the coveted gem embedded statuette, The Maltese Falcon is surrounded by luxury and splurge. This mega yacht was built for Tom Perkins, the American magnate, by Perini Navi in Turkey in 2006 and, with her, the door for a new generation of sea craft was open. In one and the same vessel, the latest in technology and the greatest in design were brought together.

For her construction, Perkins invested about 100 million euro; he sold her just three years after launching her, though, to Elena Ambrosiadou, one of the wealthiest businesswomen in the world, who currently charters her. 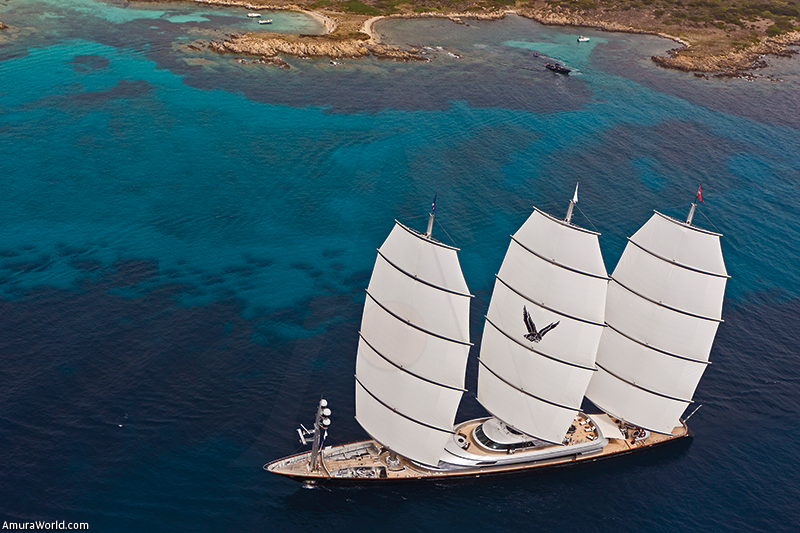 With a length of 289 feet (88 m) and 41 feet beam (12.6 m), the Maltese Falcon is one of the largest yachts in the world; in spite of weighing 1,240 tons, she can reach 20 knots; and sailing with her engines off, still she can reach 3,000 nautical miles, at 14 knots cruise speed. Nevertheless, her rigging system –the DynaRig—might be her most striking feature; a milestone in the history of sailing yachts. With a square rig, she has three carbon fiber rotating masts with six topsails each; the DynaRig was originally designed by Wilhem Prölss, in the sixties, aiming at giving the vessels additional propulsion. This system has attained in The Maltese Falcon its utmost expression.

There are 15 square sails set at her masts, measuring a total of 2,400 m2. Their unfurling is done from the bridge deck, and it takes about six minutes. All the navigation systems are automated so  it can be operated by a pair of people. 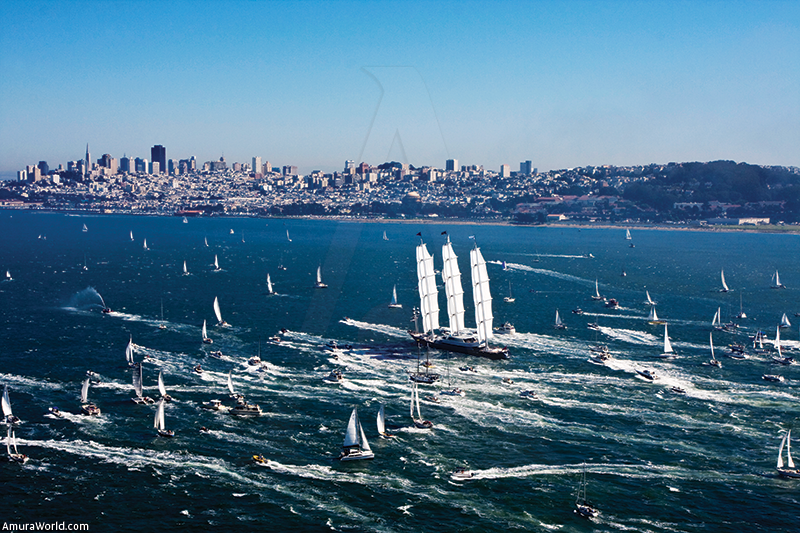 Despite nothing being spared regarding the use of technology, much less was it on her interior design and posh. The vessel’s emblem, The Maltese Falcon, embellishes pieces of furniture, walls and even her central mast. Her three decks are linked by a grand spiral staircase surrounding the main mast; the sheer crystal clear floor allows natural sunlight to shed through it.

A large space opens in order to place the main deck in it, from where one can enter a room, surrounded by walls adorned with contemporary art works; steel and leather being the key components of the latter-day furniture in it. This area is linked to the aft bridge deck and two lounges, plus an amazing open air dining area.

Serviced by a 16 people crew, she has room for lodging 12 guests in the five luxury cabins at her lower decks; in addition to a VIP cabin at her upper deck with a private gym, a whirlpool and a terrace. From this cabin one can access the bow wheel house The entire furniture and interiors are bedecked with leather, ebony and diverse types of marble, besides numerous works of art and sculptures; all of them intended to bring about the greatest relaxation and comfort to
her guests. 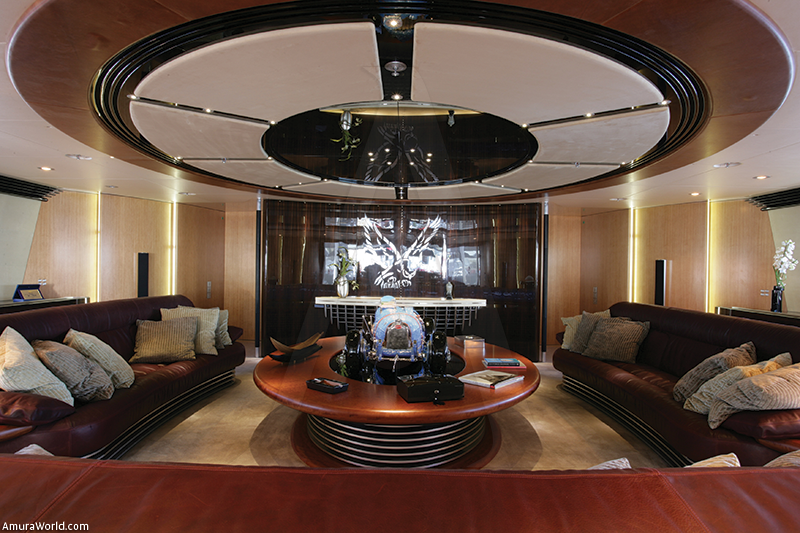 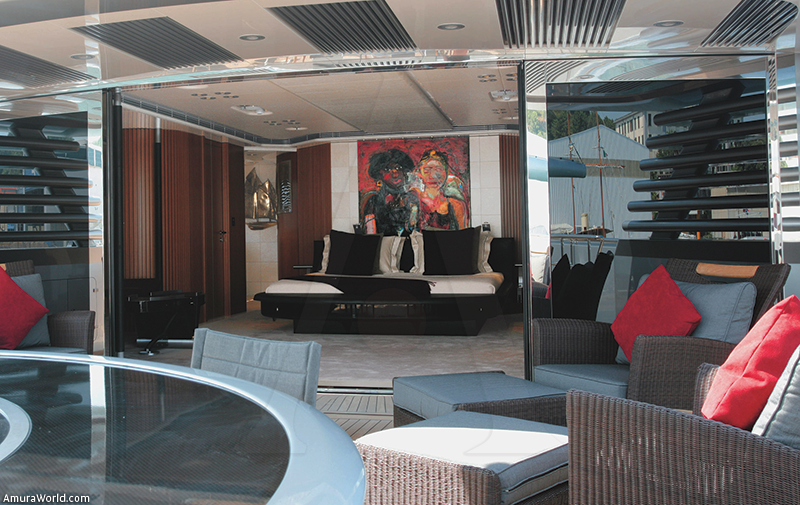 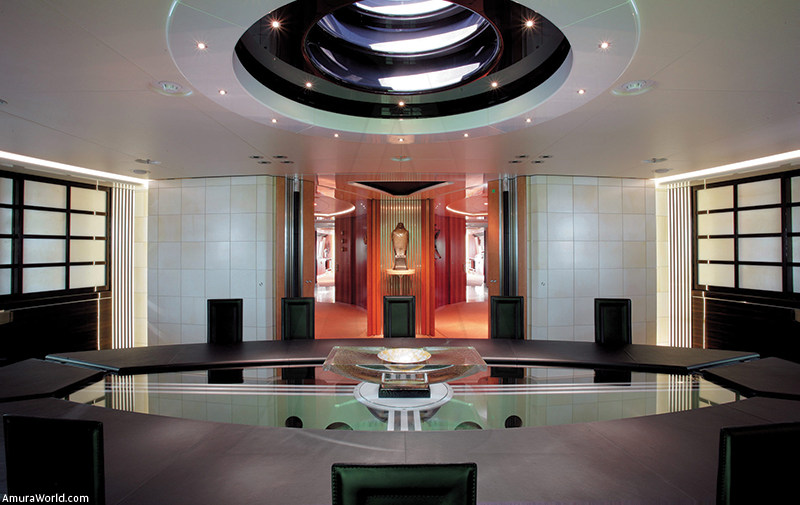 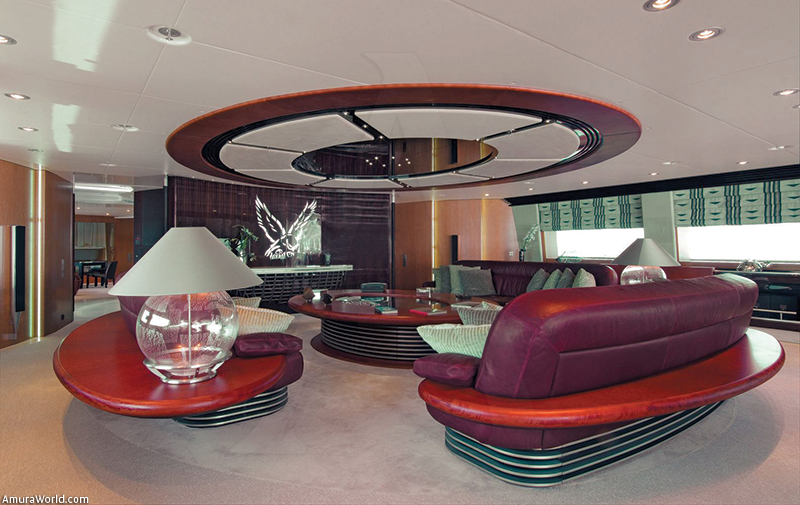 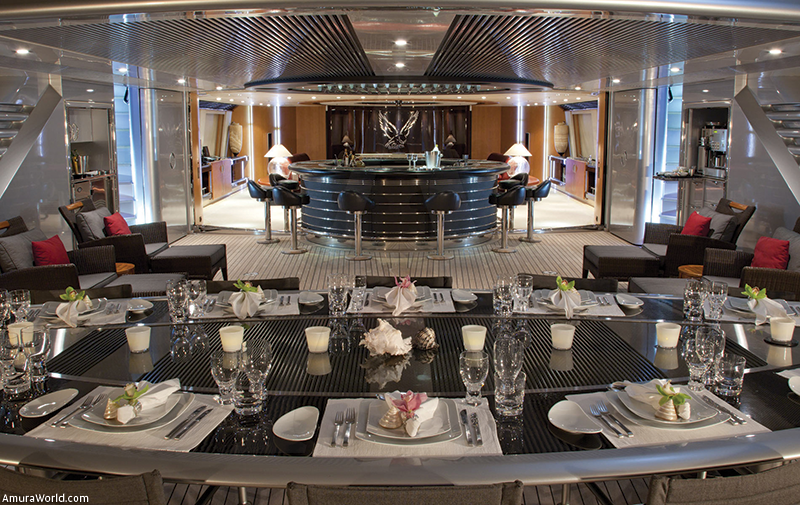 All of her services the same as all of her facilities are very ample; each cabin has got a LED TV set, a satellite signal receiver and a wide range of movies and music record collection. And if these were not enough, one may enjoy outdoor cinema, when the weather allows it. The lower spanker sail can be used to screen films; moreover, it is possible to adapt a portable sound system for these occasions.

She is also equipped for practicing aquatic sports for all tastes, from jet skis, Pascoe Rib Tenders, boats, kayaks and windsurf boards to a waterslide, an inflatable pool and diving equipment for fishing or snorkeling. 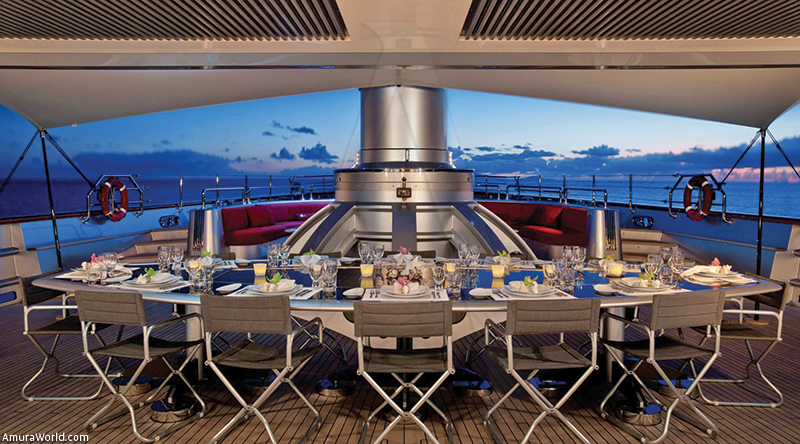 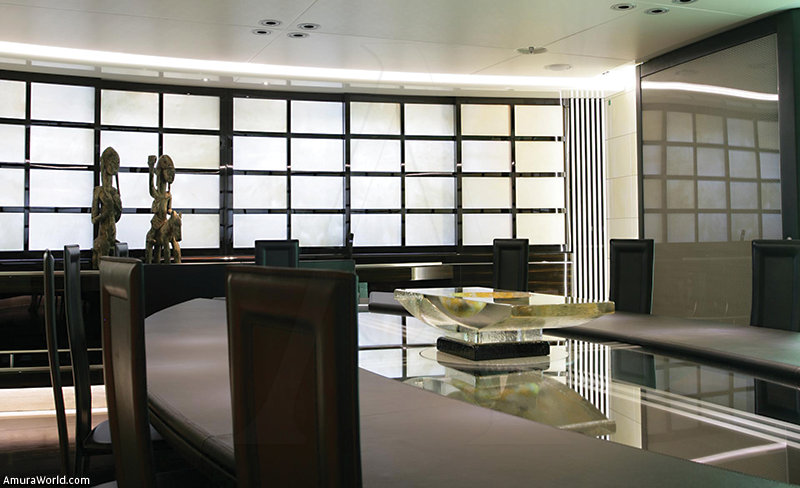 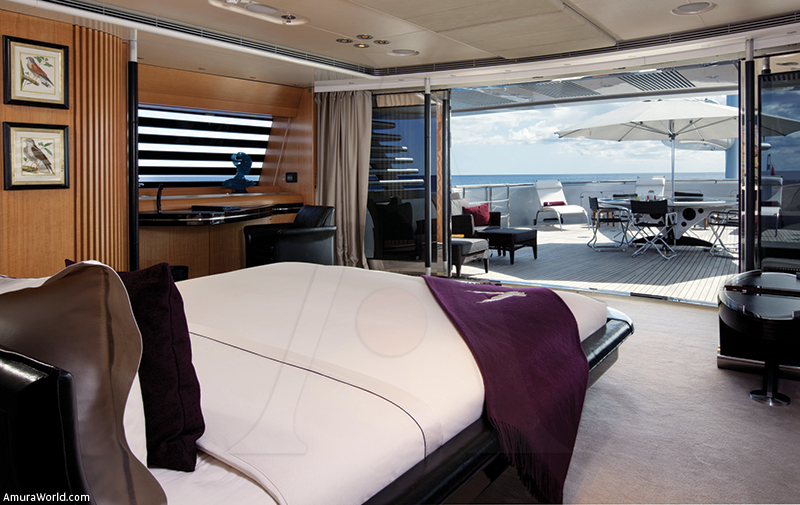 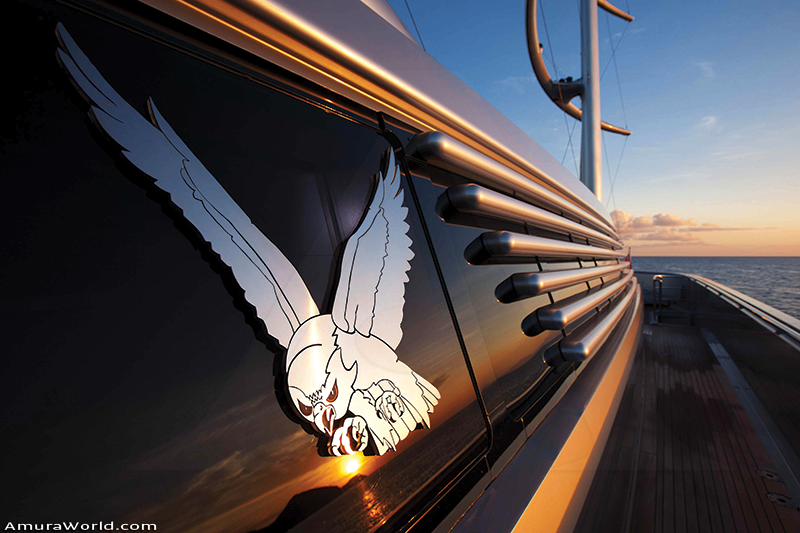 The Maltese Falcon has earned several international awards for her design and technology, being one of the groundbreaking and cutting edge sea craft ever. Due to this, a 240 page book was published in her honor, The Maltese Falcon: Art of Innovation, collecting a photographic record of 300 images; in addition to anecdotes and comments on her construction and evolution. As Tom Perkins himself said, “A yacht of such innovative beauty simply had to be built.” 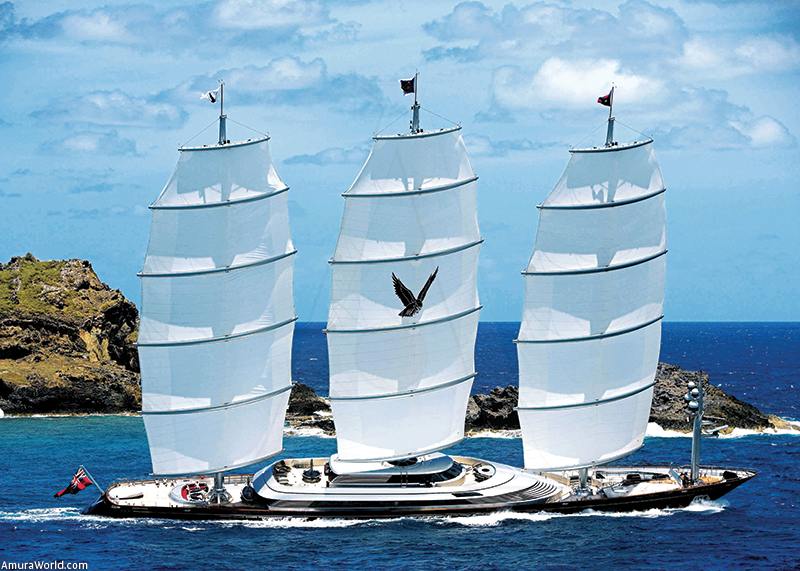