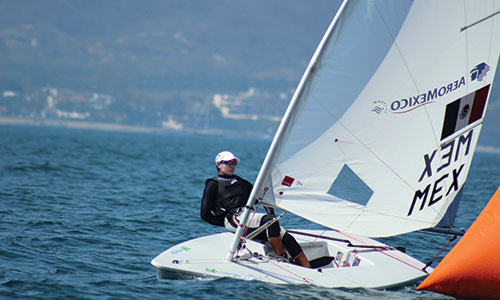 Ever since she was 7, while learning to sail in Valle de Bravo lake, she fell in love with one of the sports that demands the greatest physical and mental mettle. Her expertise and pluck have led her to become a member of the Top 10 world ranking for 9 years in a row. Such willpower even positioned her among the best 5 athletes in the planet, from 2005 to 2008; being the period 2007-2008 the peak of her career as the best in the world.

Her experience in the Sidney, 2000, and Athens, 2004 Olympic Games, the same as the triumphs she obtained in the Pan American Games in Santo Domingo, 2003, and in Rio de Janeiro, 2007, where she won a gold and 2 silver medals, respectively, made her the favorite to climb up the podium in the Beijing Olympics, 2008; however, an injury in her Achilles tendon prevented her from achieving it. "The sea is unpredictable, can be a calm day but there are a lot of days of rough seas," says Tania.

From this experience, this sportswoman decided to seek a second chance through sponsorships and grants on an independent basis, not as a member of the Federation. “The older you get, the more you learn a thing or two, something that is very valuable because this is a strategic sport”. 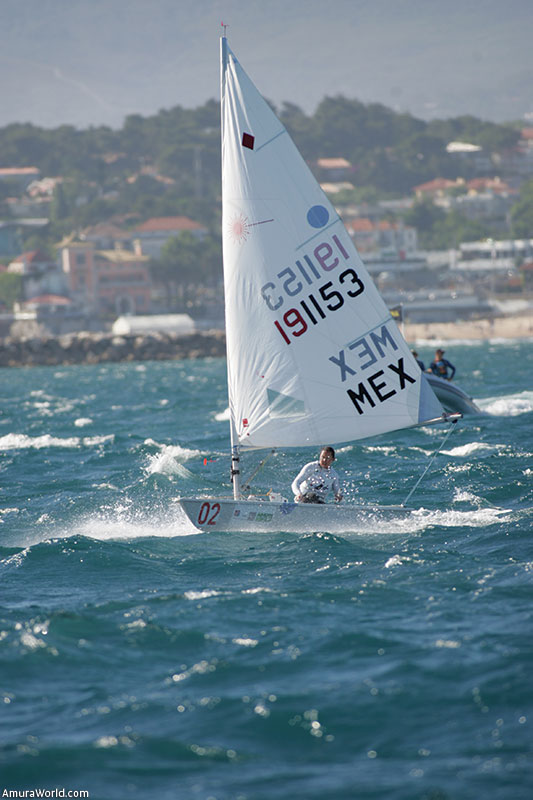 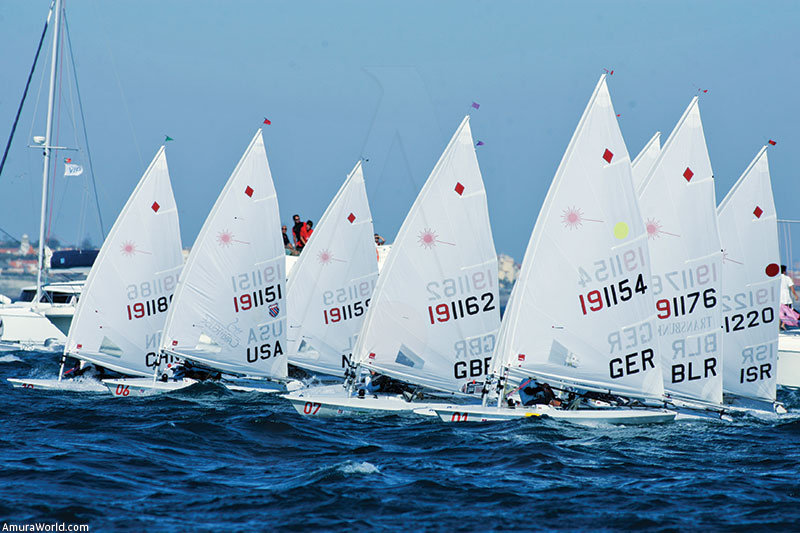 Acquired savvy and a vision of growing led her to set a Guinness World Record by navigating on her 4m length laser; from Los Cabos to Puerto Vallarta in Bahia de Banderas. “When I set the Guinness, it was all about a survival trip; the need to solve the GPS breakdown problem in order to reach the target; that’s all I kept in mind. All I was thinking was to solve it and go on…”

This time, the lack of a guide to arrive at safe port, demanded the best skills from the sailor, who had to stay 24hrs alert in order to accomplish it. “I barely slept; it was a 65 hour period in which I took short 5 and 20 minutes naps. This achievement allowed her to collect the necessary funds so as to cover the expenses for her preparation to vie in the London, 2012 Olympic Games.

At present, driven by this loverly spirit of contention, the author of the autobiographical book “El Desafío”, en busca de la Gloria Olímpica”, has decided to come out of her retirement announced in 2013.

“After London, I did need a period of disconnection; but, later on, the magnet started all over again, to attract and attract, so I had to pay attention”.

Considering this, her way to prepare involves to proceed to sea by pursuing the conquest of her fifth Olympic Games in Rio de Janeiro, 2016, and several other highly demanding competitions. “In September, a few weeks after the Olympics, the Transpac Challenge is coming; voyage that goes from San Francisco to Hawaii; it is a very important voyage”.This new stage imposes new great dares, such as her first solo tour around the world and the Barcelona World Race 2018; all of them as part of her preparation before facing her top challenge: the Vendeé Globe 2020.

Ranked as the most dangerous regatta in the world, the Vendeé Globe implies to travel solo around the world, in a tour that starts from the Port de Vendeé, France, “one goes south under Australia and New Zealand, and under Argentina, to go up around Brazil to arrive in Ecuador, where there is little wind but a lot of storms. While in the South Sea, the opposite happens: there they are called the  Roaring Forties (referring to their 40°S latitude, and the bellowing of the wind) and it is not about the wind, but the condition of huge waves” tells Tania.

One of the challenges to go into the Vendeé Globe lies on how to generate the right marketing to attract the needed sponsors; but before that, the athlete must focus on the first stage: the Barcelona World Base. “This one consists, also, of going around the globe, but along with another person on the same boat; this is a challenge that will put my name all around the world and thus draw the attention of many media.”

Tania Elías Calles is an independent professional athlete after a specific goal; that is why there will be a lot of firms interested in sponsoring her sailings. She also remarks the relevance of broadcasting them, above all, because it is the first time ever that Mexico has sport sailing render a significant media return on investment. Moreover, during 10 years in a row she has been distinguished as the best sailing woman, the only one contesting in an Olympic final in the history of Mexico (London, 2012). 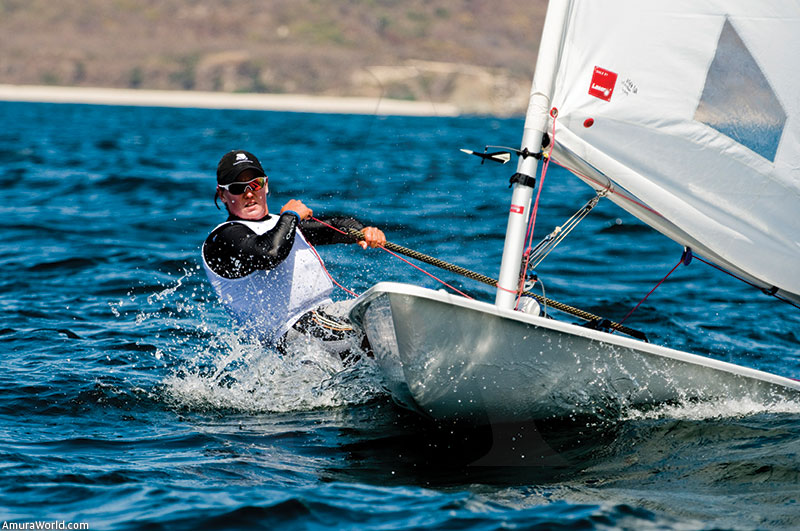 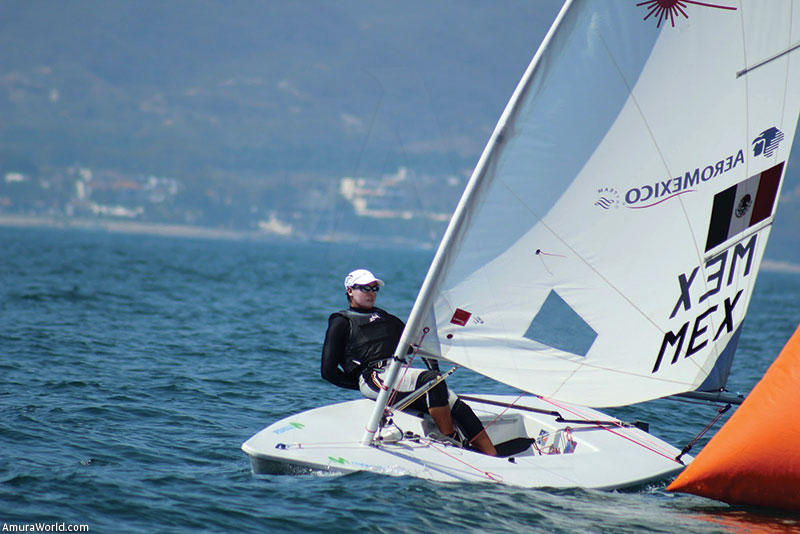 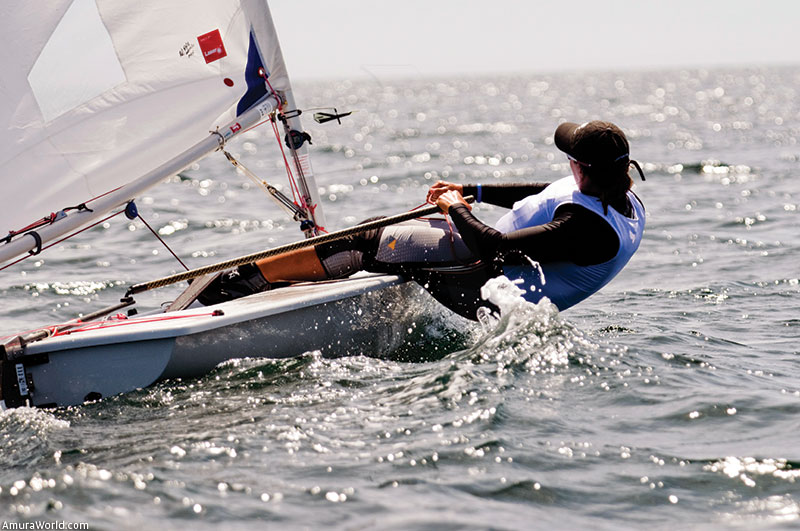 Aboard a dream without limits

Some of you may be acquainted with my career, some others may not. Ever since I was 6 years old, I have been a person passionate for adrenaline and sports. I realized my passion for sailing when I was very little, and since then it has been an ongoing process of setting goals, achieving them and then seeking some greater challenges. For me, boundaries simply do not exist.

I have contended in 4 Olympic Games and been on top of the world ranking, and on various regional podia such as the ones of the Central American and Caribbean Games and of the Pan American Games.

Today, I dream of reaching the “Everest” of my objectives; to compete in the most demanding and perilous competition there exists, accomplished solo around the planet: the Vendée Globe, in 2020.

In order to achieve it, I have structured my project on stages; each one interlocks with an immediate marketing project so as to be able to obtain the sponsorships needed for the next competition. Everything commences with my return to the Olympic sailing contests and the pursuit of the ranking for my 5th Olympics in Rio de Janeiro 2016. Today I have the opportunity to re-write the end of my sportive career in dinghy sailing; and I am sure this will be the best upshot in my career.

The No Boundaries project Phase One is starting in September, 2016. I have decided to set a new world record by touring a distance 8 times greater than the record I set in 2010; about 2,400 m from California to Hawaii on board a laser radial (a 14 feet long dinghy.)

Phase Two will be my first tour around the planet in the Regatta Barcelona World Race, in 2018; a similar route to the one I will take in the Vendée Globe, but this time in a pair; that is, I will have another crewmember on board. The final objective will be the Vendée Globe in the year 2020.

The project takes into account the production of a documentary about my transformation as an elite single-handed sailing Olympic athlete.

I invite you to follow me in the process and to live day after day this adventure.