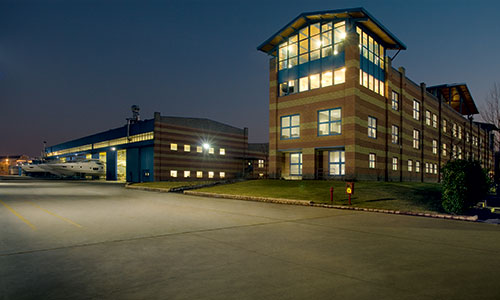 The perfection of "Made in Italy"

Ever since it was founded in the 1970s in Turin, Italy, by the businessman Paolo Vitelli, Azimut Yachts distinguished itself by improving constantly, on an international scale, with over 40 years to attest to it. It has earned its place amongst the most recognized shipbuilders. Currently, as Azimut-Benetti Group, it is acclaimed for its innovations and designs.

In our country, Azimut Yachts Mexico has spearheaded the sports navigation industry since 1988; it has traced a path that has allowed it to reach a most coveted goal: round-up 2015 as the number one team in sales and customer service.

Furthermore, it has earned eminence as an enterprise oriented towards top-tier brand outreach, by way of highly specialized technicians, all who a prepared to provide a world-class service in all areas. 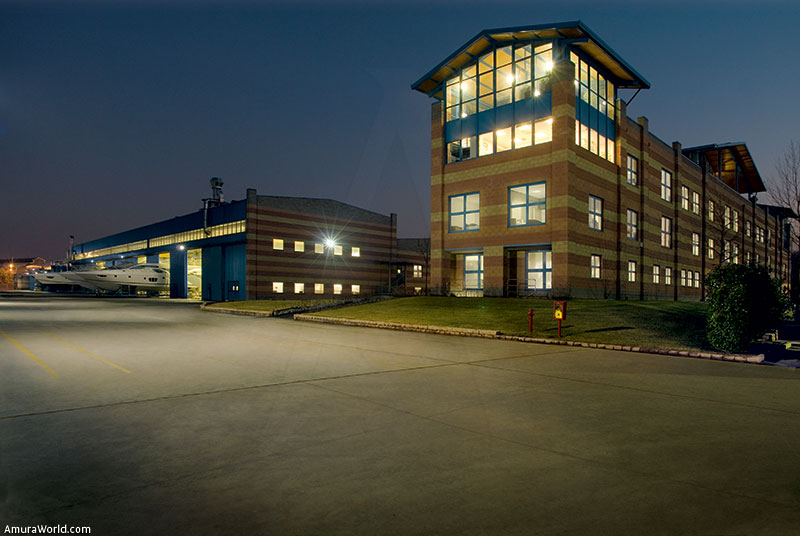 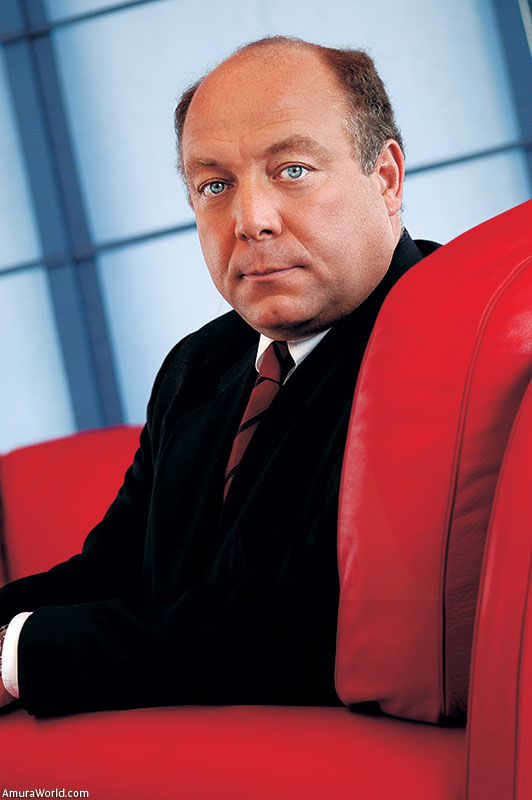 Under the Mexico Grand Prix Formula 1, Amura Yachts & Lifestyle, had the privilege of talking with Ugo Garassino, Director of Azimut Superyachts Seccion (75'-120'), who told us about the unique features of this Italian firm of excellent, unique vessels.

The main characteristic is the line of the boat which is very modern, it’s steel profile, the potential of it's interiors, the details of the decoration that are completely made in Italy, it possesses a deep Italian design and the maximization of usage in storage space. Every Azimut yacht has achieved a very soft navigation.

What is the definition of innovation for you and what are the plans for achieving it?

One of Azimut’s strongest points has always been innovation; actually we have a large research group which is composed of 20 engineers.We also have a permanent association with the Italian University of Pisa, in Genova.

Our team created a new type of hull which is very efficient. In the past we were the first to invent a feature of garage at the door,  we were also the first to put the jacuzzi outdoors, on the flybridge, we created a window you could open, in a boat this it not quite easy. We were the first to put in grand windows also, they were made of fiberglass; this was a challenge due to the delicate material, if it were to break, water would get in the boat. We were the first shipyard in creating this; the project was approved and then replicated by other companies. Now we are working on a green vessel, we are trying to put less pollution in it’s production and we have achieved to lower it. The pollution it creates, we are also interest in the health of our employees and workers. We have accomplished a pretigious certification, which is the BS OHSAS 18001; it gives testimony to our compromise in the subject. We only use teak of certified means. We are also using a great quiantity of biodegradable matearials; also fabrics that are safe for the environment.

We are also working on hybrid propulsions and solar panels in order to add certain equippments into our vessels and be able to work with them.  This is only the beginning.

How far away are we from that change?

The hybrid propulsion has already been made,  the electric system wasn’t such a change, you could only get along eight knots. This new system will be much more efficient than now, as well as the solar panels. Three years ago we had a trial, we powered some audio-video equipment and other appliances; we need more time to complete the job, we have great results but not perfect, so we are not in the position of putting it into production.

This is just the beginning.  One of the aspects that make Azimut so different, as I had said before, was innovation it's one of the main points. We are trying to put new ideas in the market, this along the Italian style is what is making Azimut so popular worldwide, as well as having a global demand.

How have you managed to develop new projects for the firm?

Generally our group creates almost three new models per year, the models are launched in major Italian boat shows. For each project we decide where to launch it, depending on the time period the model is coming out. We usually always send vessels for Genoa and Cannes.

Could you tell us more about these new models?

In Fort Lauderdale we will have the premiere launch for the United States of Azimut 72 Flybridge, Azimut 77 S, Atlantis 43 and the  Magellano 76'.

What is it that you like most about these boats?

The 77 S I think has the most beautiful line, it is very clean and clear, very aesthetic. Atlantis possesses all the characteristic of a large vessel in a smaller version, 72 is the core and the center of Azimut. In 72 feet we have features that are quite unique, usually yachts of 80 ft have them; they empower it, it’s the winner of this category by far.

We launched the boat in Cannes and in one month we sold 10 vessels.

Finally, the Magellano 76' is the insignia vessel of the Magellano line. This yacht has insired great interest during the Lauderdale Boat Show; I truly believe it will have huge impact and great success in all the American continent.

What is the strategy of the shipyard toward its expansion?

We have an international mindset. With over 70 yacht dealerships in the world and several headquarters, as well as sell points in more than 140 countries we achieve this estate of mind. Since 1984 we were one of the first shipyards exporting into the U.S. Our CEO pushes us to have a view toward a global market. Our turnover is nearly 40% from Europe and Italy and 60% from other parts of the world. We are selling boats in Australia, New Zeland, Asia, China, etc.

What does the Mexican market represent for the company?

It is very important, we began with this market in 1988. It was the number one market for a long time; after the global economic crisis we also had a good market in Argentina, Uruguay, Paraguay, Colombia and Venezuela. We have a shipyard that builds boats in Brazil too.

Mexico in particular is a country that has a very good presence, we have sold 25 boats in the last 12 months. Amongst these there is a Benetti of 40m and two  115, which is Azimut’s flagship yacht. When a client purchases the boat only by looking at it’s render it's a true accomplishment. This means they believe in our shipyard and it’s quality.

What do these 25 boats represent for Azimut?

Mexico is now the second country that represents our turnover, it has the potential to make a comeback to number one. Currently the US has the first place, but this is due to it’s vastness.

May we talk a bit more about the customer service?

For a long time Azimut has put attention toward the service and guarantee of it's models worldwide. Our team around the globe have been given a sytem called INTRANET (called "Sestante"),  in 24 hours of any eventual problem happening or any neccesity of an Azimut yacht within it's area of responsability. Throughout this digital system, which is fast and efficient, Azimut (alongside it's net of providers), will make sure that the owner recieves a first class service in the shortest time possible. Additionally, we have the biggest spare wearhouse in Fort Lauderdale ($1,000,000 USD in spare parts), this means we can send any replacement piece in only a day throughout America; we send a technitian and the yachts will be ready to continue. Our objective is that with these services your ship is ready to function 100% of the times. If you have a problem during your vacations, we will give you the courtesy of lending you another vessel -only if you are in Europe-, we have the intention of expanding this service.

Where do you consider the Azimut market is heading?

I think the trend is to go for bigger and bigger boats. This trend is palpable in Azimut and in Benetti, now the last shipyard is heading a mark of over the 60 meters, we are currently under contruction of 3 vessels of 100 meters.

50 meters used to be the most grand ship you could have, it was the standard. Now we have gigayachts which start from 65 meters. We have had to built a shipyard specially for these kind of projects.

What are your plans for the future?

Our company is owned by a single person, we are reinvesting our full income in the shipyard. This has given us the possibility to build new products. I think we will continue to be one hundred percent Italian, we won’t be having foreign partners any time soon.

This “made in Italy” factor and the Italian ownership is quite important. In fact, for Azimut "Made in Italy"  is not only a lable attached to a product. The truth is that these three little words of "Made in Italy" are the sum of the great expirence of a fusion that preceeds design, creativity, artistry and quality; these three words have turned into the base of our universal language and it's known and appreciated around the world.

For over 40 years, quality has been our modus operandi. Full control proccess in everything we do, as well as our partners. Azimut believes in investigation and design, in the development and renewal of constant production techniques; but all these efforts wouldn't have a meaning if they weren't mixed with good taste and creativity, these elements have lways been characterized in our history and culture.

Our products, our ships are the only embassadors of Italian style in the world. All the identity of the Azimut Yachts brand has been renovated. The publicity campaigns, web pages, and image in the yacht salons, as well as catalouges, have a target, to portray the true values of the "Made in Italy" factor in all the contact points of our clients. The pride you feel when you enter and participate in a world that is characterized by the style and excellence of  "Made in Italy", will become an unforgettable expirience of contact with a name that was an exceptional level worldwide.

What is your definition of elegance?

This varies in every country. We are quite lucky because historically Italy is considered the king of design, elegance and style. Automatically people assume that whatever we produce will be quite elegant. I can see that wherever  I travel people really appreciate this, they sell the “Italian Style”. This is very useful for us.

Azimut as a group is by far the most international group all over the world. Being this way, purchasing an Azimut is making an investment. 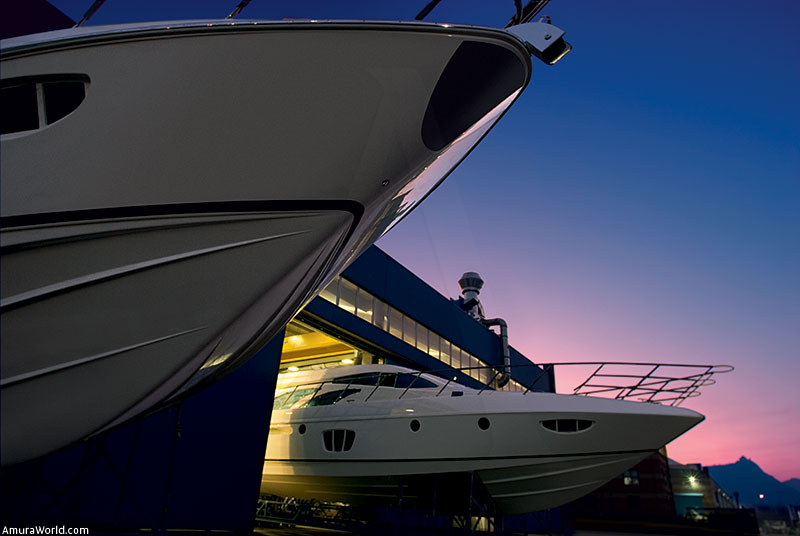