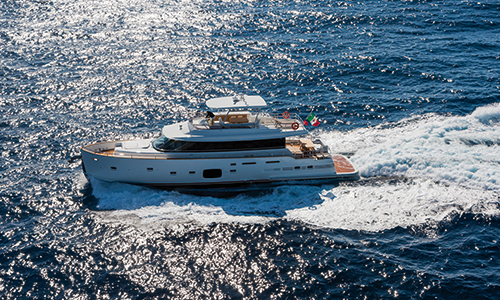 During the Fort Lauderdale International Boat Show (Flibs) 2015 –one of the greatest expositions in the nautic world-, assistants witnessed the most impressive yachts on the globe; as well as the most relevant launches within this segments: electronic devices, engines, and thousands of accessories and equipment.

In this context, Azimut Yachts had an outstanding participation through the presentation of its 16 most innovative models, four of them were presented for the first time in the North American market: 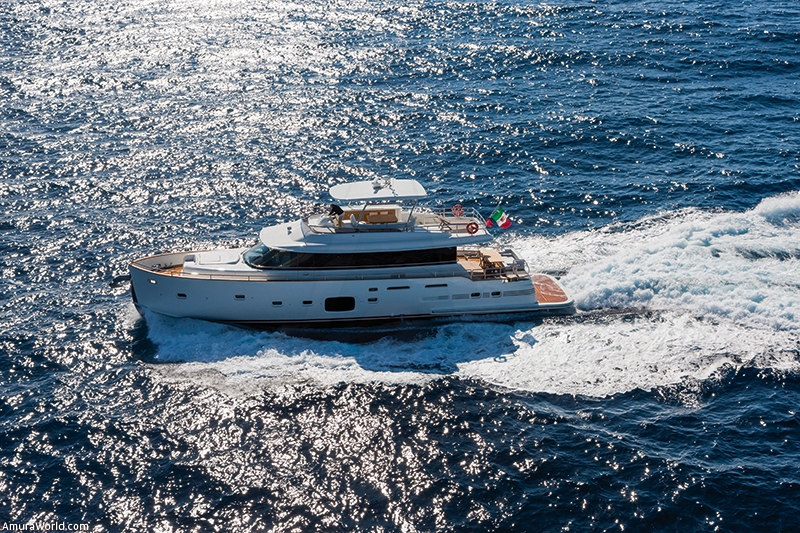 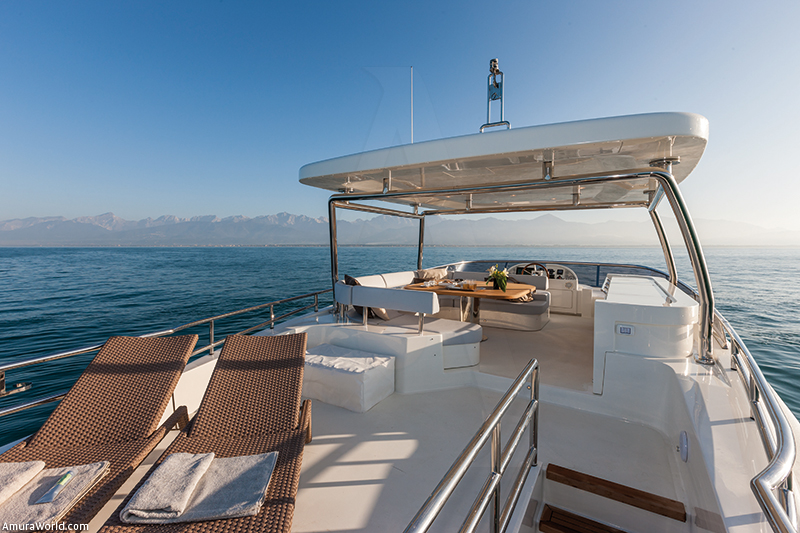 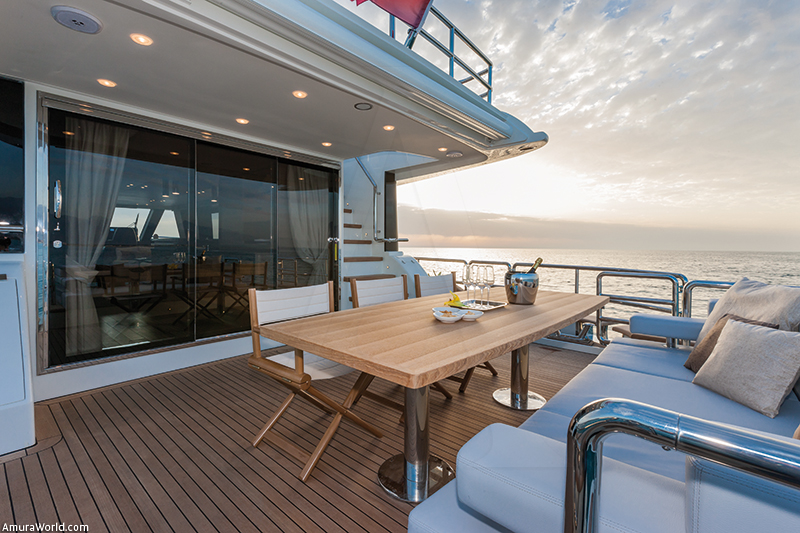 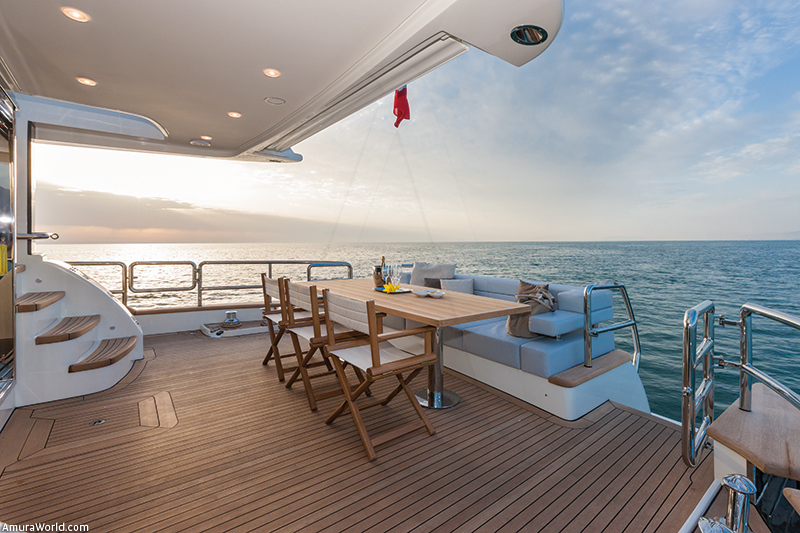 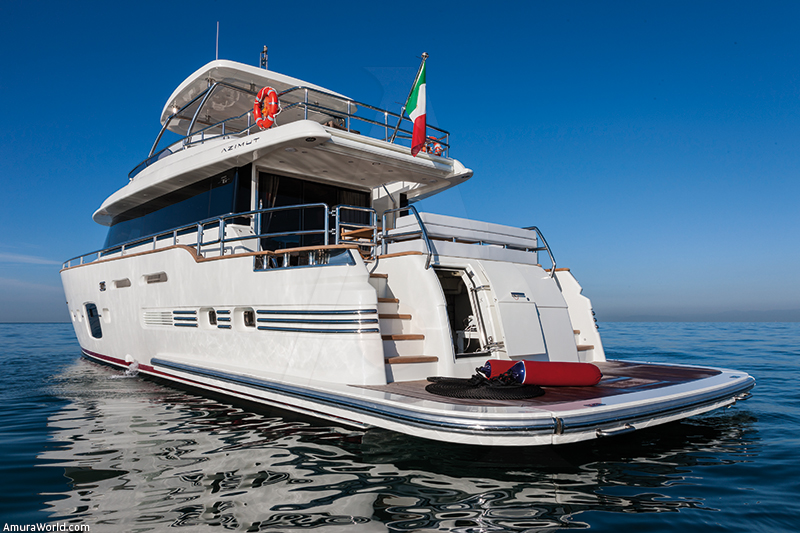 Azimut 72, stood out as the 3.0 revolution of the Flybridge collection, which is distinguished by it’s elegant and revolutionary style, introduced as a state-of-the-art yacht; this vessel is quite modern due to it’s construction technique.

On the other hand, Azimut Atlantis 43, was characterized as the most sportive and bold element of the shipyard; with a fresh exterior and a refined taste in its interior. The Atlantis collection turned heads with it’s purest Italian design.

As far as the lines of 77S by Azimut go, it was emphasized that it incarnates a special synthesis of estilic innovation, as well as technological and functional - this is found in all the most collections from the Italian shipyard-.

Finally, for the Magellano 76, Azimut stood out the design objectives with autonomy in the maximum commodity of a cruise - even with high and low speed- which has the liberty   of going several resolutions when necessary. The reinterpretation of the traditional Italian toe ship are the emblem of Azimut’s DNA.

The new sailor of the seas

Azimut’s Magellano (43, 50 and the new 76) -even when a medium length cruise is mentioned-  has generated a grand impact world wide during the last times.

Particularly Megallano 76, which is distinguished by its strong aspect and exceptional versatility; it has been positioned as the insignia vessel of the line. This is a new model that takes back the strong points of its predecessor, the Azimut Magellano 74; however, it does show a new dimension alongside several innovations in it’s design and interior, qualities that grant a more comfortable stay.

The Azimut Magellano collection was planned and conceived in 2009 with the objective of offering a solution for those who find it difficult to remain in a port despite the unfavorable climatic conditions; it’s for those who love the sea in all its manifestations.

The design of the Magellano is based in a high grade of autonomy, joined with the facility of its navigation, may they be tranquil journeys or the feeling of liberty when sailing with greater speed.

The Megalleno collection has a strong point in common: it’s unique shape of hull in "Dual Mode", which presents round forms throughout its keel, delimited discis on sharp and pronounced  borders, a great capacity in the frontal section of the hull and the vertical bow; these factors allow a great plough and stability. una gran capacidad en la sección delantera 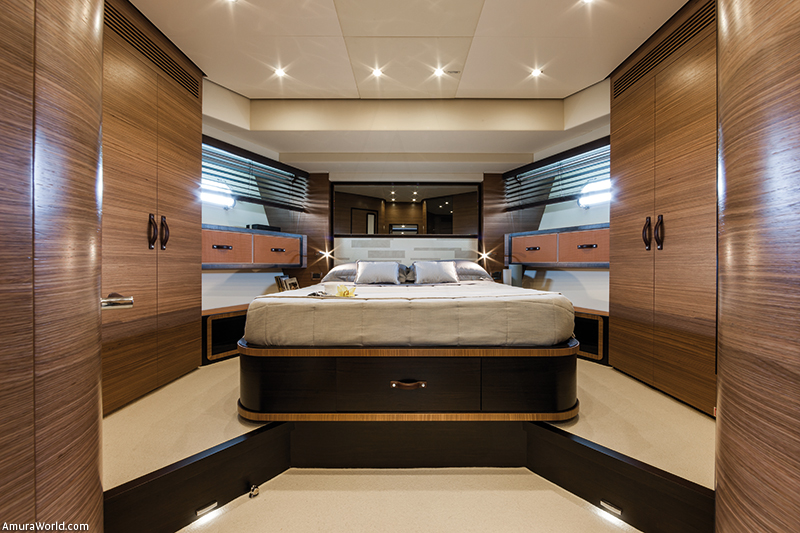 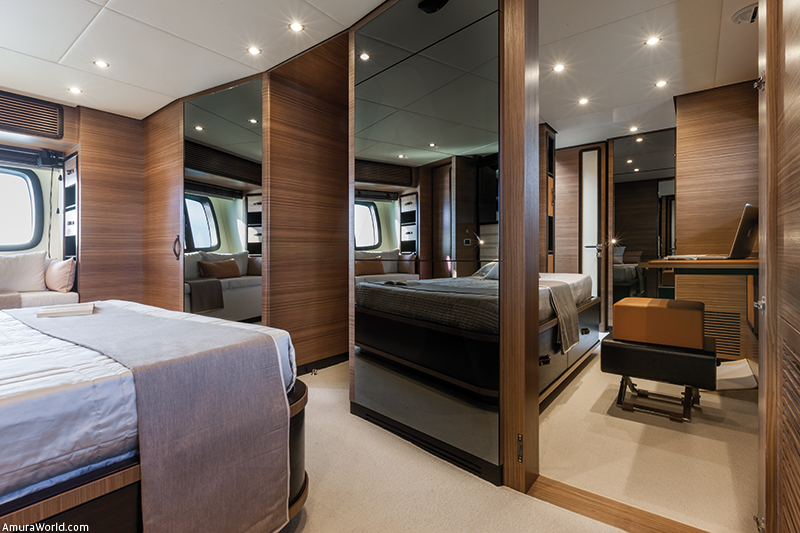 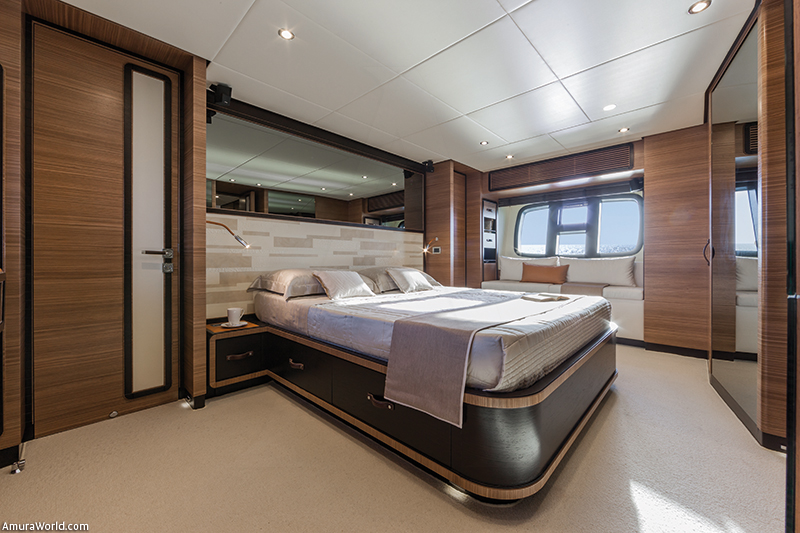 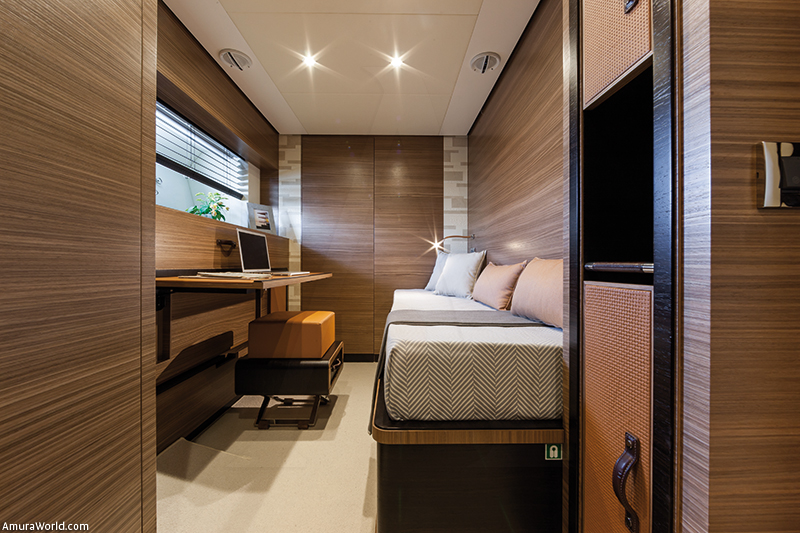 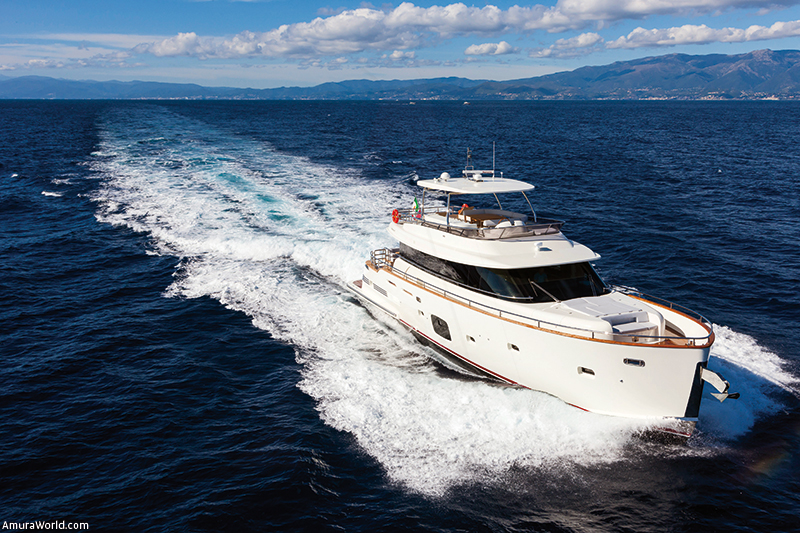 In it’s interior, four cabins are distributed; they go from the center of the vessel to the prow; three individual beds are found in two cabins for the crew and washing area. For those who like having the kitchen at plain sight or separated, depending on the occasion -without sacrificing it’s beautiful sea view in all corners of the main room, it’s possible to outline the galley with transparent separations that can be shaded according to the need.

Among the innovations it presents, in terms of practicality and functionality, several aspects standout, it’s inferior deck, for example, has access to the main suite in the middle of the yacht, it has a privileged natural light entrance due to it’s wide rectangular windows with rounded corners to achieve the maximum illumination  possible.

The style of the Magellano 76 is inspired in the traditional Italian trawler, conjunction with the perfection of a contemporary touch, which is valued in its furniture of nautic style and touch, which also characterizes by it’s predominant use of leather. The finished are enriched by doors covered in leather threading and Canaletto walnut tree wood, it also has vast shelves, in the mainroom and the salon, which grants a home-like feeling.