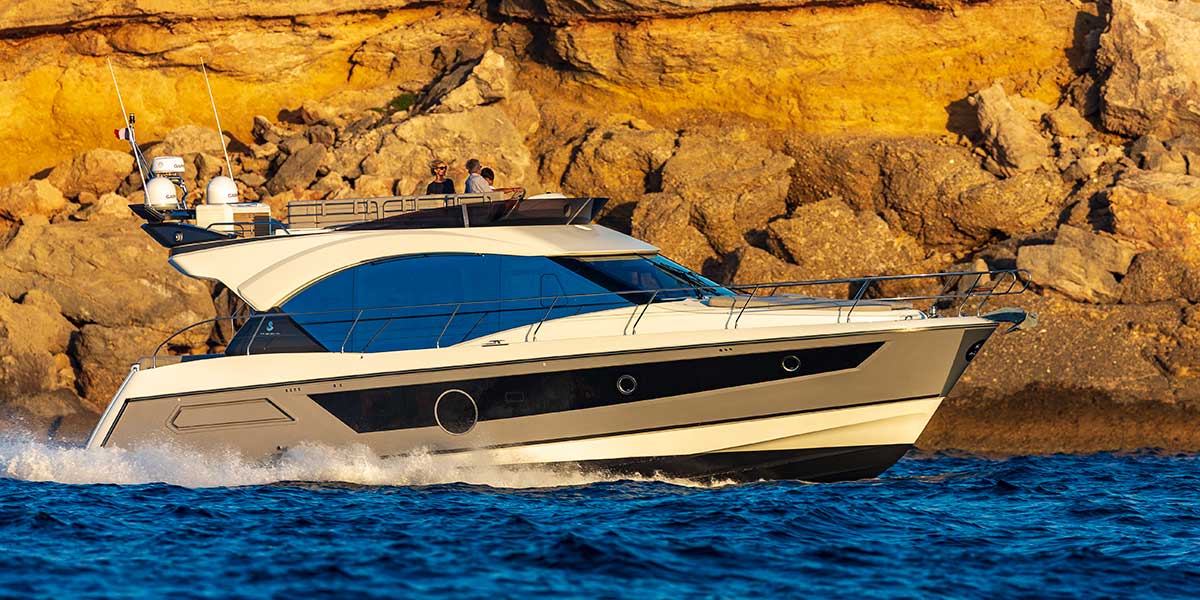 Beneteau’s new Monte Carlo 52 is getting ready to make its worldwide debut at the upcoming Cannes Yachting Festival 2019. The first of Monte Carlo’s new Smart Luxury generation is highly anticipated due to its ultra-modern profile and refined comfort. The 16-meter vessel was designed by a team of world-famous architects and designers: Carlo Nuvolari & Dan Lenard for the exteriors and Andréani Design for the interiors.

Space is more efficiently organized than in previous versions, making the living areas much more comfortable. The extensive saloon, the flybridge, plus the three guest cabins boast a minimalist décor, with distinctive elegance enhanced by the natural light that stream through the massive side windows that predominate on the main deck, providing breathtaking views of the sea. 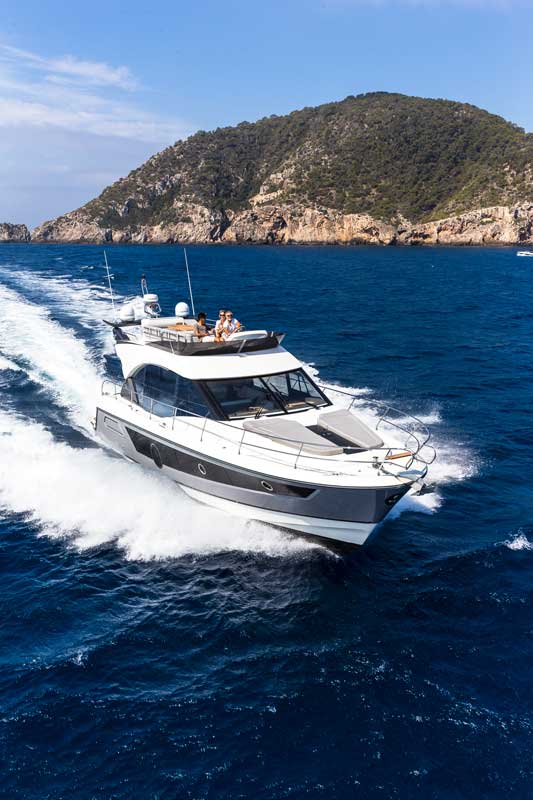 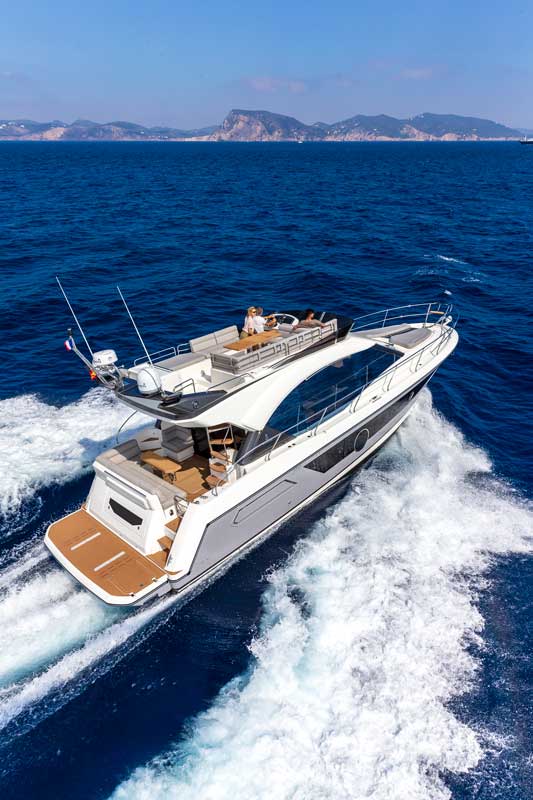 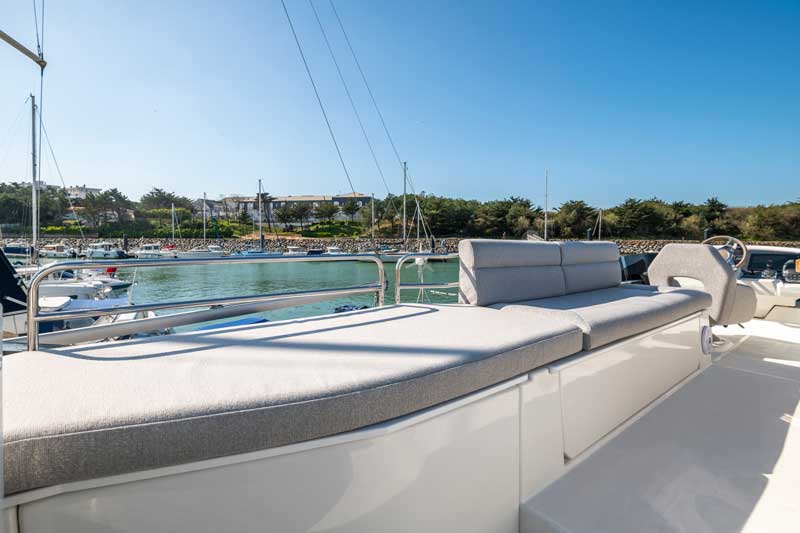 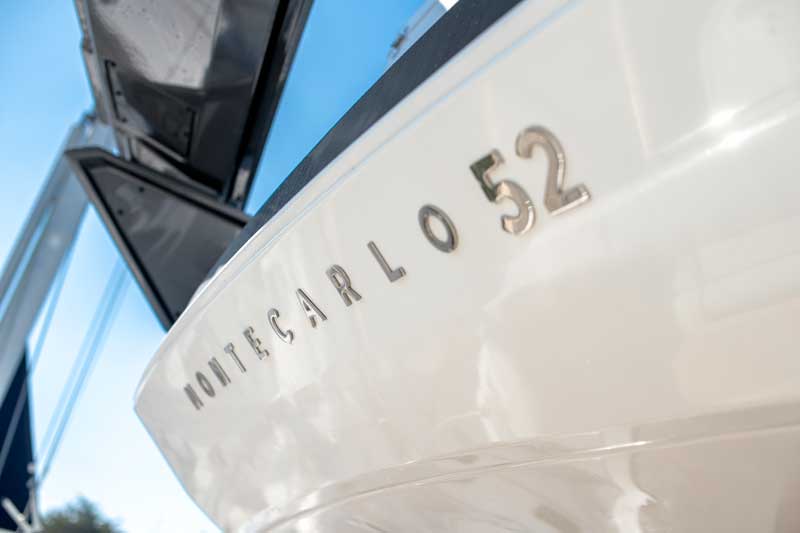 The sliding door creates an uninterrupted open area between indoors and outdoors so that guests can comfortably relax in the shade at the lounge while enjoying the open sea. The master cabin features a private entrance, large windows and an en-suite bathroom, while the VIP cabin comes with glass deck hatches over the double island bed to appreciate the panorama. There is an additional guest cabin with twin berths. The flybridge is the perfect spot to enjoy stress-free life in the open air, with the fitted galley, a lounge space for eight guests, a large starboard bench with a reclining back, the forward L-shaped copilot’s seat and the driving station to port.

Since it was founded in 1884, the French shipyard Beneteau has specialized in delivering the highest quality, surpassing conventional standards and meeting all the demands of the high-end yacht market. The hull was designed to improve performance and the 2x Volvo IPS 600 engines allow the Monte Carlo 52 to reach up to 27 knots with a range of 180 nautical miles at cruising speed. 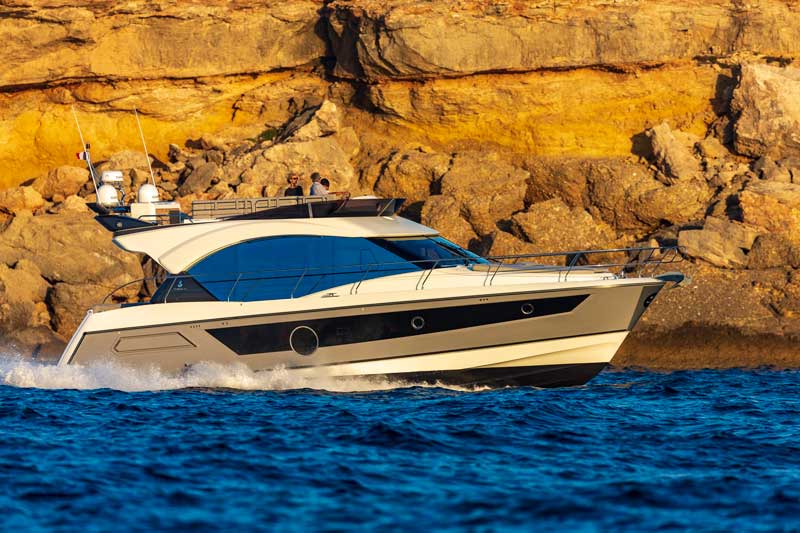 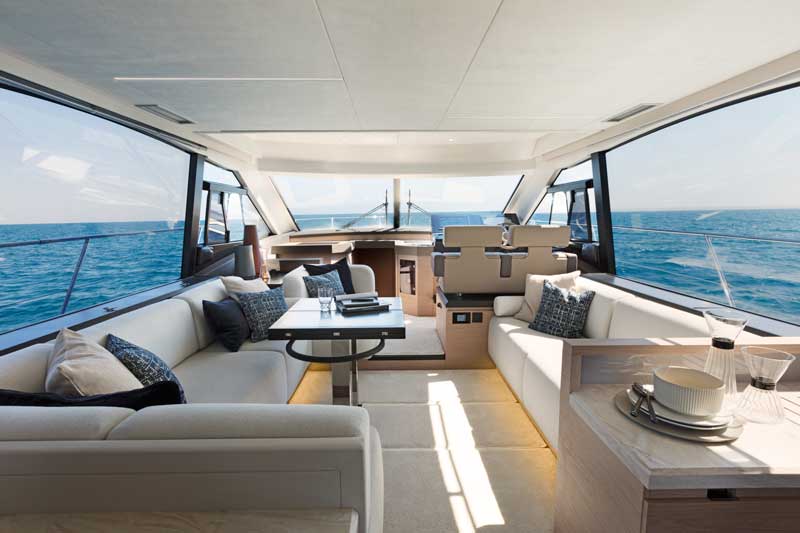 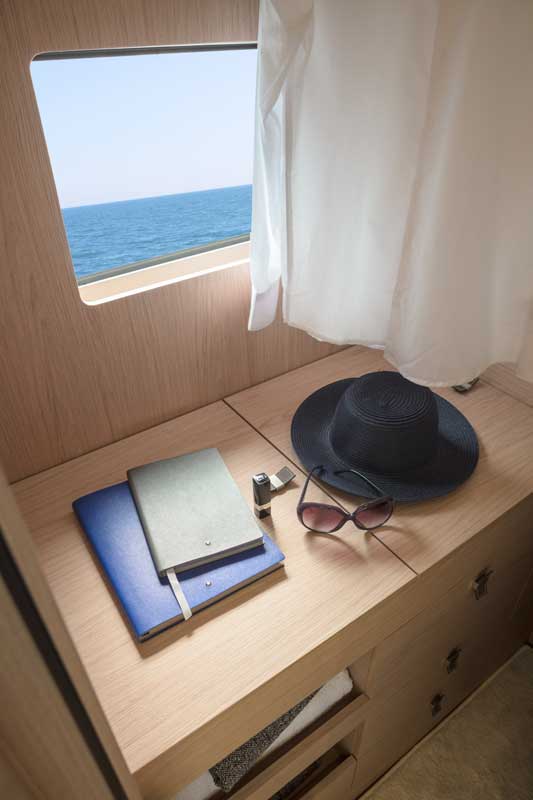 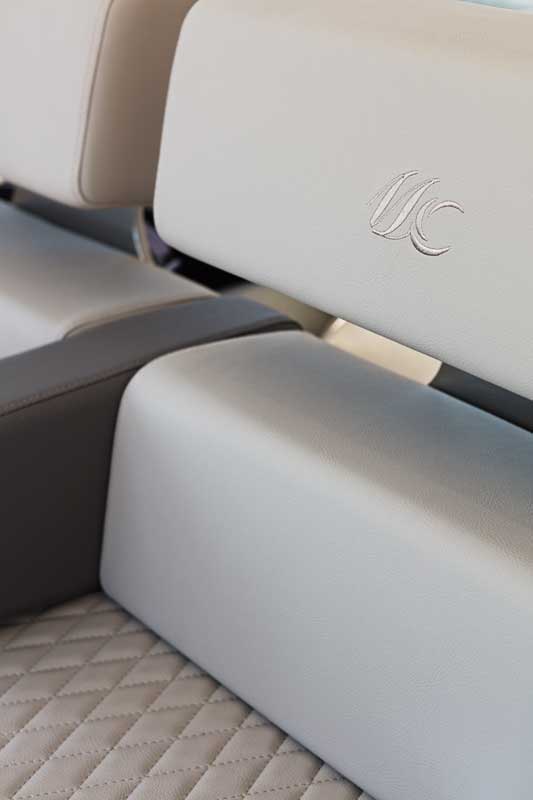 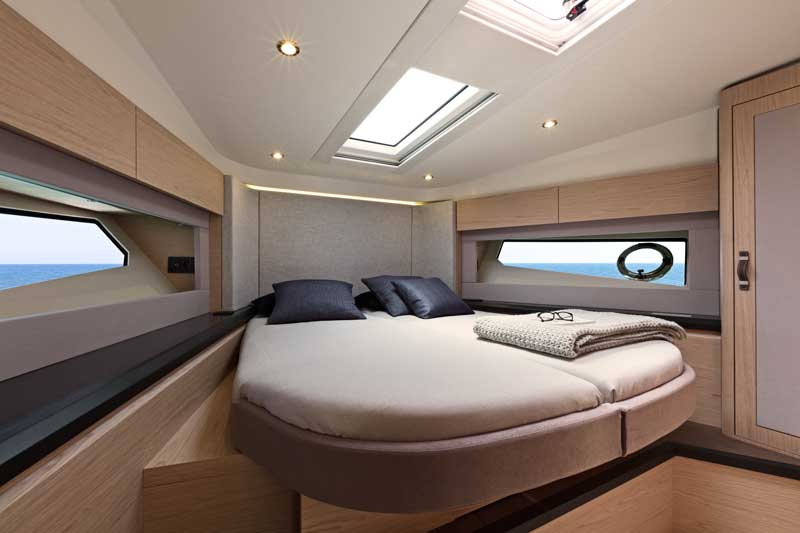 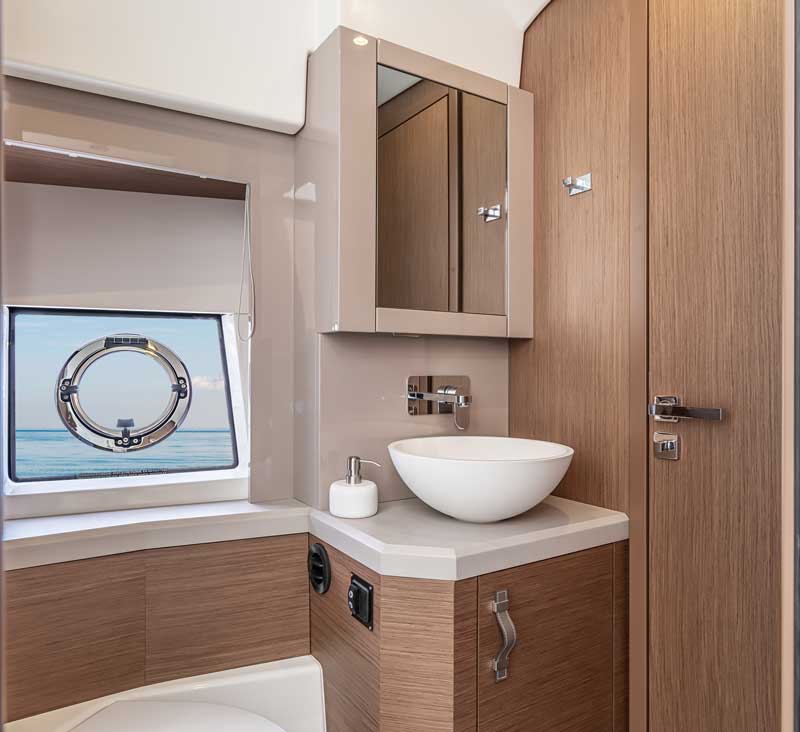