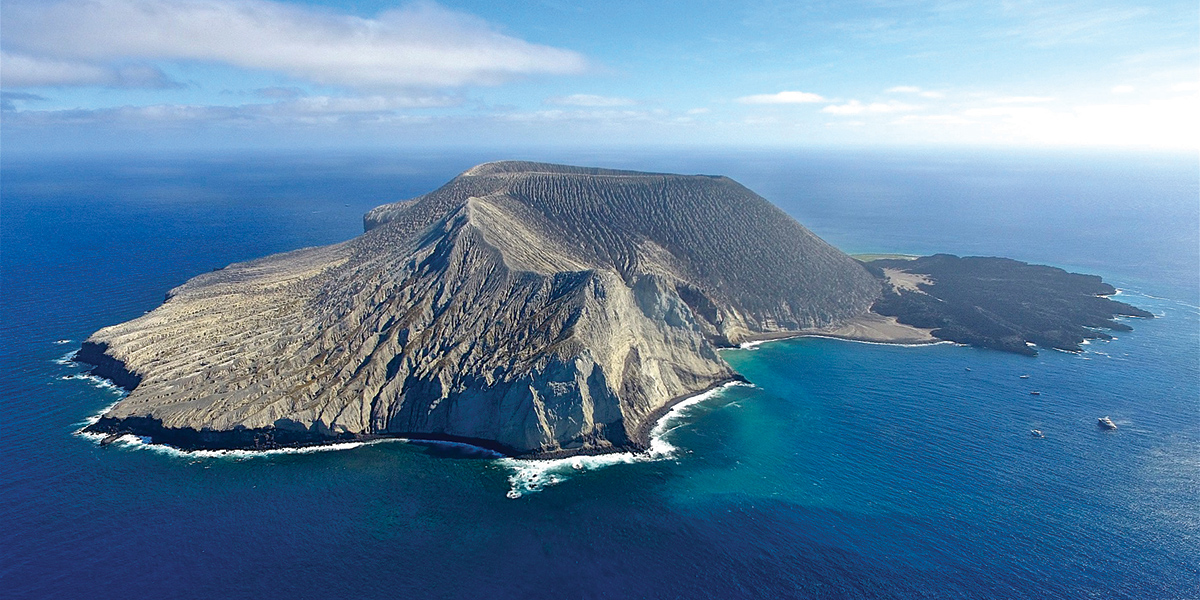 It means that, no matter their exterior design, they are built with extra thick steel plates, have redundant equipment and reliable heavy-duty engines that grant extremely long range capabilities to sail to far-flung areas, remote islands, or to reach the best diving spots. They are extremely seaworthy to face even the roughest weather conditions in total safety.

CdM’s explorer yachts are meant to be owned by special people who enjoy life at sea, who look for emotions and adventures yet, while standing on board, with impenetrably blue ocean in every direction, you want to be sure that your yacht is robust, reliable and offers you and your dear ones the possibility to live extraordinary experiences in full comfort and safety.

Most of CdM’s Clients are keen travelers and divers and have collected hundreds of beautiful photos taken during long cruises in astonishing places around the world from the extreme latitudes of the Northern and Southern hemispheres, to the most exotic coasts of the tropics. They can help us dream or, why not, plan our future journeys. 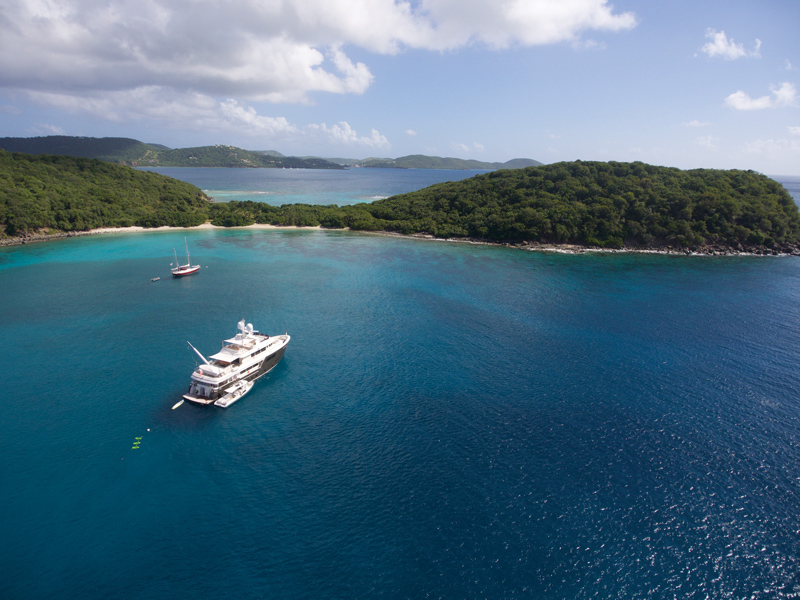 At Darwin 102 Acala the owners have had unforgettable experiences.

With a robust steel hull and aluminum superstructure and featuring ocean going capabilities, MY Acala belongs to the Darwin Class series which now counts 12 vessels sold.

She accommodates five guest cabins for a total of 12 berths. The guests can enjoy several outdoor areas spread over three decks and two salons. Not to mention a 26 square metres diving club and a jacuzzi on sun deck to cool down during a sunny day. When aiming to go ashore, guests are granted a wet ride aboard a tender of up to 6m in length.

Built on a full displacement hull, she tops a maximum speed of 13 knots and has a range of 4.500nm at 10 knots cruising speed.

Cruising aboard Darwin 102 Acala: journeys that go beyond yachting experience. 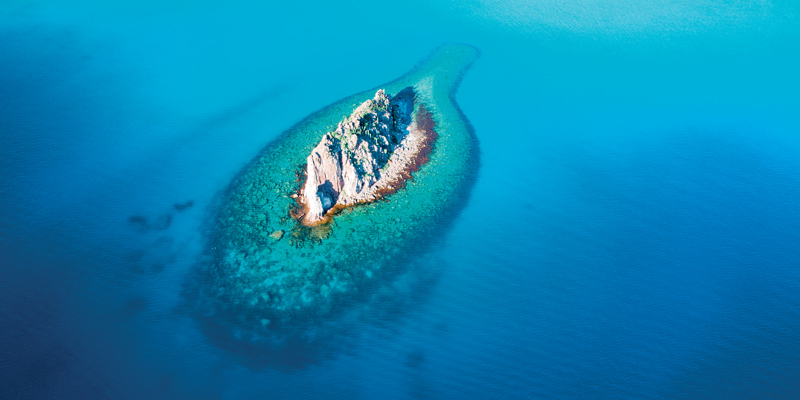 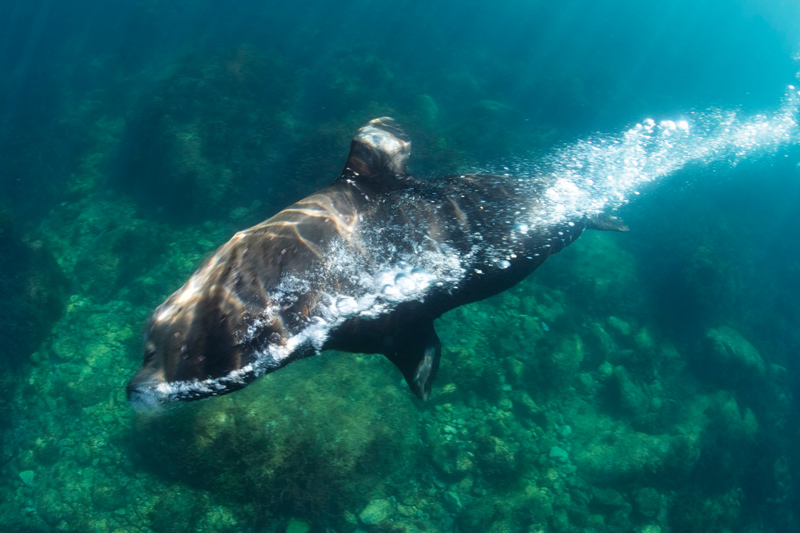 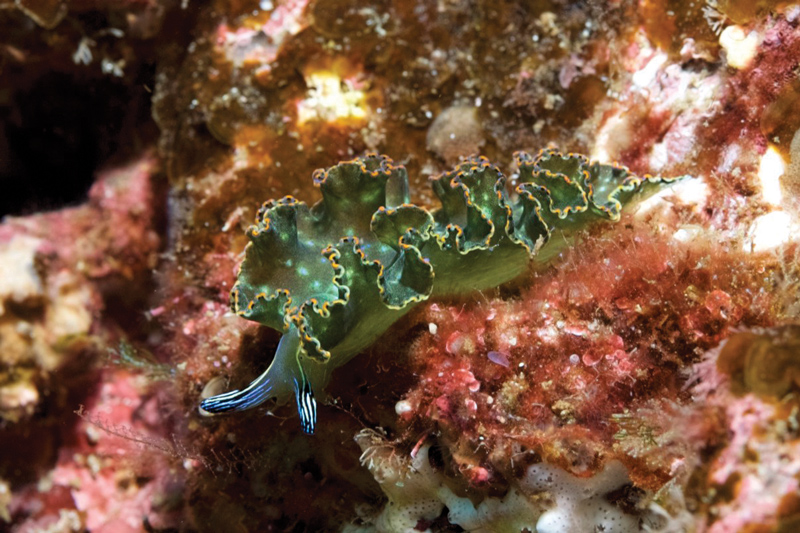 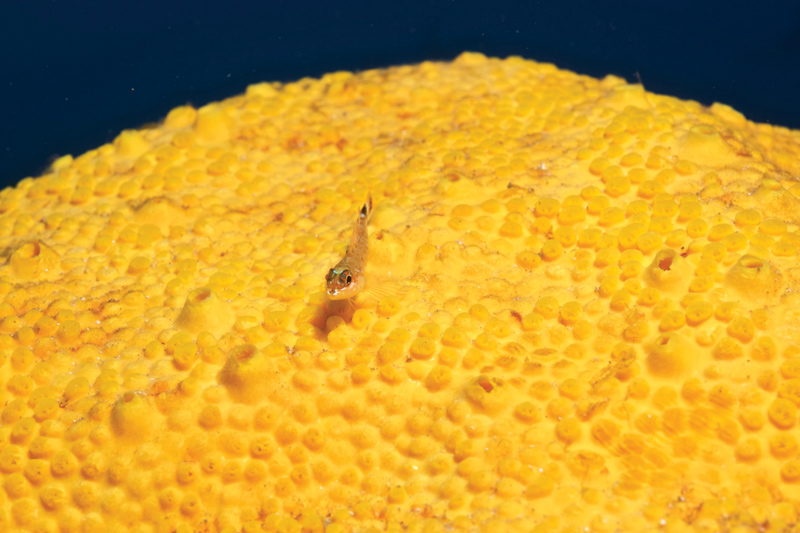 Acala sailed for thousands and thousands of miles across the oceans taking her Owners to remote areas of our planet from Iceland to the Southern offshoots of Argentina, from the Caribbean to unspoiled islands off the shores of Central America, Mexico in particular.

We’d love to share with you their unforgettable experiences.

In Mexico they call this place ‘Land’s End’, the westernmost tip of the country. It is also the world’s youngest sea, formed a mere 5.6 million years ago when a plate detached from North American continent. Jacques Cousteau used to say that this is the world’s largest natural aquarium.

Acala’s Owner is a passionate and expert diver and he, his family and friends enjoyed unforgettable diving experiences in the Sea of Cortez. 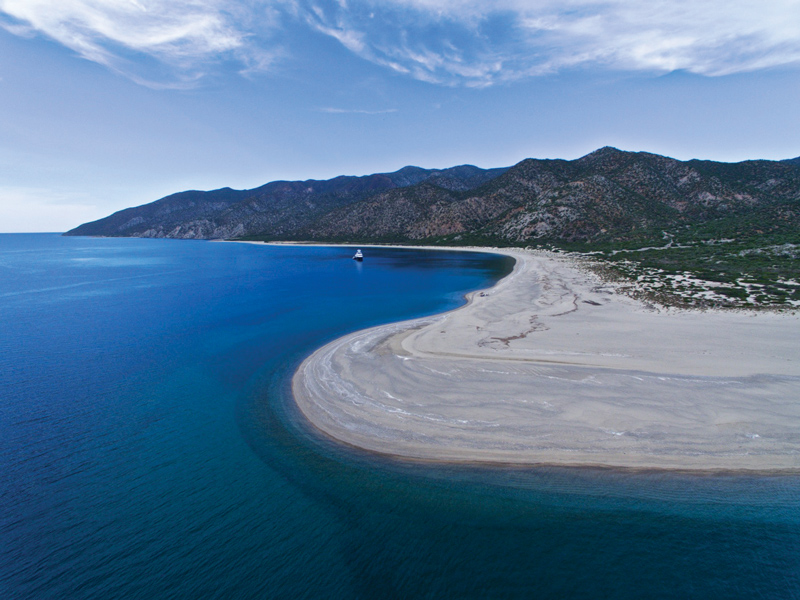 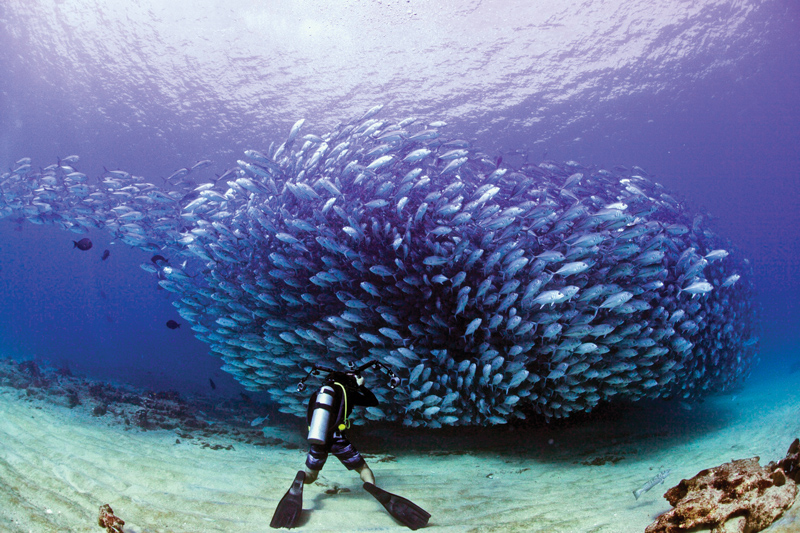 Its official name is Isla Jacques Cousteau. It is located off the Cerralvo Canal coast near La Paz, Baja California

The winds, waves and currents that flow through the channel at times can make it a rough passage, yet once you get there and you are in the water and look beneath you, you see the seabed thirty metres below. Just the thing to make you want to dive in.

There are no airports, hotels or roads on these islands. Only a Mexican Navy Garrison on Isla Socorro. Few people have ever set foot on these islands. We went there to admire the unspoiled nature above and below sea level. 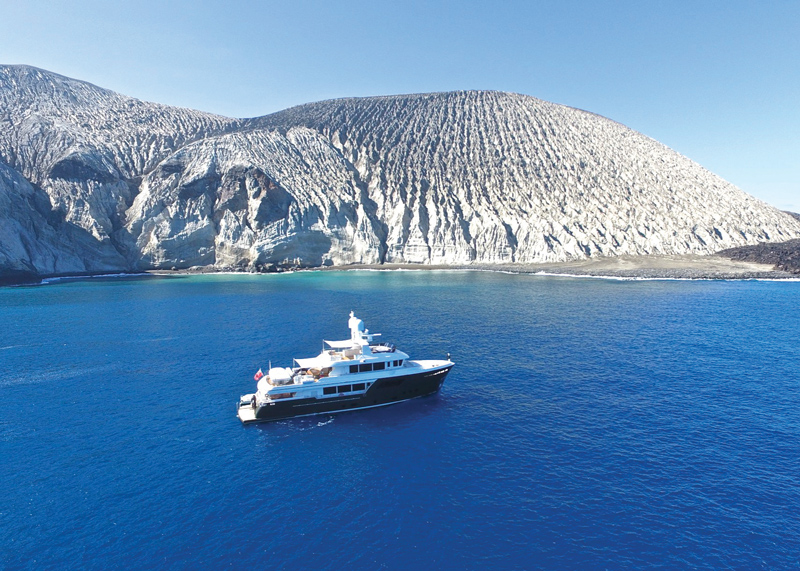 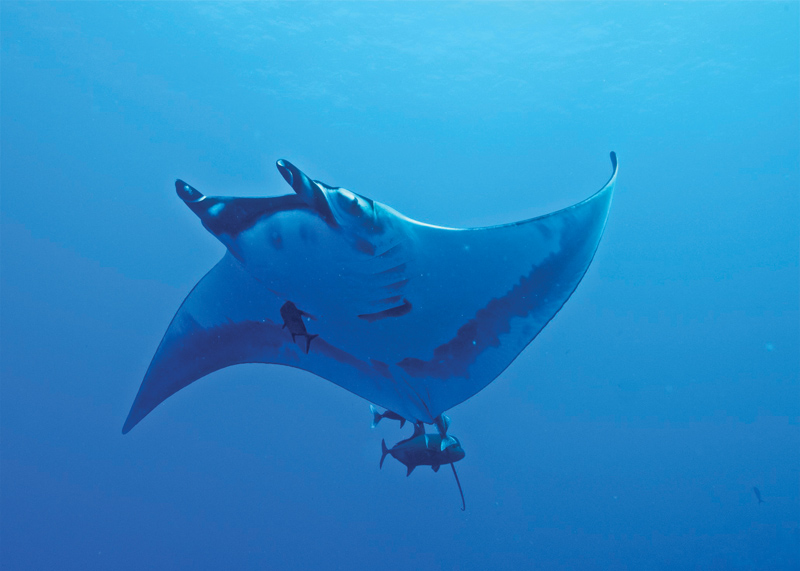 The entirety of Cocos Island has been designated a Costa Rican National Park since 1978, and has no permanent inhabitants. Surrounded by deep waters with counter-currents, Cocos Island is admired by scuba divers for its populations of hammerhead sharks, rays, dolphins and other large marine species. We had the chance to meet pods of hammerhead sharks that quietly swam in shallow waters.

Cocos an ecological character that is not shared with either the Galapagos Archipelago or any of the other islands in this part of the Pacific Ocean.

The Great Blue Hole is considered one of the top five scuba diving sites in the world. We reached this unbelievable place lured by the opportunity to dive in its crystal-clear waters and meet several species of fish. We were not disappointed, indeed! We swam among shoals of fish that didn't seem to be disturbed by our presence. 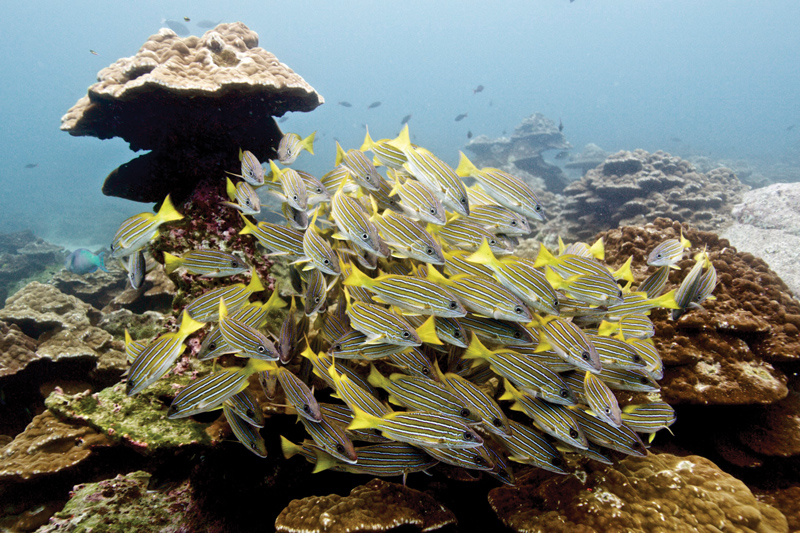 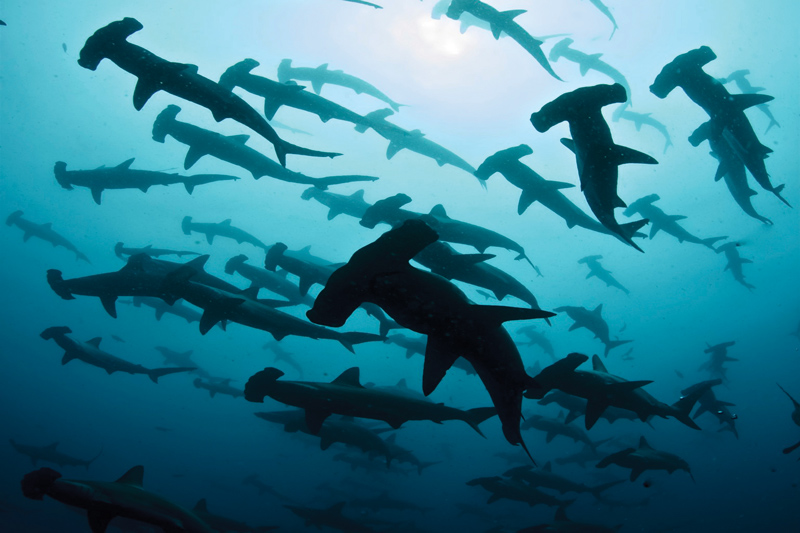 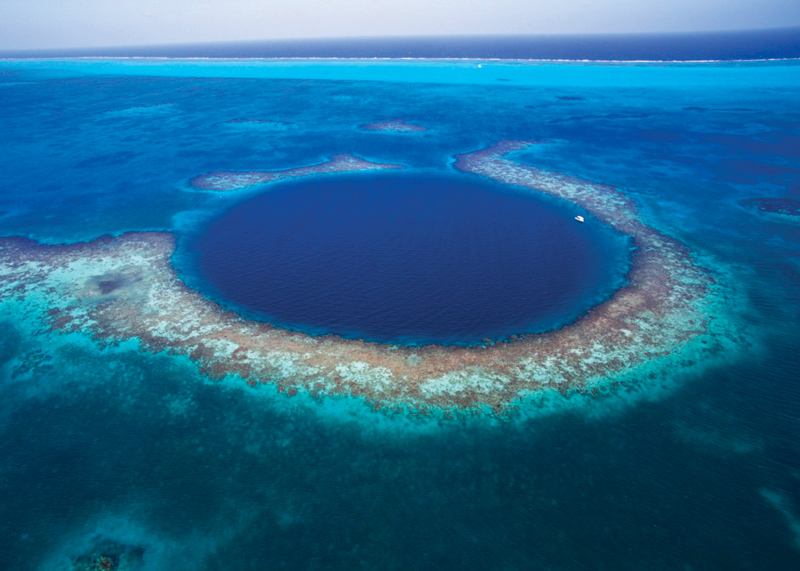 Iceland is known as the land of fire and ice. Sailing along the rugged coast of this large island is not easy yet it offers breathtaking landscapes that leave a mark in the memory of the most experienced traveler.

Valdes Peninsula, in Patagonia, is a site of global significance for the conservation of wildlife. It is home to an important population of endangered whales as well as seals and sea lions. While crossing the endless expanses of the Atlantic to reach the Valdes Peninsula, our route crossed that of a large pod of orcas. We slowed down trying not to interfere with them. 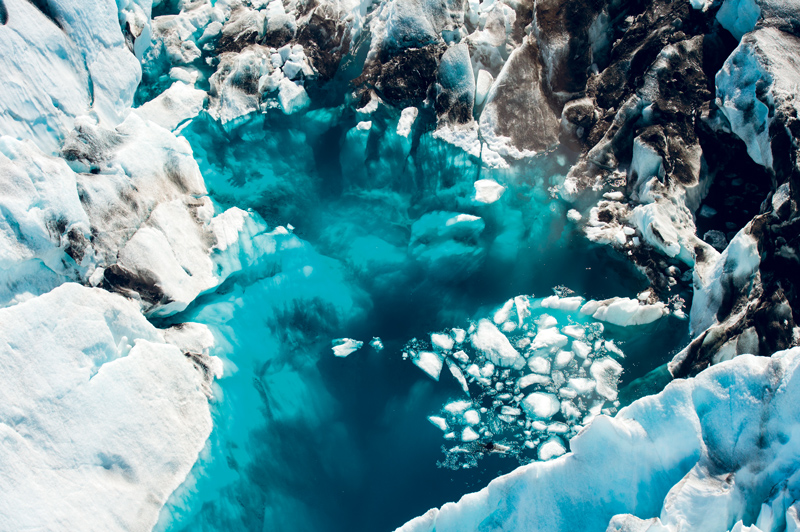 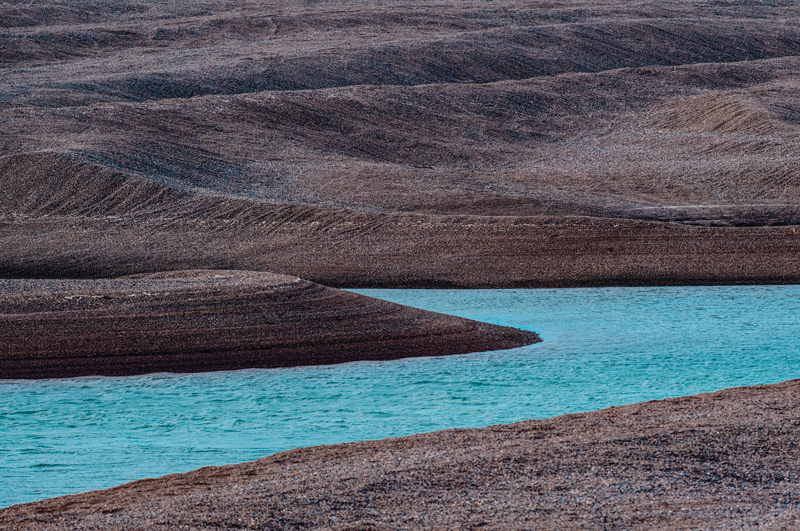 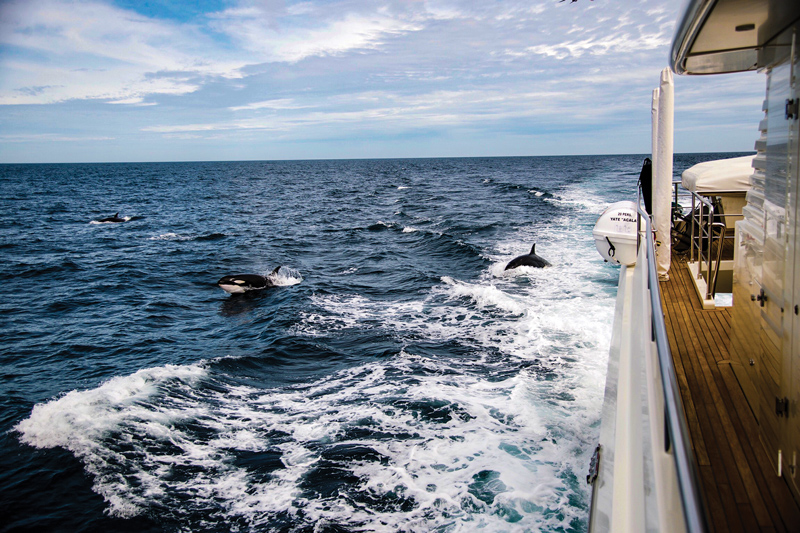