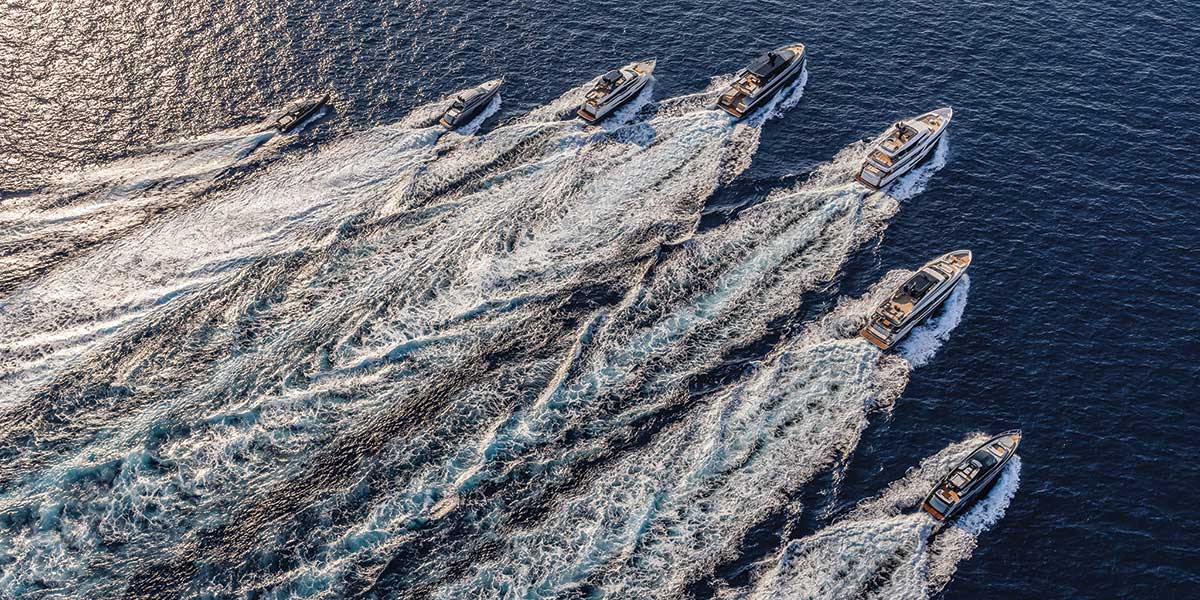 One of the most important maritime exhibitions on the East Coast of the United States has returned with renewed energy.

The static and at-sea exhibition of boats from the world's leading shipyards, as well as the demonstration of the latest advances in maritime technology and toys, along with conferences on marine conservation, attracted more than 100,000 visitors during the five days of the Discover Boating Miami International Boat Show 2022.

On six stages, the audience got to know and enjoy the maritime firsts. The land-based section was at the Miami Beach Convention Center and Pride Park, with the static presentation of yachts up to 49 ft, and more than a thousand nautical suppliers showing their products, including manufacturers of engines, electronic equipment and accessories. Sea trials of more than 150 boats and marine toys were held at Sea Isle Marina and One Herald Plaza.

Sailboats, catamarans and sailing accessories were on display at the Museum Park Marina, and at the IGY Yacht Haven Grande in Island Gardens, the SuperYacht Miami was set up, with the largest and most luxurious superyachts; there, spectators had the opportunity to board them and get to know them. 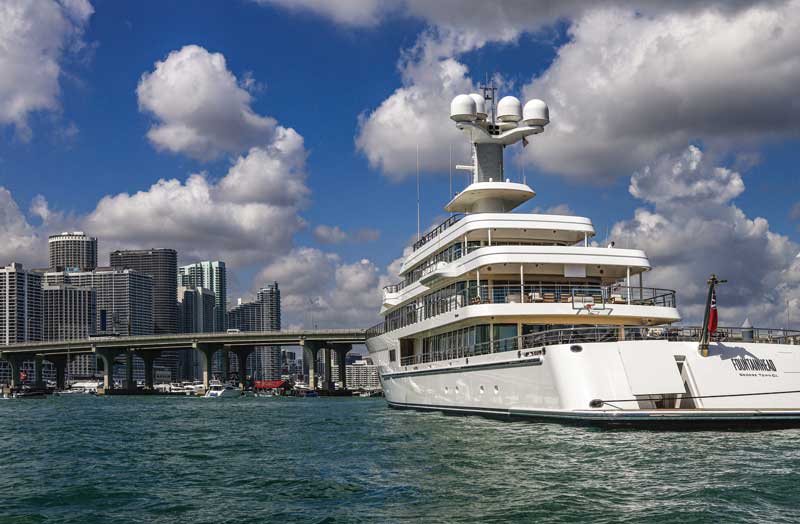 Among the worldwide revelations were those of Ferretti Group, with a fleet of 12 boats, including two exclusives on American soil: the Riva 68' Diable and Ferretti Yachts 500.

Based on the great acceptance of U.S. customers for the Custom Line and CRN, both brands belonging to Ferretti Group, the Italian firm announced the launch of the new Pershing GTX Series, with which they hope to revolutionize the concept of the sport yacht and set unprecedented standards in the pleasure of sailing. The first development will be the Pershing GTX116.

There was also the opportunity to learn the name of Riva's brand new flagship: 130' Bellissima, currently under construction at the Italian shipyard in La Spezia, the base for Riva yachts from 95 to 128 ft in length, and where a major renovation work of the facilities was recently completed to improve manufacturing capacity.

Other Ferretti Group firsts were the new Wally products: Wallypower58 and the initial images of the Wally101 Full Custom, which will become Ferretti Group's first sailing yacht; this will almost 100 ft, weighing 56 tons, thanks to its state-of-the-art carbon fiber hull, which will make her 20% lighter than other yachts of similar size.

Sunseeker took its most unprecedented creations to the United States: the Sunseeker 88 and the 65 Sport Yachts; Azimut Yachts presented the Azimut 68, and Pardo Yachts the Endurance 60. The Italian builder Leopard unveiled the 46 Powercat catamaran; and the French Beneteau, the ST48 Swift Trawler.

From local shipyards were Boston Whaler, Invincible, Scout and Formula, in addition to the EX 60e design, in the process of creation, which will mean the return of Tiara Yachts to the production of large yachts and inboard engine. 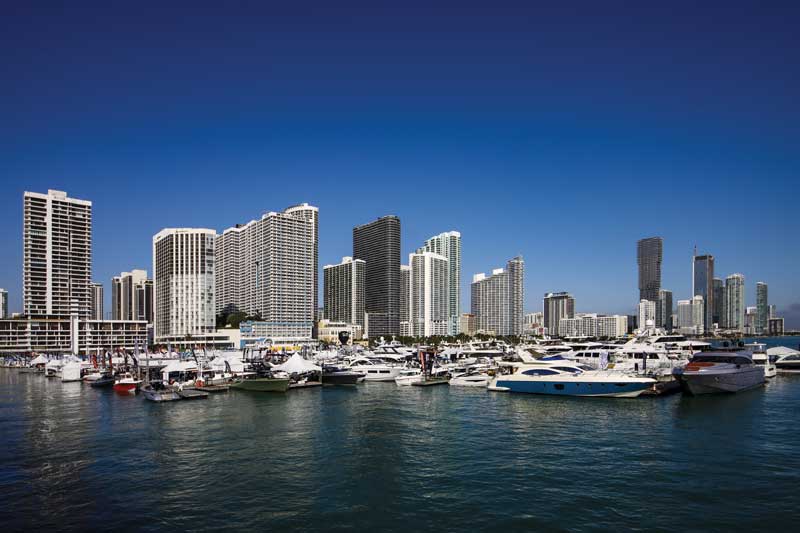 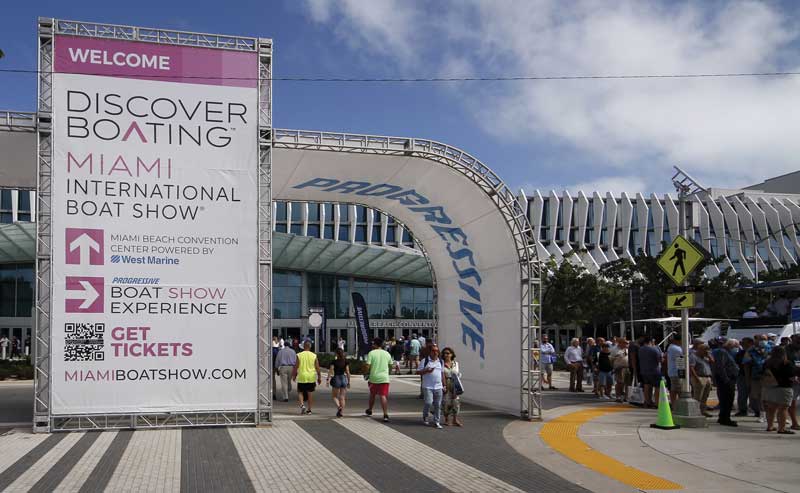 Thousands of visitors attended the DBMIBS. 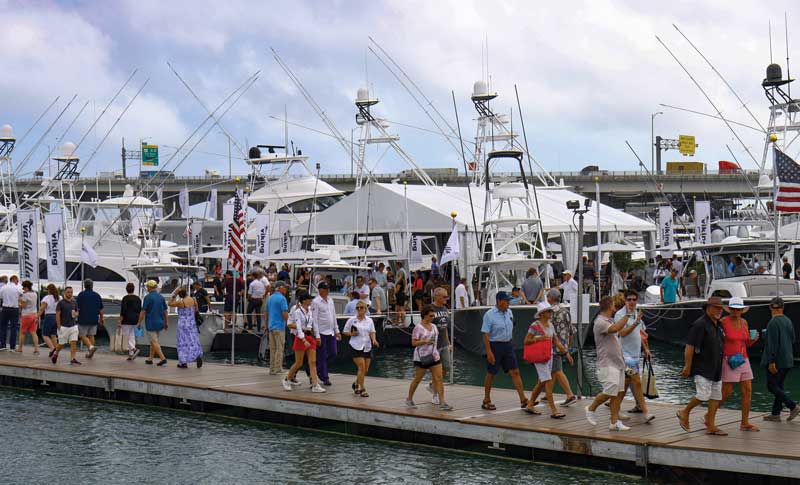 Thousands of visitors attended the DBMIBS.

Protection of flora and fauna

On one of the days of the event, the presence of manatees in the exhibition area of the yachts caused the momentary suspension of the demonstrations, to avoid their collision with the marine "visitors". Afterwards, the mammals calmly moved away from the place before the astonished gaze of the people from the dock, as well as the local fauna protection group, who jealously watched them during their journey.

The event organizers, together with Frost Science, were responsible for protecting and securing the important marine ecosystems by not docking ships on the seagrass beds, allowing the underwater plants to continue to receive sunlight and avoid damage. 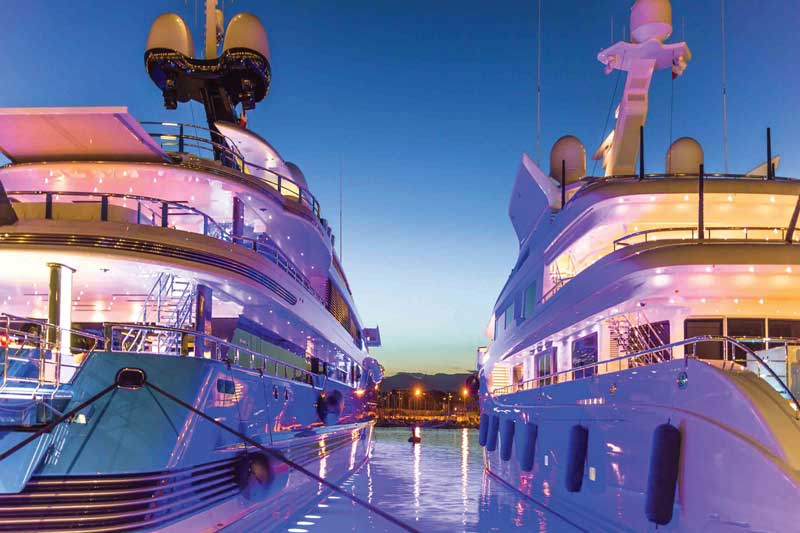 In the SuperYacht Miami area, the Thunder, Gene Machine and Gene Chaser stood out. The first – Thunder – 164 ft long, built by Oceanfast in Australia in 1998, entered the American Rybovich shipyard in 2020 for a total upgrade, and last year returned to sail the oceans with a power of 2,000 hp and a speed of 25 knots, taking advantage of the original carbon fiber hull, which made it a light weight ship.

The original exotic interiors of the Thunder were preserved, designed by Italian Roberto Cavalli, who used exotic leathers and fine woods in the details. In exchange, it underwent an innovation in the color palette, remaining completely in white; it is currently for sale.

The other two attractive superyachts in Miami were Gene Machine and its support vessel, Gene Chaser, each with 180 ft length. The former is one of the most recognized yachts for its voyages around the world, including the Arctic Circle.

In 2021, the Gene Chaser joined Gene Machine, sporting top-of-the-line mobility and technology by housing state-of-the-art technological equipment and high-powered computational infrastructure. It was developed to expand Gene Machine's research efforts regarding biodiversity and threats to the ocean. 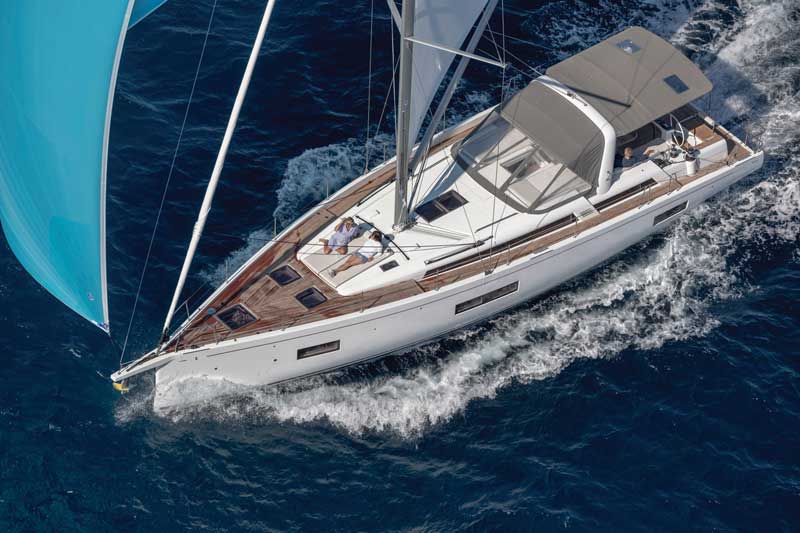 The Gene Chaser has cabins for eight researchers and visiting experts, who have molecular exploration laboratories and facilities for scientific work, as well as online conference rooms for science outreach.

Both are owned by Dr. Jonathan Rothberg, discoverer of next-generation high-speed DNA sequencing (hence the yacht was named Gene Machine), and developer of more than 100 patents for medical applications, including the rapid, low-cost home test for Covid-19. All of his research was conducted aboard the Gene Lab, a state-of-the-art laboratory located on the Gene Chaser (hence the origin of the superyacht's name).

In an earlier interview, Rothberg explained that his labs are aboard the pair of vessels, "the oceans being a huge frontier for human exploration." He estimates that more than 90% of marine species are undiscovered and efforts to understand ocean life have led to incredible medical and scientific breakthroughs. And he cited the case of the discovery in horseshoe crab biology vital for Covid-19 vaccines to be manufactured safely, and aboard the Gene Machine they developed the first scalable, practical, home-made molecular test for Covid-19.

In addition to the yacht display, the Progressive Boat Show Experience took place with a series of boating-related lifestyle activations, including educational seminars and entertainment areas for the whole family. Other activities offered included: 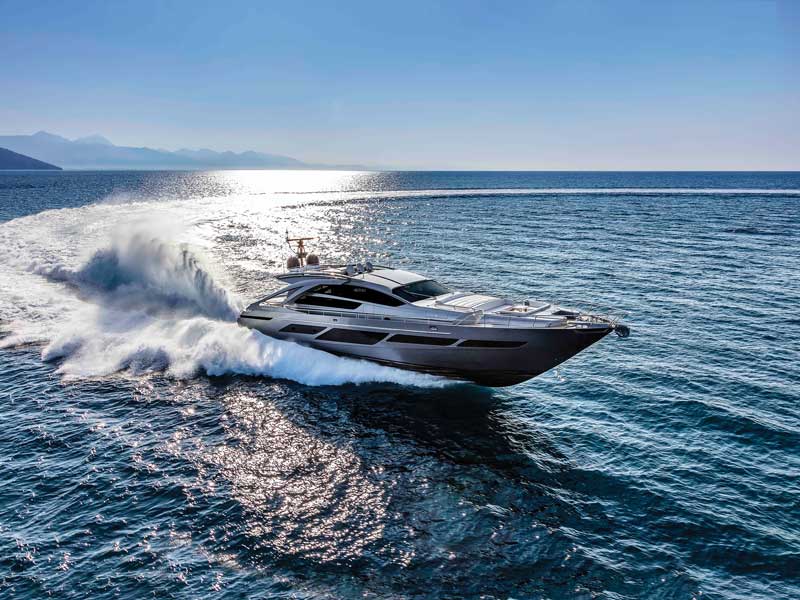 Awards for the best

Categories included manufacturers and suppliers of innovative products for the boating industry, all reviewed and tested by the Miami Innovation Awards committee of seven experienced BWI members.

In the Motor Yachts category, Azimut Yachts' Grande Trideck was recognized for its "unique elevated mezzanine deck that adds to and redefines outdoor living on a yacht."

In view of the public's reception and the negotiations made by the exhibitors, Andrew Doole, president of U.S. Boat Shows, the company organizing the event, announced that the 2023 edition will be held from February 15th to 19th. 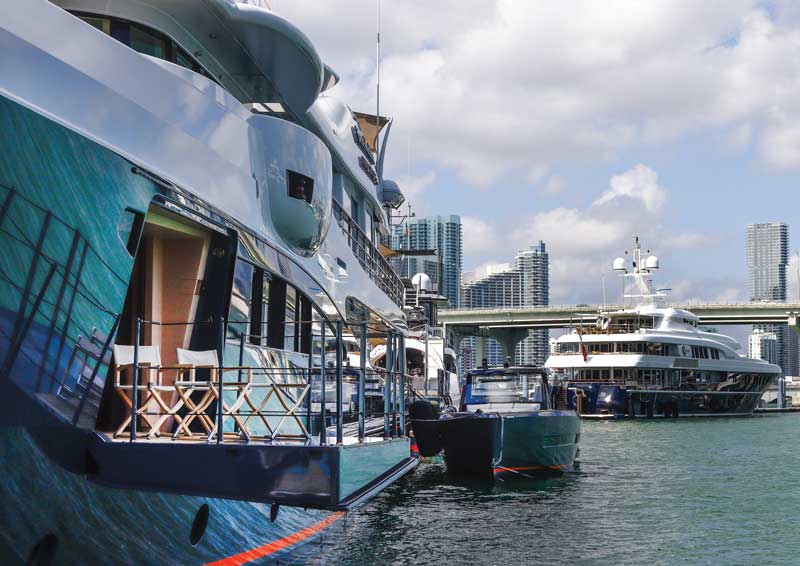 For five days, the public had the opportunity to get up close and personal with the boats.