What once was the imperial residence of Tiberio, the roman emperor was also during decades, the resting place for an infinity of jet set members, and couldn’t possibly stayed hidden any longer, so Capri has become today a very famous destination.

Always filled with excursionists that crowd the streets and places of tourist interest, until the last ferry carries them back to Naples and Positano. 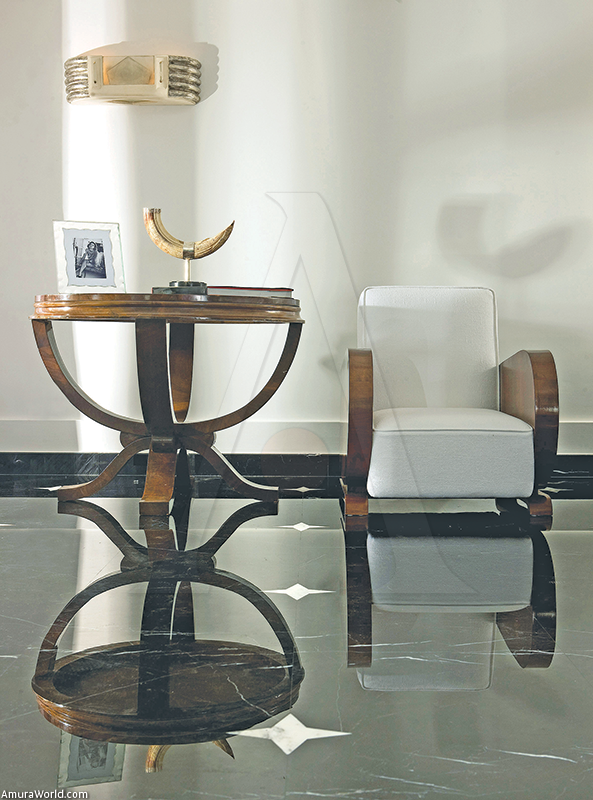 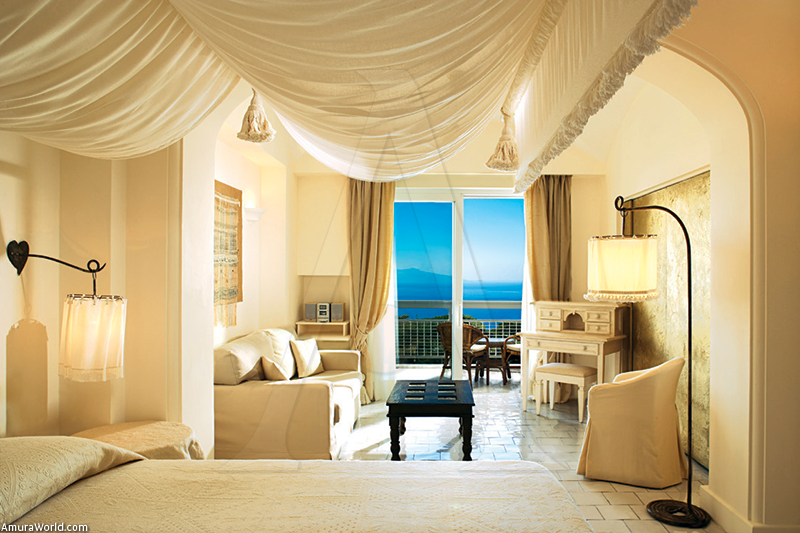 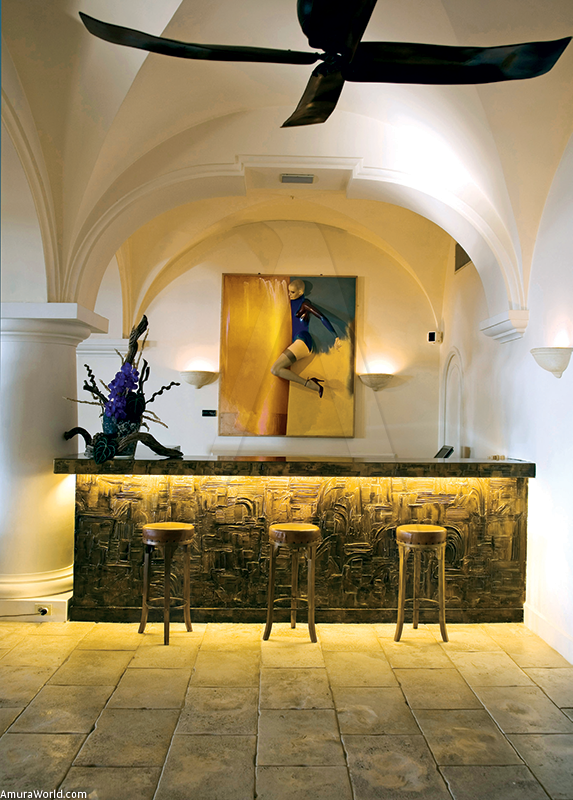 Although it is true that in the old days it was considered as a rustic place and without culture, Anacapri has become an ideal refuge safe from the crowds, here one of the most selected hotels is found: Capri Palace Hotel and Spa, distinguishes for the ocean’s views and it’s elegance, which emulates the old Roman Empire. 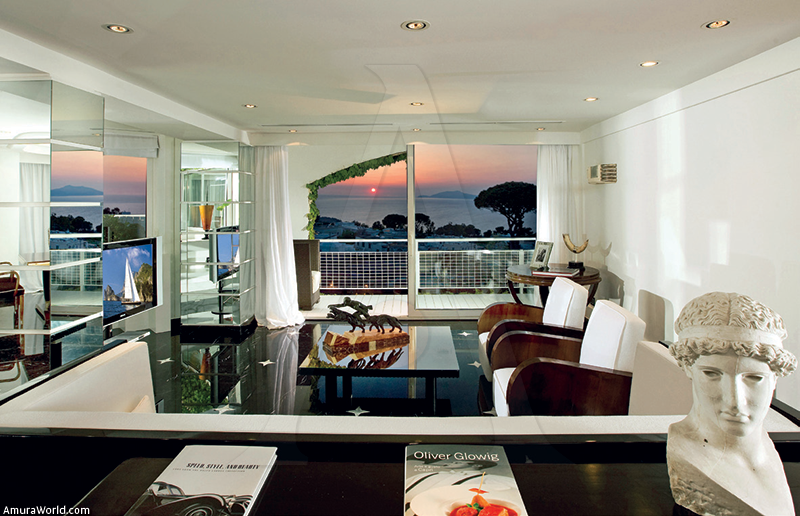 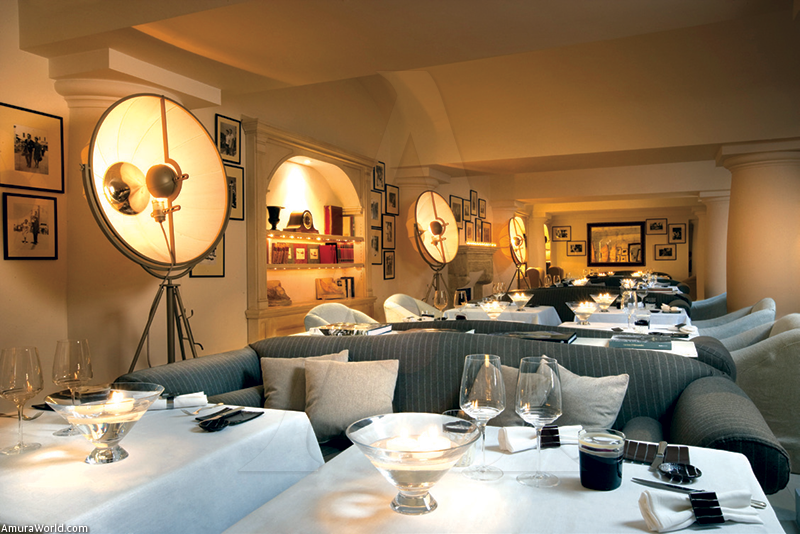 The rooms are suited for kings, with white wash architect and its impeccable gardens provide an aristocratic atmosphere. The bedrooms boast with immaculate whitening inlaid marble bathrooms, chandeliers and the canopy over the bed.

The suites as well, show an exquisite luxury, the one named Acropolis, has the best sea glance of all the hotel and the one called Megaron (named after a Japanese film’s monster), has it’s own swimming pool and private garden. 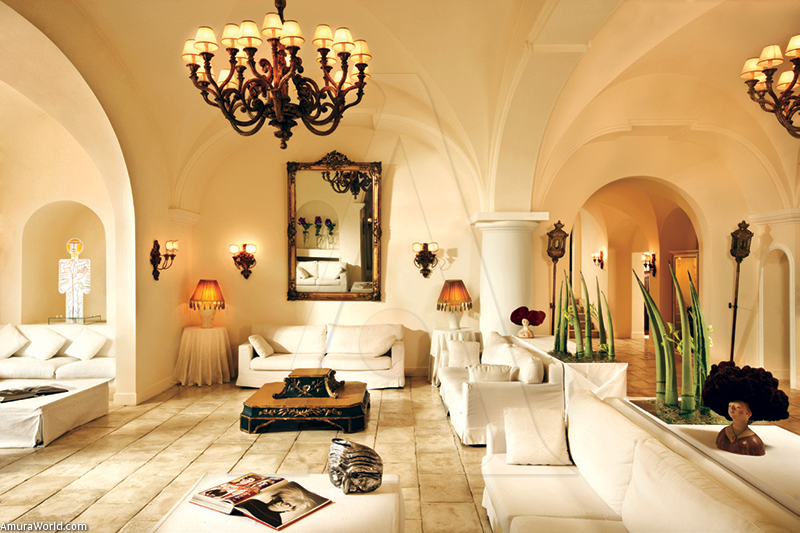 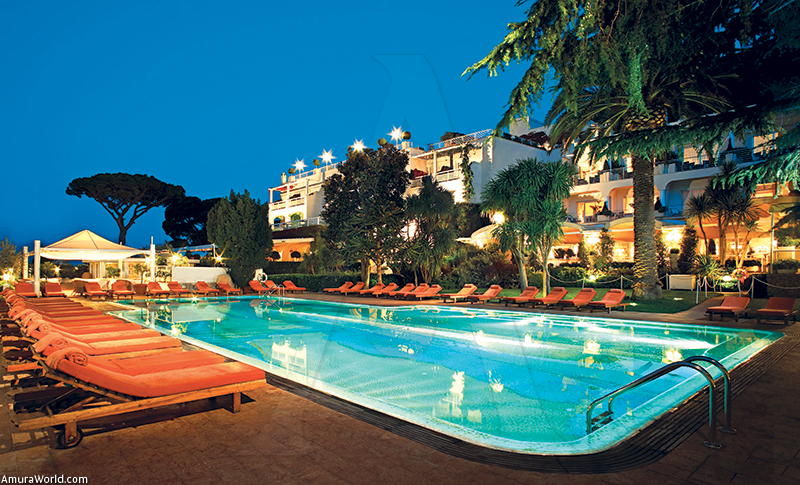 It’s preferable to stay in the hotel during the day to avoid the crowd, relaxing by the pool of the Capri Palace or enjoying the treatment of the Beauty Farm Spa.

By night you can taste the delicious dishes of the city restaurants, or dine at the L’Olivo, the hotel’s restaurant that has been awarded with the Michelin Start. If one day you feel like spending a lot of money, you can rent one of the hotel’s yachts in case you haven’t brought your own.

Due to the hotel setting, in top of a cliff and for security reasons children less than ten years old are not admitted in the property. 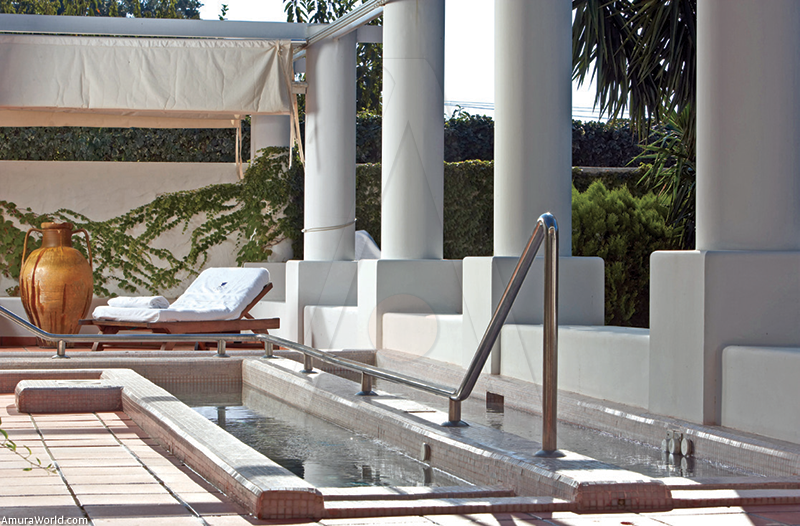 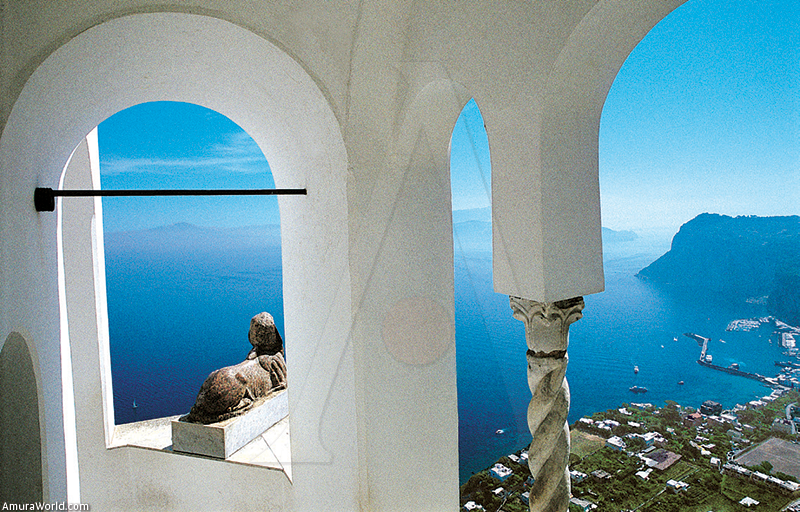