Los Cabos is one of de most beautiful and exclusive destinations in Mexico. It is located on the south end of the Baja California

Peninsula, 220 km south of La Paz. The weather is hot, with an average temperature of 26 °C, stable during most part of the year.

During the winter, you can be the witness of one of the most beautiful natural phenomenoms in the coasts of Mexico: Mating, procreation and enlightment of the Grey Whales in Bahia Magdalena.

During the summer, you can practice diving, kayaking, sport fishing or just live the romanticism in one of it’s many lonely beaches where you can watch The Arc (a monumental rock formation sculpted by the sea), which is the characteristic symbol of this destination, where waters from the Pacific sea and the Sea of Cortes come together, it was recently declared as Patrimony of Humanity by the UNESCO. 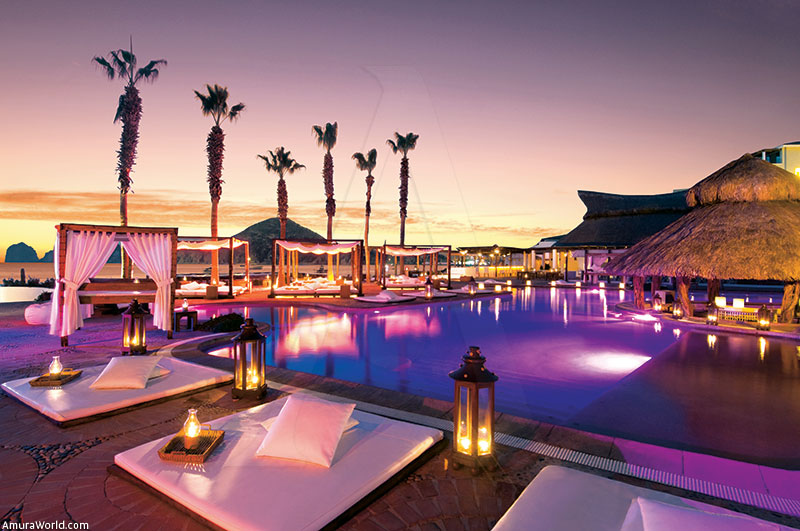 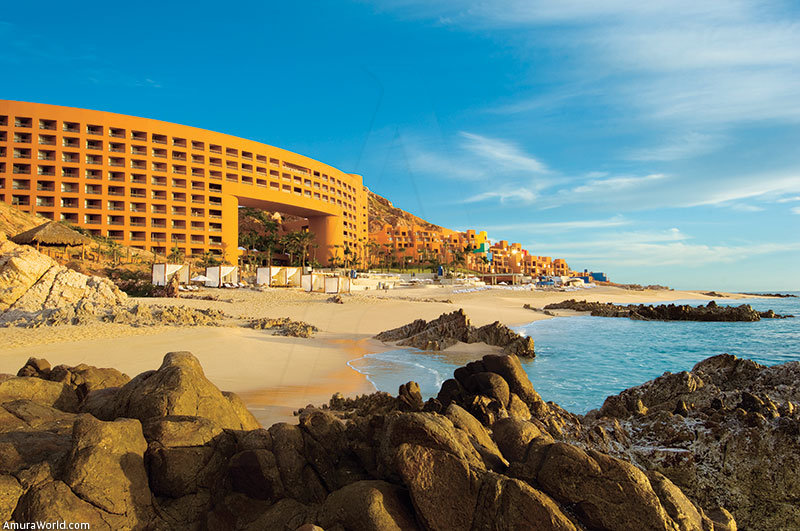 It is without a doubt a complete touristic destination. From San Jose del Cabo to Cabo San lucas, the 33 kilometers Touristic Corridor is extended. Here you will find one of the country’s most important touristic developments for its wonderful hotels with exquisite gourmet cuisine, elaborated in its famous restaurants, for its excellent golf courses considered to be world class, for its sport fishing and beautiful beaches, aside from being a real estate destination that has been very urged by our northern neighbors.

To start with the hotels, Los Cabos is distinguished for having geat hotels from the greatest international hotel chains, but there is also a very vast offer for boutique style hotels like Las Ventanas al Paraíso, One&Only Palmilla, Esperanza Resort and  Capella Pedregal.

This hotel category is fully dedicated to satisfying costumers who have the most demanding tastes, throughout the years they have managed to offer a world class service, surrounded by the beauty of its hotels and the natural environment of this Mexican region.

Also internationally known as Cabo, it has a lot of attractions, but the most attractive are Golf, water sports,among them sport fishing. Some of the species that can be found in Los Cabos’ waters are: Blue Marlin, Black Marlin, Striped Marlin and Sailfish, these are protected species so it is demanded by the laws that fishing can only be for catching and then releasing the fish. Other common species are: The Wahoo, Dorado, Red Porgy, Grouper and Tuna. Nevertheless, the difference between temperatures in the Sea of Cortes and the Pacific can be up to 10°C and this affects directly on the species abundance or shortage. 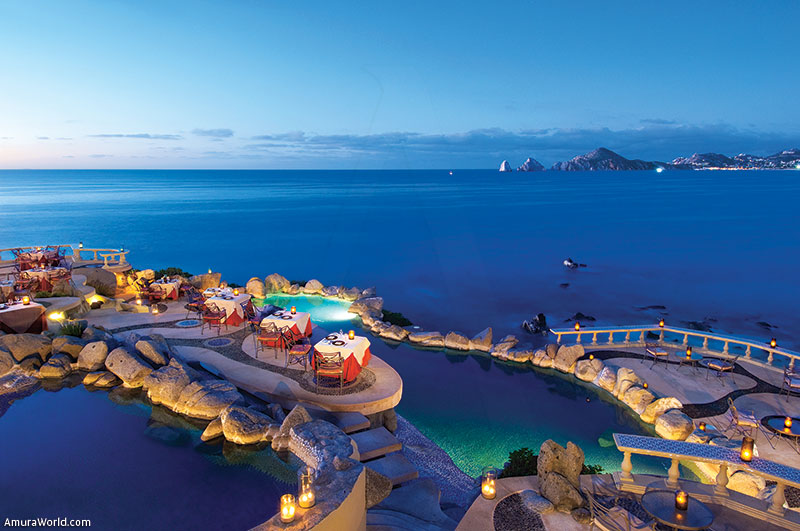 For this discipline, we can find many fishing tournaments in Los Cabos, from the local tournaments all the way to world know tournaments like the Bisbee, the biggest cash prize tournament which has international attendance.

The Sea of Cortes

Not everything in Los Cabos is fishing, just like Jacques Cousteau said “The Sea of Cortes is the richest in the world” and this is true.

The experience of diving in Los Cabos is extraordinary for an expert, beginner or everybody who wants to merely go snorkeling.

Divers from all around the world come to get in touch with one of the three living corals in North America, at Cabo Pulmo, and to enjoy more than 350 colorful species living there. 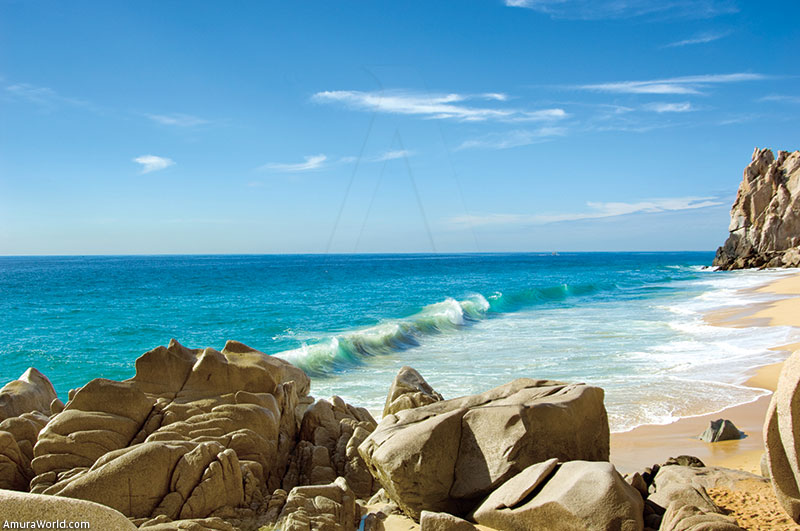 We also have to talk about the yachts and the journeys onboard that are very common in this part of the world.

There is a marina in Cabo San Lucas, supported by the IGY, which has 380 floating concrete docks, from 20 to 200 ft long, including the best quality in service and facilities that can be expected from a luxury marina.

It is the host for most of the famous fishing tournaments in the region and it is strategically located in the port of Cabo San Lucas.

It also offers lots of activities since it is also located only a few minutes away from several agencies, restaurants, entertainment centers and stores where most of the yachting enthusiasts arrive and depart to different journeys across the Sea of Cortes for countless adventures.

Outside of the water there is another great touristic  attraction in Los Cabos: Golf. In a little zone we can find first class design courses, designed by the greatest in this sport like: Jack Nicklaus, Tom Fazio and Robert Trent Jones among others, hosting important international tournaments like the PGA Senior Slam Tour. 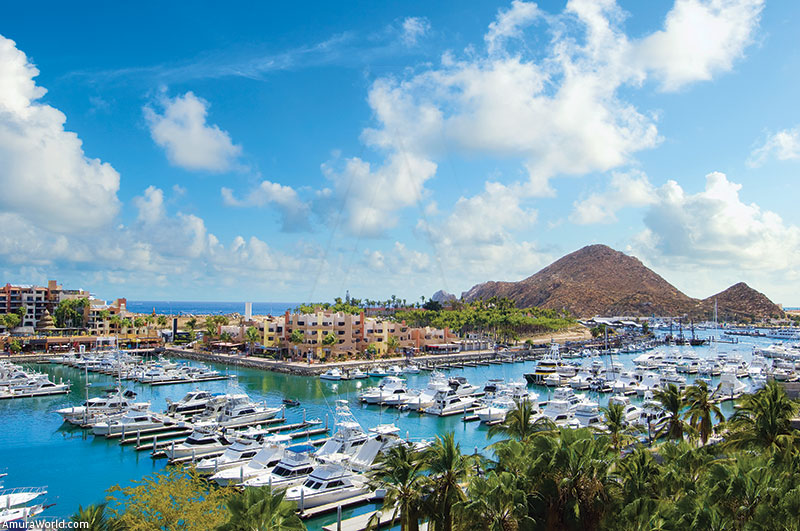 The difficulty of these courses in a total cha-llenge for professional and amateur golfers. You will witness the incomparable landscapes offered by the desert next to the Sea of Cortes and the exclusive services provided by these courses Cabo Real, El Dorado, Palmilla, Cabo del Sol Golf, Raven Golf CLub, San José Golf Course, La Querencia, San Lucas Country Club and a few more in developments.

On the other side, Los Cabos also offers in San Jose del Cabo a small Mexican town where first class restaurants can be found, being Los Cabos  the place with the most Michelin Star Restaurants.

All of this is surrounded in a colorful Mexican taste and makes San Jose a town with modern mixtures but completely traditional.

Los Cabos is also a place where millions of dollars have been invested in real estate on projects like what we know as “Second Homes” for Americans and Canadians, giving Los Cabos a very high lifestyle, since the average houses that can be found are easily above 1 million dollars.

These are also a great vehicle for vacations, people can also rent these mansions to enjoy, sit back and relax with the incredible service offered in this places. 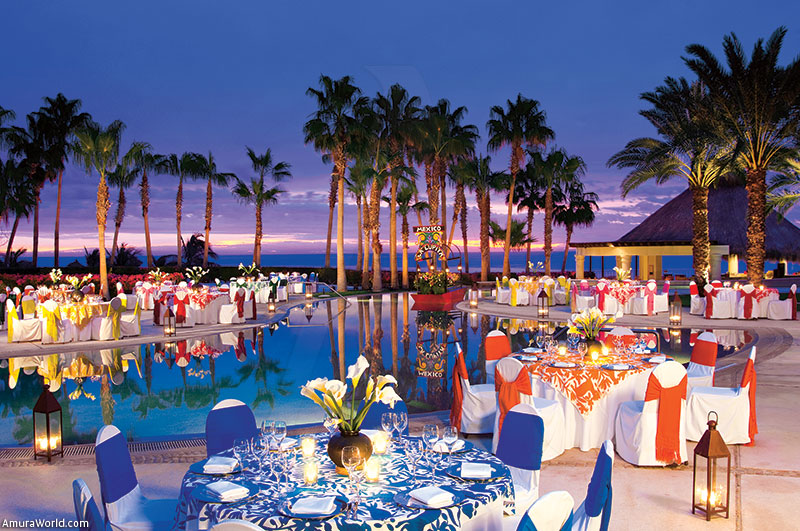 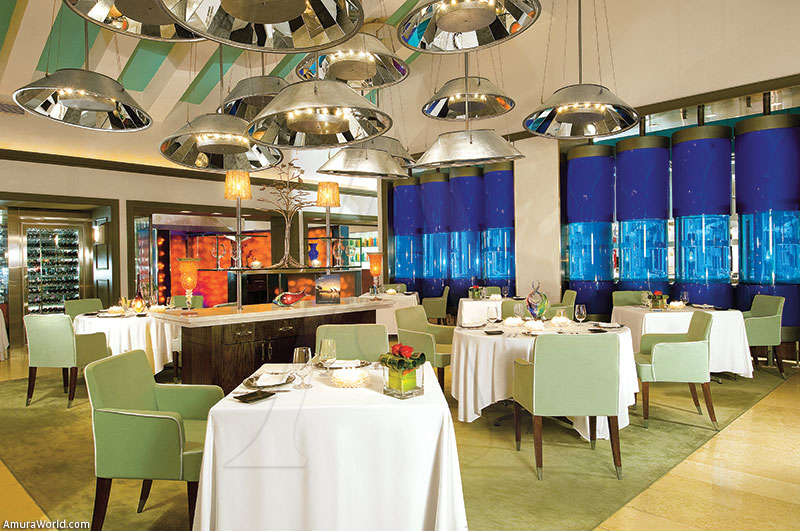 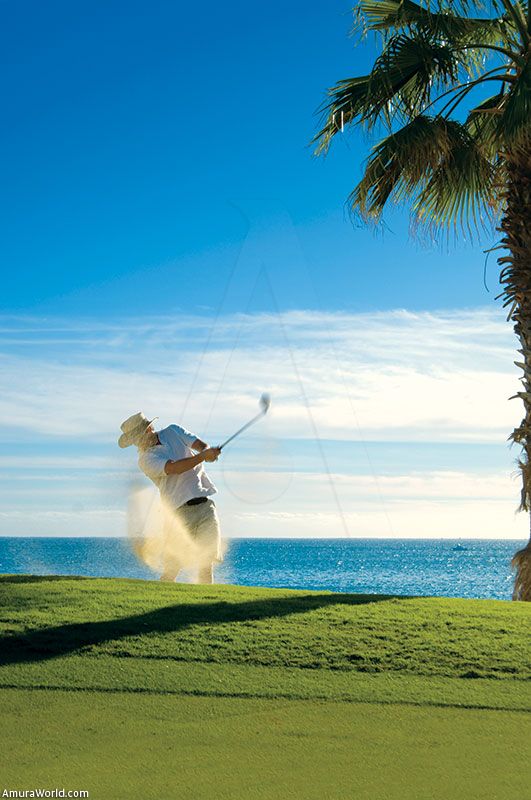 Relax for your Senses

After finding so many activities in Los Cabos you can go ahead and relax in one of its multiple and distinguished Spas.

These can be described as places of harmony and relaxation, where they worship the water emanating from its environment; settings that are slowly revolutionizing traditional treatments by incorporating the wealth of the floral diversity that can be found in its deserted landscapes.

This way, Los Cabos has Spas where millenary methods are commonly used and proved to be perfect for integrally healing the body and soul, such as the ones with pre-Columbian and Oriental heritage that are mixed with the newest procedures and technology. For this reason it isn’t hard to find Spas offering temascal baths, Vichy showers and hydro massages.

The Color of the Beaches

Another “must” in Los Cabos has to be the visits to any of the nearby towns, and our recommendation is to get out of Los Cabos and head to the population of Todos los Santos that is located  78 km to the north of Los Cabos. 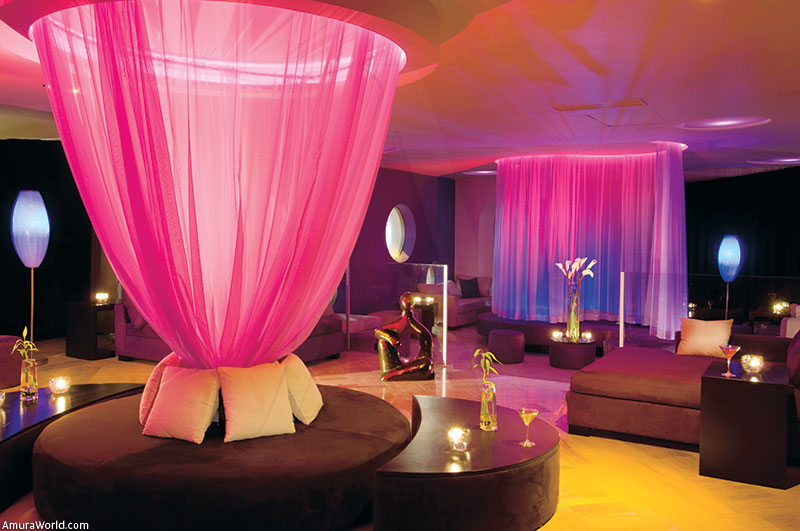 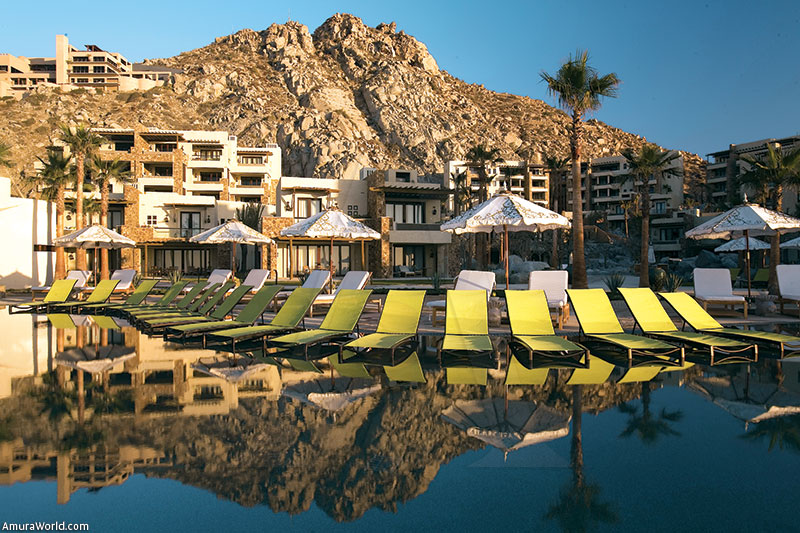 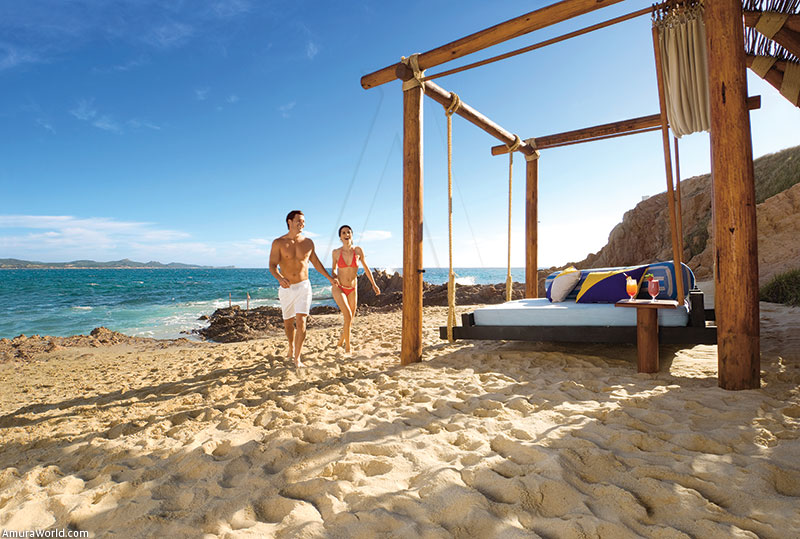 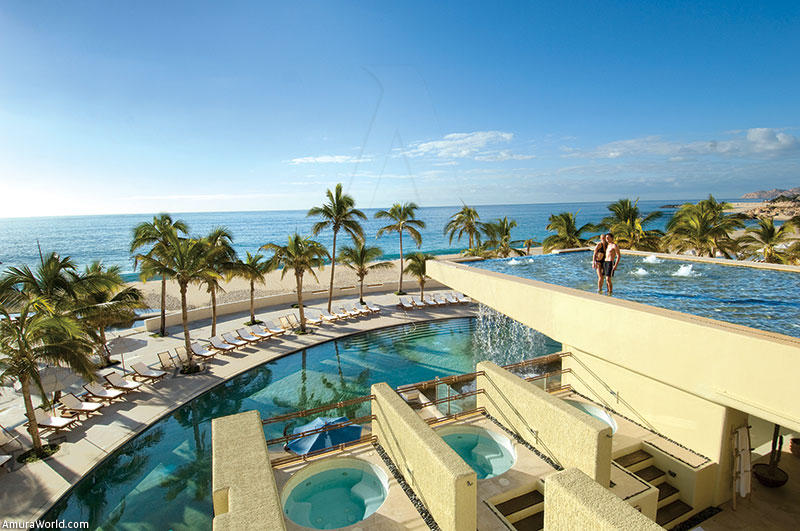 In this place you will be able to admire the colorful ancient houses accompanying the Mission of Nuestra Señora del Pilar, the main architectonic monument in the zone.

On the south side you can take long walks through the beaches soaked by the Pacific Ocean, ideal for Sport Fishing with species like: red porgy and sharks or taking a boat ride a visit the different sea lion colonies, famous in the waters of Todos Santos.

When returning to firm ground you can cross Cabo San Lucas and San Jose del Cabo to continue with your journey, this time heading north of the peninsula on the freeway toward the populations of Los Barriles and Buenavista, where you can go refresh in the sea and walk on the beach.

Very close is La Playita, famous for its cooking with shrimp and first class fish. After a good rest you can now take the no. 9 freeway northeast bound and on the crossing with no.1 you will find a spherical structure, known as the “Cancer Tropic Monument”, the same that points the exact place where this point crosses Mexican geography, a curious fact on this route.

Los Cabos is without a doubt the best nautical destination in Mexico and it is a privilege to be able to visit its countless places with the highest quality and famous service, all combined with the luck of having the richest sea in the world and the unmistakable Mexican hospitality. 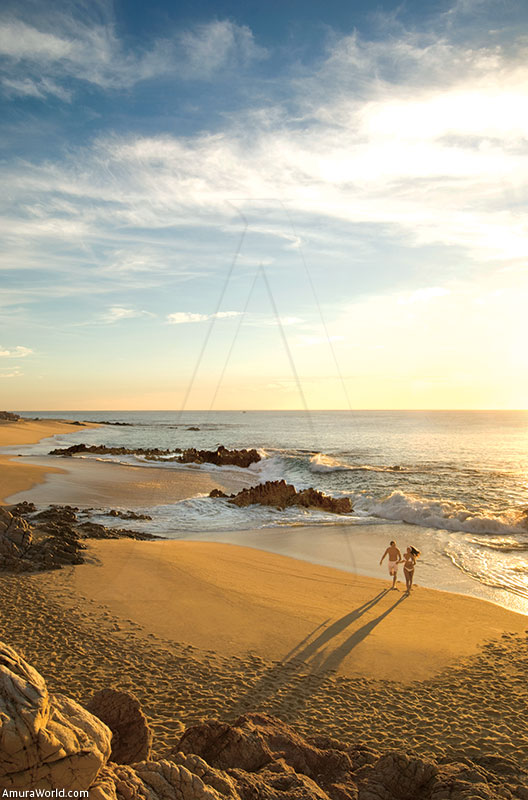 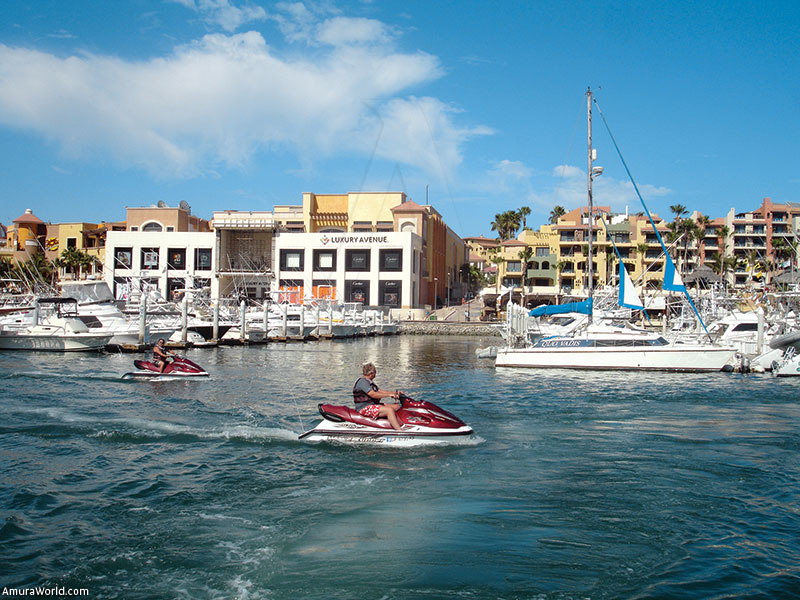 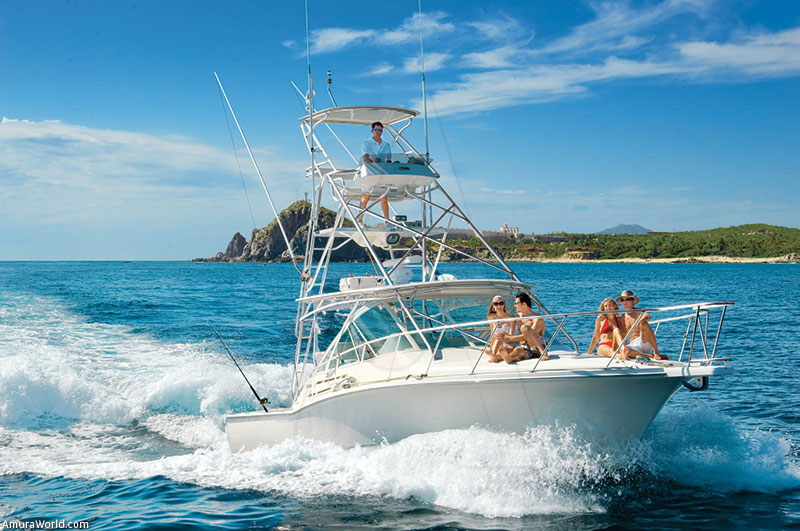