Set north of Milan, on one of the most romantic lakes in the world and surrounded by the 25 acres of its magnificent garden, Villa d’Este was originally built in 1568 as the summer residence for cardinal Tolomeo Gallio.

The favorite playground of an Empress, an English Queen and aristocrats, it was transformed into a luxury hotel in 1873. Continuously renovated and updated, without sacrificing any of its old-world charm, Villa d’Este today offers the superior standards of hospitality you expect from one of Europe’s truly legendary resorts. It was the year 1873 when a group of Milanese businessmen turned the Villa into a hotel and promoted the lake region as a tourist attraction. 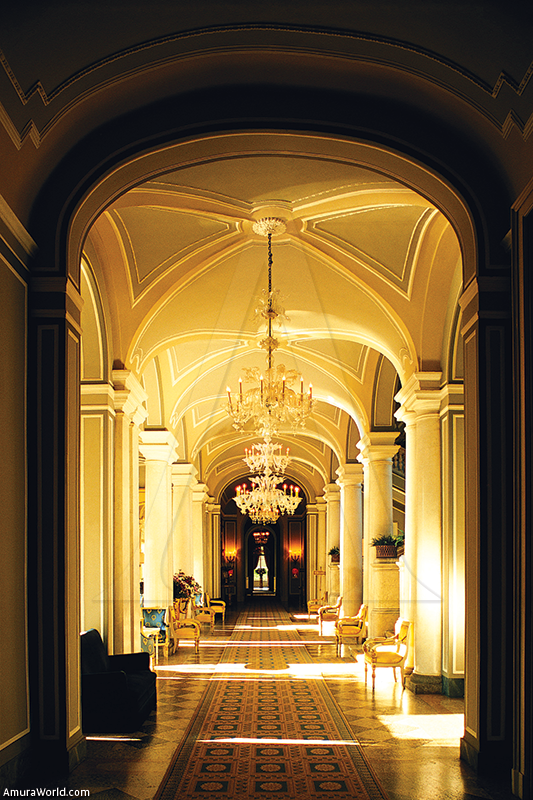 Edith Wharton, Mark Twain, Giuseppe Verdi and John Singer Sargent were among the first visitors to grace the shores of Lake Como with their presence. Since that time, many films have been shot here. The last time a movie troupe came to was in 1926 when Alfred Hitchcock filmed "The Pleasure Garden".

Amongst the hotel’s facilities are an outdoor heated pool floating on the lake, a children’s pool, an indoor pool, eigth tennis courts, 1 squash court, sauna and steam bath, jogging track, windsurfing, sailing, canoeing and water skiing. Several 18-hole golf courses are within a short drive of the property, among them the Villa d’Este Golf Club. The award-winning Beauty Center affers a large selection of massages, hydrotherapy treatments for face and body.