To enter China, visitors will first need to contact the Chinese consular office in their country to obtain approval because a Chinese visa is required. At customs, you will have to show a valid passport and visa at the frontier and once in Chinese territory, visitors are checked and have to declare their belongings and request their clear- ance.

Transportation in China is abundant by water, land or air and taxis have become indispensable in the area. Some tourist cities have special bus services for visitors. It is recommended to avoid peak times (7:00-8:00 and 17:00-18:00), mainly in Beijing, Shanghai and Guangzhou in order to avoid unnecessary delays. The express trains also link the country’s most popular tourist cities.

To enter the country, it is recommendable to get vaccinations against tetanus and polio. It is advisable not to drink tap water and to drink bottled water instead. Chins has an extremely varied climate throughout the year so you would be wise to take versatile clothing, from light items to warmer, heavier garments.

There are several means of arrival in China; the most common ports are Shanghai, Xiamen (oppo- site Taiwan), Tanggu (near Tianjin), Macao and Hong Kong. There are specialized agencies that plan daily departures from each port to tour the areas. It is necessary to consult each agency for the availability of days and boats to avoid problems or check for any itinerary changes. 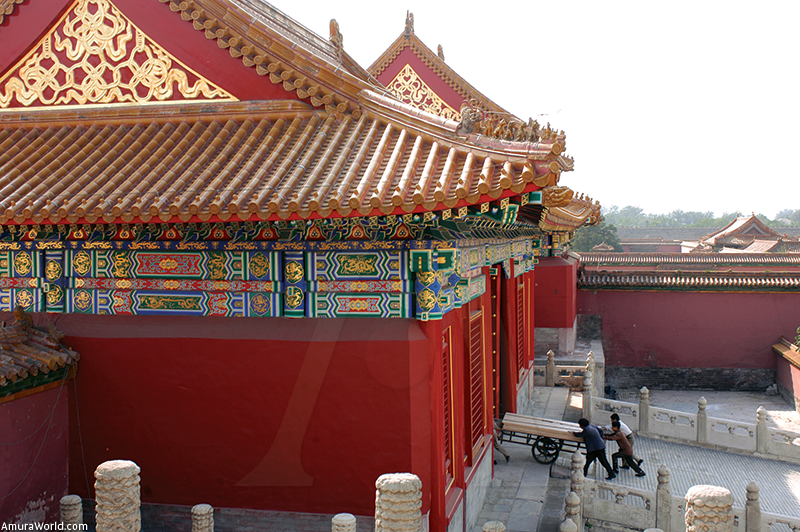 One of China’s main cities. Beijing, is home to the famous Forbidden City, originally called the “Purple Forbidden City” where the emperors of the Ming and Qing dynasties lived and ruled. Protected by enormous walls, it is one of the largest palaces in the world and nowadays visitors can walk through the palace’s imperial museum to admire and enjoy the architecture, the treas- ures and above all. learn about this fabulous place that was declared a World Heritage site by UNESCO in 1987.

In the range of the valley of Songpan. north of the Minshan de Chengdu Mountain, there is the impressive long valley of Huang, famous for its magical landscape of more than 3,000 multicol- ored pools that make it a wonder of nature. Added in 1991 to the world heritage list, its 3,400 tones are due to the line and mineral formations in the zone.

Considered as one of the new wonders of the world or simply a wonder of the modem world, the Great Wall of China is 6,500 kilometers long and extends over seven provinces. It was built by the Emperor Qin with the intention of joining China's different defense point and creating a barrier against a Mongolian invasion. This impressive monument is the only one that can be seen from space and is the longest ever built by man.

When visiting China do not leave Bund Shanghai off your itinerary, an exclusive area consisting of 52 buildings that house the banks of several dif- ferent countries, as well as some of the most emblematic buildings of European colonial times. Situated on the banks of the River Huangpu. oppo- site the Pudong neighborhood, it stretches one and a half kilometers from the Baidu bridge. 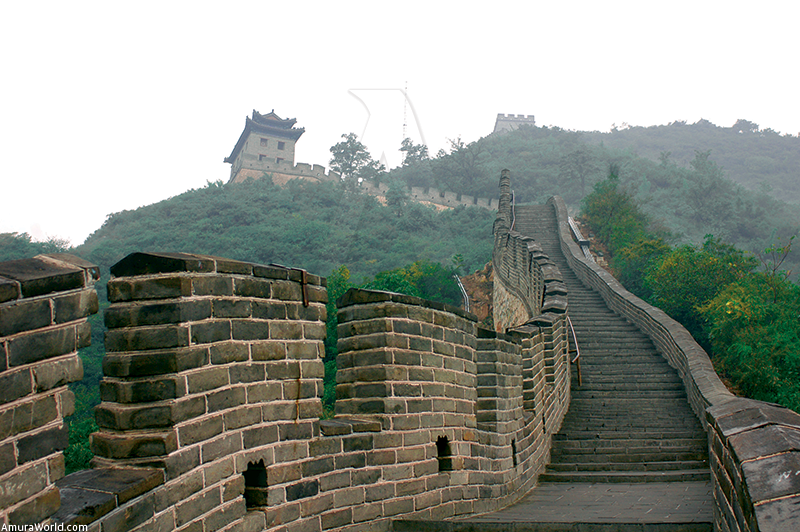