Fort Jefferson, a Star of the Sea

In the Gulf of Mexico, about 70 miles west of Key West, is a group of small islands discovered by Juan Ponce de León in 1513. He named them “Tortugas” because of the quantity of turtles he found there. The word “Dry” was added later on as a sign of their lack of water.

You can arrive in a hydroplane, a magnificent experience because seeing Fort Jefferson, on Garden Key, the main island, from the air is splendid. The stronghold was built in 1846 to protect the United States’ interests in the gulf.

During the Civil War is was used as a detested Union jail for captured deserters and four men (among them Dr. Samuel Mudd) accused of complicity in the murder of Abraham Lincoln were incarcerated here. 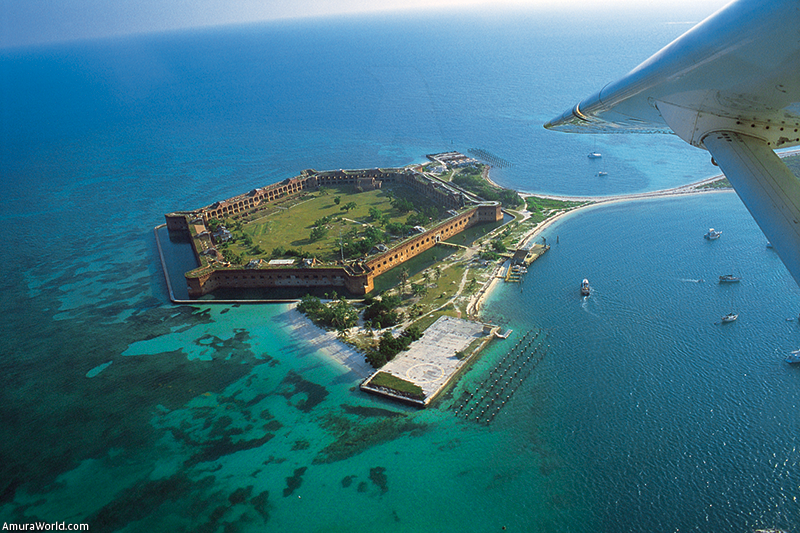 The intense heat, lack of water, outbreaks of illnesses and the tough climate turned this fort into a true hell. In 1874, after a violent hurricane and a final epidemic of yellow fever, Fort Jefferson was abandoned.

Now it is a very special, mysterious, beautiful place: the red bricks reflect the turquoise of the sea that surrounds it, the birds gaze at the waters from the top of its walls and the breeze blows against vaults where the light plays.