Scene of Beauty and Tradition

Huatulco, with its nine beautiful bays of dazzling blue waters, is a haven lying on the southern seaboard of the Mexican Pacific. The Bays of Huatulco are located along the coast of the state of Oaxaca, at the end of the Sierra Madre mountain range, and stretch along 35 kilometers (22 miles) of the Pacific, between the Coyula and Copalita rivers. All together, the bays feature 36 beaches of soft sand and crystalline waters —some which have been favorably compared to beaches on the Caribbean—, which are sheltered from the rest of the world by 21,000 hectares (51,892 acres) of thick foliage.

It is known that, when the Mexica Indians arrived here, they named it “Cuahtolco” which means “place where wood is adored”. Over time, it was changed to Huatulco, its actual name. 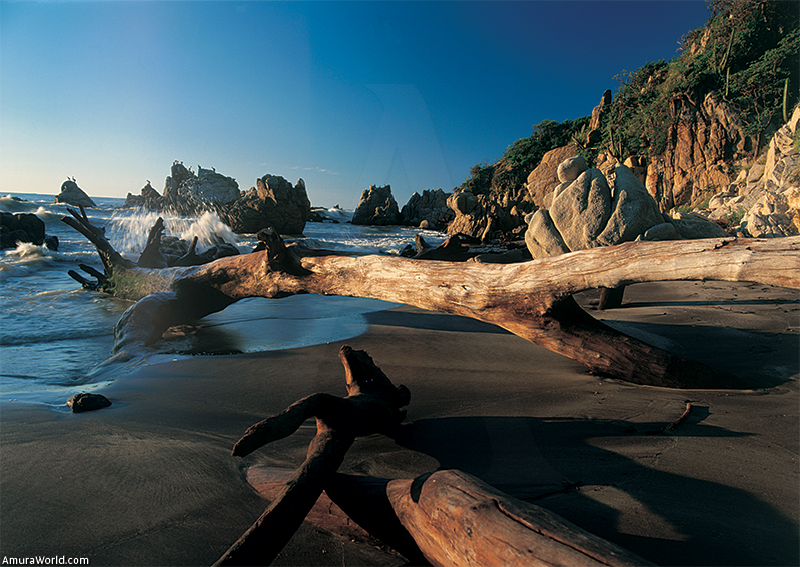 At the beginning of Spanish rule, Huatulco was a commercial port. This was the place where, during Mexico’s Independence, Vicente Guerrero who, a short time before, had been named president of the republic, was betrayed. In 1850, Benito Juárez, at the time governor of Oaxaca, visited the Pacific coast and founded Villa de Crespo which is, today, Huatulco.

At the beginning of 1980 this group of nine connected bays only had one isolated town, with no water or electricity, that could only be reached by a dirt road. The main town was on Santa Cruz bay and its residents were mostly farmers and fishermen.

However, in 1983, when the Puerto Escondido- Salina Cruz and Oaxaca-Pochutla highways were finished, FONATUR (the Fondo Nacional de Fomento al Turismo, the governmental agency dedicated to promoting tourism development) began building the Bahías de Huatulco tourism complex. That was the year they began constructing the first luxury hotels quickly followed by the airport, a golf course and the marina. Yet even today Huatulco is practically untouched and has three well structured bays: Tangolunda, the most exclusive; Chahué, which is starting to be developed and Santa Cruz, where facilities are located around the marina.

“The Bahías de Huatulco development has incorporated top notch urban infrastructure under a strict adherence to international norms of quality and ecology as well as a great respect for the architecture of the region and the natural surroundings,” says John McCarthy, director of FONATUR. 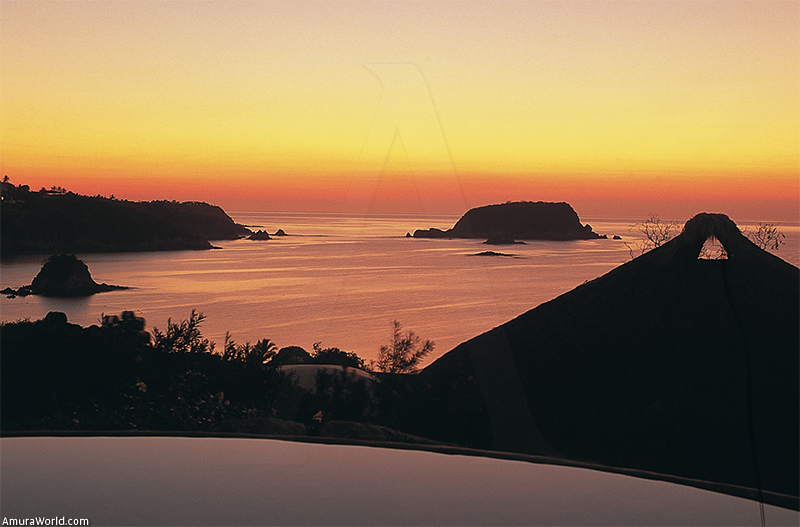 This destination, located on the coast of Oaxaca, is 277 kilometers (172 miles) from the state capital and 765 kilometers (475 miles) from Mexico City. Flying time is 50 minutes. It also has excellent access by land and sea. Its warm climate allows visitors to enjoy 356 sunny days a year, with only 40 rainy days.

Mexicana de Aviación flies in daily from Mexico City and has connecting flights from Chicago, Los Angeles, New York, Monterrey, Guadalajara and other cities. During vacation periods there are direct flights from some of the aforementioned cities as well as charters, like Apple Vacation and Mlt Vacations and, in Mexico, Magnitur and Viajes Liberación.

The surroundings are an added attraction: nearby are traditional ports like Puerto Angel (52 km/32 m) and Puerto Escondido (109 km/68 m) as well as picturesque towns like Santa María Huatulco (34 km/21 m) and Pochutla (40 km/25 m).

Marina Chahué is located on the bay of the same name, which lies between Santa Cruz and Tangolunda. It has 86 slips with electricity, water and storage facilities. Enrique Loustalot Leclette is the Harbor Master. Additionally, there are facilities for yachts and small boats in Tangolunda Bay and Santa Cruz Huatulco. 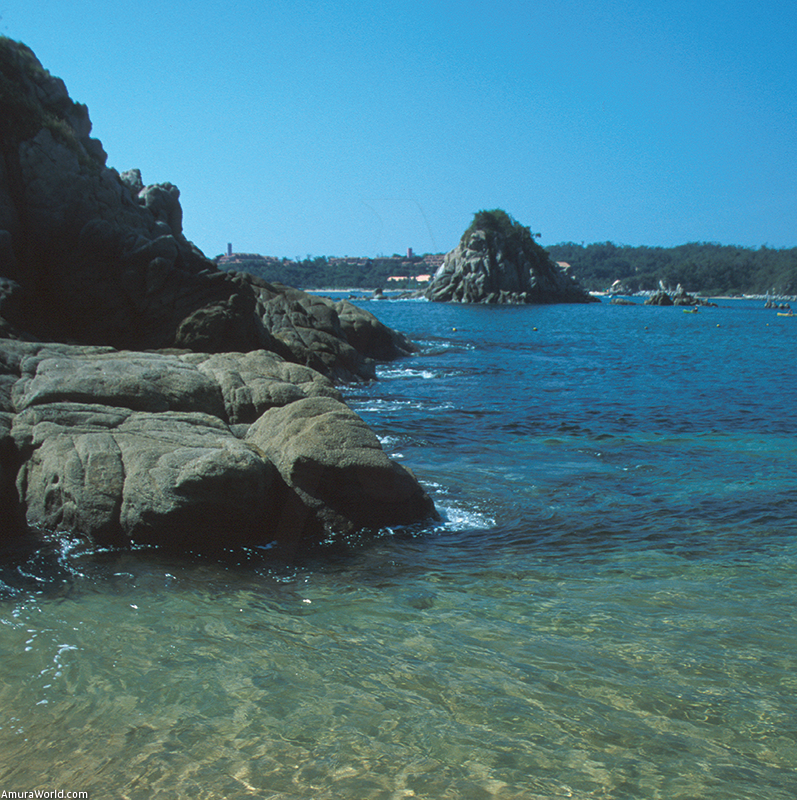 The rainy season, which used to be from May to October, has changed in recent years and now starts in July and extends to October, with September being the rainiest month. Precautions must also be taken since the rainy season is also the hurricane season. We recommend always being attentive to the climate by checking the bulletins released by the Weather Service. 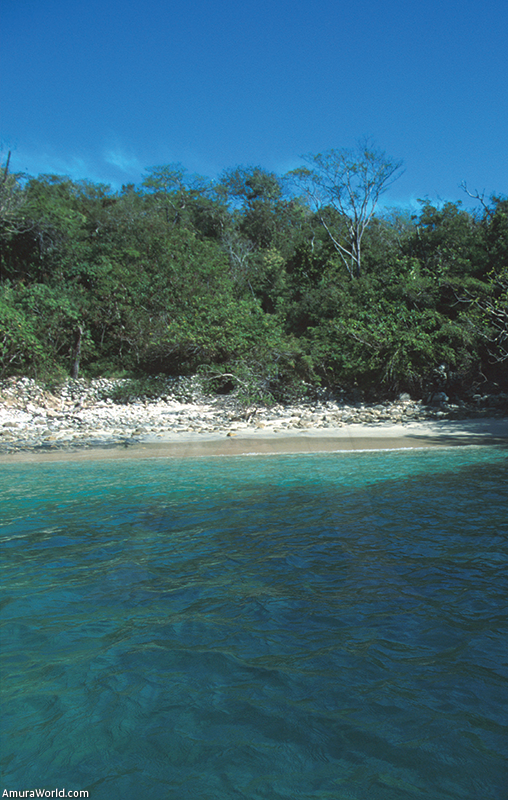 Among Huatulco's attractions is Tangolunda Bay which, in the Zapotec language, means "pretty woman". It is one of the most beautiful bays in the area and it is where the major hotels, residential area and the developing shopping zones are concentrated.
Here you will find all recreational and sports activities as well as the best restaurants. This is also where you will find one of the country's finest golf courses, with its beautiful and spectacular sea views.

Santa Cruz Bay is the scene of the origin and traditions of Huatulco and it is where you will find beautful La Entrega. Yerbabuena and Punta Santa Cruz beaches. It also has a commercial area, residences, a handicrafts market, shopping centers, discos, typical restaurants and rental of diving and snorkeling equipment. This bay has a deep water dock for cruise ships and a marina for yachts and fishing boats.

Chahue Bay is a place of fertile land, gorgeous bays and extensive blue waters. There are three beaches  and La Crucecita. a traditional, welcoming town with a main plaza, kiosk, church, handicrafts shop, boutiques and restaurants, is in the valley. 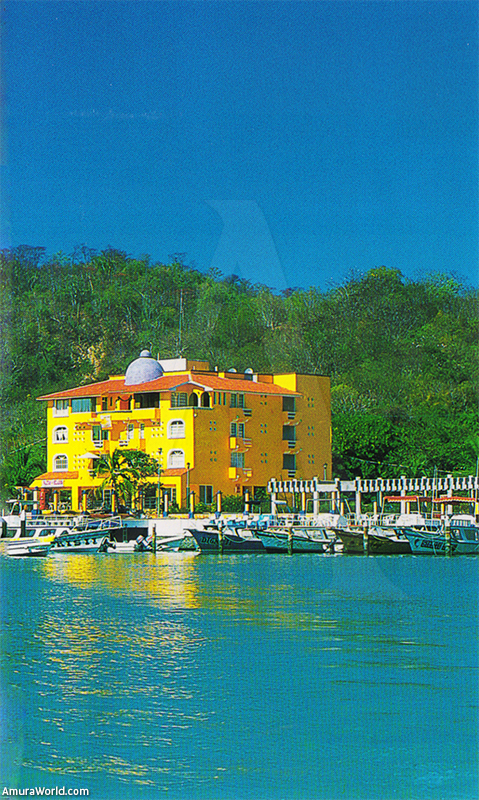 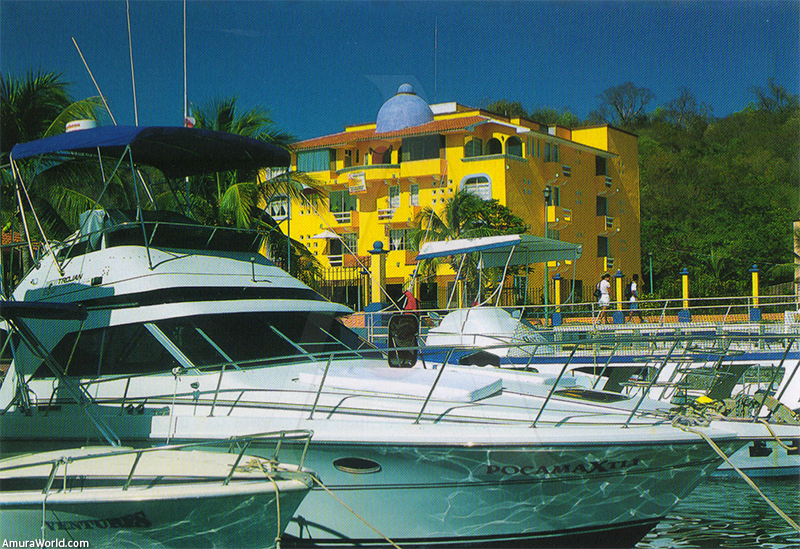 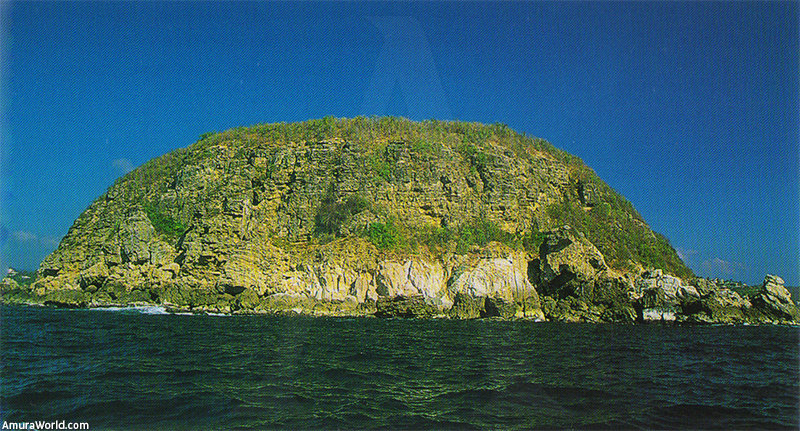 Maguey Bay offers visitors the freshness of its soft waves and peaceful setting: it is an excellent place for the whole family to enjoy water sports, snorkeling and water biking. Under its palapas (thatched palm roofs) everyone can enjoy delicious, fresh seafood prepared with traditional local recipes.

Tangolunda Bay, nestled between the mountains and the sea, is where one of the Mexican Pacific’s best golf courses is located. Golfers can enjoy the 18-hole, par 72 championship course, especially the 13th hole, which features a panoramic view of the bay.

Huatulco, a Centro Integralmente Planeado (Integrally Planned Center -C1P) of FONATUR, became the first tourism community on the American continent and the third in the world to receive the Green Globe environmental certification. 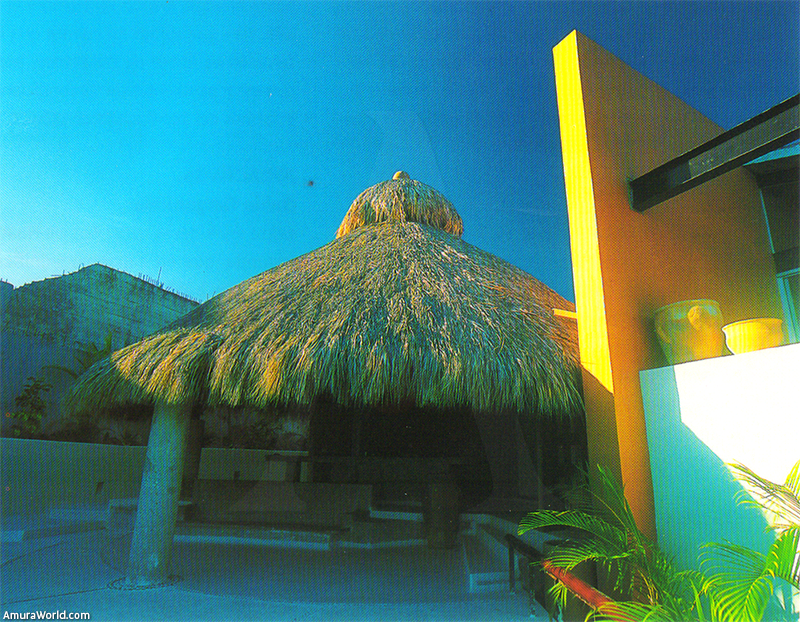 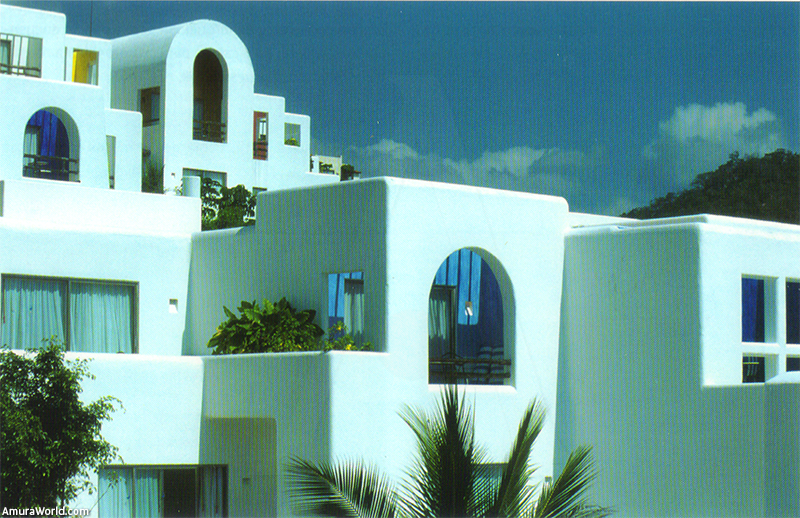 This World Certification
Program recognizes the commitment to operating under the highest environmental standards and is a worldwide system that helps the international tourism industry be self-sustaining.

“Green Globe offers a certification system that directly responds to the main environmental problems facing the planet, including the greenhouse effect, the misuse of water resources, the destruction of biodiversity, the production of solid and biological waste as well as social concerns".

FONATUR informs that, to obtain certification.

Huatulco had to surmount key environmental concerns including water usage, waste management and the efficient employment of energy.

Today, Huatulco is in the process of repositioning itself because, as authorities point out. its tourism potential has not been totally exploited. Even so. it is important to note that, since April, this destination registered an average occupancy rate of 54.64 percent. 9.46 points above the same period in 2004 and with the same number of hotel rooms.

To guarantee the arrival of visitors, the government of Oaxaca as well as the Consejo de Promocidn Turistica de Mexico (CPTM. the Mexico Tourism Board) decided to establish a 4 million dollar fund to be used in promoting the area of which 2 million are earmarked specifically for Huatulco. “an unprecedented amount for this destination." said Francisco Ortiz, general director of the CPTM. He explained that, of all the money invested, 3 million dollars will be used for international promotion and 1 million for the domestic market.

Likewise. 15 million pesos were allocated this year through the Convenio de Reasignacion de Recursos (Resource Reassignment Agreement), but he explained that this can increase depending on how the infrastructure projects advance. 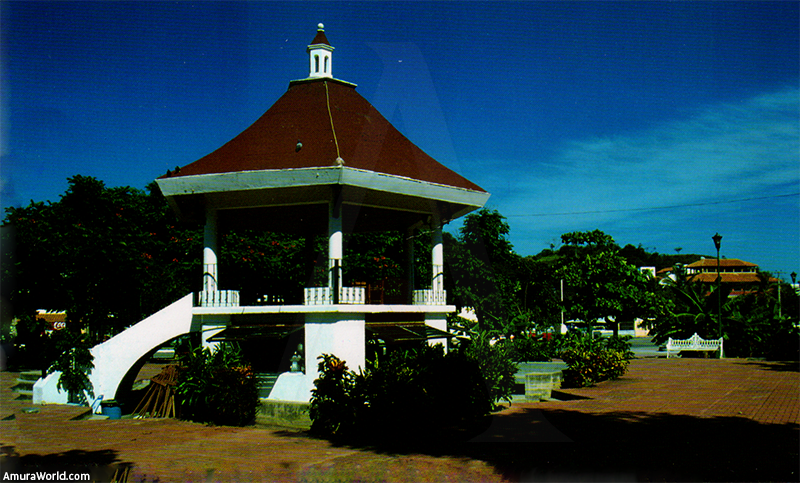 As for Huatulco's need for more hotel rooms, Rodolfo Elizondo. Minister of Tourism, said that there are plans to build 700 rooms in the next two years with an investment of 150.000 dollars each and to reach this objective, the Federal Government is contacting Mexican and international investors.

There is also a plan for Huatulco to expand as a natural nautical destination. This will be done under its reestablishment program and includes a dock for cruise ships, the Chahué marina, botanic gardens three new hotels. Huatulco has 2.200 rooms "but need at least 4.500 hotel rooms to have the sufficient infrastructure to generate more domestic and national flights to this destination", said Elizon proposed that time share developers set their sights on the coasts of Oaxaca.

Meanwhile, Raul Sinobas. director of CIP Huatulco, made appointments with three potential investors interested in developing an equal number of hotels in this Oaxacan destination. The appointments took place in the Bolsa Mexicana de Inversión Turlstica (Mexican Tourism Investment Exchange) and the projects are based on FONATUR’s plan to contribute the hotel lots in Conejos Bay in exchange for these investments since they are necessary to generate the number of travelers that will permit the consolidation of this destination. 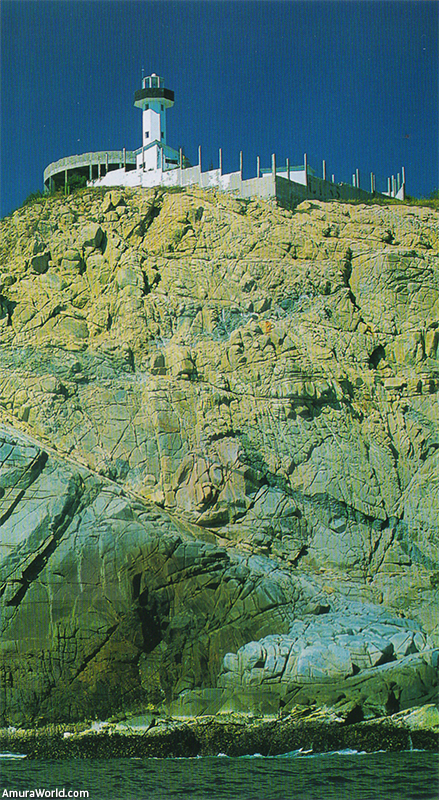 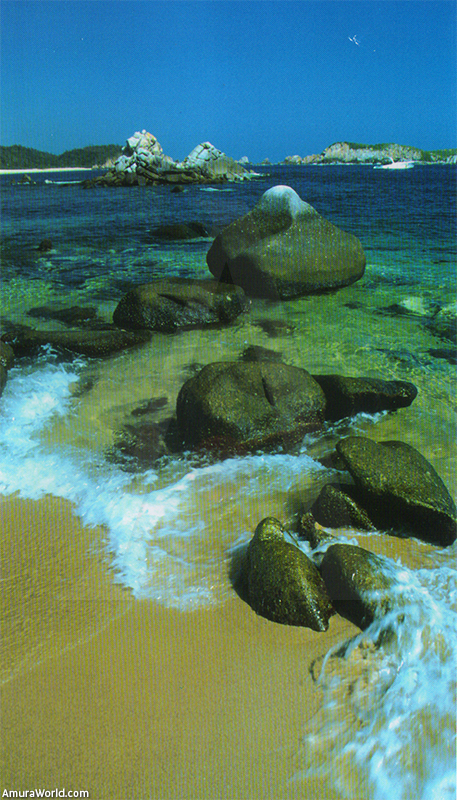 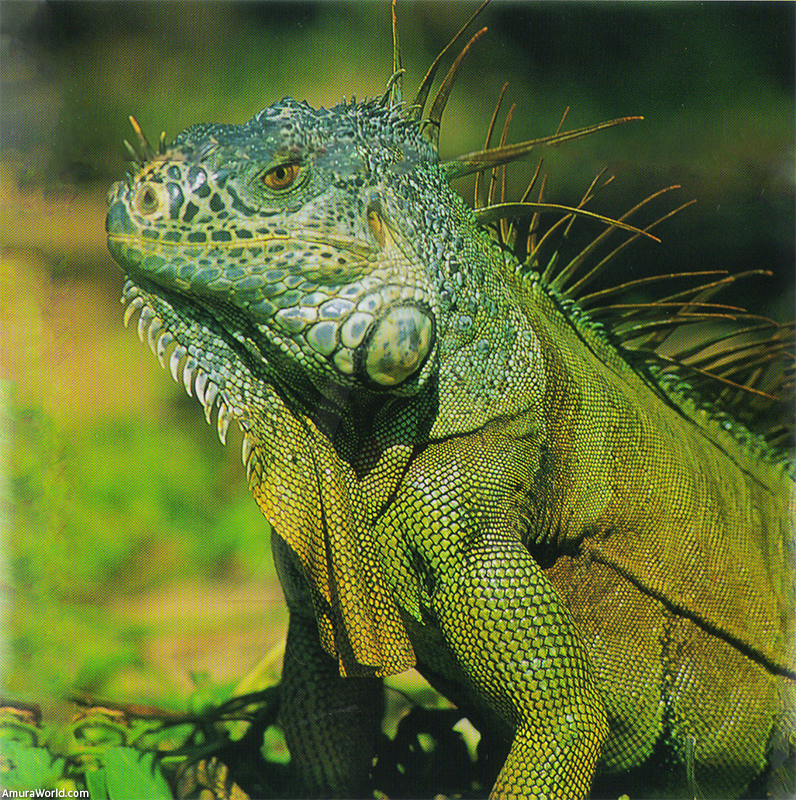 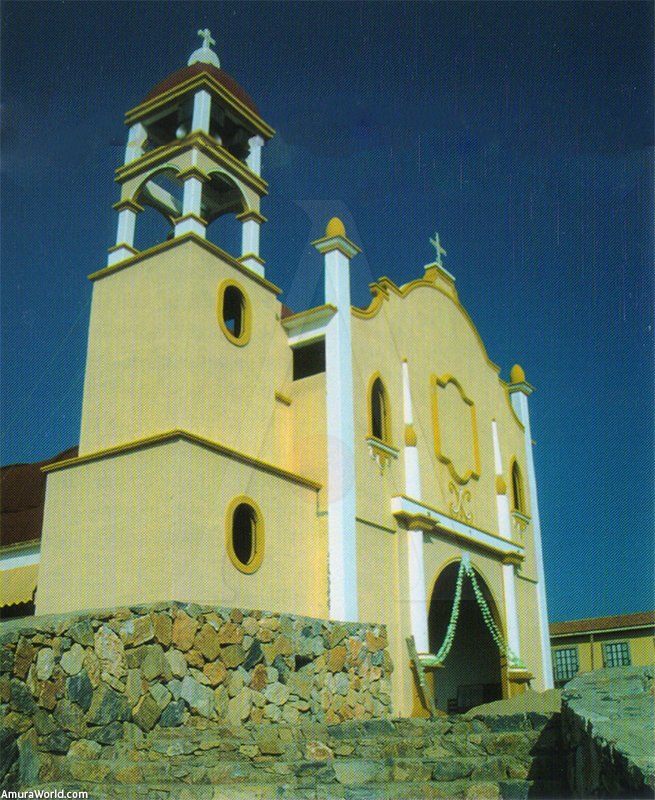 Enjoy Huatulco’s various attractions. It is an exciting place deep in the jungle and, in all of the tourist attractions. you will feel a direct contact with nature and the surroundings. Practice different ecological and alternative tourism activities: from hiking to bird watching, mountain biking, horseback riding and take a refreshing dip in the crystalline waters of the different beaches of the Mexican Pacific.

This is the tour par excellence. You can experience the superb beauty of the beaches and the Bays of Huatulco, the submarine parks and the unusual rock formations of La Bufadora, the Rostro de Piedra and 6rgano Bay. You will also have the chance to swim, snorkel and enjoy the coral reefs. 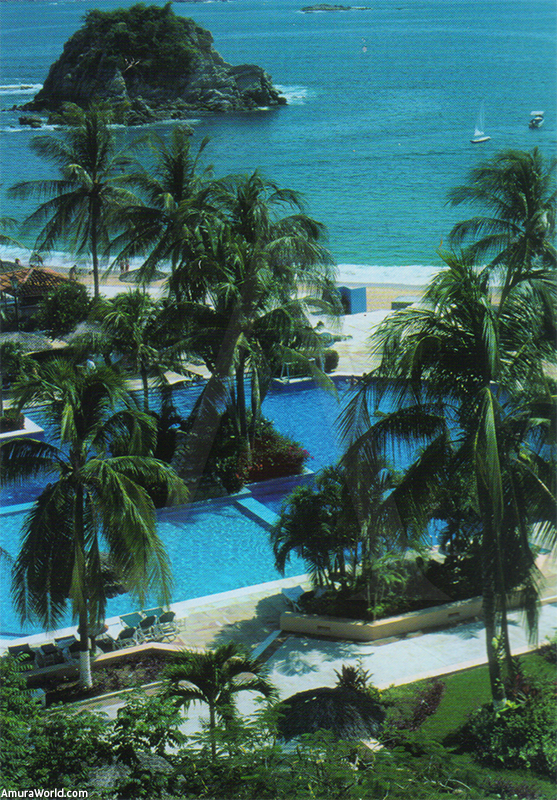 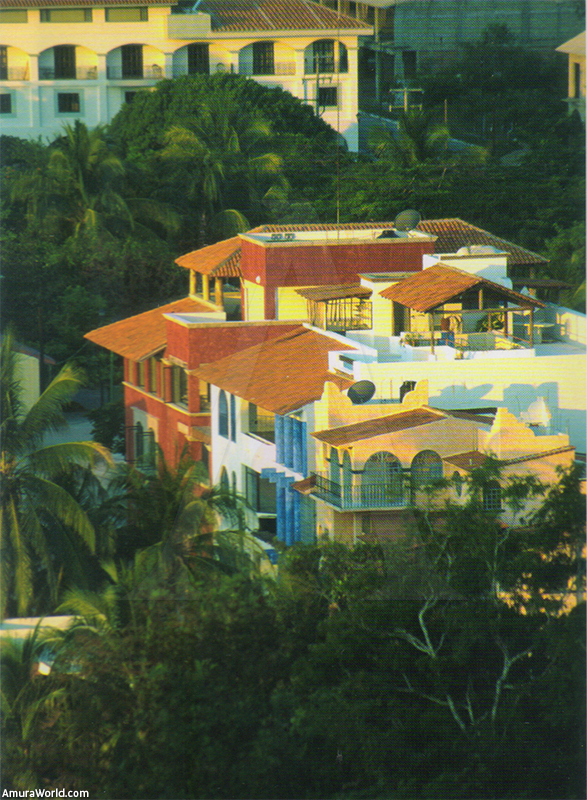 Besides the thrilling experience of white-water rafting. you can explore the exuberant natural beauty and scenery in the area that surrounds the region’s two rivers. You can choose among a variety of descents, in kayak, raft or canoe, and top off the experience with an extreme sport: rappelling in Punta Celeste.

These waters are excellent for catching sailfish, tuna and dorado. The prize is the size of the fish. In Huatulco you can learn the why and the how of this skill.

The fascinating coast of the Bays of Huatulco area is a combination of beaches, hills, islets, cliffs and coral reefs. All together, they offer diving buffs a great variety of places in which to practice this sport.

For the beginning diver or the snorkeling fan, the reefs of the La Entrega beaches, in Santa Cruz Bay. As well as the coral plates of Cacaluta and La Montosa islands are excellent places in which to find large, colorful schools of fish. 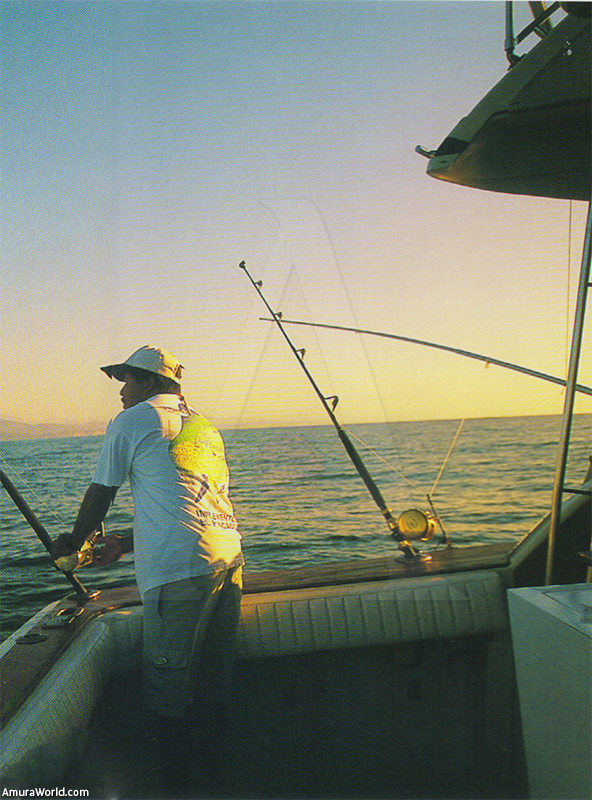 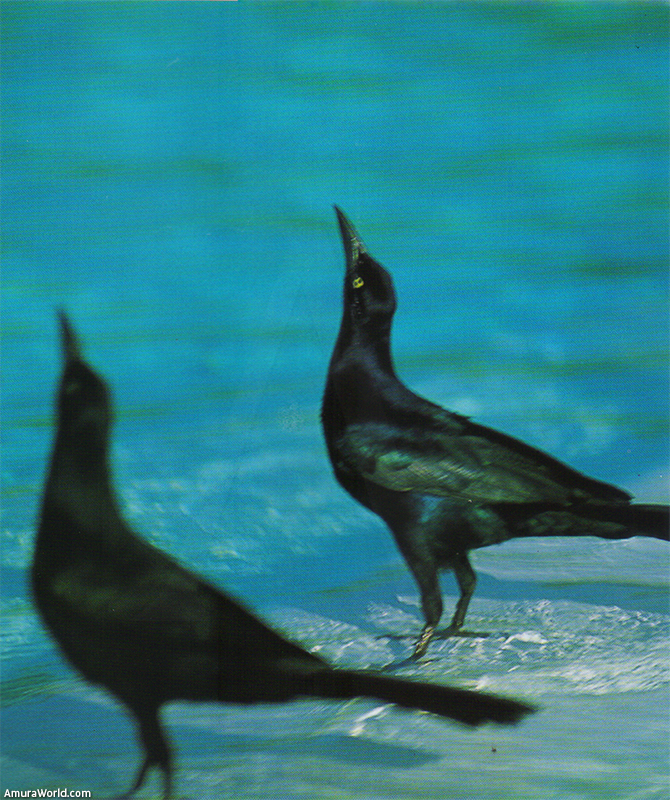