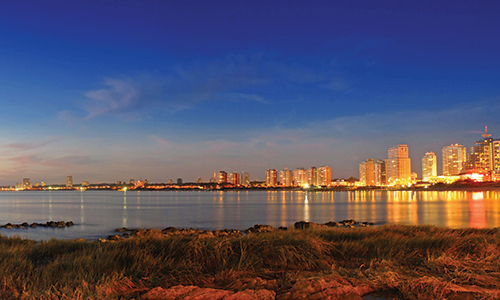 Mesmerizing summer residences, skyscrapers on the shores of the sea, lengthy  yachts, sumptuous hotels and restaurants, incomparable nature...all this transforms Punta del Este in the most glamorous Spa in Latin America and the most exclusive of the region.

Located in the Maldonado district, only an hour and a half away from Montevideo -Uruguay’s capital-, in Punta del Este everything combines, it is one of the most select places beyond it’s borders: Houses from the XX century,dazzling skyscrapers and a unique, unrepeatable architecture; it’s port on the ocean’s shores, holds the most magnificent yachts; a stroll of alfresco shopping on the Grolero avenue and Calle 20 or “Rodea Drive is where several international and sophisticated brands meet: Versace, Kenzo or Christian Dior, alongside the best local Uruguayan fashion.

Not in vain was it chosen by great celebrities, like the designer, Ralph Lauren, or the football player Zinedine Zidane, Metallica singer, James Hetfield or Shakira as the ultimate destination for summer. 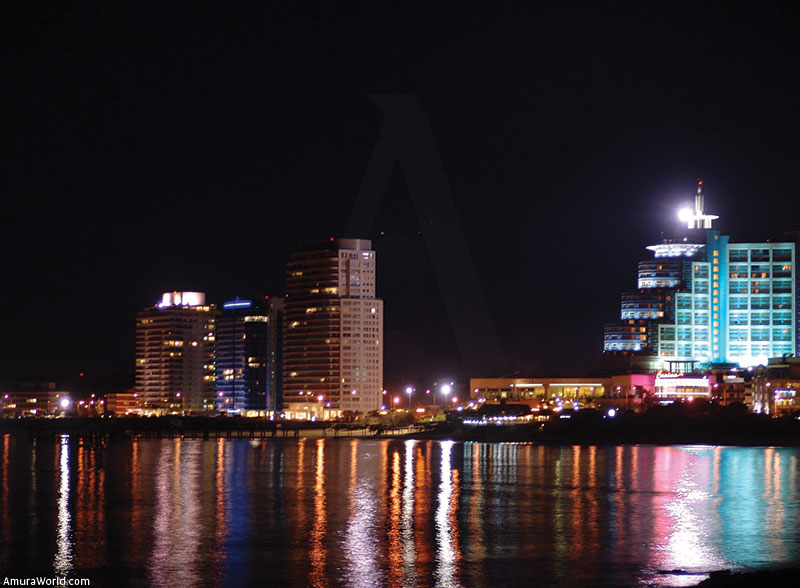 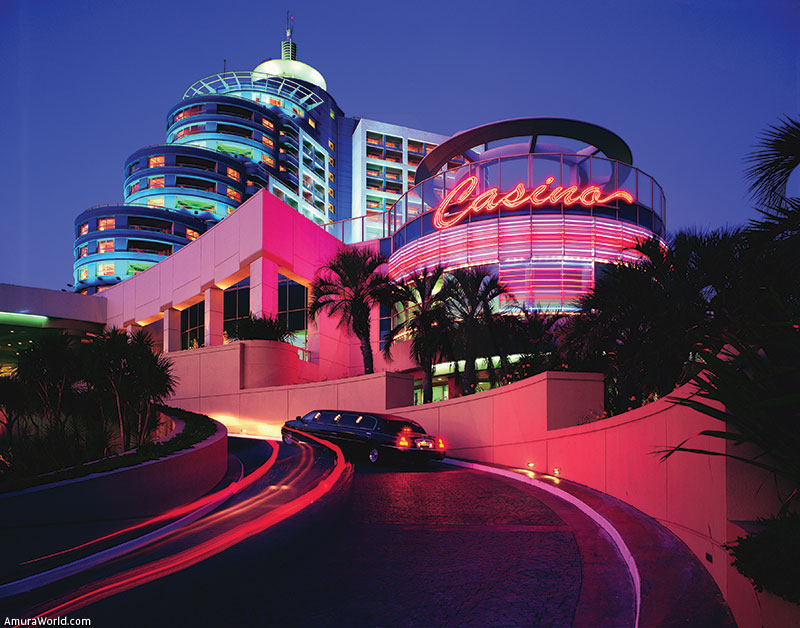 The Spa city is chosen for the realization of massive high-end parties, fashion shows and a wide range of cultural proposals of great dimension, an International Jazz Festival, the International Cinematography Festival or expositions of names known world wide in the artistic sphere.

Punta del Este is also a natural unique destination. With over 20 km of coast and a vast mountain range that behold the sea, the city also offers charming corners and postcards for those who seek absolute tranquility.

The meeting point of it’s two most famous beaches: Playa Mansa and Playa Brava, define the end of Rio de La Plata and the beginning of the Atlantic Ocean.

The diversity of it’s shore and white sand beaches convert it unto an ideal destination to practice  windsurf, jet-ski or set into an adventure riding a water motorcycle, sailing, fishing, surfing and yachting. On land, tourists also find a privileged scenery for the practice of sports, such as: golf, polo, tennis or rugby.

Punta del Este is synonym of endless alternatives for satisfying the palates of the must demanding and heterogeneous necessities. “El balnearo” began to grow toward the West, this formation was called Punta Ballena. To the East you may find La Barra and Jose Ignacio. 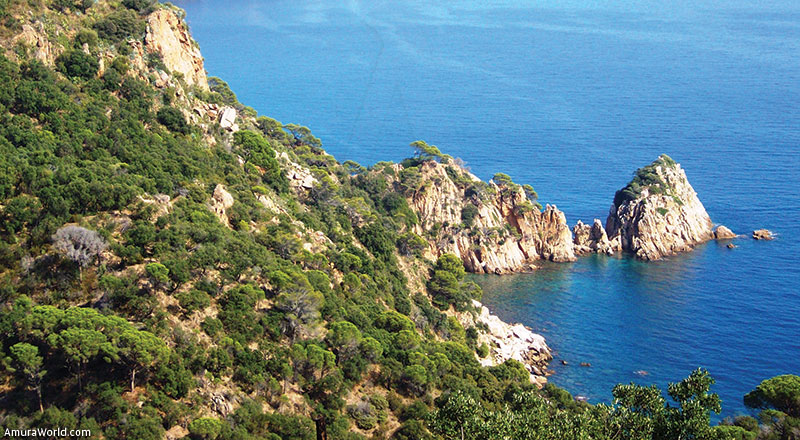 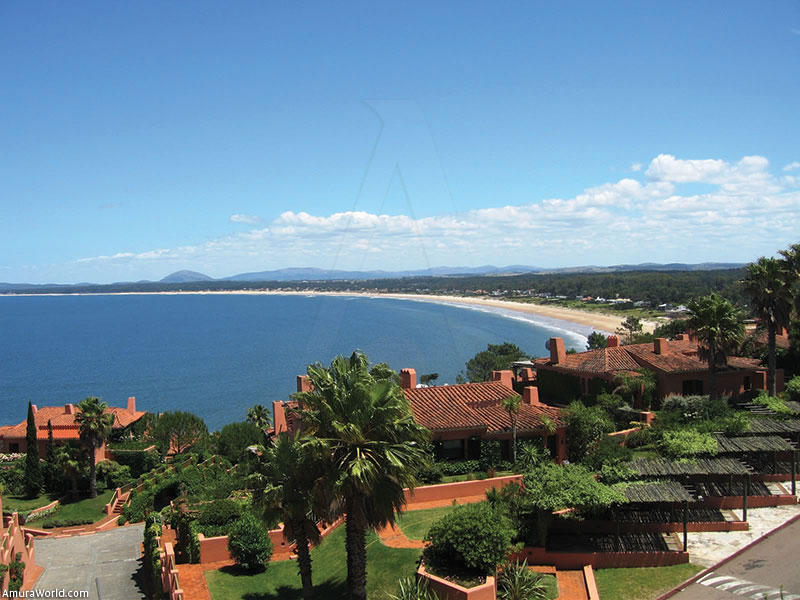 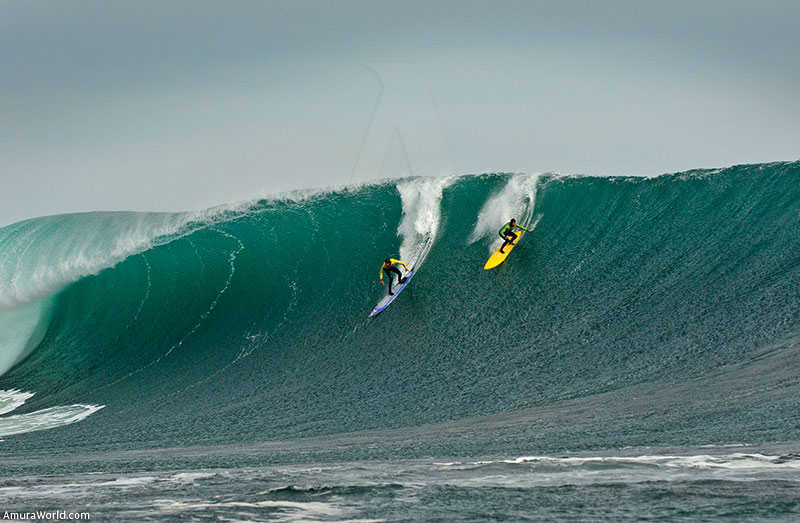 An ancient fishing town, located few kilometres away from Punta del Este. La Barra of Maldonado has transformed into one of the preferred spots for visitors of all ages.

Characterised by it’s style, it’s oceanic sights which possess beautiful beaches and the architectonic picturesque factor of it’s houses; alongside the movement of art galleries, antique shops and the flea market, which are complemented by restaurants of varied gourmet options, bars and nightclubs, maker a calling to young people to fill it’s streets with fun, granting it with a sight that is quite unique and special. The bridge of La Barra, allows to cross the Maldonado stream; it is one of the most representative symbols of the region and of tourism in Uruguay. It was built in 1965, in 1999 the second phase was created in order to decongest transit. 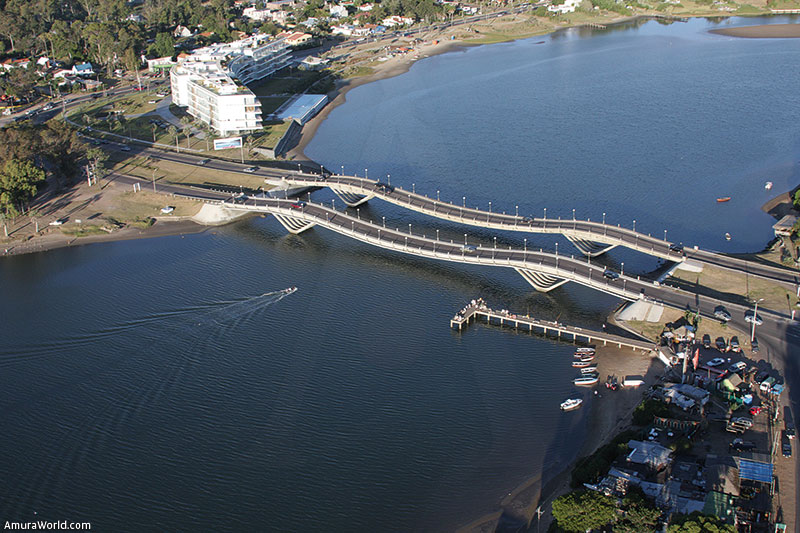 This small fishing town can be found only 40 minutes away from Punta del Este and it is the new jet set international paradise. fashion icons, celebrities and great entrepreneurs are set to spend each summer in it’s beaches to find moments of peace and quiet.

Several are the reasons of why this setting has transformed into a premium destination. Mostly due to it’s beauty and the tranquility of it’s exclusive beaches. On the other hand, looking West, you can locate Playa Mansa, with it’s little fishing ships and magical sunsets. If you face West, you can find Playa Brava, very wide and with imposing waves.

Another key factor if it’s singular gastronomy. It’s restaurants are an attraction pole for those who want to savor -not only sea products- original dishes and trendy gourmet proposals, all elaborated by chefs of the region. 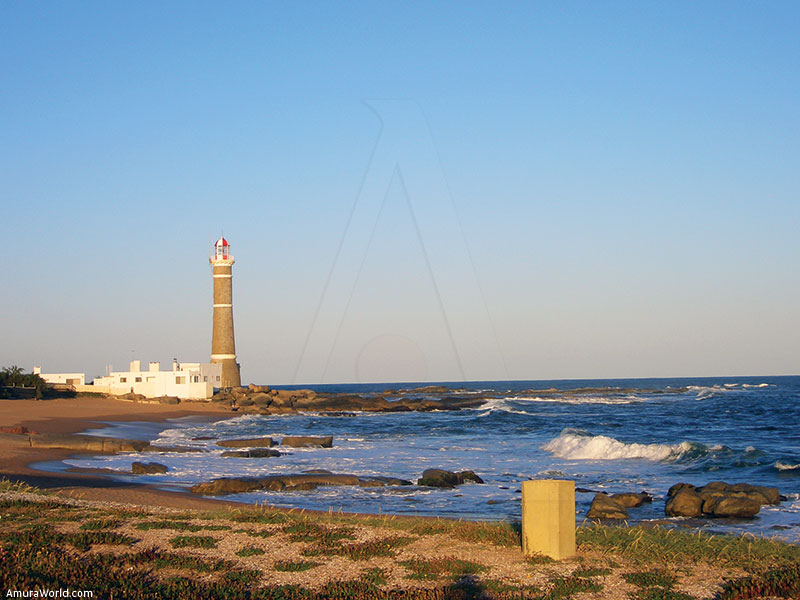 This place is also quite mesmerizing, it is very picturesque. You may find the lagoons of Garzon and Jose Ignacio. In both cases, you can behold a biological richness that inspires it’s international visitation. In the surroundings of of Jose Ignacio, a sumptuous place exist in this zone which holds exclusive chacras to spend the summer, the own a magnificent infrastructure and the certainty of peace desired by those who long for it.

Jose Ignacio it a guarantee for tranquility, beautiful settings and high-end services. During the last seasons, the Spa was counted with the visits of James Murdoch, son and heir to Rupert Murdoch (owner of Fox and the Wall Street Journal); Elon Musk, the multimillionaire creator of PayPal and Martin Sorrel, CEO of WPP Group, a publicity multinational of public relations. 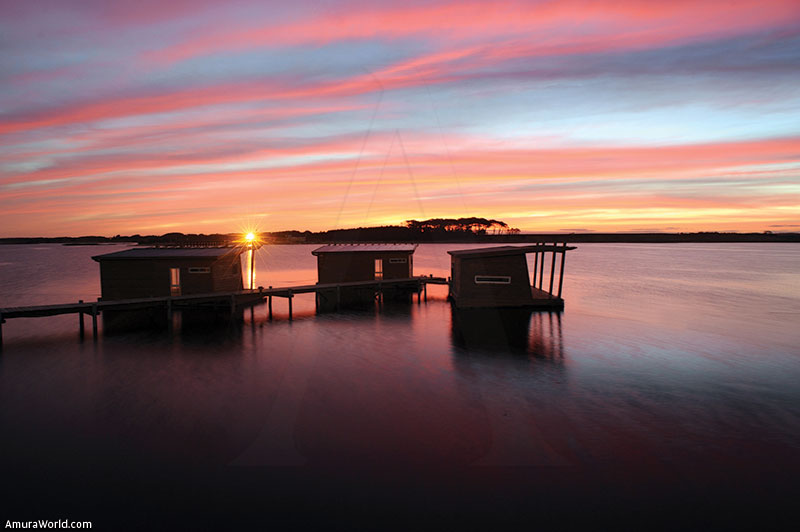 One of the aspects that attracts the most attention for celebs, is the capacity this town holds to remain so unique and cozy, it’s a little village with a “country-like” vibe immersed by the ocean. This is possible due to the fact that this place has a severe construction regulation which has established in 1993. Amongst some of it’s most restrictive measures you can find the prohibition of opening nightclubs, this maintains the calm of the place.

In Jose Ignacio no skyscrapers exist, nor do luxury resorts; only a collection of chic houses of several colours which grand the view with a completly romantic identity. The hotel area is hidden by walls and fences, they are technically invisible to visitors, at the same time they offer it’s guests spectacular sights of the ocean, which results highly convenient for those who wish to escape the camera flashes.

Punta del Este is a pearl that illuminates those who visit it, it shines with a singular, self-possessed light. 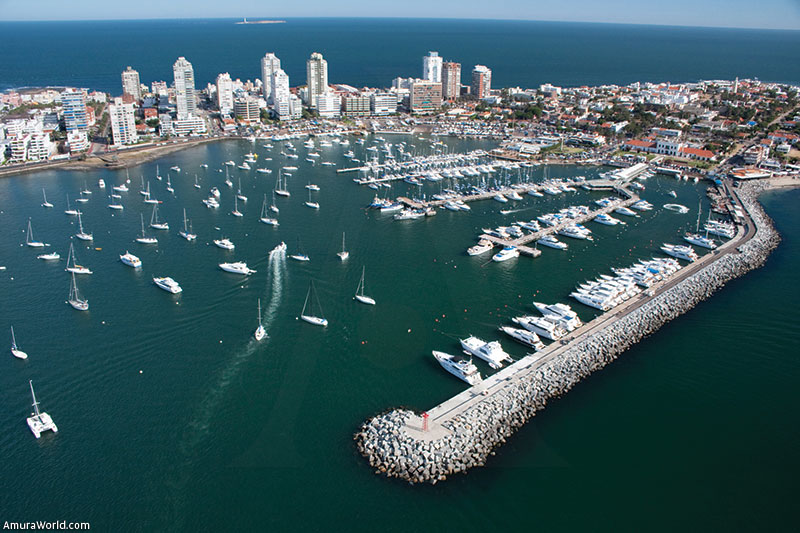 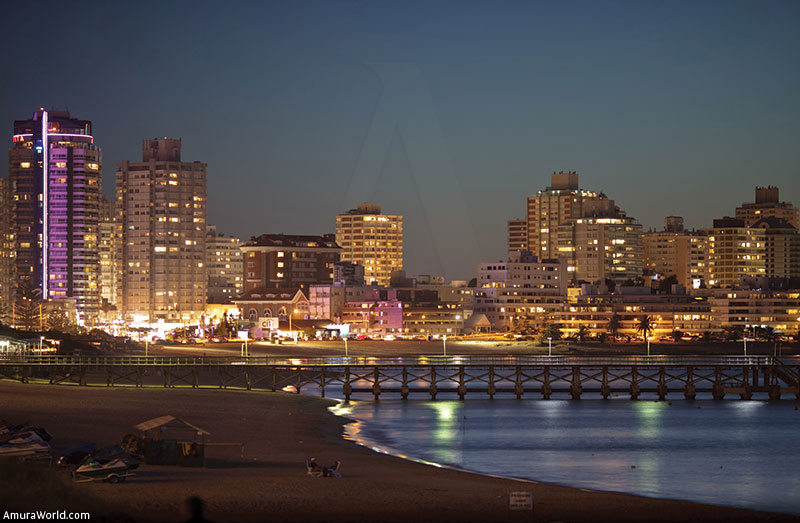