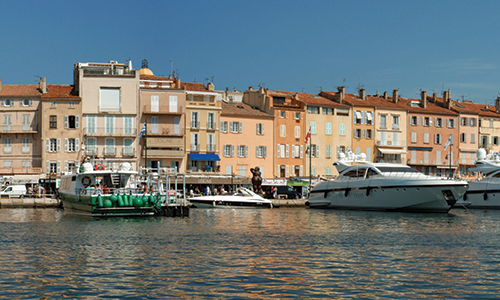 What was once a merchant marine with a population fully adapted to a harsh life, is today a glamorous destination with a spectacular landscape that surpasses any postal card. After being restored by artists from the Nouvelle Vague (a golden age in French cinema), after World War II, St. Tropez still offers an inheritance full of charm as the mecca of European cinematography.

Films such as And God created women -with Brigitte Bardot-, Bonjour tristesse, Une fille pour l’été o La Piscine, were filmed St. Tropez. But what grants it with that touch of exclusivity is the necklace of beautiful yachts in its ports, one of the most beautiful on Earth.

The citadelle of St. Tropez testifies through it’s bulwark the importance of naval ancient life, when it was threatened by the Turks, pirates and corsairs. As far as La Vielle ville (Old City) goes; it reflects in its colourful facades the history of its port waters, giving it a unique tone. You can also discover all kind of commercial and gastronomic surprises, as well as entertainment.

It’s important to pinpoint it’s iconic church which is a stamp of St. Tropez; anyone who has been here knows that it’s ancient bell tower -built in 1624- possesses the scenery, when admiring it, there is no doubt we are in St. Tropez. The Chapel of Ascension was built between 1550 and 1568, today, it’s an incredible museum in homage to the innumerable artists that have painted within it’s walls.

St. Tropez began building its image as an icon of taste since the 50’s, when celebrities like Brigitte Bardot proclaimed it their second home, due to the atmosphere that gather here, it’s rustic ambiance and boheme feel. The sportive port united one of the most modern and complete in the world, with equipment that goes from 40 people to the reception and berths,  it also grants all the commodities for any need or whim of the vessel’s owner.

The season with the greatest demand and marina is during the months of May and June due to the Bravade festivities; a patronal celebration where people disguised as musketeers make a procession  with music and parties on the streets, it’s origin is a mixture of religious accounts of the military times of Neron. 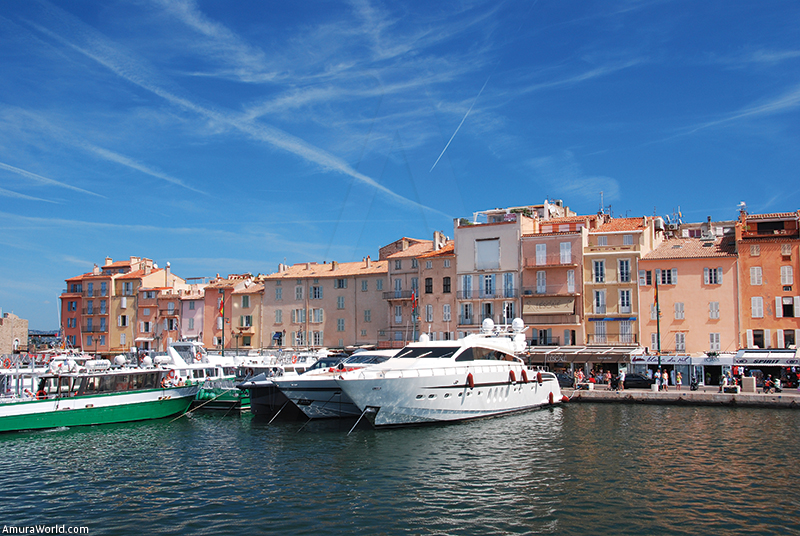