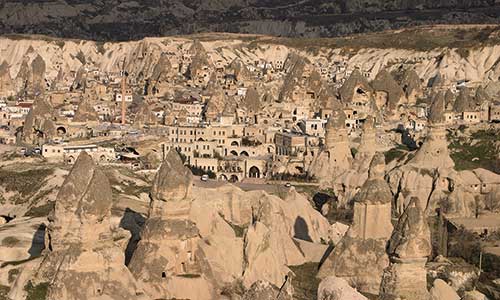 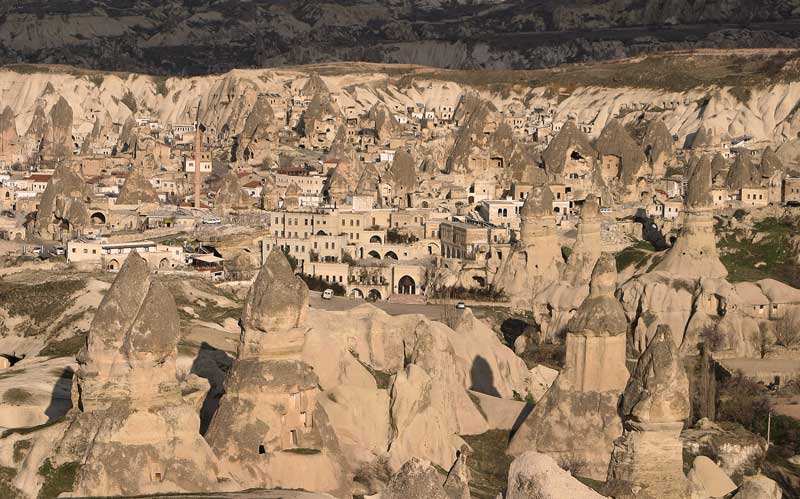 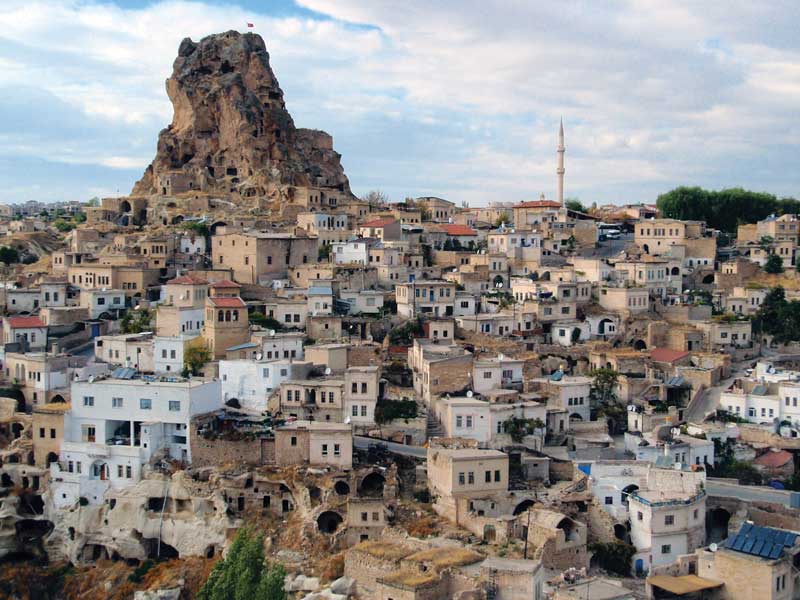 In the heart of Cappadocia, there is a town of whimsical and imposing crag structures, mainly large, narrow and pointed monoliths. Due to the singularity of its landscape it has earned the nickname “fairies chimney.” It is located at the Göreme National Park, an outdoors museum, declared a World Heritage Site, where its inhabitants, the first Christians, carved caves to use them as chapels, dormitories and churches. Some of these caves, dating from the third century, have been transformed into little shelters.