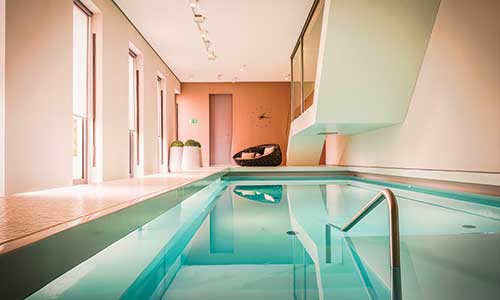 International orientation from the past

It consists of a historic portion and a post war addition from Axthelm Architects, this 78 room is found in Berlin’s diplomatic neighborhood.

The past of this property is bathed in affluence, power and historic importance.

The grand building that surround it are testaments if this district and it’s long relationship if international diplomacy. 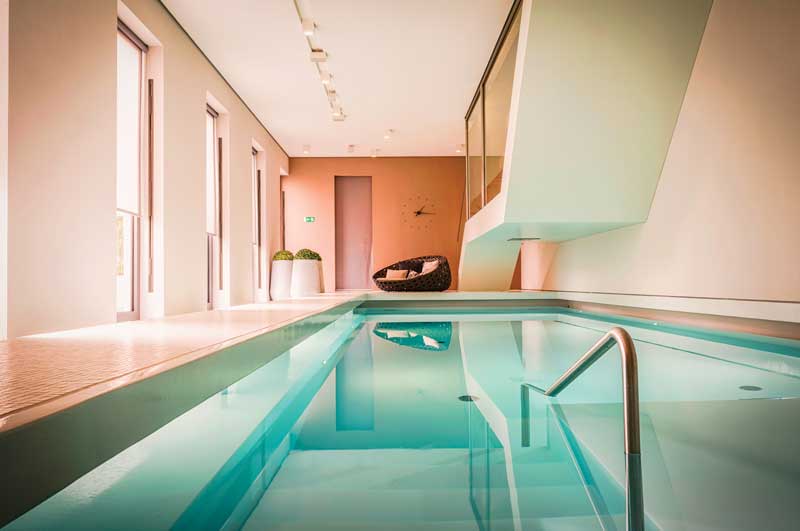 Actually, this hotel is the former Danish embassy, a structure of 1930 with a history of it’s own and large bones. A sober - and slightly curved- gray stone facade welcomes first time guests. Within, we encounter ourselves with two stairways that flank the entrance; under the numerous and little lights, it’s interior design makes us transition from a traditional atmosphere to a completely contemporary decoration.

The love and appreciation for art from the owners of Das Stue is constantly visible while we walk from one room to the other. All common areas show a curated selection of their private collection, at the same time, is portrays an impressive plethora of early fashion photographs and paintings. We can also see works in black and white by Horvat, Steichen and Newton, which were commissioned by magazines such as Harper’s Bazaar or Vogue during the decades of the 50’s and 60’s, in the same way, private photographs of actresses Dorian Leigh, Marilyn Monroe and Marlene Dietrich hand form the walls, these studies were realized Penn, Avedon or Bohmann. 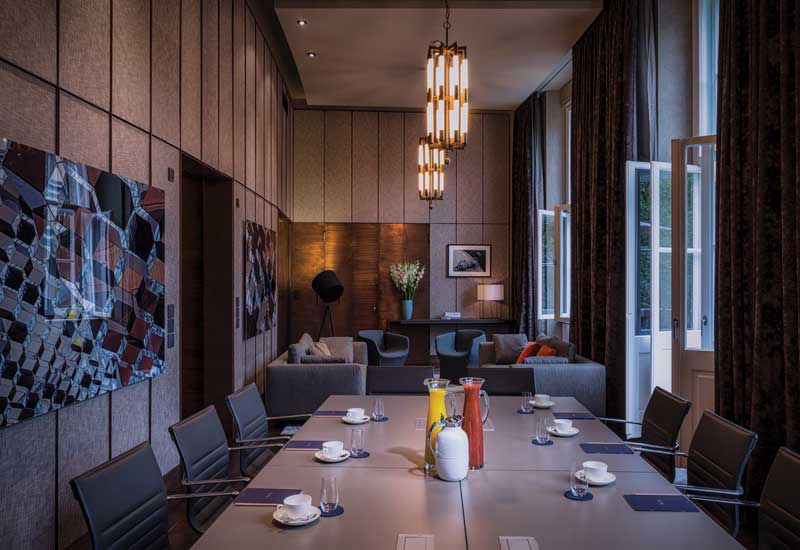 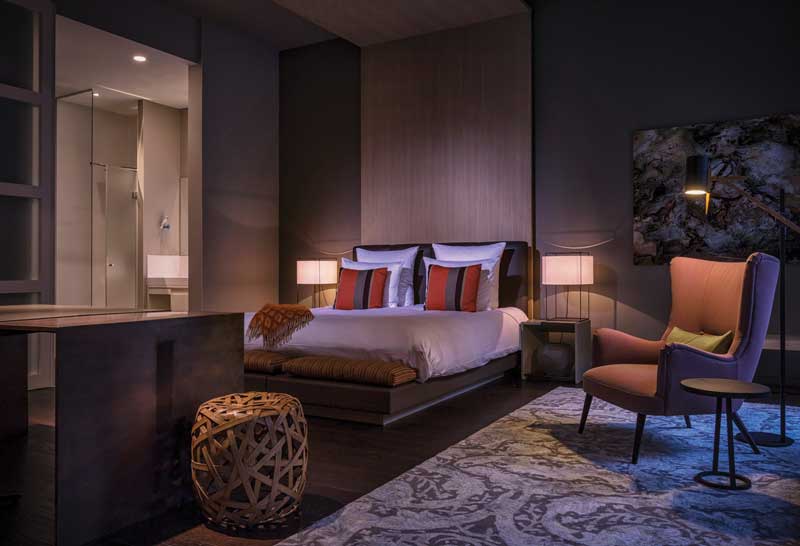 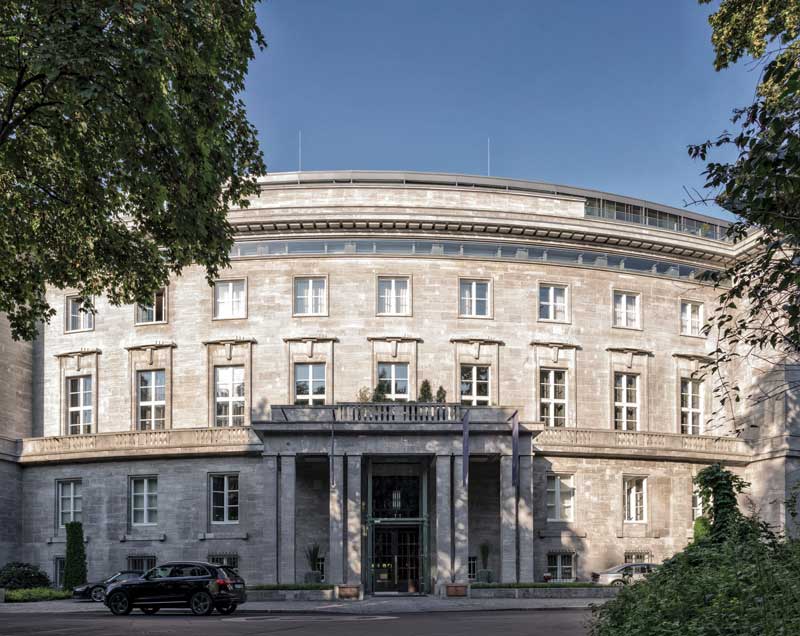 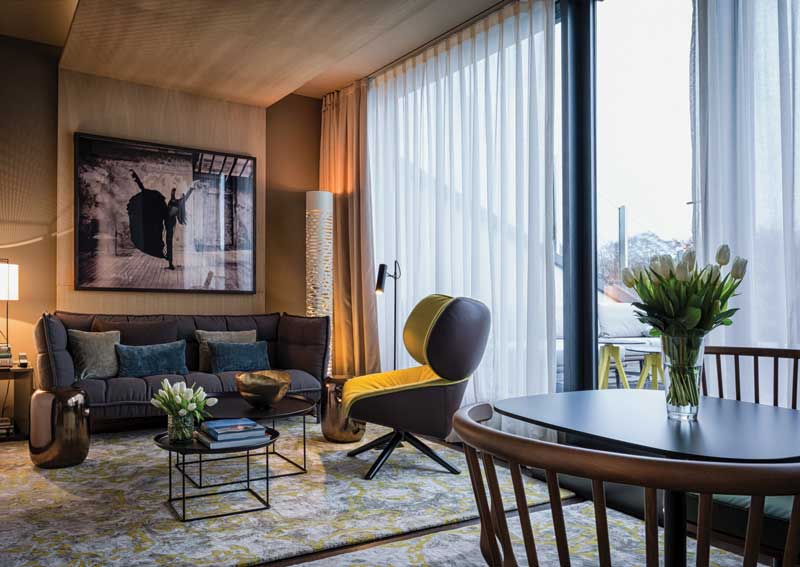 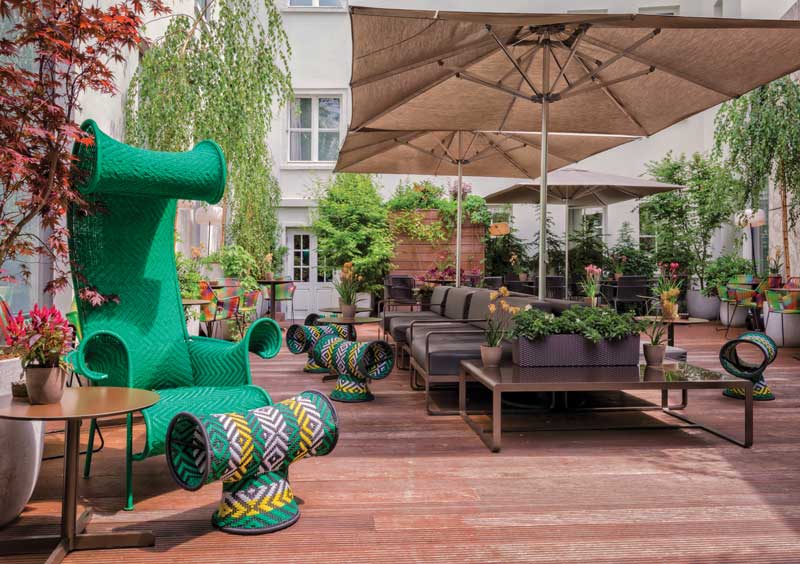