The word sapphire comes from the latin word sapphirus, and refers to a bluish gem that belongs to the corundum family. It is one of the world’s most relevant and valuable precious stones, along with diamonds.

It is believed that a sapphire symbolizes sincerity, loyalty and truth in human relations, and is a source of peace, wisdom and happiness. In antique times, this stone was related to the protection against evil spirits, and it was also believed that the star sapphire gemstone was a powerful talisman that would give protection to travelers and seekers.

The most valuable Sapphire color is intense Blue due to its rarity and beauty. Commercially, the most important sapphire deposits are currently found in Australia, Burma, Sri Lanka and Thailand. 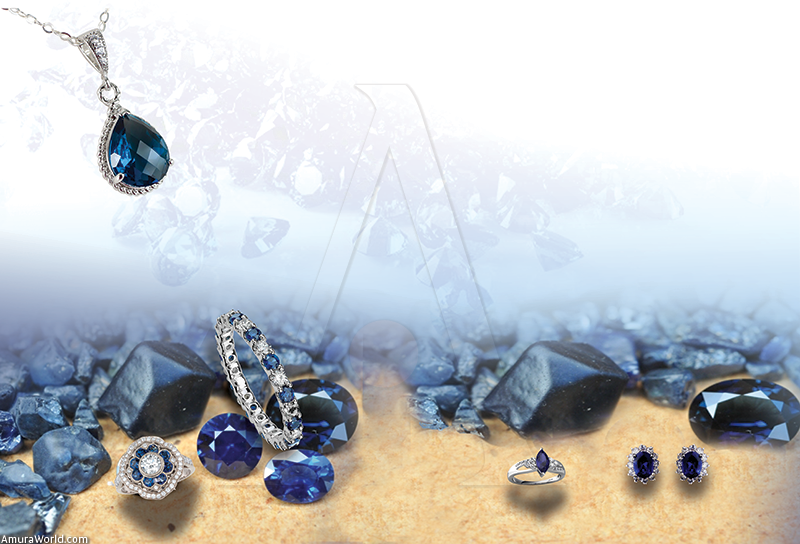 The elegance is also expressed in blue

The coveted blue sapphires mainly come from Australia and Thailand; Australia’s mines have produced blue sapphires of the highest commercial quality more than any other source in history. The oldest sapphire mines are those of Sri Lanka, an island which heritage in the mining industry goes back to more than 2,000 years ago, and where some of the most impressive sapphire commitment rings were originally from. The island is known as Gem Island due to the variety of jewels that are found there, as well as garnets, topazes and lunar stones; but Sri Lanka is mostly known for its sapphires, such as the blue Ceylon and the sapphire called Padparadscha.

After the announcement of the commitment between prince William and his girlfriend Kate Middleton, all the glance was inevitably fixed on the ring finger of the future princess, who was wearing a ring adorned with an enormous blue sapphire (of 18 carats and valued in US$ 200.000) surrounded with fourteen perfect diamonds and set in white gold, which value is said to be estimated in half a million dollars.

It is actually the same ring that on February 19, 1981, Prince Charles gave to Lady Diana Spencer when he proposed to her. Diana herself had chosen the design in a catalogue exclusively assembled by the prestigious jeweler Garrards, supplier of the Royal House, and which since 1843, has been entrusted to produce and design the Royal House’s jewels, as well as to provide maintenance and restoration to the same jewels.