Heritage of power and speed

Brands like Ferrari and Maserati, belonging to the Fiat group; Pagani and Bugatti; besides being included among the luxury racing teams with the most value in the world, are a clear example of power, luxury and speed. These, besides of Lamborghini, Alfa Romeo, De Tomaso and Lancia, that also distinguish themselves for their design and high engineering, are just an example of the Italian automotive potential. 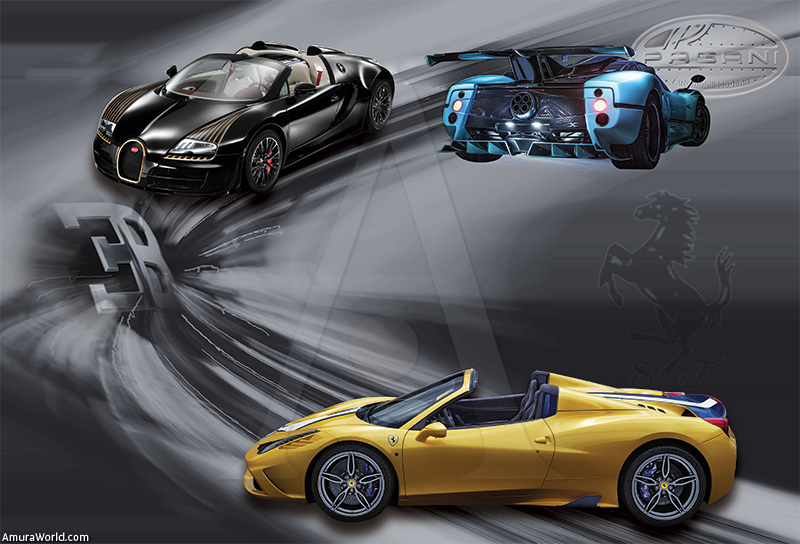 The most powerful of the Italians

The 458 Speciale A (the “A” is a reference to Aperta) is a new limited edition special series (only 499 autos) that celebrates the radiant achievements of the different versions of the 458, a model that has been granted a full cast of international awards from the media on top of this attaining victories on the track, no less than with a double title on the WEC (World Endurance Championship) and winner on its own category of the Classic Races like the 24 Hours of Le Mans, the 24 Hours of Daytona and the 12 Hours of Sebring. It is nothing but the most powerful Spider ever built in the history of the Cavallino Rampante.

Its retractable roof made in aluminum, that actuates in just only 14 seconds represents a weight difference of 50 Kg compared to the Speciale Coupé. 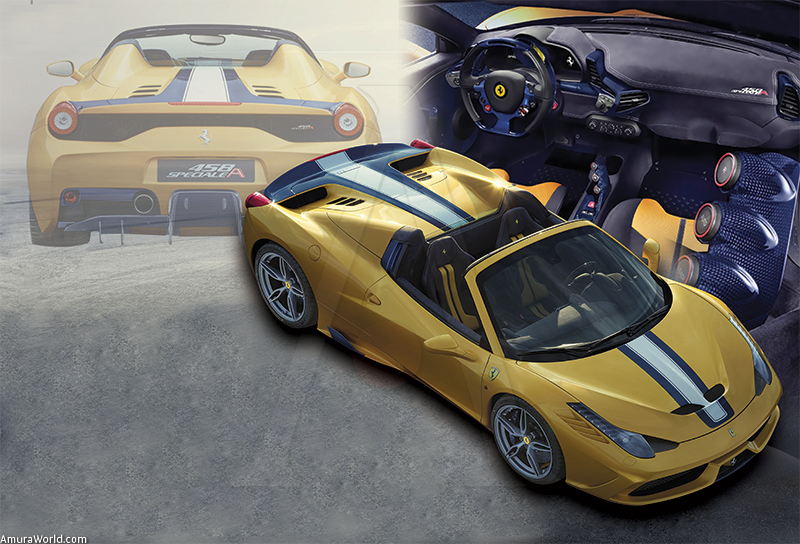 It is a spectacular super luxury race car that has impressed due to its aesthetics and the color of its body, that combines a turquoise hue with chromed details in black and three lines that represent the Italian flag, these lines follow along the front part.

This special edition that is made to order has a propulsion engine of great power of 7.3 liters in atmospheric V12, that allows it to attain a power of 760 hp.

The bodywork of the Zonda 760RSJX, one of the main highlights it has, exhibits large sections of carbon fiber, as is the case of the hood, of its new aileron of great size and of the rear air diffuser.

On the inside the turquoise color is also kept for the dashboard, the seats feature special leather, as do the steering wheel and the cover of the gear stick. 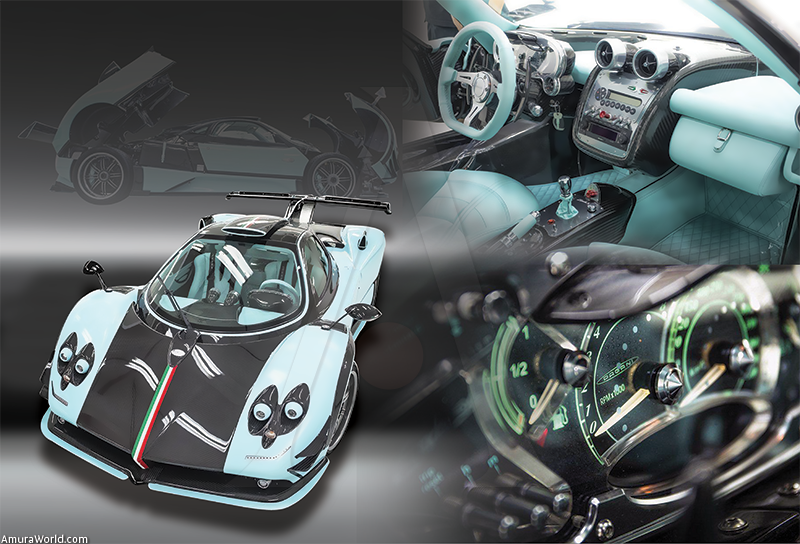 It is a model belonging to the Les Légendes series that the Italian assembly created over the platform of the Grand Sport Vitesse in honor to several autos that have marked a period in the history of Bugatti. In this sense, the Black Bess, revives the legend of the Type 18 Black Bess, precursor to the Veyron.

This fifth special manufacturing series is composed of an engine of eight liters, with a 16 cylinder block; its 1,200 hp, translate into great potency thanks to a traction system that allows it to reach a speed of 406 km/h and an acceleration of 0 to 100 km/h in 2.5 seconds.

The Black Bess stands out for its black and golden colors, with a body done in carbon fiber where some details are covered with 24 karat gold, like the front grille and the “EB” acronym behind. 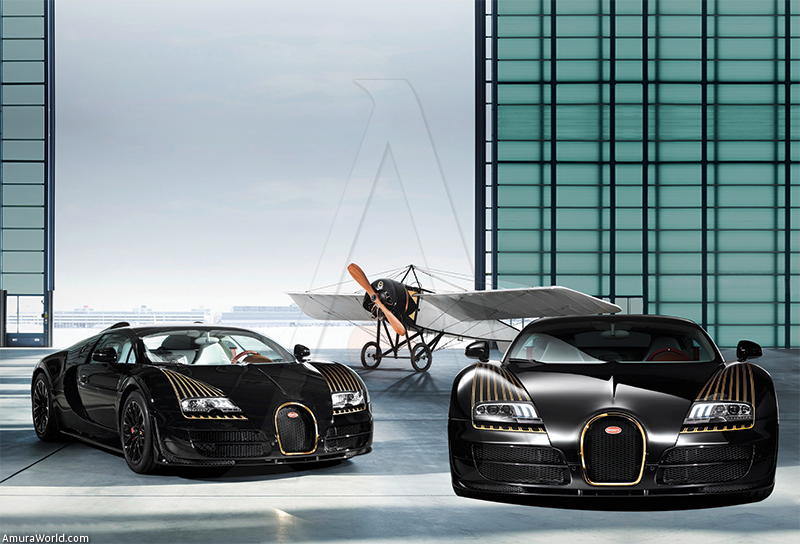 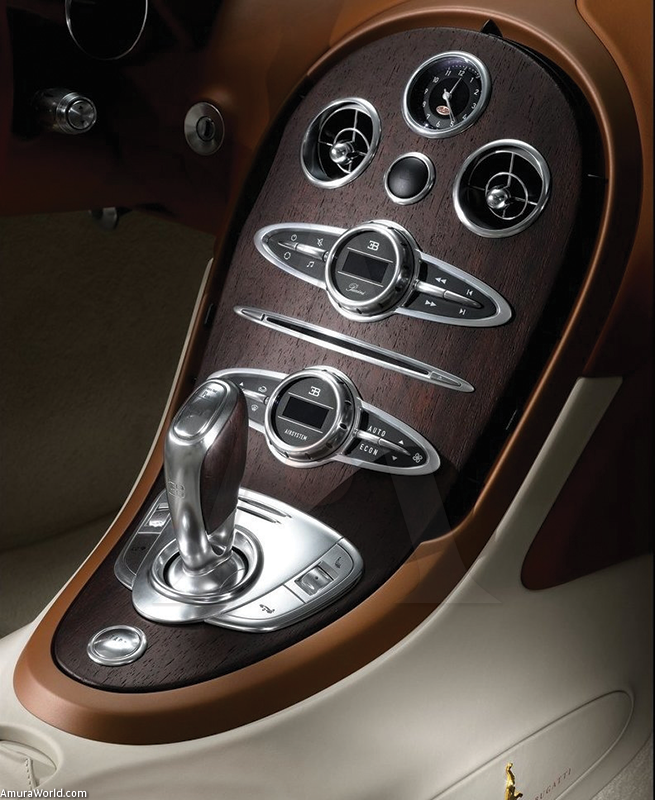 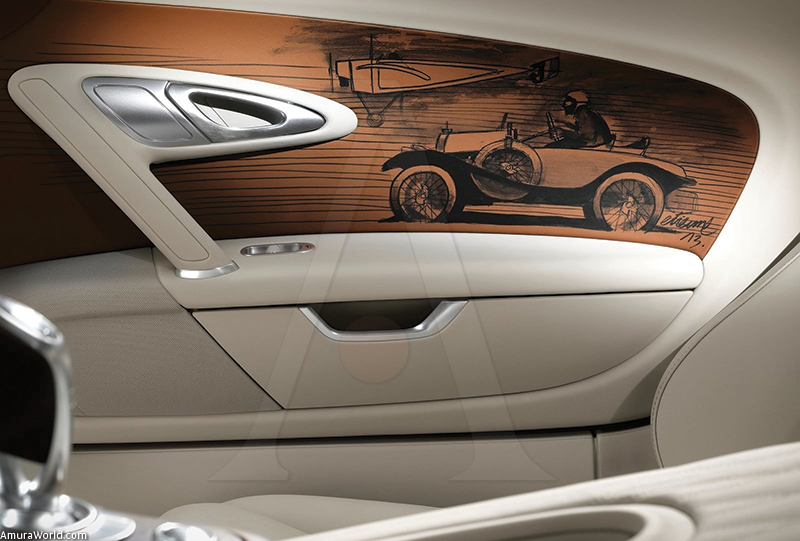