Forged by a Giant Impact

With MOONMACHINE, Finnish watchmaker Stepan Sarpaneva has taken a specially configured HM3 Frog and transformed it with his iconic moon-face moon-phase indicator set in a scintillating firmament of northern stars.

Before launching his own brand Sarpaneva Watches in 2003, Stepan Sarpaneva worked with some of the most prestigious Swiss brands including Piaget, Parmigiani – where he worked alongside Kari Voutilainen – Vianney Halter and Christophe Claret. 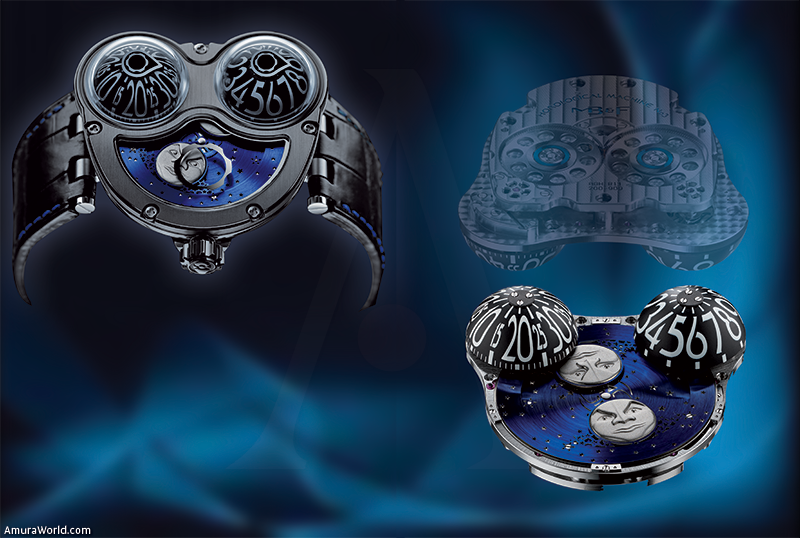 "Stepan has an incredible sense of design and a real sense of detail. His work and everything he surrounds himself with is extremely coherent." Maximilian Büsser

Stepan’s three signature themes are all celestial: his distinctive moon face; the northern stars and constellations; and the crenellated form of his Korona case –korona, the plasma atmosphere of the Sun– and all three have been incorporated in MOONMACHINE. Sarpaneva's two moon faces indicate the phase of the moon through a Korona shaped aperture, while the mystery winding rotor is actually a blued 22k gold disc with laser-pierced stars forming stars and constellations visible in the northern sky.