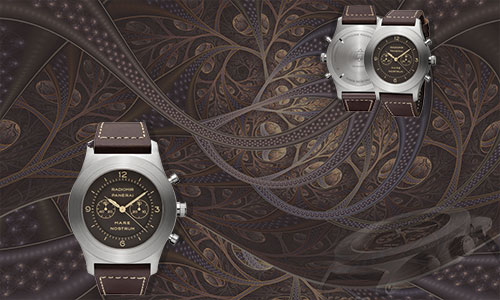 In 1943, the family Panerai named “Mare Nostrum” the deck officers’ chronograph of the Regia Marina, the Italian Royal Navy, in order to honor the Mediterranean Sea, Mare Nostrum, (Our Sea), scenario of the Italian Royal Navy fleets’ II World War victories. This new version is the closest reproduction to the original model; being its most outstanding difference the material used for the case, as stated in its name, it is made of titanium. In its 52 mm diameter one can appreciate the brushed titanium finishing around the box. 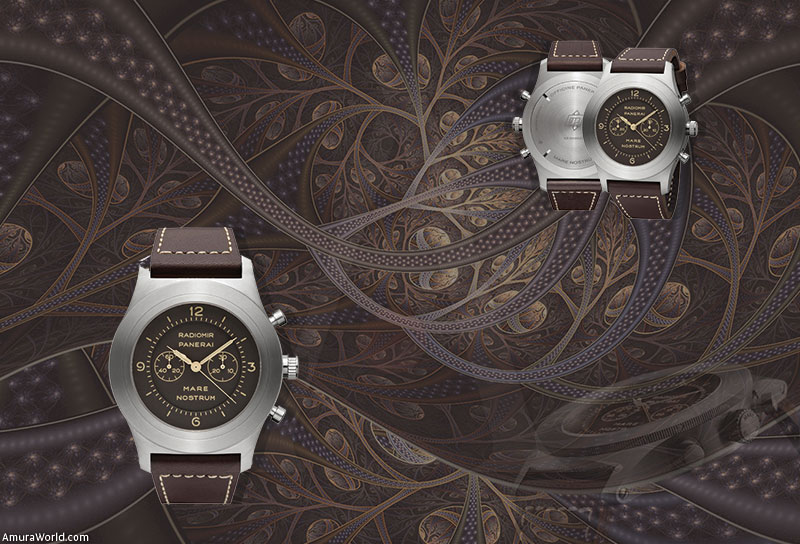 It has a hand-wound mechanical movement, OP XXV caliber based on the Minerva 13-22; 12¾ lignes diameter; 18,000 alternations/hour balance wheel like the Angelus movement of the original model; all handcrafted, in first rate technical details such as a column wheel and a swan’s neck regulator; its bridges are made of Maillechort, a nickel and silver alloy specially difficult to work out, which include an elegant Côtes de Genève finishing. Mare Nostrum Titanio 52mm is water-resistant to 3 bars (a depth of about 30 meters). Its edition is limited to 150 pieces.