It is very pleasent to meet once again this new year with my good friends, the Amura readers who I hope for the best in all their wishes.

And since we are speaking about fullfilling our wishes, we would like to enter this year with one of the most valuable wonders of time created by the prestigious Hublot firm.  I am talking about the King Power Juventus realized with carbon fiber, ultra light and super resitant.

Let us remember that with the motive of the tour through China and the Naples in the final of the Italian supercup in the stadium of Pekin, Juventus of Turin announced  they had chosen Hublot ad the Official Chronometer and Official Watch to accompany them from the beginning of the next season. Due to this, the brand delights us with a watch that bears the colors of the club, this edition is much expected by the fans of this glorious winning book team.

We are talking about a King Power of carbon fiber that have been chosen by the club managers. A limited series of 200 numbered watches, potent, with a case of 48 mm of diameter, but ultra light and super resitent  to damage thanks to its components fabricated entierly inside Hublot. This watch is equipped with a chronograph movement  HUB4245, with the pecularity of presenting a two needle chronograph in the center. 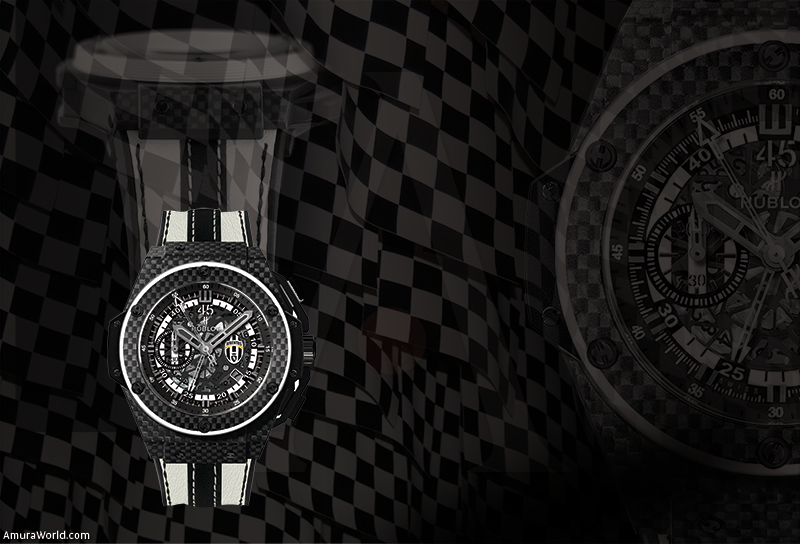 This way, the reading is better, more rapid and efficient.  This way, with only one look, you may be able to follow the first needle, which indicates the seconds and the second, was specially developed for the football world since it indicates the time passed of the 45 minutes before half time. With a predomination of black and white, evidently, the saphire sphere allows the skeleton’s movement to be more visible,l its components highlight its beautiful mechanichs.   I the supioror part we can see the remaining material necessary for its function. Such material is treated with black ruthenium to obtain a beautiful homogenous asthetic and a more clear reading.

The reading of the minutes, a counter of time situated at the 9hrs, a small window with the date at the 4 hrs and an exclusive juventus emblem positioned at 3hrs create a conjunction always playing with black and white. As a last reference to the legendary club and adding a small and beautiful final touch, the white leather strap is stiched on black rubber which incorporates a black leather band in te center always inspired in the manual of visual identity of the team.

It is important to say, that in Italy the Juventus of Turin is a monumentby itself. Founded in 1897, the club is the 3º most ancient of the country. It is also the most supported, The Juve is, historically, the team with more titles in Italy and it is one of the most award winning and recognized through out the world.

Thanks to this assosiation, Hublot gains even more strength in its pressence in the high class football world.Being the first luxury brand in investing in the football world in 2006, Hublot works since then in a wide collaboration alongside FIFA as Official Chronometer and Official Watch of the Football World Cup of FIFA™, With UEFA as Official Watch for the Eurocup and the prestigous of Manchester United in England, the Bayern of Munich in Germany and the Ajax of Amsterdam, Holland, only to name a few.

We are speaking of champions, worthy of being weared by a champion like you. 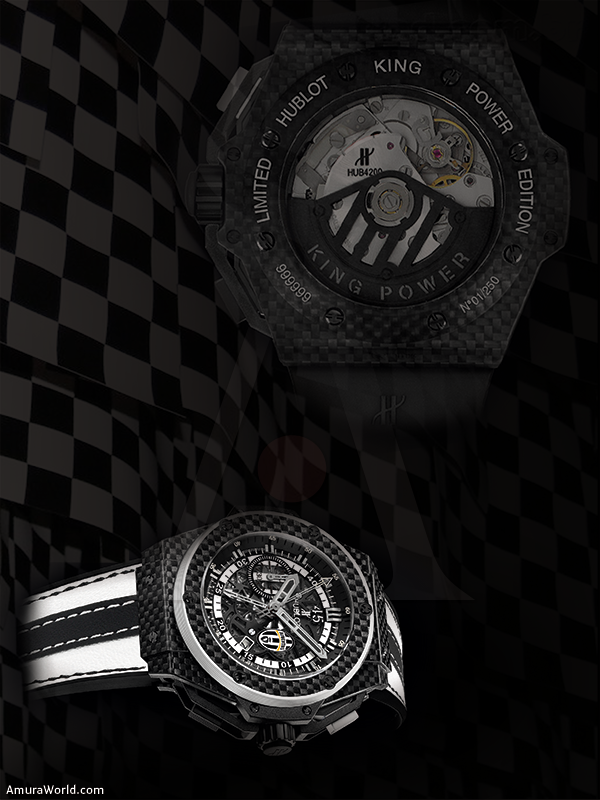