The Art of Cartier

At the Museum Thyssen-Bornemisza Madrid

La Maison Cartier established in 1847, gathered momentum and recognition at its highest level when it began to produce unique pieces made exclusively for kings, princesses, artists and aristocrats worldwide.

Over 420 jewels from the Cartier Collection are exhibited from October 24, 2012 to February 17, 2013 at the Museo Thyssen-Bornemisza. The exhibition includes the historical archives that the firm has been able to integrate and maintain. It shows unique items and outstanding loans that have been worn by celebrities like Elizabeth Taylor, Princess Grace of Monaco, Duchess of Windsor, Queen Victoria Eugenia of Spain, Queen Alexandra, Maria Felix, King George VI and Edward VII. This last, stated about Cartier “king of jewelers, jeweler of kings” and honored him with the first title of Supplier to the Royal House of England. The iconic client list includes the Duchess of Windsor, Daisy Fellowes, Mona Bismark, Millicen Rogers, Gloria Guinness and the Royal Houses of Spain, Portugal, Russia, Belgium, Greece, Italy and Monaco, among others. 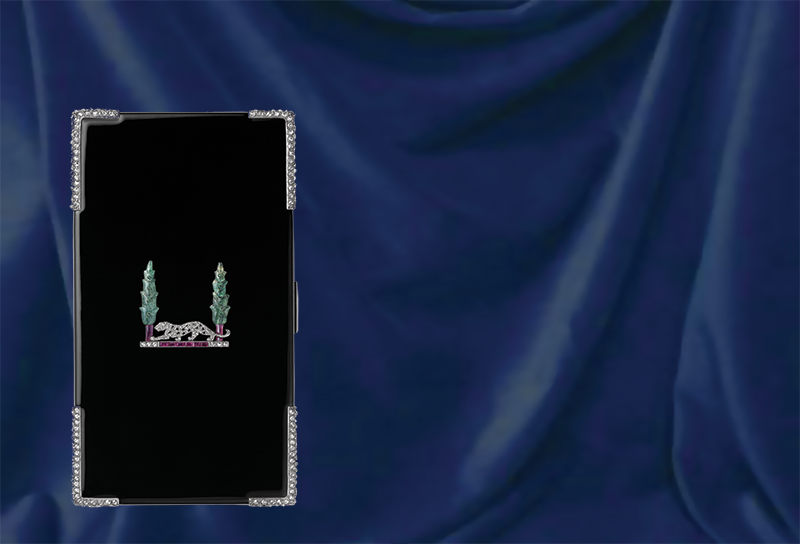 In this exhibition, both the Cartier Collection as well as the context created around it for this exhibition have the impeccable excellence of European sobriety. The history of Maison Cartier is as striking as its creations. Louis Francois Cartier opened his small shop in Paris in 1847, and 52 years later, Louis, the eldest of his grandchildren takes over. He moved the business to the heart of Parisian elegance; Rue de la Paix 13. At that time, the firm achieves great acceptance and is sought by the elites of Europe and America.  Cartier has explored and developed in its history, the Art Deco and Modern Art styles; it has been nourished by multiple trends, cultures and creative concerns.

The design of this exhibition provides an inspiring dimension consisting of photographs, drawings, sketches and watercolors projected on the walls of the rooms, they are all related to the jewels in the exhibit, allowing  the audience to discover how, to whom and why many pieces were created. These elements permit the visitor to capture the full sense of the exhibition.

From the exhibit’s catalog, we took and transcribed texts from the Artistic Director of the Museo Thyssen-Bornemisza, Guillermo Solana, historian, art critic and professor of aesthetics at the Autonomous University of Madrid; from Cartier’s Director of Photography and Inheritance, Pierre Rainero, who is considered the “Guardian Angel of Cartier” and from Jorge Varela, Cartier’s Designer and Commissioner of the exhibition: 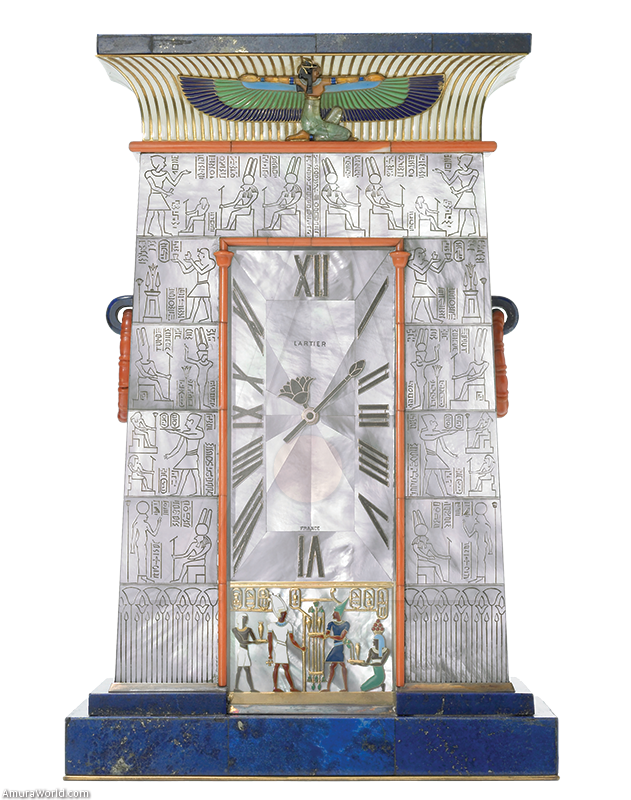 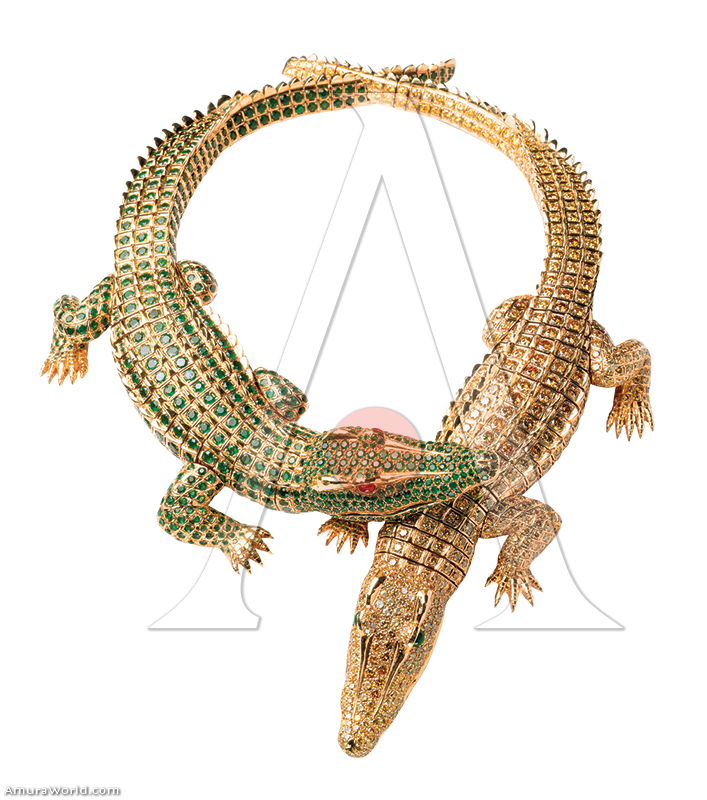 Cartier and the Sources of Style

“In 1997, to celebrate the 150th anniversary of Cartier, this collection of jewelry and objects of art was exhibited at the Metropolitan Museum in New York and at the British Museum in London. By presenting this exhibition, its curator, Judy Rudoe, also curator of the British Museum, formulated the purpose of a dialogue between Cartier’s creations and the treasures of ancient Egypt, India, China and Japan in the collections of those museums. The Thyssen-Bornemisza Museum, devoted to Western art and sculpture since Renaissance, lacks archaeological or decorative arts. How to place here the meaning and value of the Cartier collection?

“The answer is simple. The Cartier Collection belongs, as the Thyssen itself, to the mastery of History of Art and both can be found in the grounds of a central concept of discipline, the concept of style. The Cartier Collection can illustrate different hypotheses about the nature and the sources of style in diverse contexts apart from those usually considered by a painting historian. “ 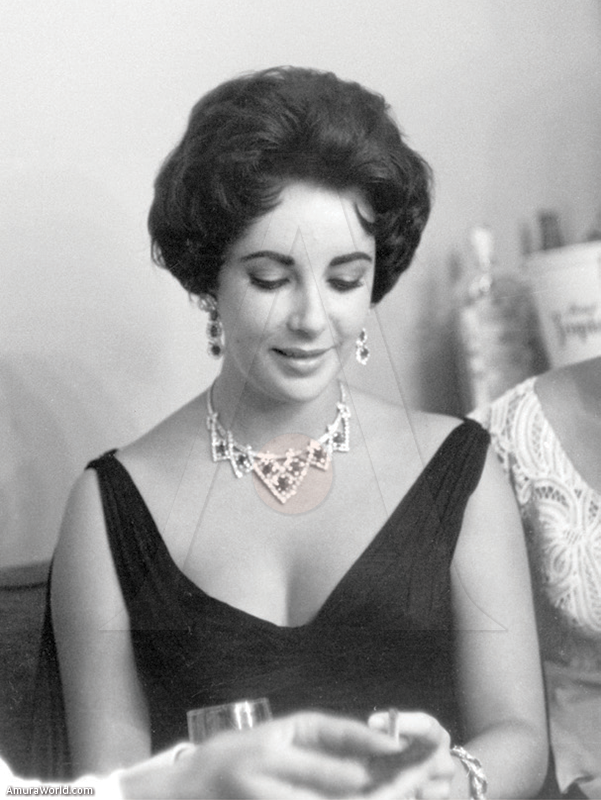 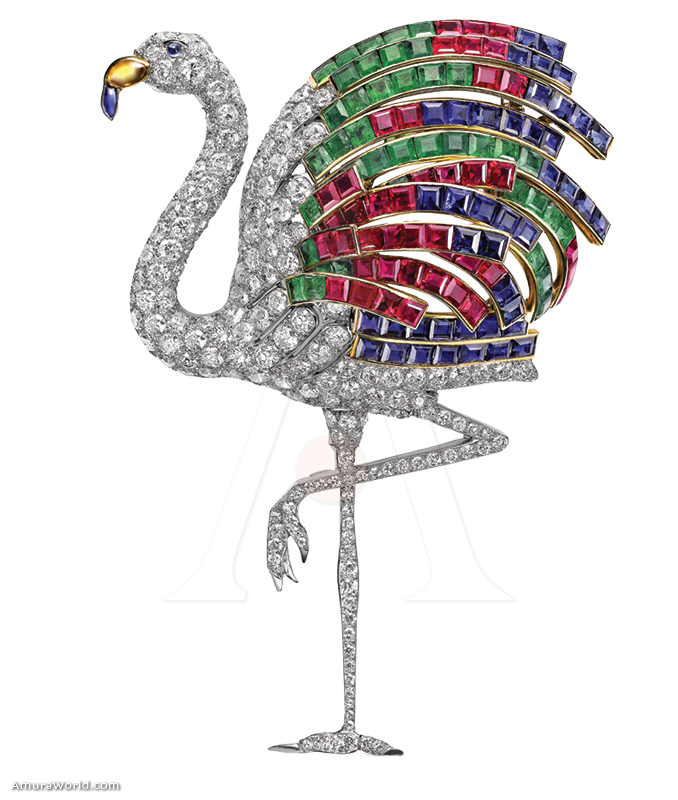 Cartier, a World in Motion

“At Cartier, the style is more about a way of perception, a wide awake look with an attitude, fearing coding more than anything else. As a modern language, Cartier style and enriches and articulates its artistic vocabulary around a grammar that could be defined by four points. It is primarily a vision of beauty, accurate and open at the same time, setting the limits of the creative process and guides its evolution. Another key concept is when the creator uses its own sense of harmony of proportion, of balance of lines and volumes. Fundamental also is color and its associations with an object of particular interest, often in bold games of contrast. Finally, invisible but pervasive, the technical virtuosity is, by excellence, entirely at the service of aesthetics which must constantly expand its boundaries”. 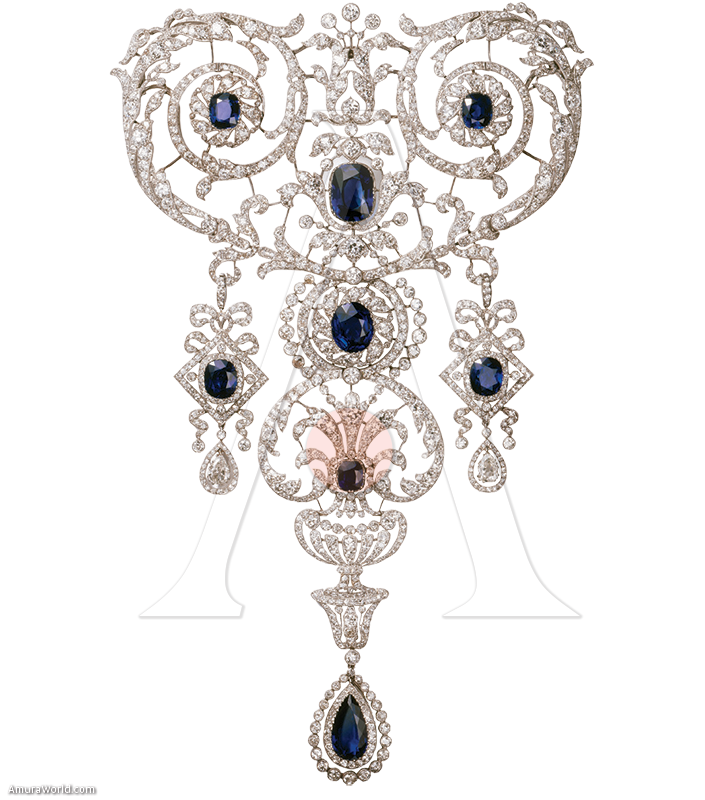 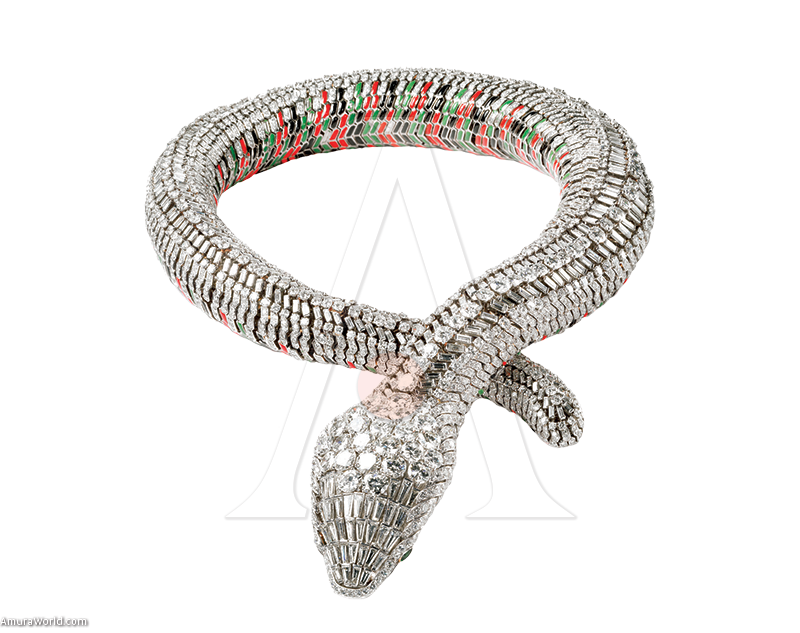 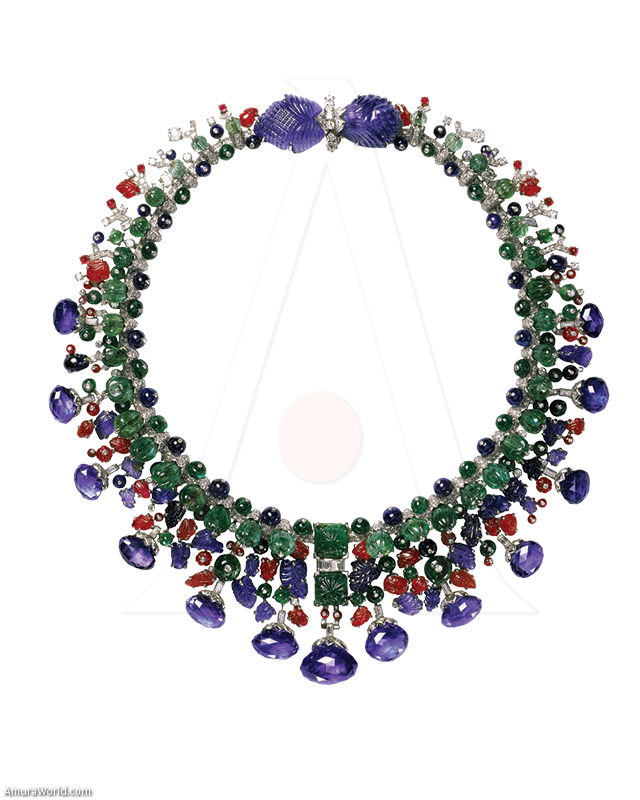 In search of a concept

“(...) What we admire in this show is not just the jewelry, watches and objects exhibited, instead, we discover a treasure. Humble and quiet, but no less important, is the Historical Archive that the House of Cartier has managed to exquisitely retain as a witness, from its very origins. This archive, made in large part by sketches, drawings and watercolors of extraordinary beauty, tells the story of the creation of pieces designed by the House, the why, how and for whom those pieces were designed. It is very unique information that helps understand the Cartier Collection to its fullest. “ 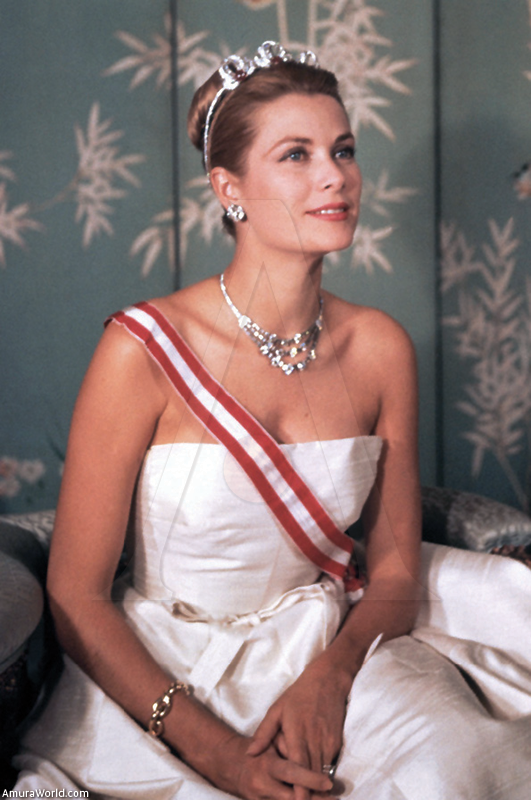 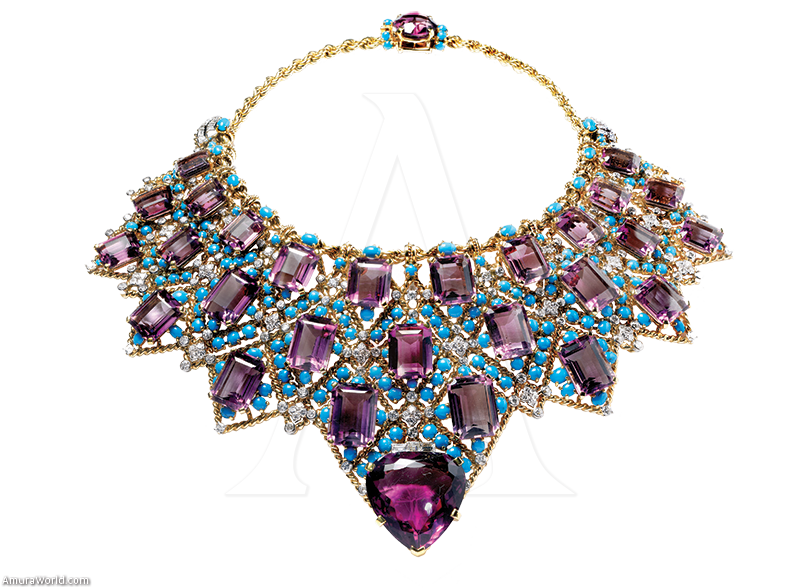