Zenith, The Primero Chronomaster 1969 tribute to The Rolling Stones 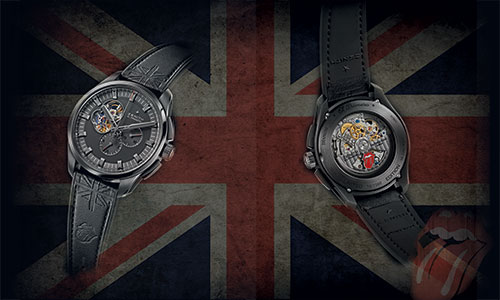 The direct heir of the model that revolutionized the watch industry 40 years ago is also homage to one of the most iconic rock bands of all time. The Primero Chronomaster 1969 Tribute to The Rolling Stones retakes its codes with a contemporary look, whose rocker DNA elevates their aesthetics to a harder, and even darker model, that is very masculine too.

With a remarkable sobriety and outstanding design in every aspect, the first thing that mesmerizes is it’s titanium case with DLC cladding, granted by two pointelle handles and owner of an aesthetic inspired in another emblematic model of the line: The Primero Lightweight. The movement that follows is El Primero 4061 of automatic winding with a chronometer certification emitted by SCOC (Swiss Chronometer Oficial Control), a true novelty for all Open models. The sphere concept (open at 11 hours) allows the contemplation of the interior organs of the watch.

This timepiece inspired by the Rolling Stones is also avant-garde due to the use of materials; such as silicon on the anchorage and the escape rout. This component is much more resistant and lighter than steel, reason why it has more endurance toward attrition and it consumes less energy thanks to its low erosion coefficient. It’s also non-magnetic and it eliminates problems caused by lack of lubrication. 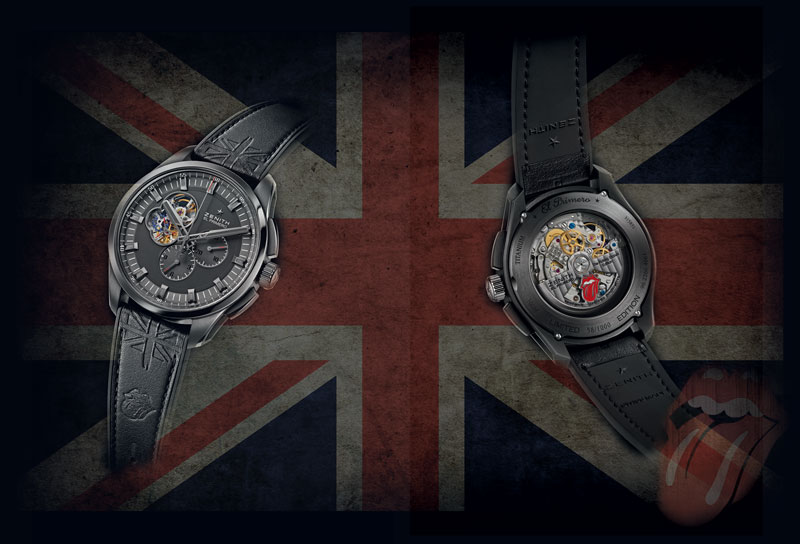 The hands of the watch take the shape of the Fender Telecaster mast, used and turned into a legend by Keith Richards, one of the pillars of the group. On the other hand, the blue finish of the minute indicator and the two 30 minute counters (located at 3 hours), as well as 12 hours (located at 6 hours) is hollowed in a round shape that resembles a vinyl record; it confers to a conjunction of great coherence. The El Primero Rolling Stones models exhibits it’s chronograph nature plainly, in its enhancement you can see 300 divisions corresponding to the fifths of second.

Moreover, the central second counterweight is provided with a star-shaped unique red touch at its end, which facilitates the time reading. The same applies to the end of the counter hands and the second small trident located at 9 hr. The interior, also red, is a reference to the dominant color of the British band.

We could not miss another emblematic element of the line: a thin bezel that creates a generous overture to the sphere, while the box style crystal is slightly bubbled; this feature gifts the sphere with a lateral light that facilitates optimum legibility. The famous red tongue and the inscription “The Rolling Stones Edition” can be appreciated in the oscillating mass through the transparent crystal bottom of the box. 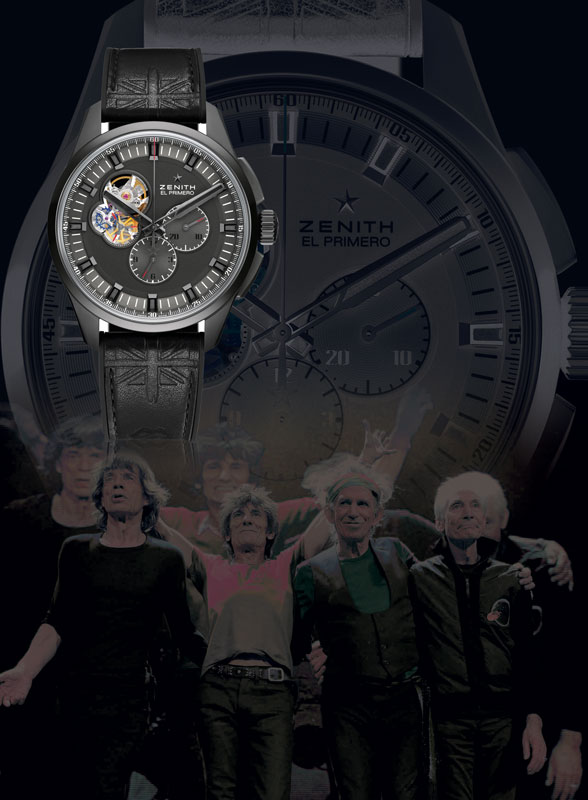 The strap, personalized with the emblematic colors of the British band and country, is granted with a triple deployant buckle reveted with rubber and an insertion of Barenia black leather. The Rolling Stones logo and the British flag are displayed in a hot melt, tone over tone on the leather strap.

Limited to only 1,000 units, the special edition of El Primero Chronomaster 1969 Tribute to The Rolling Stones features a case that has a protective cover with the manuscripts logos of the Rolling Stones and Zenith -hand-printed- and a covered box skin that looks on its cover the symbol of the red tongue, an iconic reference of this legendary band and the rock ‘n roll.