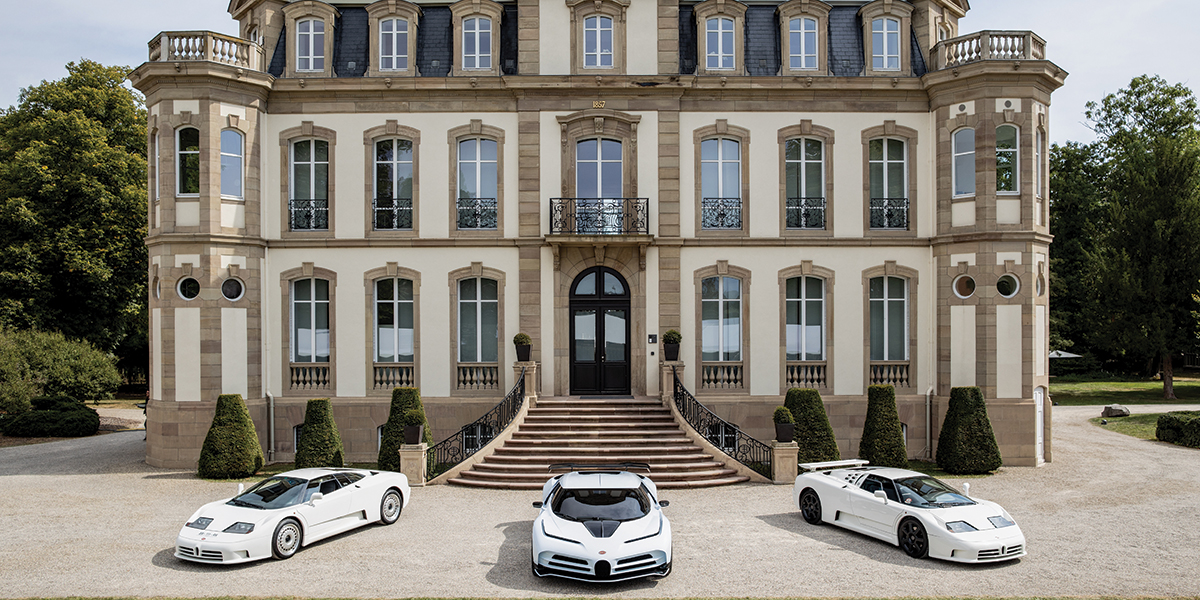 Bugatti has been synonymous with perfectionism throughout its history. Its founder of Italian roots, Ettore Bugatti, said a phrase that defines his way of thinking: “Nothing is enough expen-sive, nothing is enough beautiful.” In the same way, the Bugatti have been and are the most expensive and most beautiful cars in the world.

Molsheim is located in the heart of Alsace, France, and in 1909 it was the cradle to establish the Bugatti brand. Ettore and his son Jean always had a direct relationship with their clients and usually received them at Châteu St. Jean to set up their cars one by one. Today, Bugatti customers can still go through its historic door and visit the castle, visit the atelier and then choose the unlimited options that one of these sublime French cars can have. 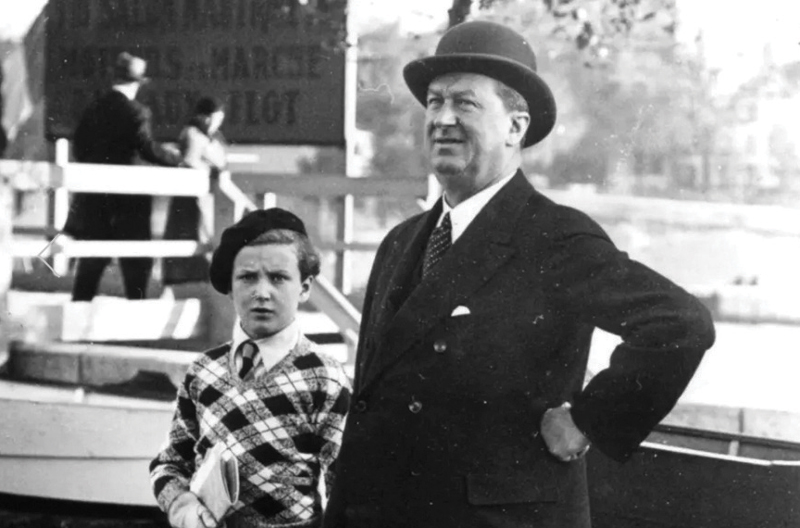 Next to the mythical castle where the Bugatti family lived, a modern macaron-shaped factory was built where it is built with superlative precision. All cars are assembled by hand in individual spaces with a specialized team in each area and make only one car at a time to be fully focused on the car in question.

He grew up in a culturally stimulating environment and surrounded by artists. Since youngster he began to make small sculptures of animals. Today his sculptures can be worth millions of dollars. Ettore’s brother.

Businessman, designer, technician ... Genius. He not only designed the most beautiful and technologically advanced cars of his time also trains, scientific instruments, a pasta machine... 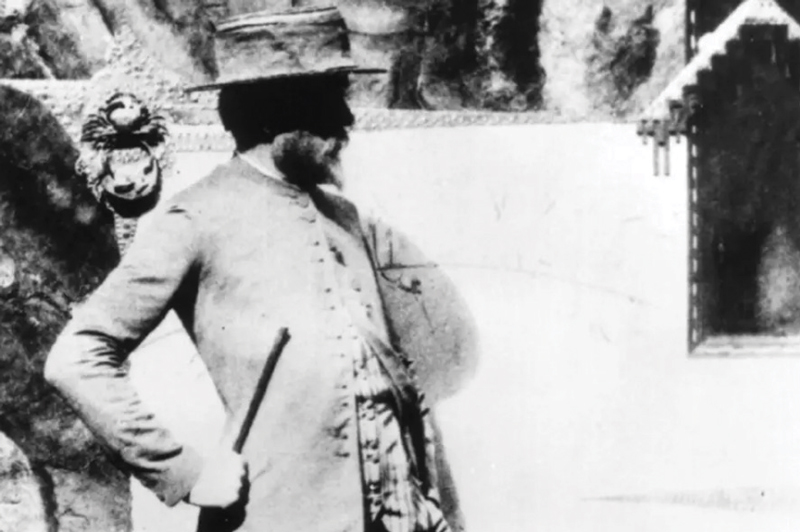 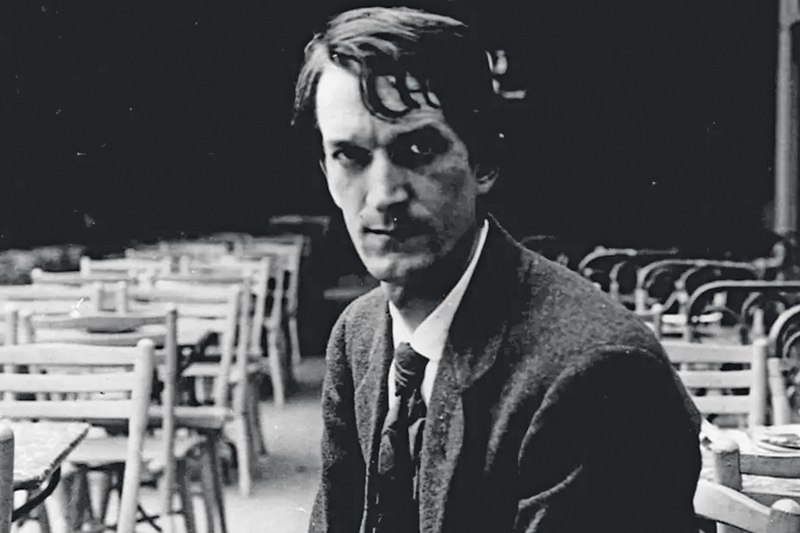 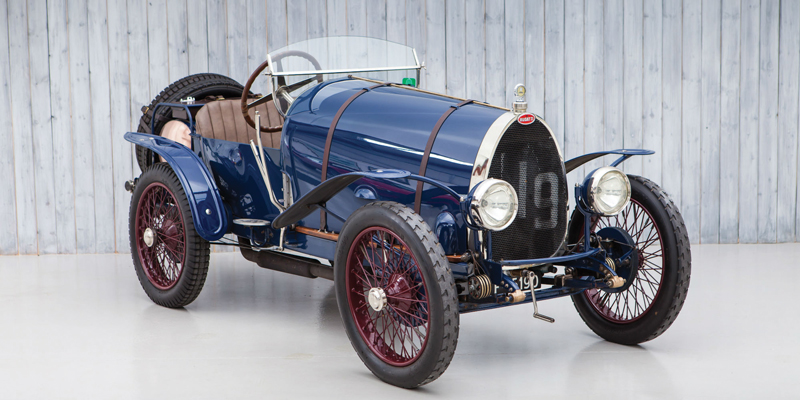 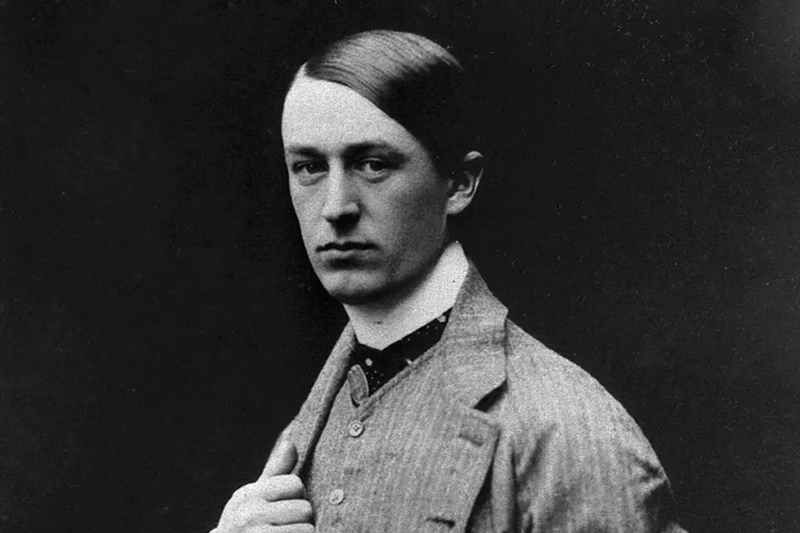 He took the place of his father as director of design for the brand and the racing team. Incredibly focused on innovations and revolutionary designs. His early death, testing a racecar, sealed the first stage of the Bugatti brand since his father was too old to continue.

The history of Bugatti can be divided in two essential parts: when it was in control of the Bugatti family from 1910 to 1956 and its revival from 1987 to today. In the first stage, a total of 7 thousands 900 cars were produced, making Bugatti one of the rarest (therefor expensive) brands and most coveted by collectors.

Developed just before the First World War. This line lasted 5 years and was highly successful. After winning the first 4 places of the important Brescia race, he acquired the same nickname.

The design of this car caused a shock and was nicknamed “Tank” by its shape. He entered the Grand Prix and although he had a great engine, he was in 3rd. place because his short chassis made it difficult to maneuver and instead of creating negative force, his aerodynamics generated a bit of lift.

The famous shape of the grill that is used today, was immortalized in this car. Several innovations were introduced in the T35 and for that reason, he won more than 500 victories in different races in the second year of production. The total life of this line was little more than 10 years and they won over 2,000 races that made it the most successful car of all time.

Only six cars were made in total. Each completely different from each other in terms of exterior design. Being the most expensive car at that time, the Bugatti family only sold three cars and the rest were left for personal use and demonstrate the capabilities of the brand with its 12.7 l. engine and 300 hp.

Of the most beautiful cars in all history. A total of 600 units were produced between 1934 and 1939. Personalization was the cornerstone of this car since you could choose different engine configurations and Bugatti offered four different bodies. In addition to this, some distinguished customers preferred to ask the factory to deliver the car with their personal bodybuilder to make them unique parts. 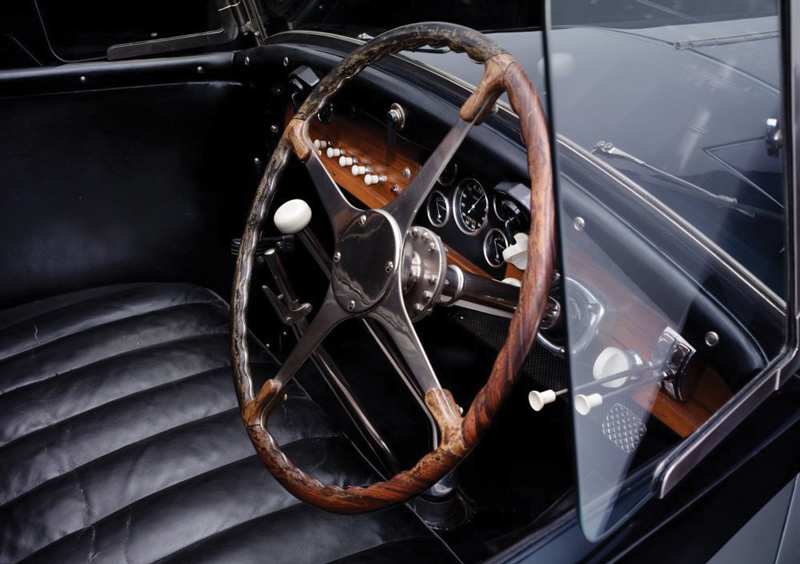 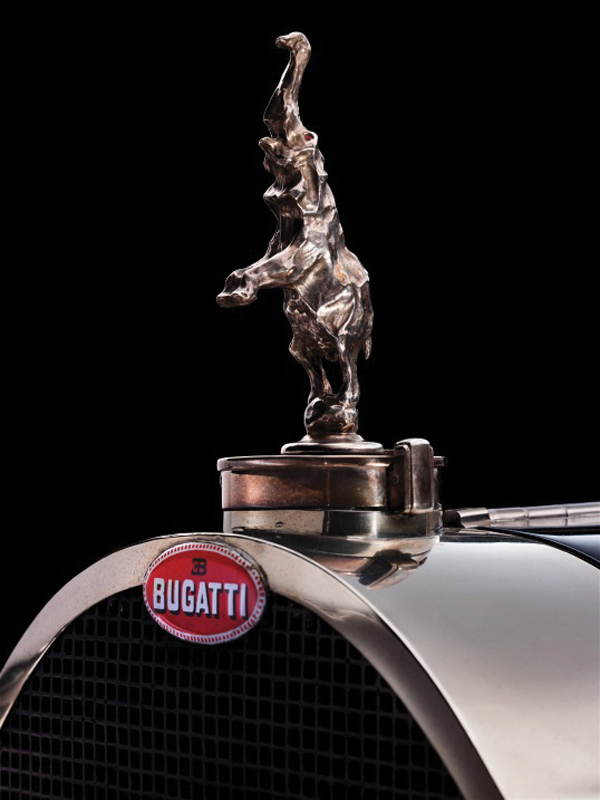 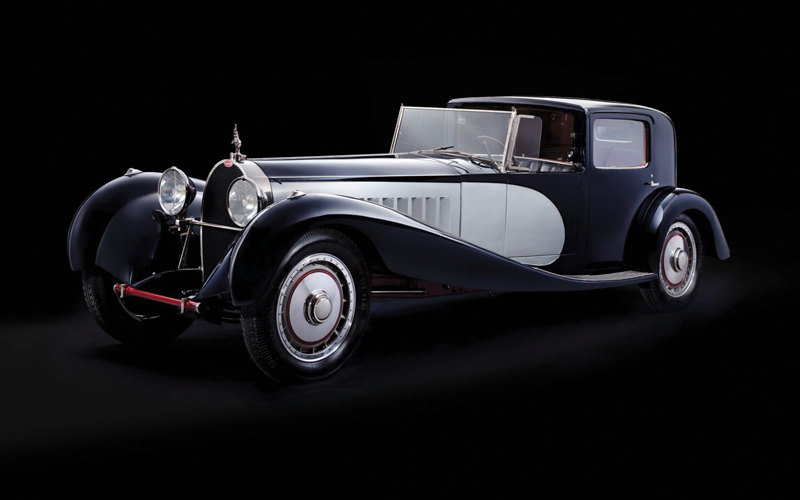 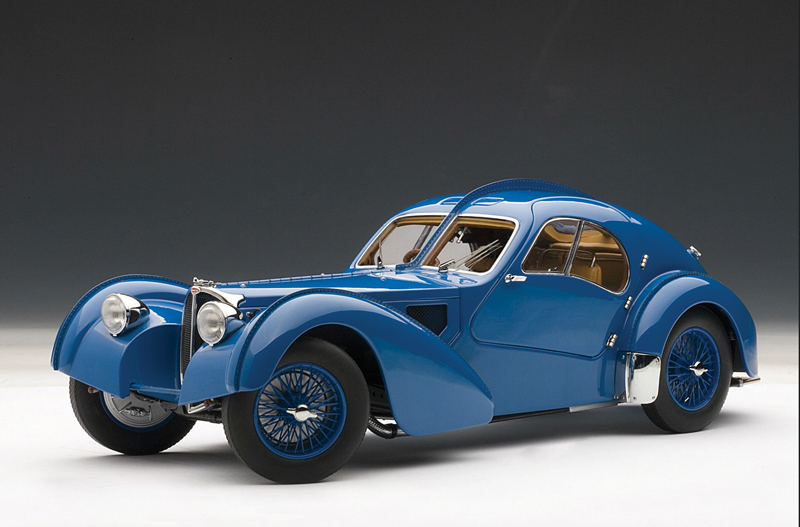 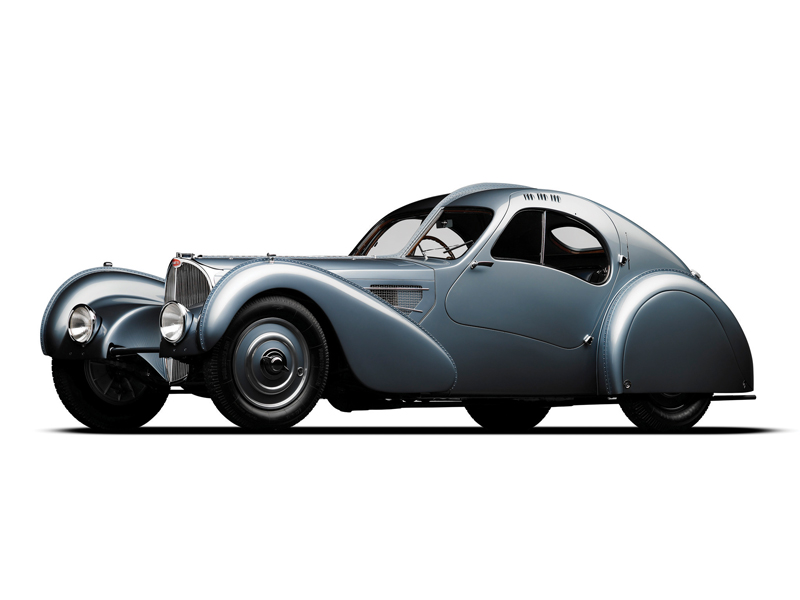 Bugatti was resting in the annals of history for decades until the Italian businessman Romano Artioli arrived and bought the rights to the brand. He decided to move production from France to Campogalliano, Italy. In 1991 he presented the EB110 and the name referred to the 110th anniversary of Ettore Bugatti’s birth. Only 140 units of this car were made that loaded a 12-cylinder engine, 4 turbochargers and 4-wheel steering.

Four years after the EB110 starts, Artioli closes the Bugatti curtains again and the brand goes back to sleep. This time, the rest period was shorter in 1998 VW buys the brand and presents something never seen before, 1001 hp and a top speed of 408 km/h.

Take the steering wheel of this car and you’ll notice that the speedometer marks a maximum speed of 500 km/h. Such is the power of this car that the circulation of 800 l. of water by minute is needed to keep its engine at an adequate temperature. At full speed, the 100 l. gas tank would be empty in 8 minutes. Production that started in 2016 was limited to 500 units. 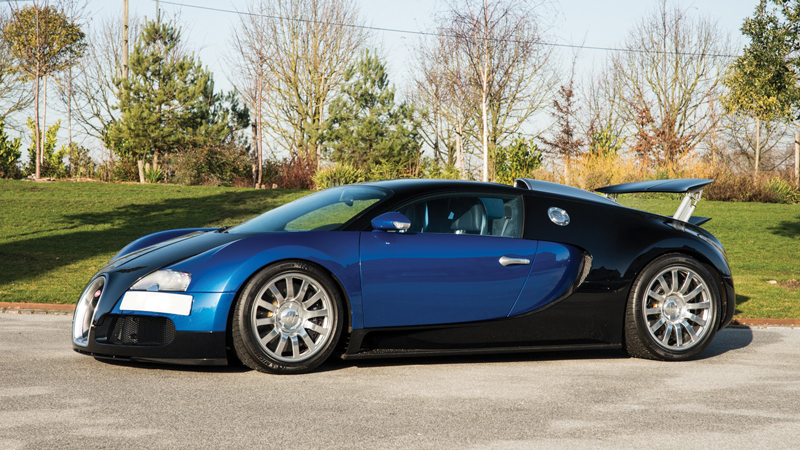 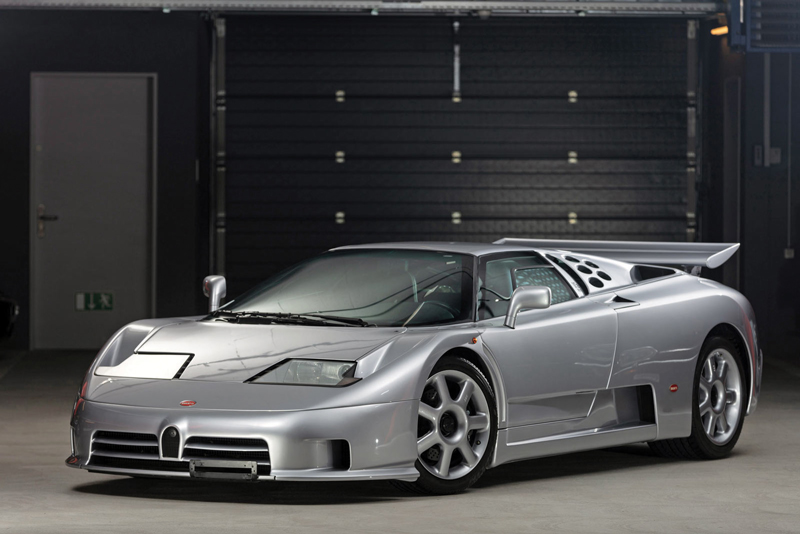 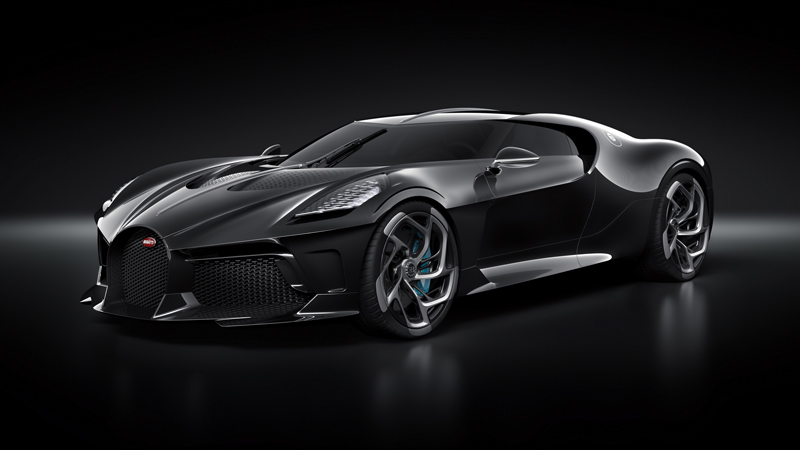