Afew years ago, car enthusiasts began to have one more alternative to their two-seater super sports car, the “Sport Utility Vehicles” or SUVs. These are four-door vehicles for 4 or 5 passen-gers, they are thought to be multifaceted since elegance and sportiness have to be maximized in any area in which they are handled: road, city, off-road or even track.

I will present you some options that today manufacturers offer us. Each of these SUVs has something particular and will depend on the objective of the pilot, which is the best option to meet their demands. Whether it’s behind the wheel, relaxing in the back seat, or having a choice of both.

Cullinan was one of the first manufacturers to make its way in this new segment of ultra-luxury SUVs. In 2015, they announced that in response to the demands of their visionary, adventurous customers, they would build a car without limitation so that they would not have to compromise any aspect of their lives while traveling.

Knowing that all of its customers would want to customize the Cullinan, Rolls-Royce offers two types of rear seat configurations. A bench that seats 3 people or two individual seats separated by a fixed center console that incorporates a cellar with a refrigerator, glass glasses for whiskey and “champagne flutes”.

The Urus is the third member of the Lamborghini family along with the Hurricane and the Aventador. Stefano Domenicale, CEO of the Bologna-based brand, commented: “With a visionary approach, we were able to merge Lamborghini’s DNA with the most versatile vehicle to create this super SUV.”

Hinting at the Lamborghini tradition of being linked to the bullfighting world, the Urus takes its name from a breed of bulls, also known as Aurochs, which is one of the largest and oldest castes known. The Spanish bull, bred for more than 500 years, is still very much like an Urus bull.

The pilot can choose between three driving modes: “STRADA,” “TERRA” (for off-road moments), ”NEVE” (if you intend to get to Nevado de Toluca) and “SABBIA” (if you enter the dunes of some beautiful coast of our country). In addition, this super SUV has a rear differential that has “active torque vectoring” and manages to instantly send power to each tire individually to improve traction depending on the selected driving mode, the driver’s driving style and the grip of the highway at that moment. 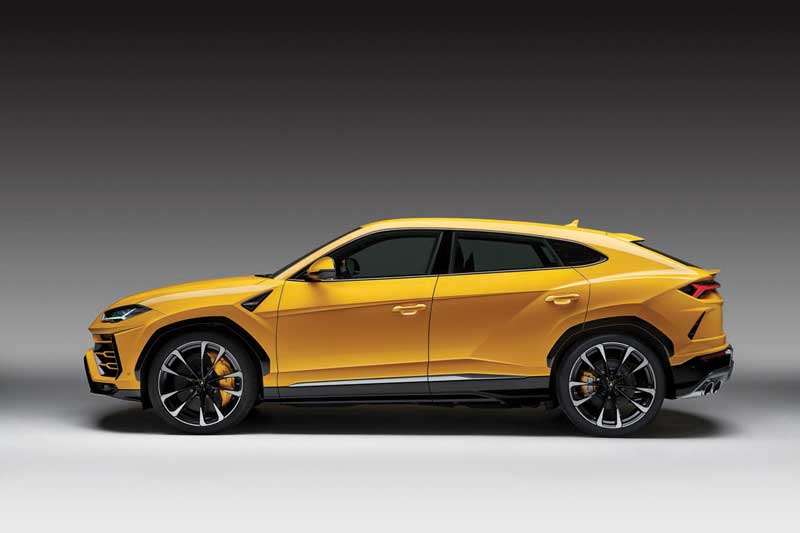 Urus by Lamborghini is a super sports car. 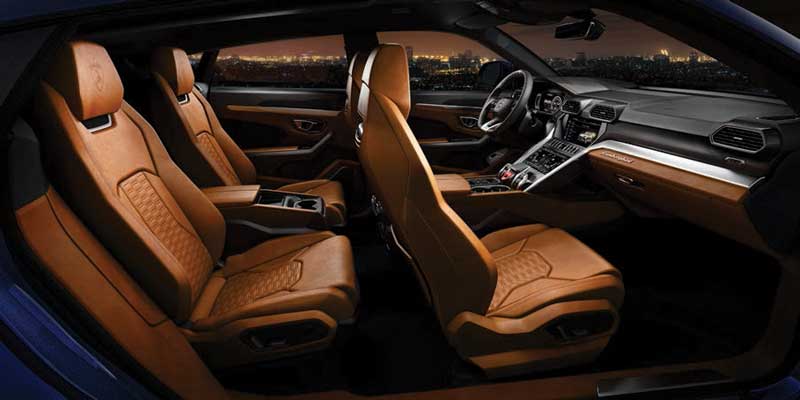 Urus by Lamborghini is a super sports car.

By introducing this SUV, a new chapter has opened in the history of this English brand after its 106 years. Not only did it steer the brand to new horizons, it was also the third and final phase of Aston Martin’s plan for this new century by shipping production to a plant in St. Athan in Wales entirely dedicated to DBX production.

“The DBX does not compromise beauty or performance for practicality and usability” says Marek Reichman, chief designer of the English brand. He adds: “We were able to achieve proportions that enabled a sports car design applied to the versatility of a 5-seat vehicle in a beautiful way.” 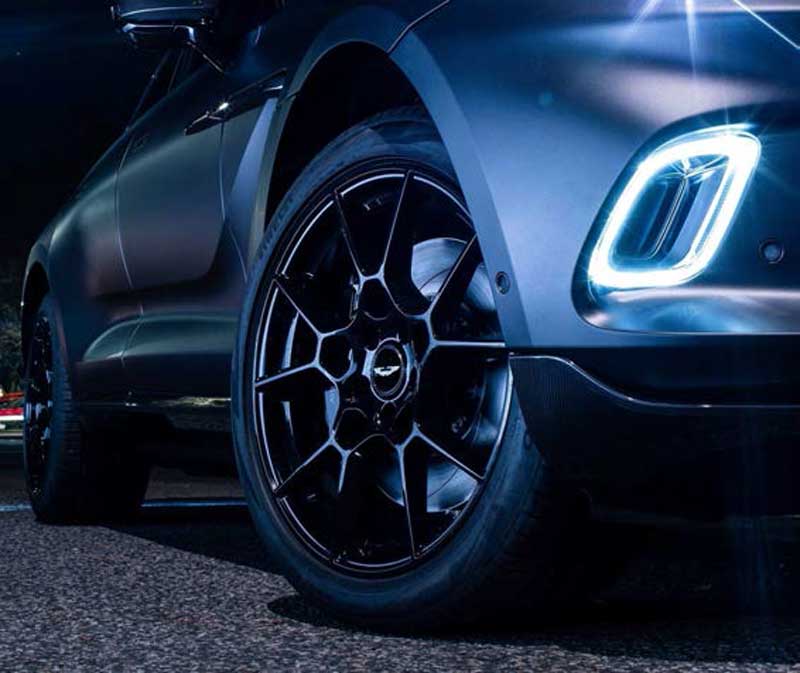 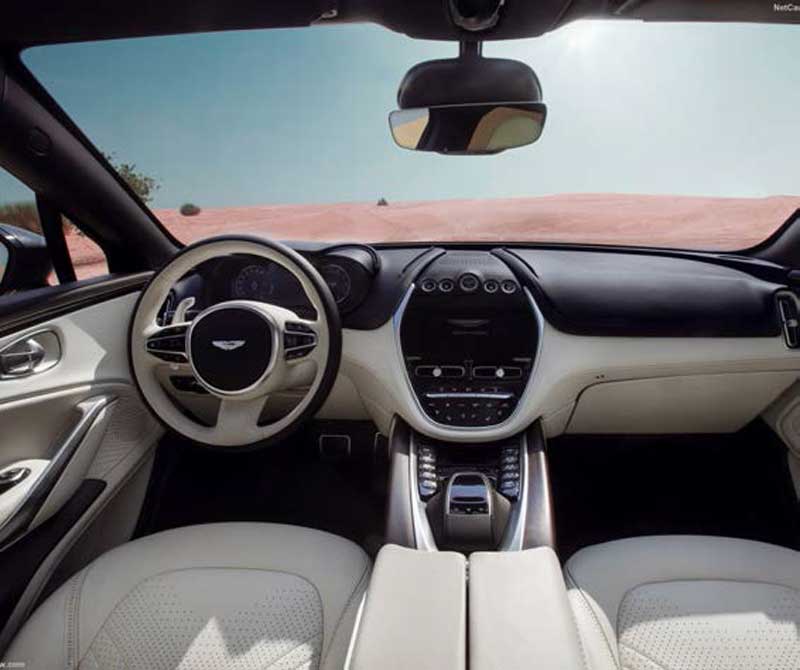 The historic brand of the trident has made one of the fastest engines in its history when it developed (together with Ferrari) the Trophy engine, the new and more powerful version of the Levante. The chassis was meticulously modified to withstand this extra thrust as the 3.8-liter twin turbo V8 engine is 590 hp.

This version is easy to distinguish as the front fascia and rear bumper have been redesigned and have carbon fiber accents. The aluminum “Orione” wheels are 22 inches and are the largest ever mounted on a Maserati. The Trophy is also the first lift to have Full Matrix LED headlights.

For this special model there is a new driving mode that the pilot can select, “CORSA”. This mode is activated by pressing the “sport / corsa” button on the center console. Immediately the engine music changes as there is better circulation as the exhaust ports open. The engine also becomes more anxious and there will be an immediate response to the slightest touch of the accelerator pedal. 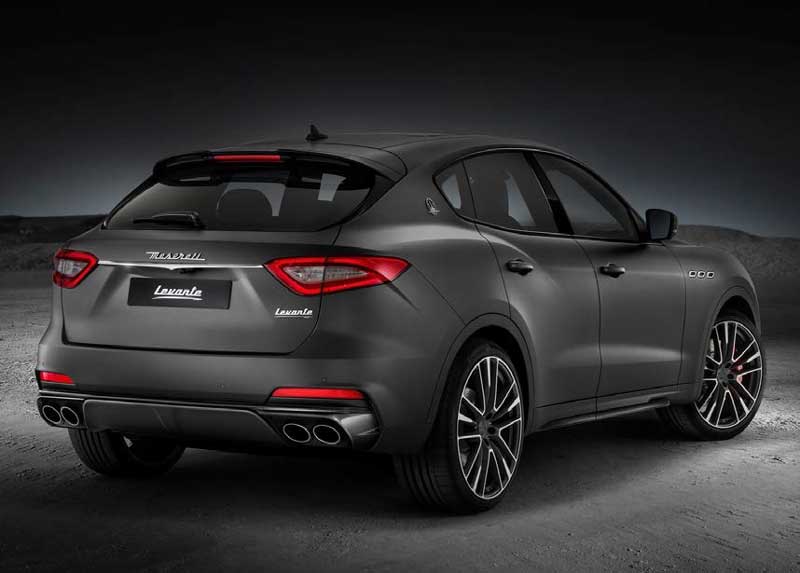 This SUV extends the Mercedes-Maybach portfolio by using the base of the GLS and incorporating the highest finishes and class found in a luxury sedan. With that in mind, the car has a powerful engine but above all with a suspension comfort and silence when driving like no other. The side steps are electronically activated and the vehicle lowers slightly to facilitate its occupants to exit.

Visually, the grill and 23-inch wheels stand out. It’s possible, as historically has been in the Maybachs, to choose a two-tone paint in 8 different combinations. Although the Mercedes star is on the front of the hood, the Maybach logo can be seen in different locations on this SUV.

Mercedes-Maybach offers a duality in the spirit of its rear cabin as it can be used as an office or as a relaxation area. If the 4-seat configuration is chosen instead of five, there will be folding tables in the center console to orchestrate any executive strategy. High-resolution touchscreens enhance the luxurious environment and the entire multimedia system can be controlled from the rear of the car. While to rest, the backrest can be tilted up to 43.5º and the footrest can be raised for deep relaxation on longer trips. 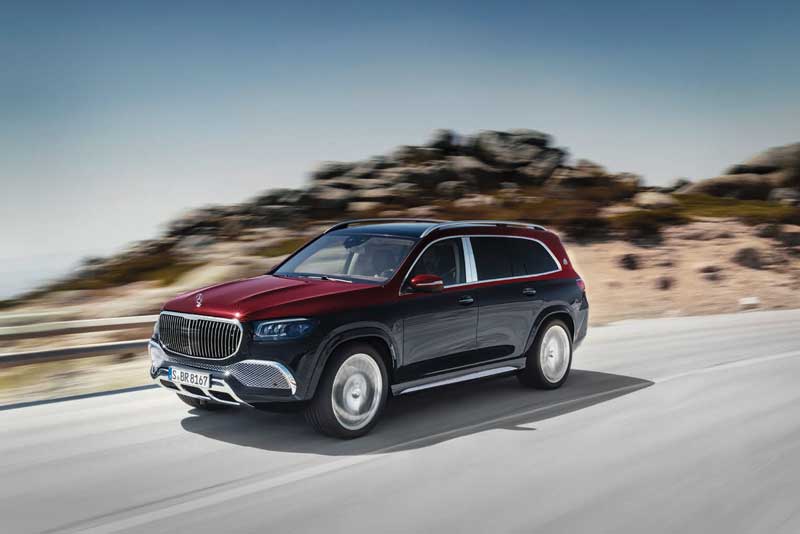 Bentley was one of the first ultra luxury brands to bet on the world of SUVs. “Speed” is the new version just announced that is chained to the tradition started in 2007 with the Continental GT. For the English brand, if it bears the name “Speed”, it means that this version is the improved version of its base model, which makes it very special.

Apart from being distinguished by its splendid speed of 306 km / h, it also has many unmistakable characteristics. For starters, badges from this version around the car. Inside, new Bentley iconic trim, added around door and handle; at the edge of the seat and at the headboard; and on the lower console. A new diamond-shaped tufted design and, last but not least, it is the first time that materials can be chosen in Alcantara on the Bentayga. 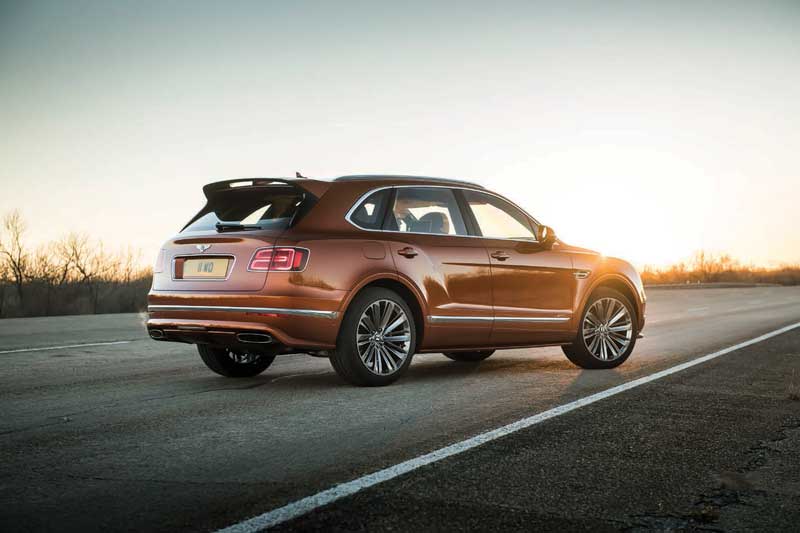