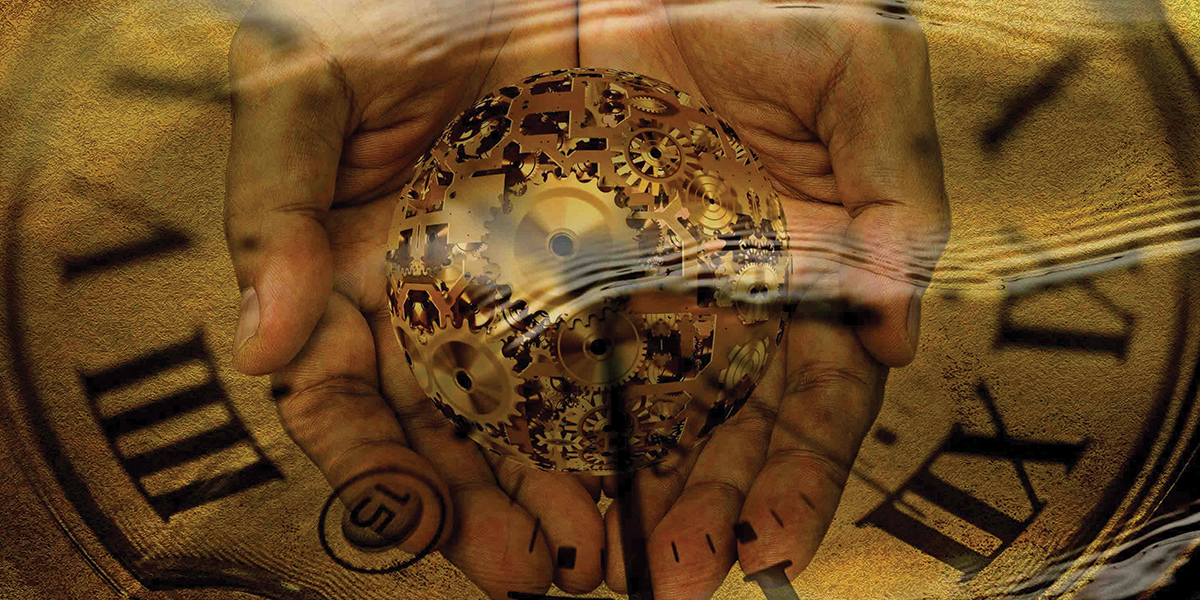 Time is the most valuable thing a man can spend.
(Theophrastus)

History is full of moments that mark ages where humanity’s way of living and thinking is trans-formed. Today, without doubt, we are going through one of those periods that change the course of history and even force us to think about a different future.

Besides that, it is very likely that in a few months everything will nearly go back to normal, that does not mean that every one of us will go back to being the same people we used to be. For those who give themselves the chance to make good use of this time pondering about a different and better future; the change is just about to begin.

Much and little is happening during quarantine time. While some gain weight, others see an opportunity to become slimmer; for some, a reading time gap opens up, while others enjoy the perfect moment to watch that movie or tv show they had always wanted to see.

Those who need to get out of home; may take an advantage of streets with less traffic and rediscover the city, which no longer seems so big or overwhelming. There are also those who use current technology as a tool to work from home and continue their usual daily activities, eliminating the necessity to go outside. 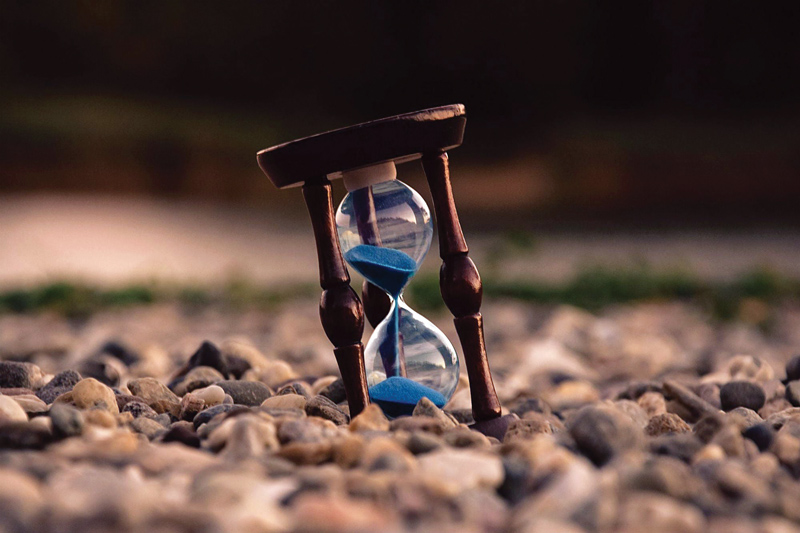 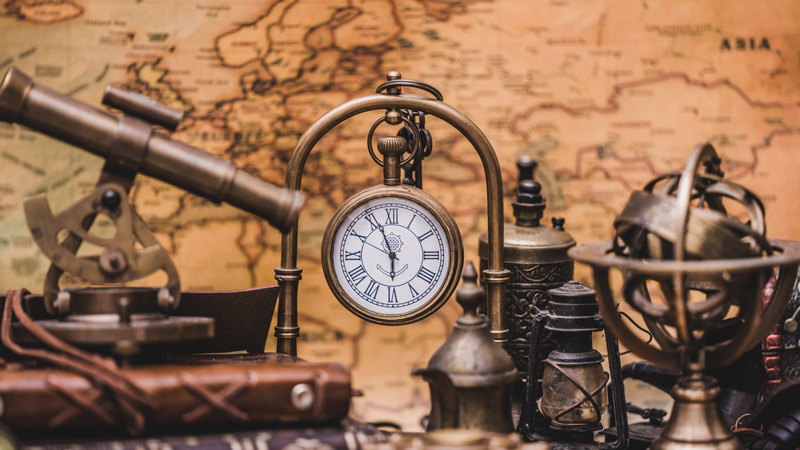 Just like that, many of us emerge from an established routine and enter a new one, while time keeps its pace in retrospective. Comparably to our sense of time during vacations or weddings: ¡Yes, it seems like it was just yesterday when we were concocting numerous plans! But time goes on its passage, undelayable. There will be those who achieve all their goals and even search for new ones; nevertheless, there will also be those who require more time towards the accomplishment of their goals.

Missing our elder ones and getting into the new routine; amongst work video conferences for parents and school ones for children, renegotiating the new distribution of spaces and chores within the house… Time has passed!

And yet, even though we think we have got time to spare, leaving its relativity as evidence, now –that it has slid between our fingers– is when we must meditate where we want and must invest each second in order to improve its performance.

And you learn that there are three moments in life that one cannot remedy: the opportunity that you let pass by the date that you did not assist the offense you have already pronounced.
(Jorge Luis Borges) 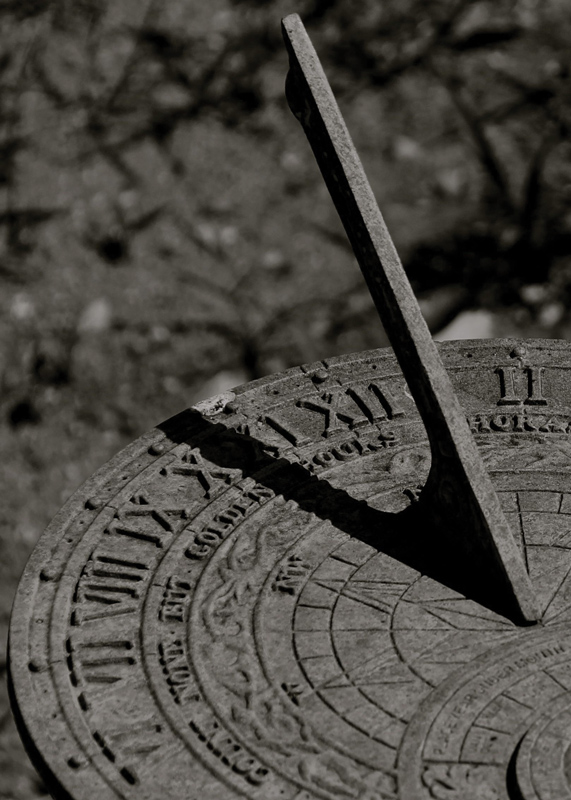 Sundials were used in Egypt, Babylon, Greece, and Rome. 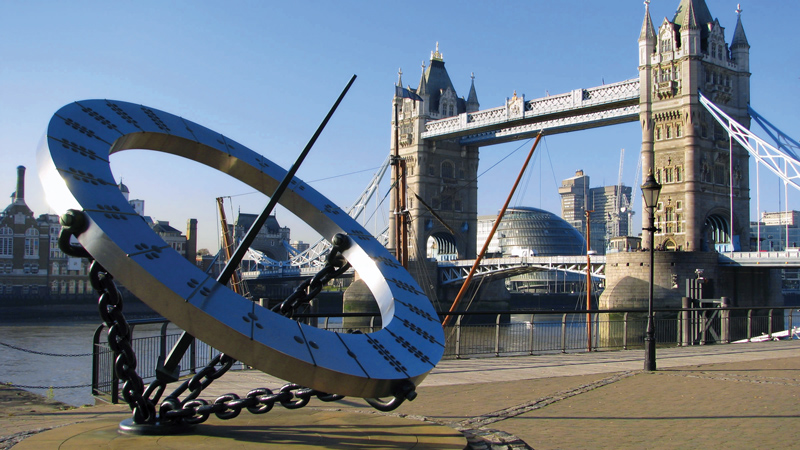 Sundials were used in Egypt, Babylon, Greece, and Rome.

The importance of being able to measure time

Due to the necessity to measure time was born the invention of the first clock which evidently left its mark and modified the history of mankind. It is well known that the concept of measuring time comes from ancient Egypt and was conceived this way: 1/12th of time that passes from sunrise to sunset (representing 12 hours of daylight and 12 hours of the night, which add up to 24 hours of a day).

Once the unit was established, it was possible to measure it according to the sun’s trajectory. Furthermore, it is logical to infer that the first-time measurement   instrument operated in that manner. Subsequently, the water and sand clock were invented as the first instruments capable of measuring time without depending on sunlight.

Years later, with the use of gear wheels, springs, pendulums and spirals, the first mechanical clocks were created –large and fixed objects that evolved into smaller pieces easier to carry around, thus passing from table clocks to pocket clocks and finally into wristwatches. Evidently its evolution did not end there and little by little digital and quartz watches were created, giving way to the smartwatch which continues to transform the way we live. 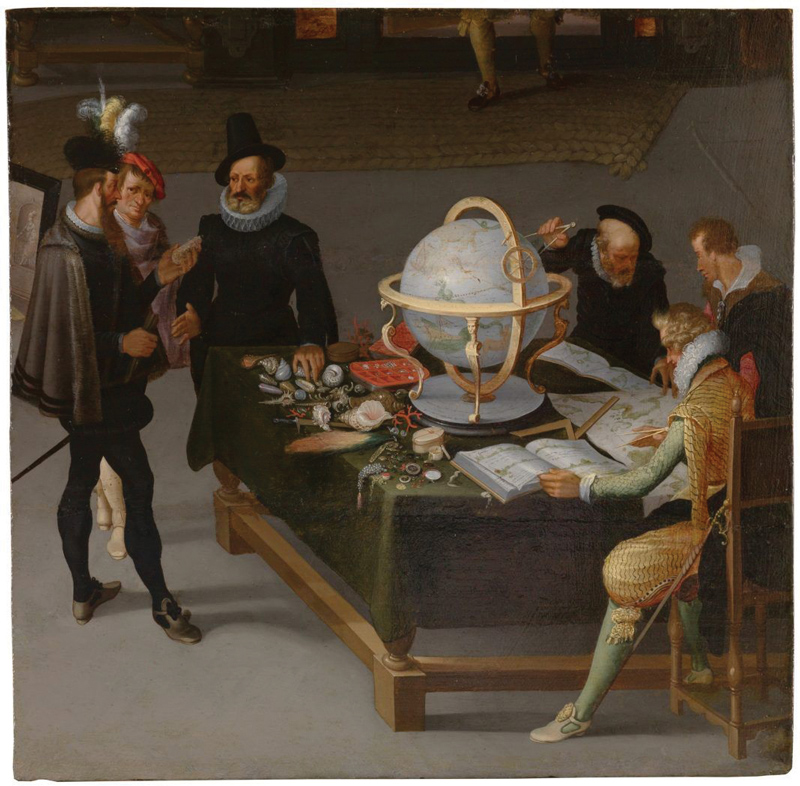 Clocks were coveted items for exclusive use.

Blossoming of the art of time measurement

But  let’s look at the history of an analogical and mechanical world that does not depend on either sunlight or electricity. At a time when art and mechanics flourished, where there was a romance between the past and the present whose future was not so unimaginable. Clocks were not a commonplace object, they were coveted objects

–not because of their brands, but because of their func-tion– reserved to royalty and militia, to navigators and scientists. When a ticking clock marked the passage of time and a few chimes gave us the exact hour.

The watches are constituted as authentic high engineering pieces of work autonomy and a beating heart that marks the passage of time. Articles of artisan production created by the hands of the few watchmakers who had the knowledge and the ability to create these valuable pieces that provided their owners, not only with the skills to be able to measure time, but also to enjoy prestige and recognition: A privilege reserved only for some.

Without a doubt, one of the most outstanding figures of the 18th century was the English inventor watchmaker John Arnold, who through his technological advances managed to create marine chronometers in a greater volume, in addition to establishing the term “Chronometer” as a characteristic of metric time precision. 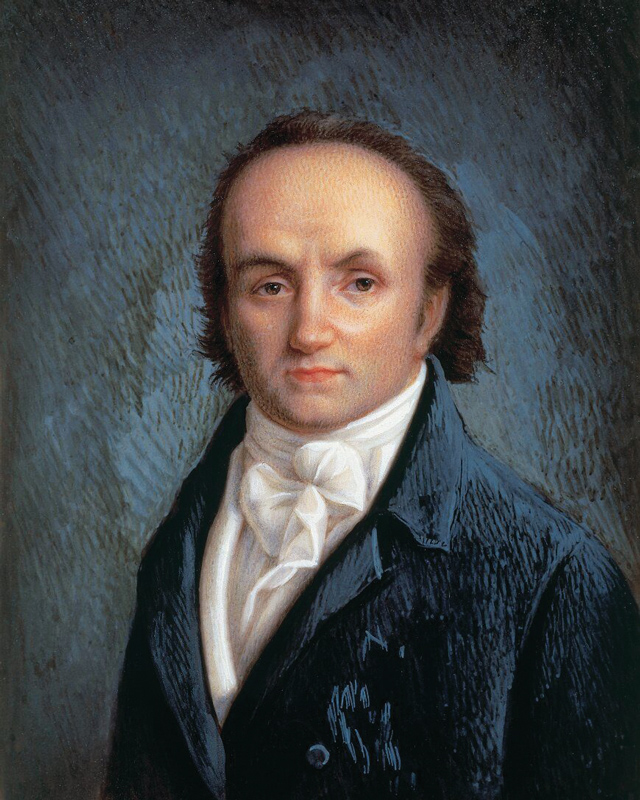 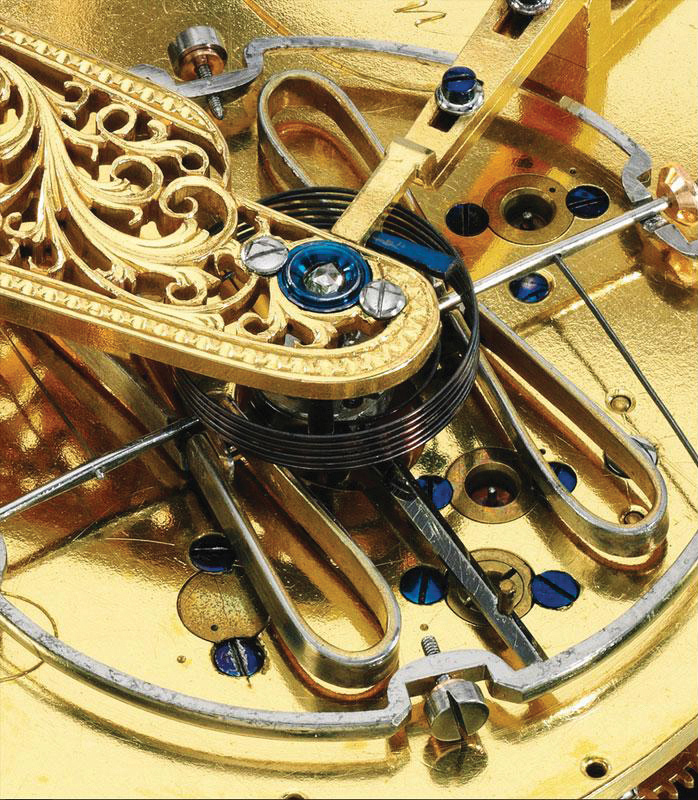 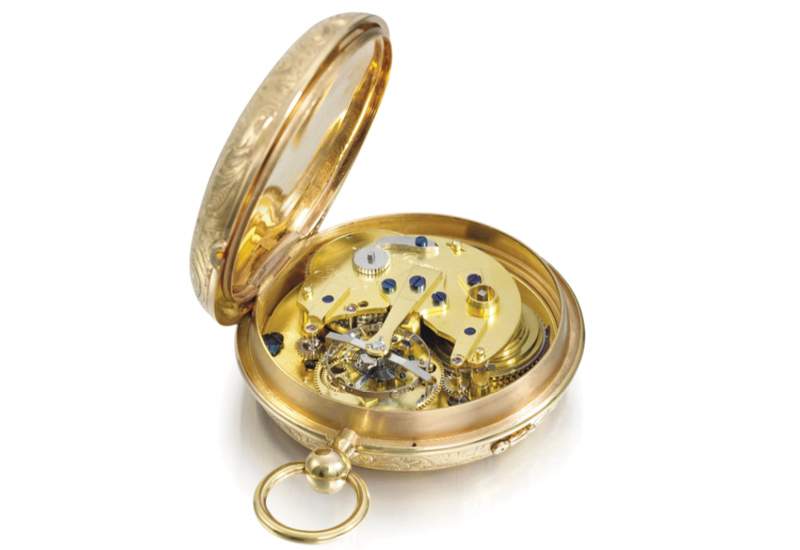 In addition, John Arnold had a close relationship with the renowned Swiss watchmaker Abraham-Louis Breguet, based in Paris and known worldwide for his many contributions to watchmaking. Breguet would go down in history for this 1801 patent: The tourbillon, one of the most prized complications in Haute Horlogerie that compensates for gravitational forces, which are not uniform in a portable pocket watch or wristwatch.

Breguet’s great admiration and respect for his friend and colleague John Arnold, who died in 1799, led him to place his first tourbillon in a pocket watch created by John Arnold as a way of paying respect and tribute.

By then, the precision and portability of watches already manifested tangible benefits and additional capabilities that transcended the social or material realm. An example of this was applied in the military to plan synchronized attacks. In the navy it started to be used as a tool to establish the geographical longitude of a ship great accuracy as well as to determine the exact time at sea: an indispensable tool to calculate the geographical position of a ship.

Once again in history it was possible to see that the ability to master time has always been something that has given power to man, and how this relationship between both is of fundamental importance in the development of humanity.

Man has always sought to control time, and without going into philosophical or scientific details, the truth is that the only way we can control it is by what we do with it. For although it is a resource, it cannot be stored or accumulated; it is only valuable in time when it is put to proper use. At home, without being able to go out, time does not give us the same value, because we are not free to take advantage of it or to live new experiences with it. We realize that even when time is measured in hours, it is only counted in experiences and lives. The units of rime measure it, but do not give it any value.

This is where we arrive at the concept of ‘Time Blending’, where we see that time – despite being a linear constant – can also be a very relative, since it can sometimes bend, stretch or compact in appearance. It is well known that time can pass in different ways according to the moment we are living: In times of joy and fun we can feel that it accelerates and that the minutes pass as if they were seconds; we would like to be able to stop time and to continue enjoying it indefinitely. On the other hand when we are going through a complicated moment, in suffering or simply bored, the minutes feel like hours and the passing of time seems to pass with a heaviness that overwhelms us and does not let us advance. 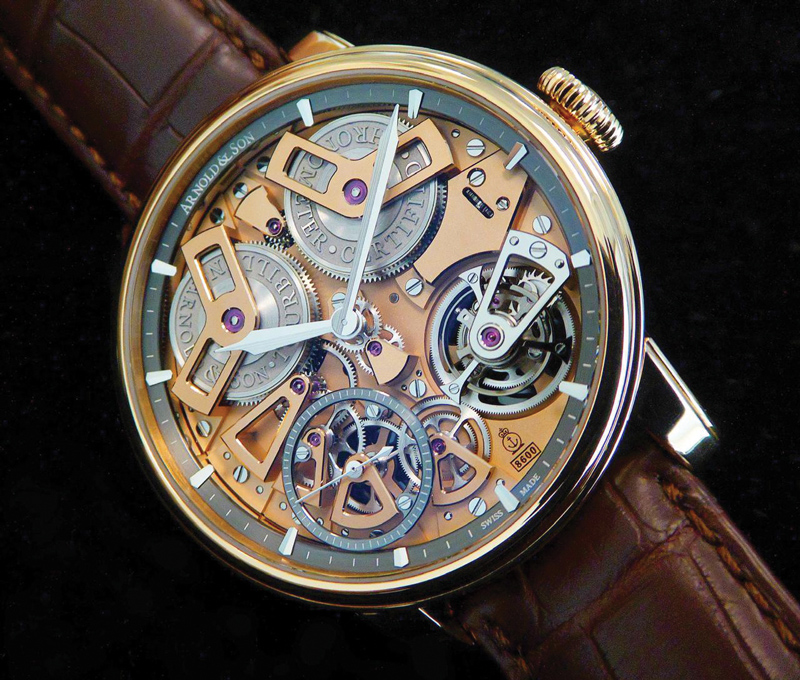 Switzerland is the homeland of haute horlogerie. 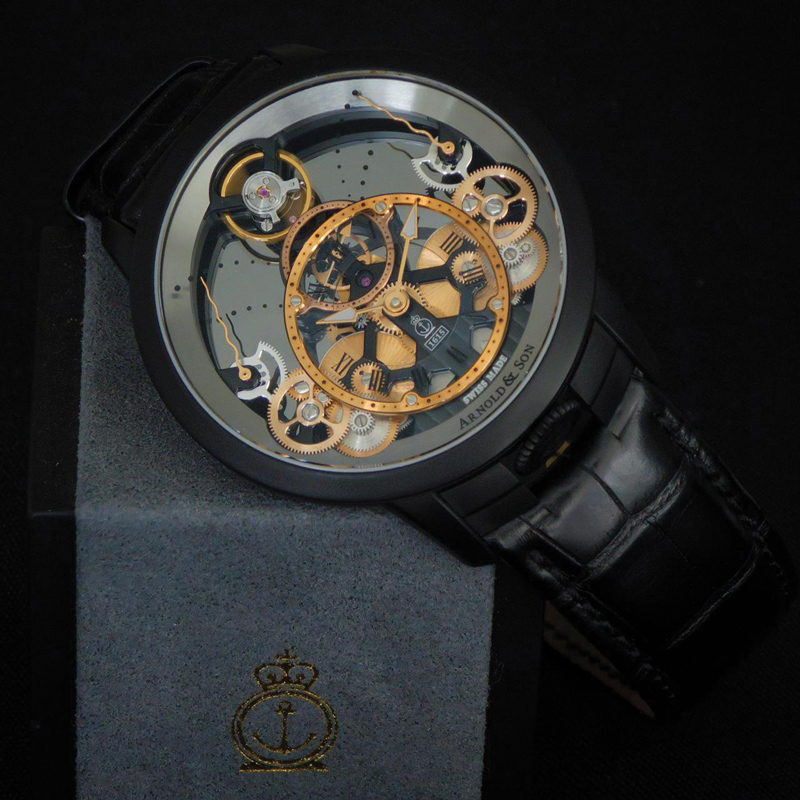 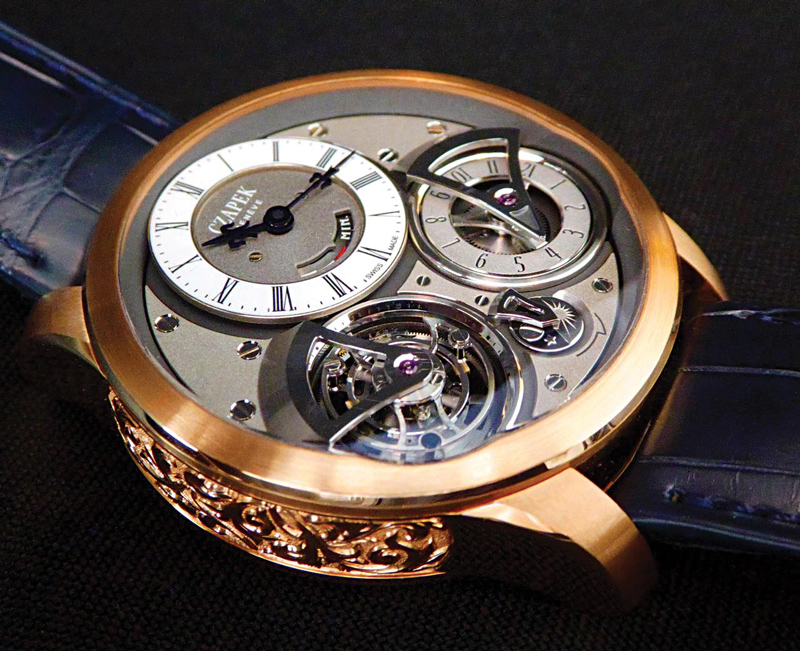 In 1836 Patek, Czapek & Cie was founded in Switzerland.

Switzerland, the capital of the high watchmaking

The concept of making the most of time and being productive with it is, curiously enough, one of the main reasons why the cradle of fine watchmaking today has a main house in Switzerland. A small country in the center or Europe between mountains and lakes, known for its wonderful cheeses and exquisite chocolates. Due to the mountainous land, much of the Swiss territory is not suitable for cultivation, originating large areas with pasture that allow the development of livestock. This large number of farms generate a high-quality milk production –raw material and fundamental to produce cheese and chocolate –.

However, the winters in Switzerland are very cold and long, which slows down the livestock activities during most of the year, and it is right there where – at home enduring the harsh winters – the Swiss managed to take advantage of their time and focus theirs talents on the handcrafted work of the Haute Horlogerie. In addition, Switzerland has a reputation for always remaining neutral during wartime, which helped many watchmakers to escape from the violence of war and find refuge in this European country.

An important example is the Polish watchmaker born in the Czech Republic, François Czapek, who arrived in Switzerland in 1832 and met, four years later, his now famous compatriot Antoni Norbert Patek. On may 1, 1939, they established the company Patek, Czapek & Cie, thus starting a new great moment in this history. 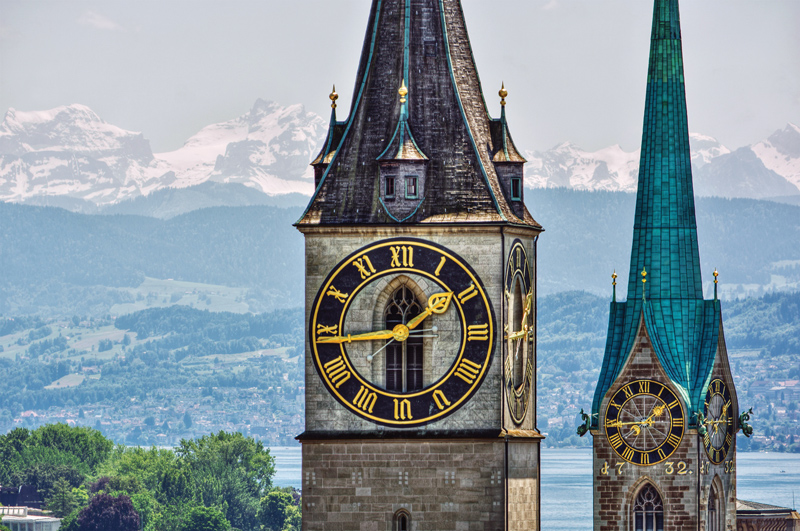