An “Old Master” vs Ten cars 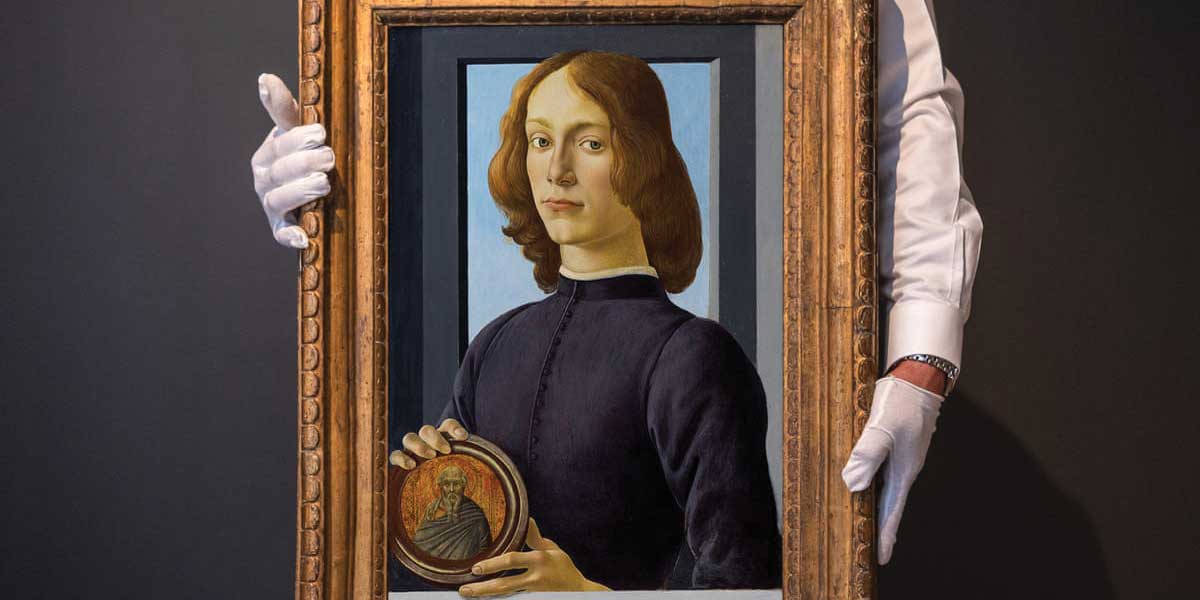 Sandro Botticelli’s portrait “Young Man Holding a Medallion” is the last painting in the “Old Mas-ter” category (European art before 1800) to be auctioned, as well as the second most expensive in history. The portrait bid by Sotheby’s and, defiying the crisis, was awarded to its buyer for the substantial amount of $92,184,000.

Without detracting from the work in question, I would certainly prefer to invest those 92 million in another art form, and not just any, but the following 10 pieces of art on wheels:

The Lusso is one of the most spectacular Ferrari´s cars designed by Pininfarina and built by Scaglietti. It was the culmination of a decade of constant mechanical development. This is a car that has a perfect blend of luxury, reflected in its name “Lusso”, and sporty performance from a 3-liter V12 engine. No wonder Steve McQueen gave one to his wife and drove it himself. 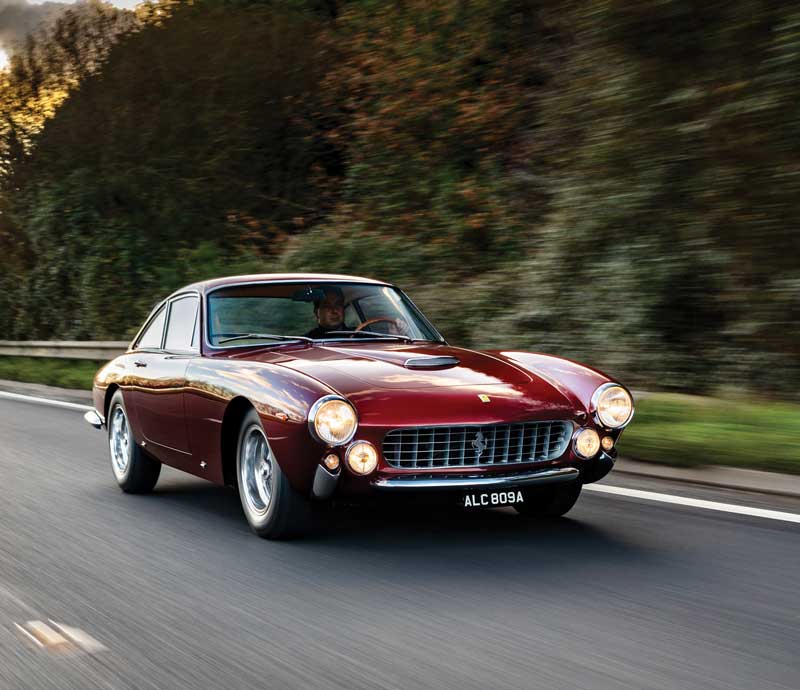 Bentley has always been known for making big and brutal cars. At the beginning of the 30s, and with enough experience in racing, the brand exhibited for the first time at the London Motor Show the “8 liter” model for the street. The racing DNA was evident in its massive 8-liter engine, which could reach up to 100 miles per hour (160 km / hr.) Even though the car was 5.4 meters long. 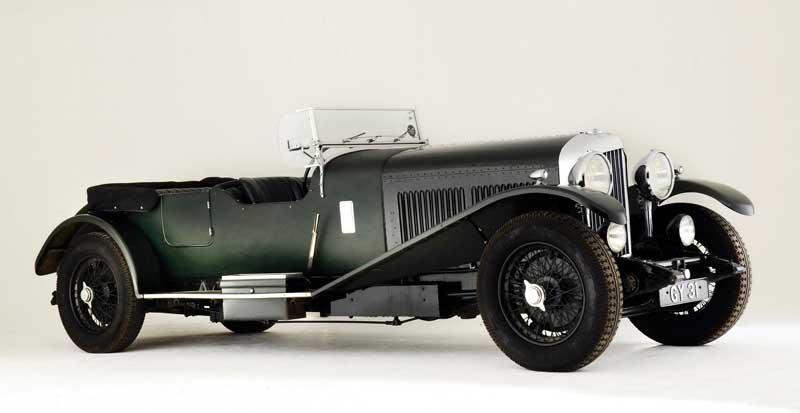 Few Ferraris have had the honor of bearing the acronym “GTO” (Gran Turismo Omologato) and this model honored its name from the moment it set the best time on the brand’s test track.  It is a model that is inspired by and revives the Ferrari 250 GTO of the 60’s. When this car was launched in 2010, Ferrari set the bar very high to its competitors, and that is that, although much has changed since 1962, the bases of the two cars remain the same. Front V12 engine, rear wheel drive and excellent weight distribution thanks to the position of the engine. 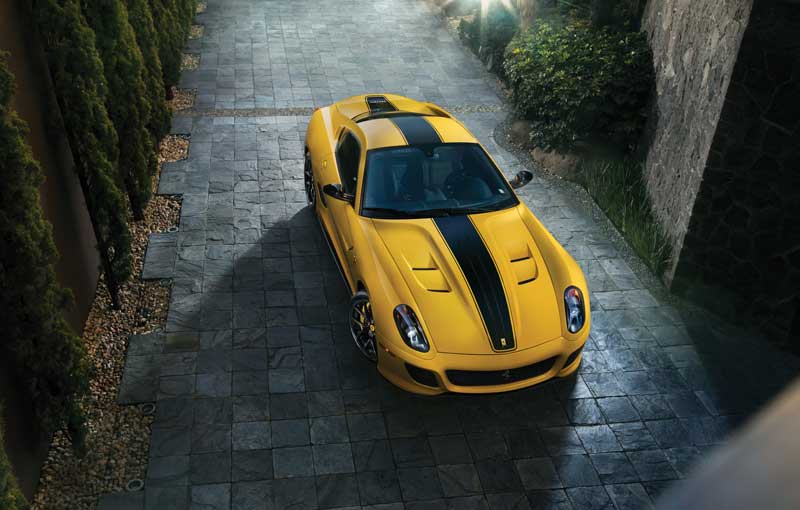 Today, the Bugatti brand is known for its Veyron and Chiron super sports cars, however, there was a time when Bugatti made the best racing cars. The Type 59 was one of them, driven by the best race drivers of the time. The car won multiple victories, including a third place in the Monaco Grand Prix and a victory at the Belgian Grand Prix. Without a doubt, it is one of the most coveted cars, the result of an exclusive production of only eight models; five of them are still in existence. 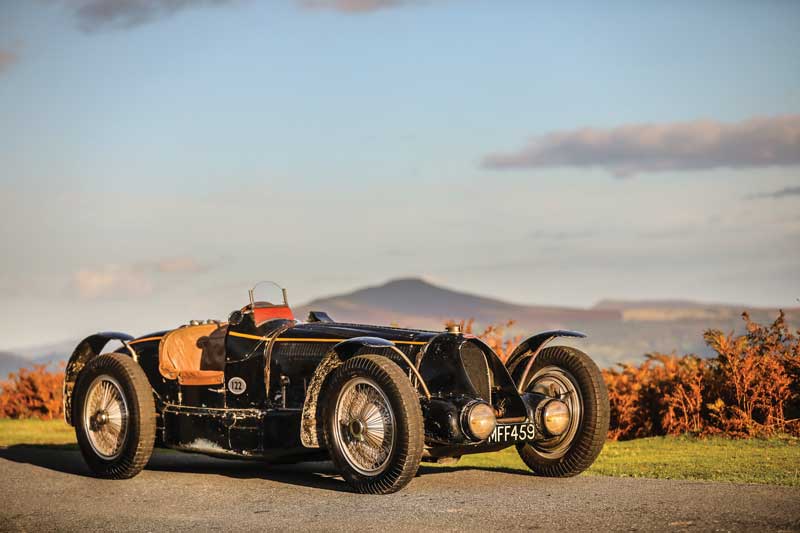 These three models are unique. Alfa Romeo B.A.T. 5, 7 and 9 were entirely and designed with a single objective: to have the least possible air resistance effect. Its acronym B.A.T. say it all: “Berlinetta Aerodynamics Technical”. Designer Bertone used elements of his experience, working on wing profiles in the aeronautical industry. These three pieces of art were auctioned as a single lot in October 2020, more likely to have gone to an art room than to a car site. 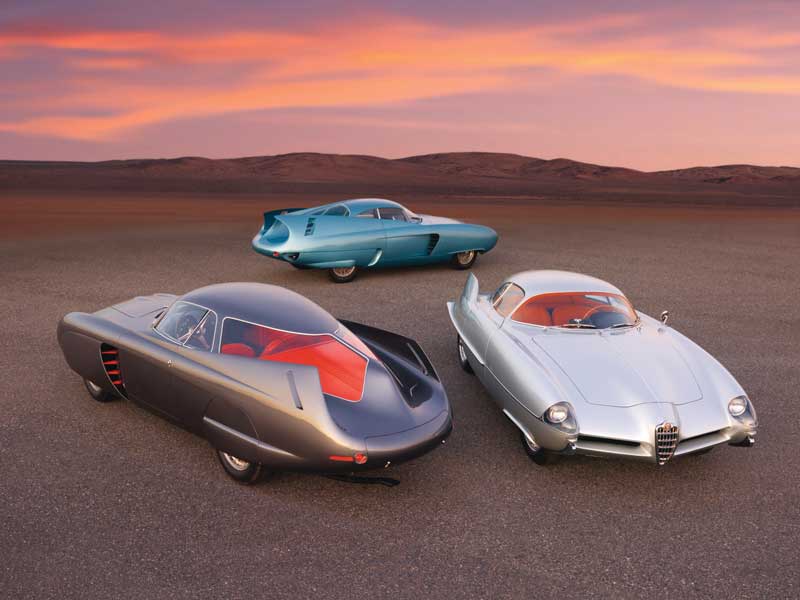 A car worth its salt must have a special touch, and the Pagani Zonda F is no exception; it is a car manufactured by Italian aerospace components engineer Horacio Pagani. The Zonda F features a 7.3-liter V12 engine built by AMG Mercedes, which produces 602 horsepower and has a total weight of 1,230 kg. There are only 60 copies of this model, so its exclusivity is guaranteed. 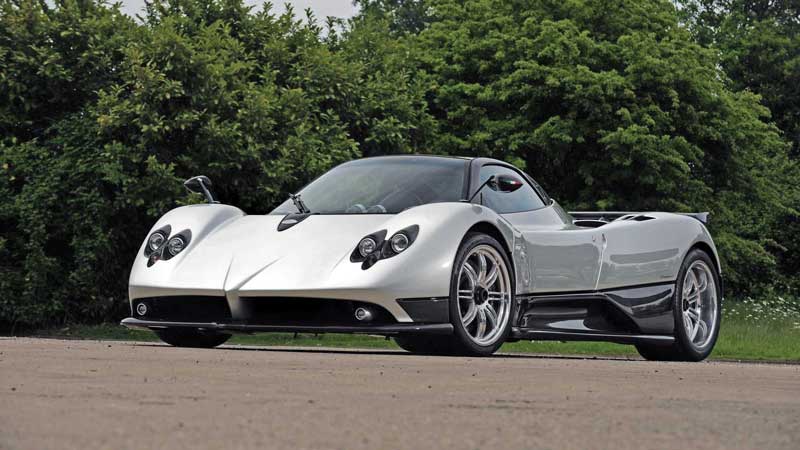 There was never any doubt that the Aston Martin DBR1 was supreme among sports racers of the 1950s. This car won the 1000 km Nurburgring in 1958 and raced at Le Mans 4 times. Legends such as Stirling Moss, Jim Clark, Jack Brabham and Carroll Shelby drove it. In 2017, one of these rare specimens was auctioned in Monterey for the amount of 22 million, making it not only the most expensive Aston Martin at auction, but also the most expensive British car to be auditioned. 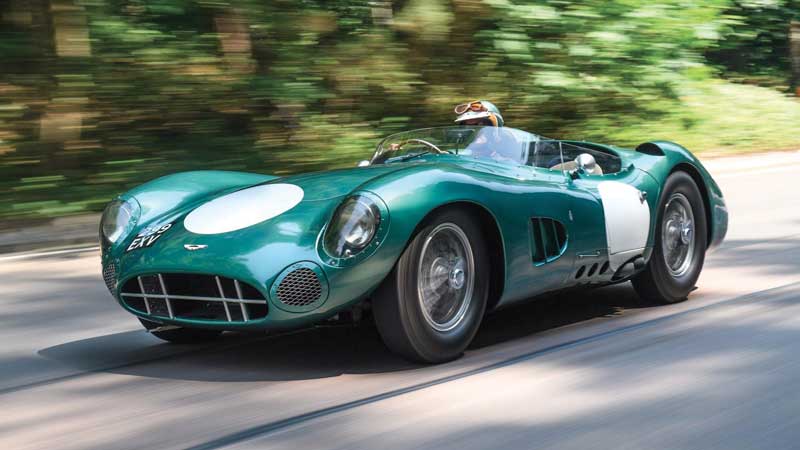 One of the most sporty and exclusive cars of the prewar period (the automotive period prior to the end of World War II). All seven Lungo Spiders were produced in 1939 and, were to say the least, sophisticated. Under the long sleek hood is 2.9-liter supercharged straight 8-cylinder engine, inherited from Alfa Romeo´s factory racing cars. All this technology gave the car a top speed of almost 180 km / hr. Not bad, considering that a fighter jet from the same era could probably do just over 400 km / hr. 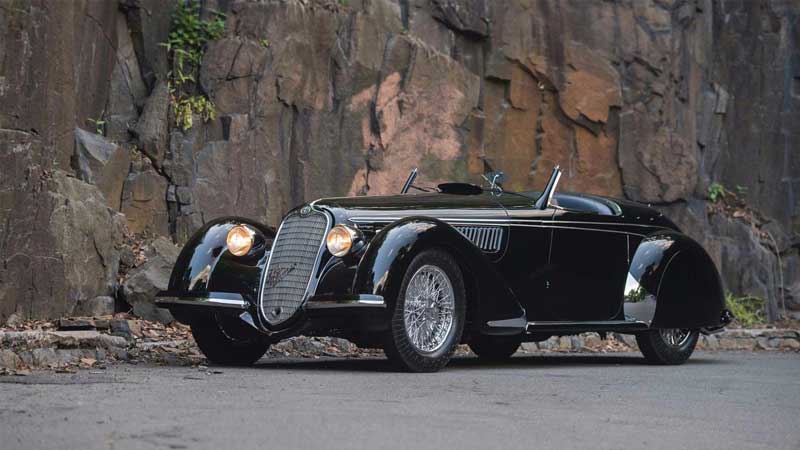 The Silver Wraith was the last Rolls-Royce model to be delivered in “chassis-only” form, in order to receive a wide variety of custom designed and manufactured bodies. The last two Rolls-Royces produced with U.S. custom bodies were this pair of convertible coupes, built by design firm for New York importer J.S. Inskip. The more famous of the two was ordered by a millionaire New Yorker and first displayed at the 1949 New York International Auto Show and last auctioned at Pebble Beach where it was advertised at an estimated $1,250,000 to $2,000,000 USD. 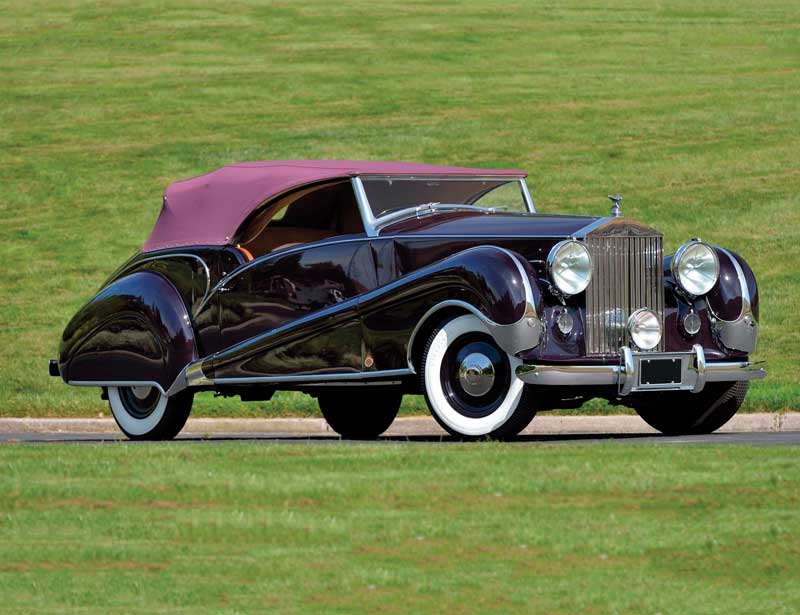 The 959 served as the technological guide not only for Porsche, but for all super sports cars of the 1980s, 1990s and even the 21st century. This Porsche was so far ahead of its time that it seems we’re only now catching up. It featured four-wheel drive, adjustable ride height, hollow-spoke magnesium wheels, tire pressure control, and a six-speed gearbox, plus twin-turbo engine. Although the engine was air-cooled as Porsche tradition dictated, it used water-cooled cylinder heads. The 959’s engine was not just a 911 turbo engine with some new technology, but was very similar to the engine that powered the 936 and the Le Mans-dominating 956 and 952, although, of course, more city-friendly. 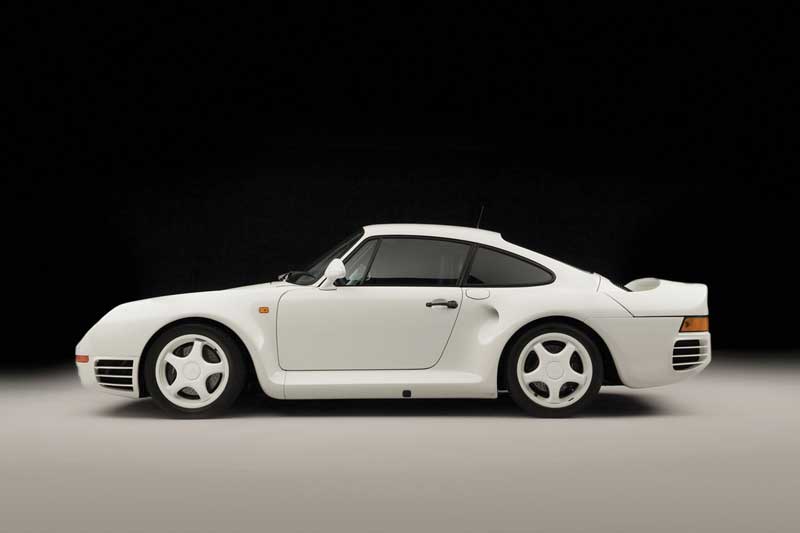