Summer is upon us and with it comes the best pretext to enjoy it behind the wheel. Here we present two distinct options, each with its own reasons and characteristics to make any aficionado of the good life behind the wheel content.

The courage and the pursuit of adventure translates into a work of technology such as the Lamborghini Aventador LP700-4, considered not only as one of the world’s most advanced cars, but also as an outstanding work of motorsports. The Aventador combines technical innovation that, as its name suggests, makes it and indomitable beast.

It is said that a difficult day on the racetrack is a thousand times better than a good day at the office, a fact which McLaren Automotive can attest to, being one the most successful Formula 1 teams in history and which now presents the supersports car MP4-12C, the finest toy to hit the asphalt under the beating rays of the sun during the summer, making use of the long days to burn rubber whether it be on the track, or on ones preferred highway.

Unmatched speed on the road

The 2012 Pagani Huayra, the fruition of the project long known as the C9 is propelled by a twin-turbo V12 and meant to fly along the ground at more than 200 mph. It turns out that this aluminium model of the Huayra is in fact the ignition key It is the least inconspicuous key you’ll find to any car.

In standard form, the turbocharged 5,980cc V12 will produce 700 horsepower at 6,300 rpm and 664 pound-feet of torque from 2,500-4,250 rpm. The Sport version will make 730 hp and 811 lb-ft of torque. The basic engine comes from the Mercedes-Benz SL65 AMG Black Series. AMG adds new pistons, cylinder heads, exhaust manifolds and turbochargers. It is estimated that the car will do 230 mph.

The interior design features shift paddles on the steering wheel and a lever on the center console. Horacio Pagani has tried to maintain the special link between man and machine by giving the shift linkage a heavy, mechanical feel. Even the center console itself has been machined from a single block of aluminum. At the same time, there’s a satellite navigation system with a touchscreen, because the Huayra is meant to be a GT car, not a racing car.

The Huayra will carry a price tag of about $1.4 million, and that’s for the version with the standard engine. 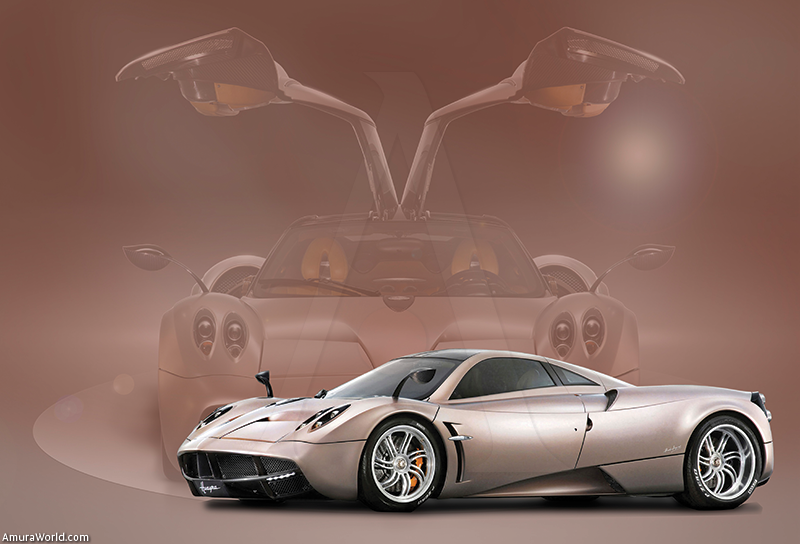 The new Lamborghini flagship Aventador LP700-4, is the result of this Italian fashion house’s work in creating a worthy successor to the Lamborghini Murcielago, which after 4099 copies manufactured, was discontinued in late 2010.

Consistent with Lamborghini’s fascination in bullfighting, this new piece of automotive technology is named after a famous fighting bull. And honoring this, the Aventador LP700-4 is undoubtedly a true beast of steel, in which depths lies a new 6.5-liter V12 engine, which gives an output of 700 hp.

The performance of this machine is estimated to allow Aventador a maximum speed of 350 km/h, and to reach 100 km/h in 2.9 seconds.

The gearbox of seven shifts features double synchronizer and shift transition, which is lighter and smaller than a double clutch. This system has been called ISR (Independent Shift Rods). Also, the traction is a Haldex-type system. The front and rear differentials are electronic and auto blocking respectively. When driving in manual, you can choose between three modes: Strada, Sport and Corsa. Strada is for on-road driving; Sport for sport driving, and Corsa for circuit.

The interior of the Aventador LP700-4 bears a closer relationship with it’s immediate predecessor, the Murcielago than with other modern models of the firm, like the Lamborghini Reventon. The interior is divided in two by a center console that has several controls, which at the same time is connected to the dashboard, dominated by a TFT-LCD screen displaying all the instruments and indicators. 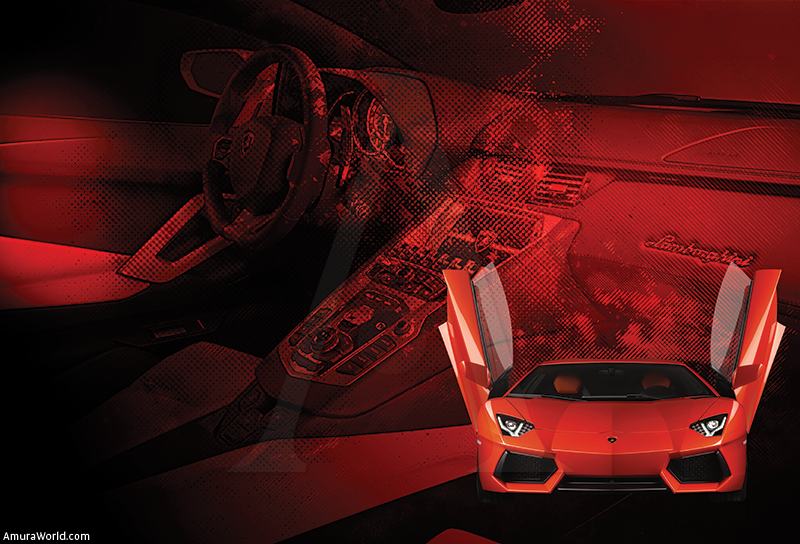 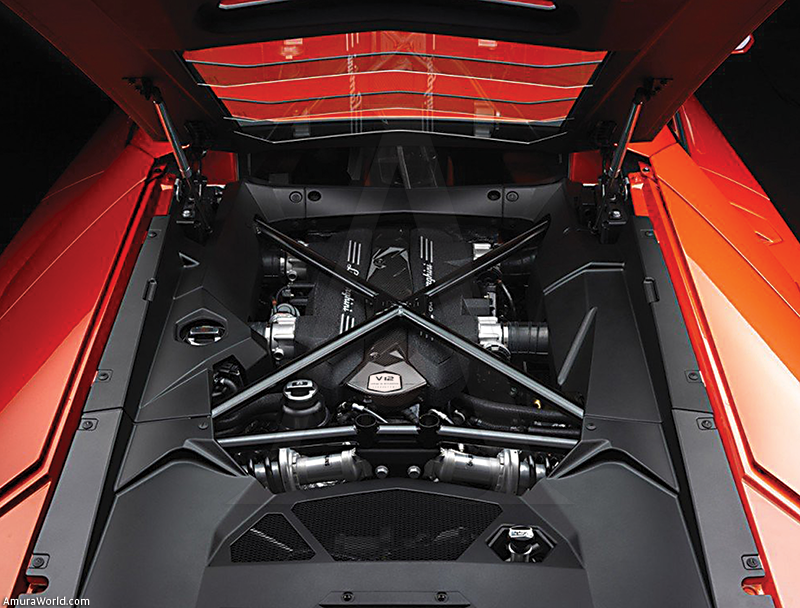 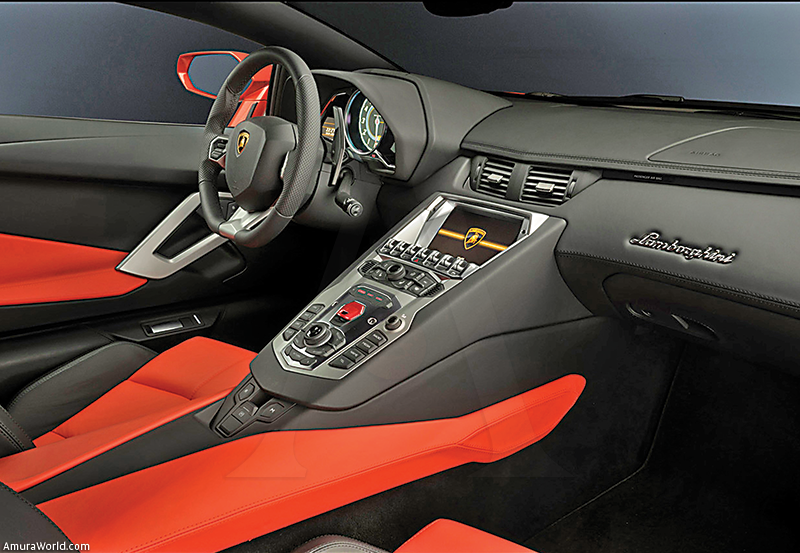 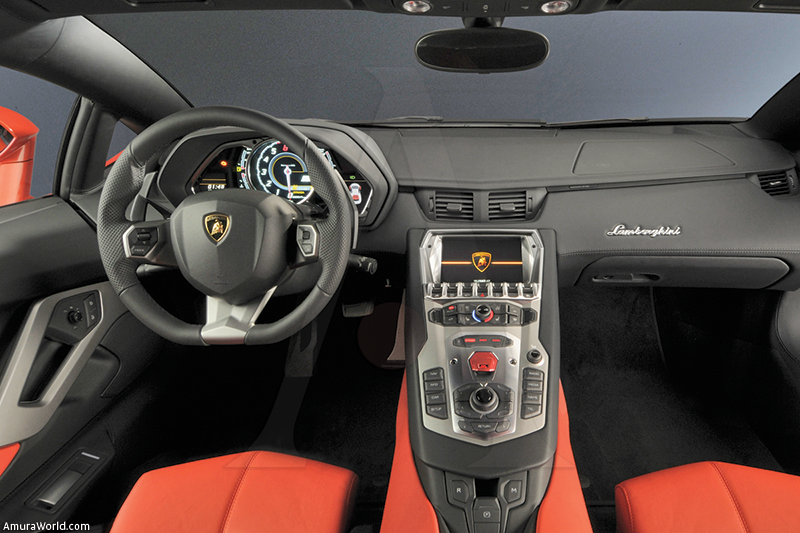 A classic of the future

Long being a staple in the racetrack, especially when it comes to Formula 1, the McLaren team is one most successful brand in this automotive region. Its first incursion into sports vehicles made for the road began in the 1990s, with the McLaren F1, a masterpiece of a sports vehicle, being the fastest model on Earth in its time, a record that was not shattered after many years. Because of its purity of style, some contend that it still has not been superseded.

The new model from McLaren Automotive is the impressive MP4-12C, a pure concept vehicle, yet less extreme than the F1; one that indeed begins its formations with a chassis made entirely of carbon fibre which contributes to its light weight (only 1,301 kg) and efficiency.

It is propelled by a V8 engine developed by McLaren and fed by twin superchargers, providing the vehicle with 592Hp by way of an advanced 6-gear semiautomatic transmission system operated by two controls on the side of the steering wheel.

This two-seater is accessible by way of two “butterfly” doors that open to the front and upwards, which provides an exotic yet accessible look. 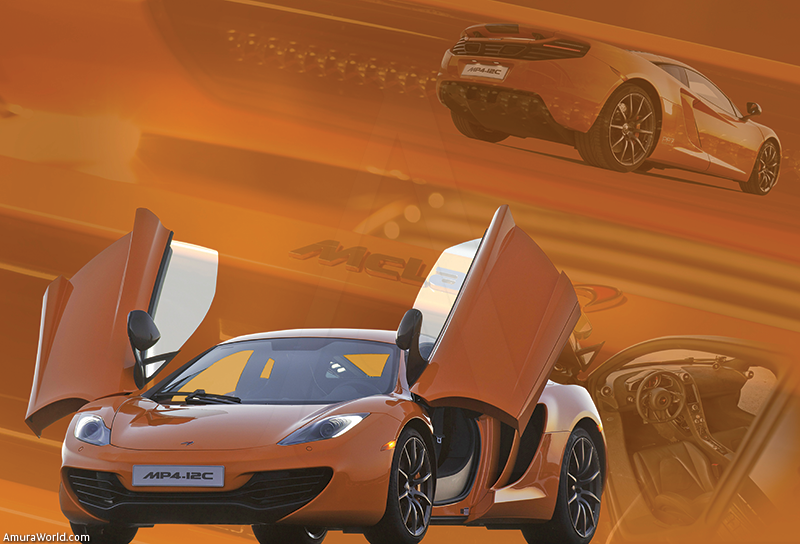