The land of precision 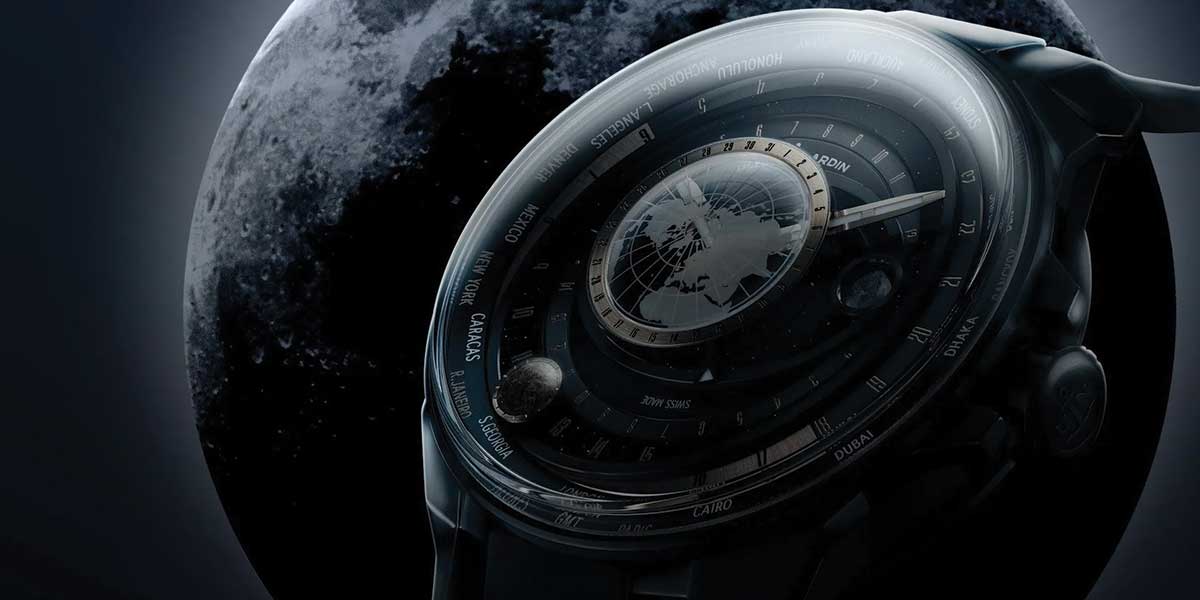 In a market as competitive as the watchmaking one, Swiss maisons have produced trend-setting models that have become iconic.

Swiss Made refers to the perfection, aesthetic prowess, technical innovation and Swiss origin of a timepiece. To be worthy of this jealously guarded distinction, which guarantees its quality, the watch must be manufactured with a movement originating in that nation, have at least 50% of Swiss components, be assembled and inspected in the Swiss country, where at least 60% of the production costs must come from.

Switzerland’s history as a watchmaking center is not recent, dating back to the 16th century, when master manufacturers of pocket, wall and pendulum timepieces established their workshops in Geneva. Over time, they expanded to other towns, giving shape to Watch Valley, in the Swiss Jura mountain range, between Geneva and Basel, in a distance of 124 miles, where today 90% of the world’s wristwatches are produced.

In the 19th century, the Swiss industry confirmed its dominance; however, its most severe antagonist would come from the other side of the Atlantic Ocean: the United States, with the mass production of parts used in various models, flooding the world market with low-cost watches. As a result, Swiss exports suffered a drastic reduction.

At the beginning of the 20th century, Switzerland’s response was to equip its creations with previously unimagined functions, such as a calendar or a chronometer. In 1922, Rolex introduced the first water-resistant watch, and in 1926 the first automatic wristwatch was produced. Switzerland regained control of the time-measuring industry.

Switzerland was able to increase its dominance by conceiving the first quartz watch in 1967, and decided not to market this battery-powered movement, unlike the Japanese and Americans, who flooded the market with quartz productions. The Swiss kept their mechanical models.

Faced with the worldwide acceptance of quartz chronometers, the Swiss manufacture collapsed, and when it seemed that the end of Swiss dominance had come, in 1985 the Swatch brand appeared, the low-priced and high quality analog quartz timepiece, which would catapult Switzerland, which currently exports 90% of its annual production, which in 2020 was close to 21 million (between wristwatches and wall clocks), equivalent to 23.7 billion dollars.

Launched in 1952, it became the favorite of pilots and aeronautical manufacturers, being equipped with an aviation-specific side rule. In 1962, a Navitimer designed by astronaut Scott Carpenter appeared, with a 24-hour dial, for the reason that in space there is no distinction between day and night; in the same year, Carpenter used it on his mission aboard the Aurora 7 spacecraft. 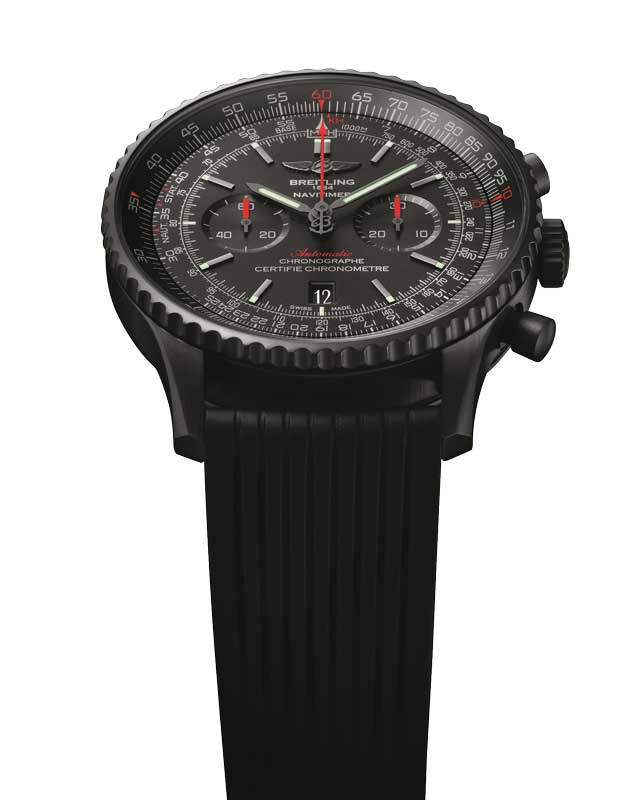 In 1846, Ulysse Nardin founded its namesake company and developed marine chronometers for navigation, as well as complex pocket watches. This year, the maison launched a new edition of Blast Moonstruck, with reinvented mechanics that reproduce the rotation of the moon, the “apparent motion” of the sun around the globe as it is observed from Earth, and a tide chart. 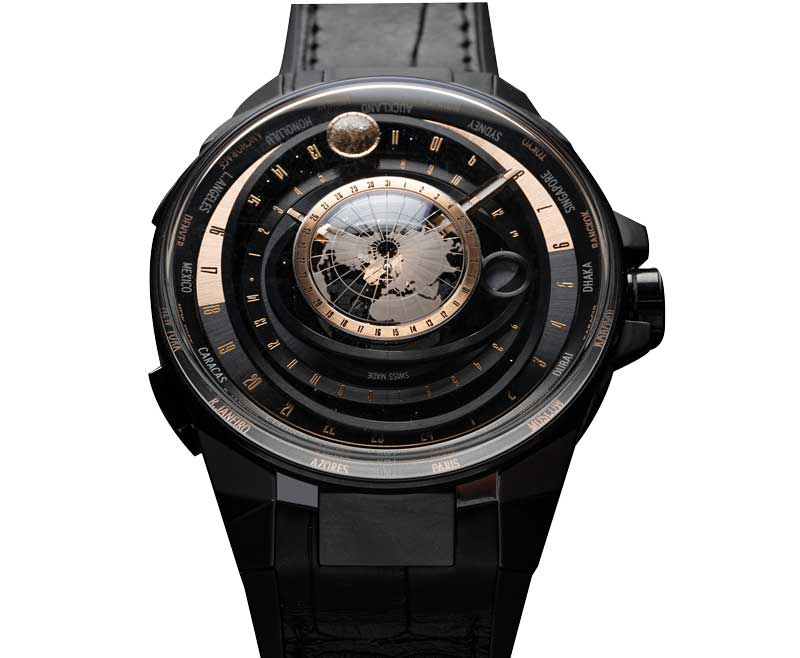 A request for a marine chronometer by Portuguese businessmen led to the birth of the Portugieser in 1939. The response was to create a wider-than-usual 43 mm case with a slim bezel, white dial, leaf hands and huge raised Arabic numerals. Eight decades later, the trend in watch design is for larger cases, making it innovative. 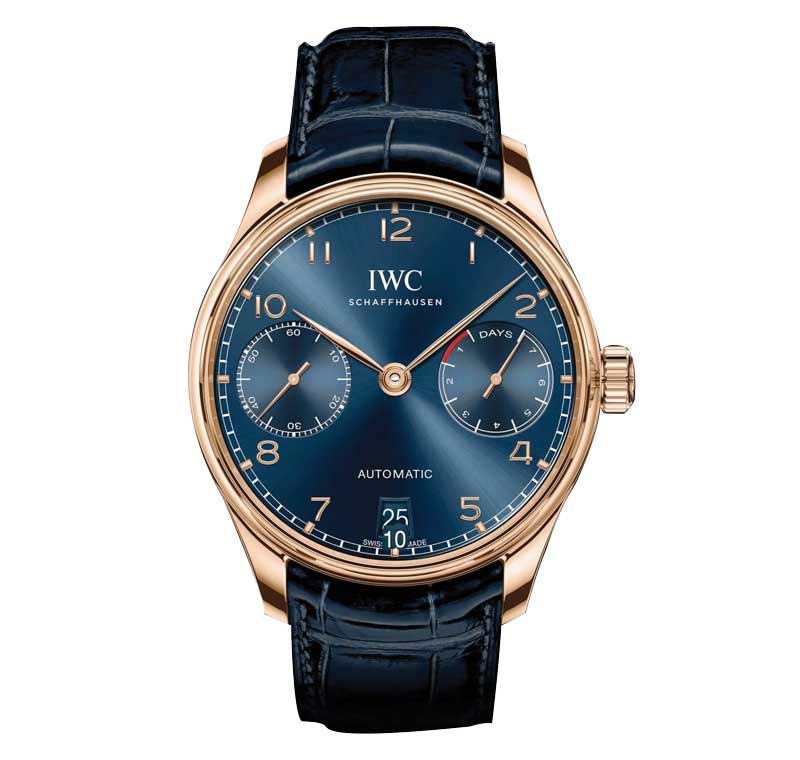 The Swiss César de Trey was challenged by a British army officer and polo player to create a model that would withstand the impact of the ball during a match. René-Alfred Chauvot designed it and Jacques-David LeCoultre (later to merge with Edmond Jaeger) manufactured it in 1931. It was the birth of a timepiece mounted on a case that slid to one side and rotated, protecting the crystal. 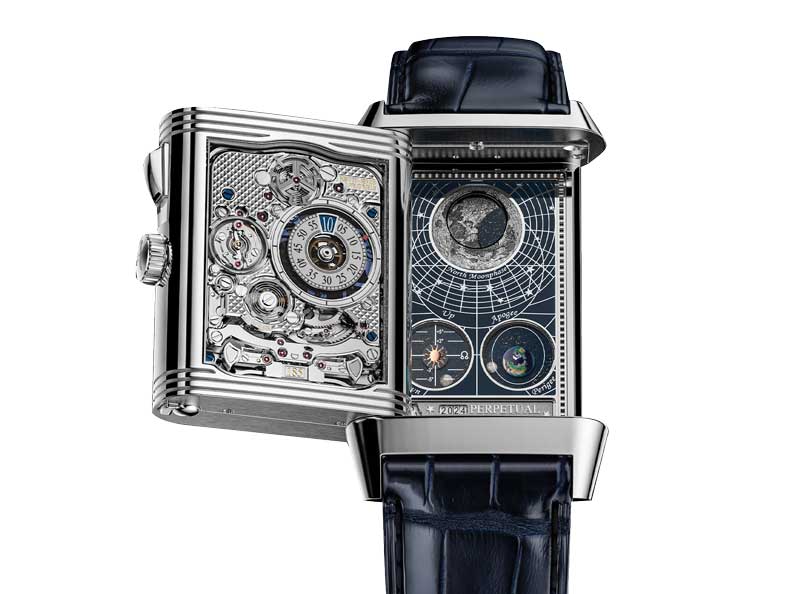 In 1965, NASA tested 12 brands of watches to choose the one that would be worn on the wrist by the astronauts of the Gemini mission. It had to withstand extreme temperatures, humidity, corrosion and vibrations among other factors. Exhibited in 1957, the Speedmaster Professional fulfilled everything, receiving the nickname “Moonwatch.” In 1969, Buzz Aldrin stepped on the Moon, wearing one wearing one. 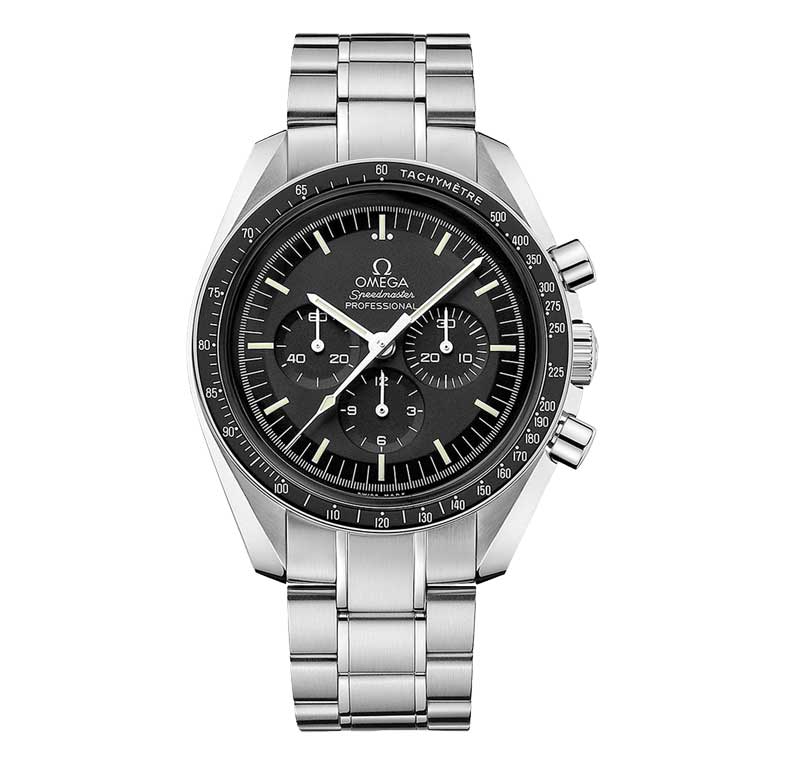 Les Ateliers Louis Moinet, founded in 2004, honors the memory of the inventor of the chronograph, artist and astronomer, Louis Moinet (1768-1853). This year, the brand presents the renewed version of Space Revolution, which required more than three years of research, with a pair of tourbillons rotating at high speed in opposite directions, just like two spaceships. The mechanism is hidden in the base of the chassis, with a thickness of 3.75 mm. 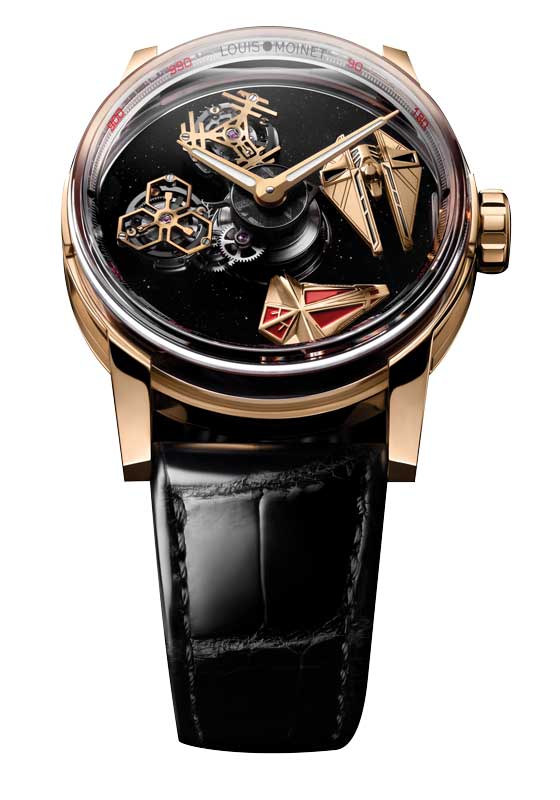 Launched in 1922, it was the first waterproof watch; it came in a case that opened to access the winding crown; it later emerged with the Oyster case (1926). In 1953 it marked a milestone, as the first chronometer to descend 328 ft. In 1969 it was fitted with a date display, becoming a model for daily use; 10 years later they increased the marine depth to 984 ft. 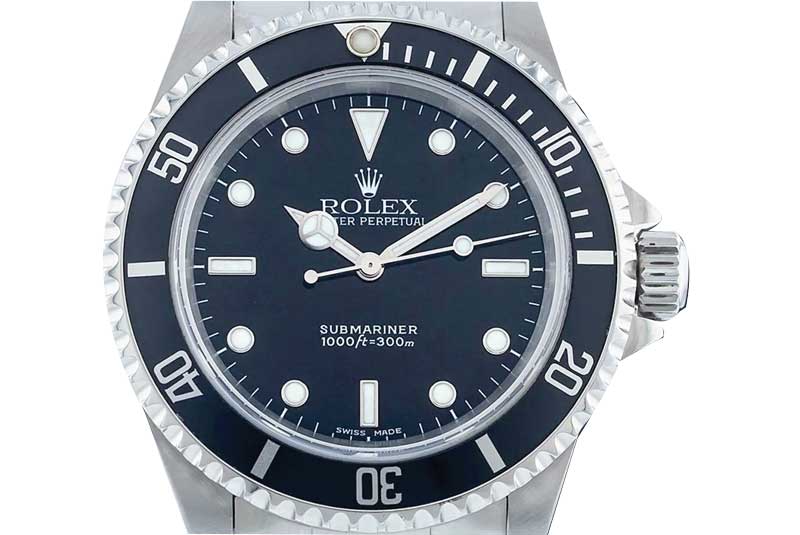 Jack Heuer broke the mold in 1959, being presented with a square case and the first automatic movement with micro-rotor. It became iconic when actor Steve McQueen (1930-1980) wore it in the movie Le Mans (1971). So successful was the McQueen-Monaco pairing that half a century has passed, and TAG Heuer continues to use stills from the film as advertising material. 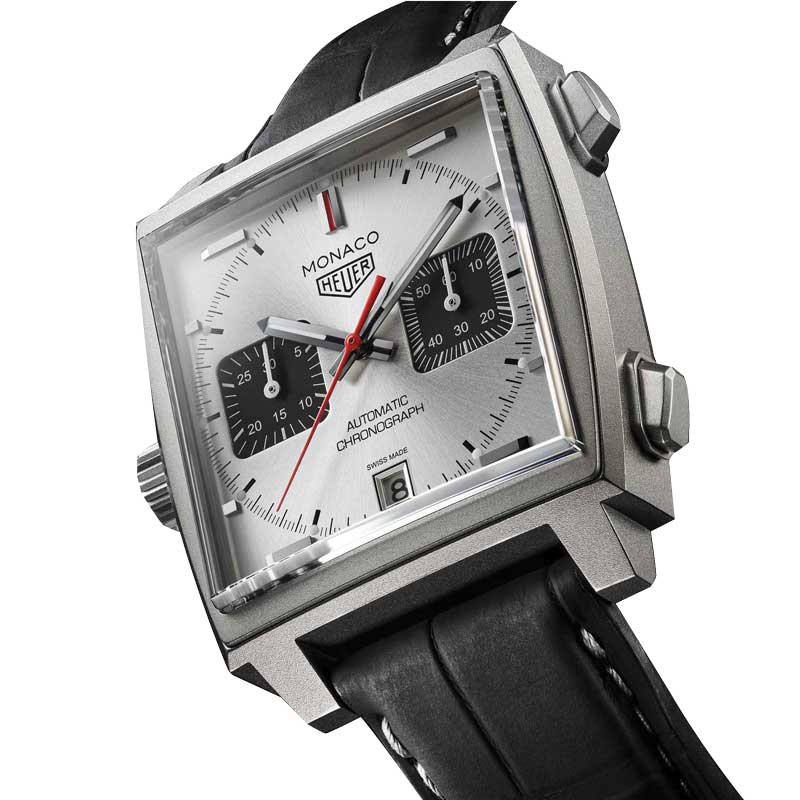 Since its launch in 1969, the tricolor dial and the world’s first high-frequency movement made the El Primero special. Six years later, Zenith’s management would cancel its production, faced with the arrival of quartz models. Cleverly, Charles Vermot, a watchmaker who worked on the creation of El Primero, kept the plans and tools to manufacture the components, and in 1985 its execution was resumed. 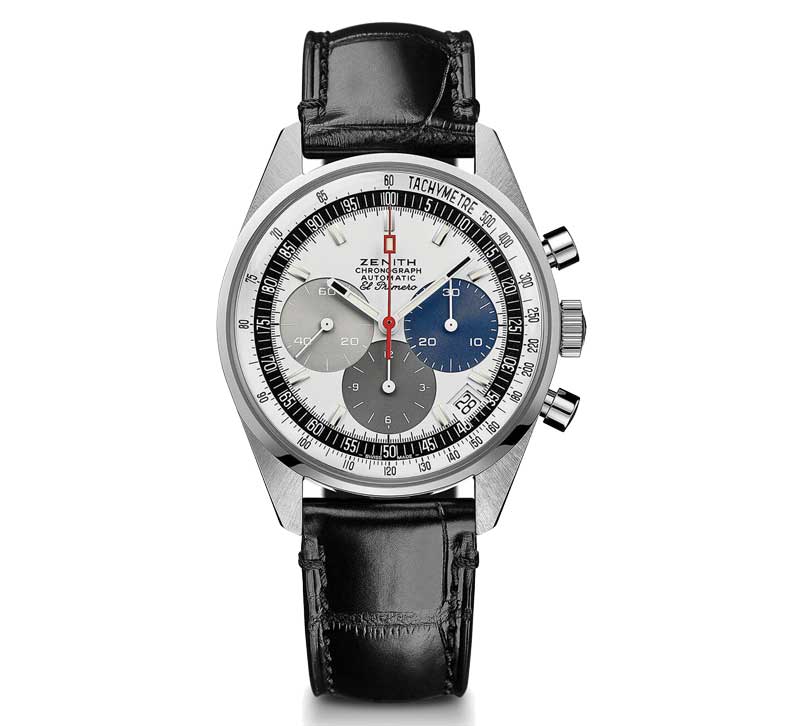