It is assumed that a sports car is fast. However, over time this concept has now luxury matters and defines. In this sense, the machines that once were pure competition machines, barely tamed for use in civilized context, today are equipped with luxurious amenities and details.

Porsche is one of the brands most closely identified with this concept. In the past six decades, its refined skills have earned more competitions around the world that can be keep track. With the Boxster Spyder retake the minimalism of the first Porsche to build a car whose driver interaction is practically perfect, and it has nothing do not walk faster.

On the other hand, the attractive Mini Cooper S received both technical and interior design improvements, with more power and significant changes in comfort and livability. And all this without forgetting the sporty character. 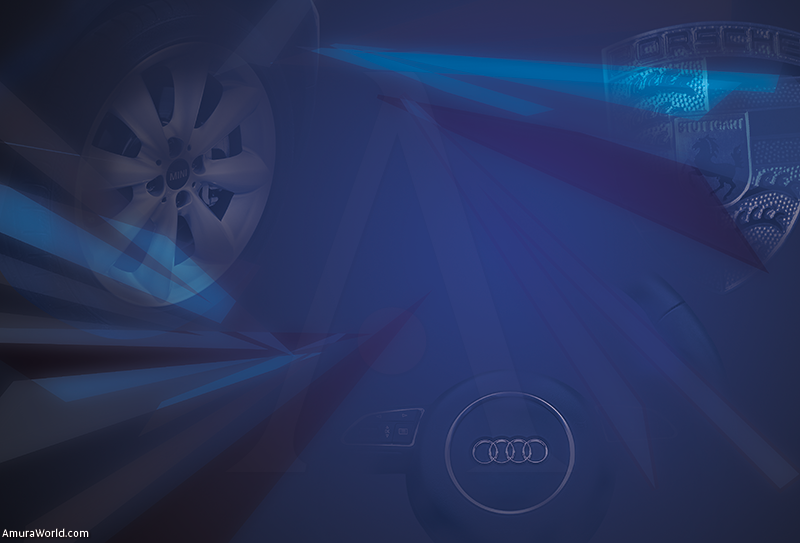 But it’s no longer alone in the premium subcompact class; Audi A1 has just launched a well equipped personal luxury car, and emerges as a worthy competitor to the Mini. Of course, with the traditional inner quality of the brand with the four rings in a more small, seasoned with the best in terms of Volkswagen Group engines.

These two cars have proved that luxury does not have anything to do with size, contrary to the perception that people have in Mexico, but can do without indoor area if not required, but without forgoing the comfort and use add a shadow to dynamic attributes, which are difficult to match by any other luxury car.

Mini Cooper’s agility is legendary. And although the primary focus of the Audi A1 is not sportiness, its engineering enables a fast and entertaining driving.

For the development of the A1, the aesthetic elements of the firm were taken and successfully adapted to a smaller scale. The profile is resembles that of a smaller coupé rather than a three-door hatchback with a personal focus.

The rear hatch embraces the entire width of the vehicle, including the attractive tail lights. The front features a conceptual look, with the headlights being illuminated by a row of LED lights during the day, and high-intensity bixenon headlights during the night.

A strong point of every Audi vehicle is the quality of its interior, and it can be said that in the A1 the quality is exceptional; making it clear that attention to detail was not spared. The dashboard is fabricated with materials soft to the touch, and features a tough appearance, set side to side an ensemble of the highest order. The control panel is simple, logical and complete. The leather furnished seats are firm and offer an excellent lateral support; they can accommodate four people. 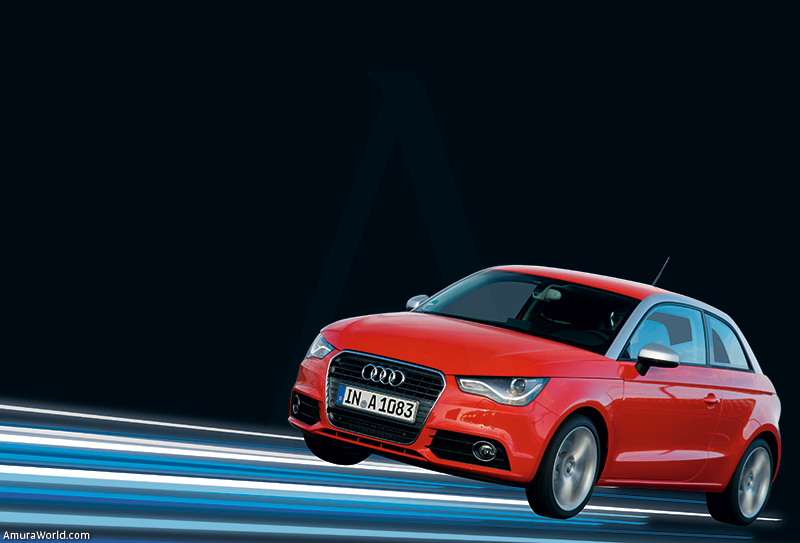 The A1 is powered by a reasonably lively 1.4 L, 122 hp engine; but it truly shines by the excellent communication it possesses with the seven gear shift box, which allows for the driver to exploit the vehicles resources to their maximum degree, offering a smooth ride and a reduce fuel intake.

Furthermore, the A1 features a “Stop & Start” system that halts the engine during momentary stops, for example: when facing a red light to save fuel. The engine restarts itself the moment the driver releases his foot off the break pedal.

The suspension is firm, but its benefits are perceived at the moment the driver faces curves, given that the A1 offers control and sensitivity in par with Audi’s prestige. The sense of solidity is impressive, and the steering precision inspires confidence in the driver.

The end result of combining the traditional Audi elements with smaller dimensions, yet without leaving behind comfort and sober German luxury, is quite positive, given that the appearance is fresh, but sophisticated and does not disappoint in its dynamic aspects. 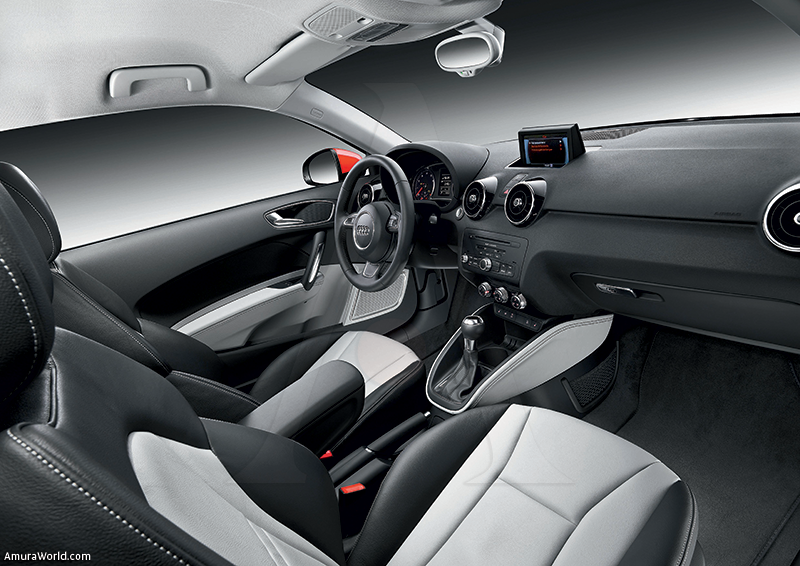 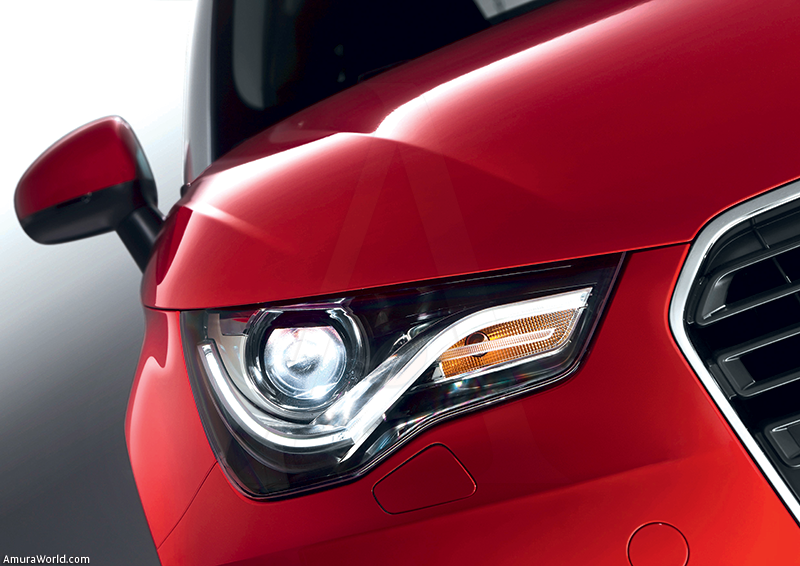 F rom the beginning, the Porsche Boxster was considered a roadster. Yet, as it is to be expected in a luxurious sports vehicle, this one features an ample selection of cutting edge equipment: electronically adjustable seats and belts as well as a sound system of the highest quality, in which the speakers raise the weight of the vehicle considerably, which affects the weight-power ratio.

For this limited edition version, the hood has been completely removed from the Boxster, as well as other equipment that adds weight, to make the vehicle as powerful as some of the fastest Porsche’s of the past. 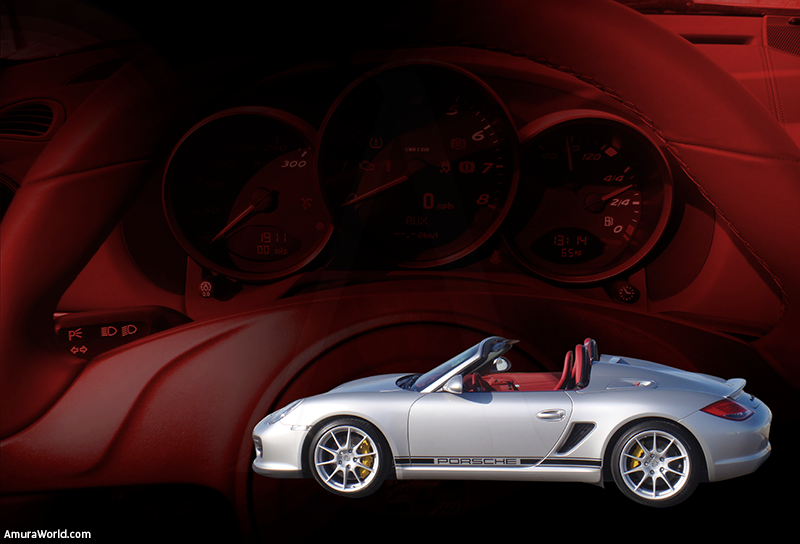 The Boxster Spyder’s windshield has been lowered, and the removal of further equipment made the vehicle 80 kilograms lighter than the Boxster S.

The engine consists of a 3.4L, 320hp, six horizontal and oppositely fixed cylinders placed at the center of the vehicle to propel the posterior wheels. It features a six-gear manual transmission, its effect being especially notable when accelerating with force when coming out of a sharp curve, given that it shifts smoothly. Furthermore, it can also be purchased with a semiautomatic, seven gear, double clutch PDK transmission which improves fuel intake and acceleration given that there is no interruption in the deliver of power.

As a result of these changes, the steering is absolutely pure; for even when it features traction and stability controls, its functionality threshold allows the driver to feel the reactions of the vehicle under control just at the limit before the electronic “security networks” are activated. 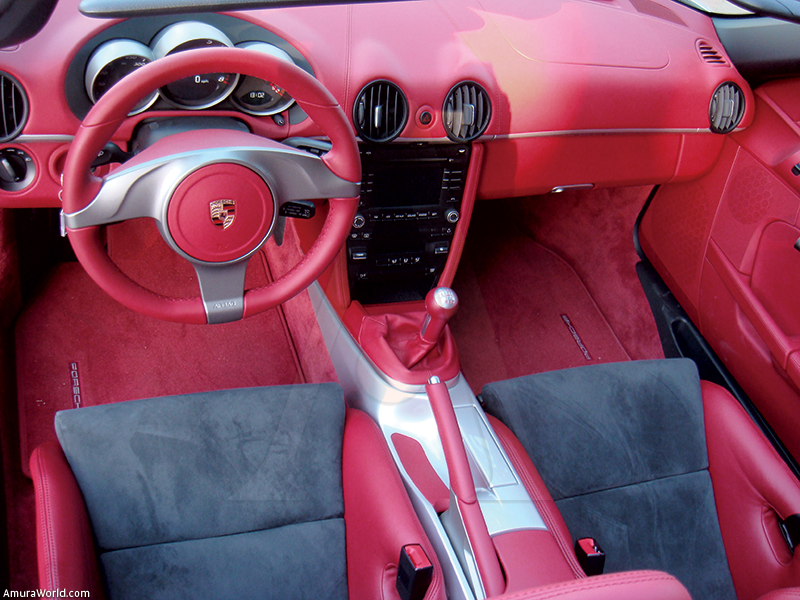 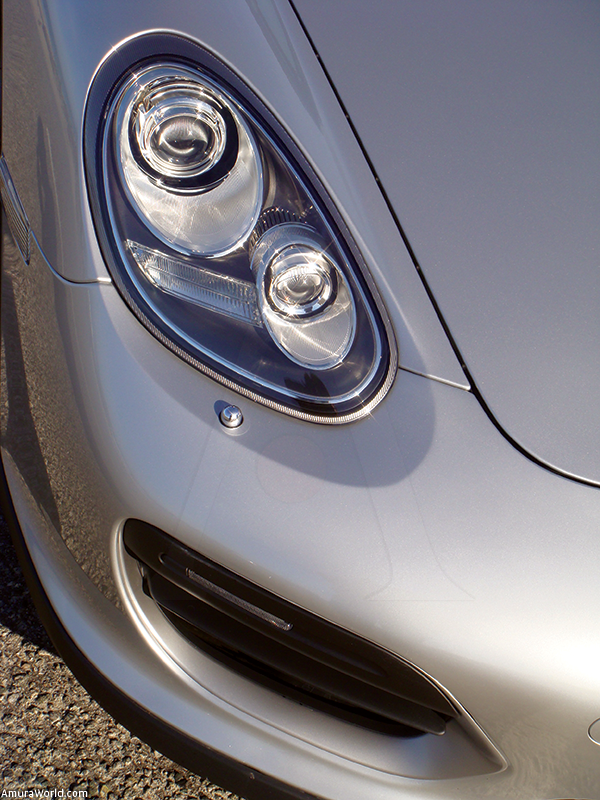 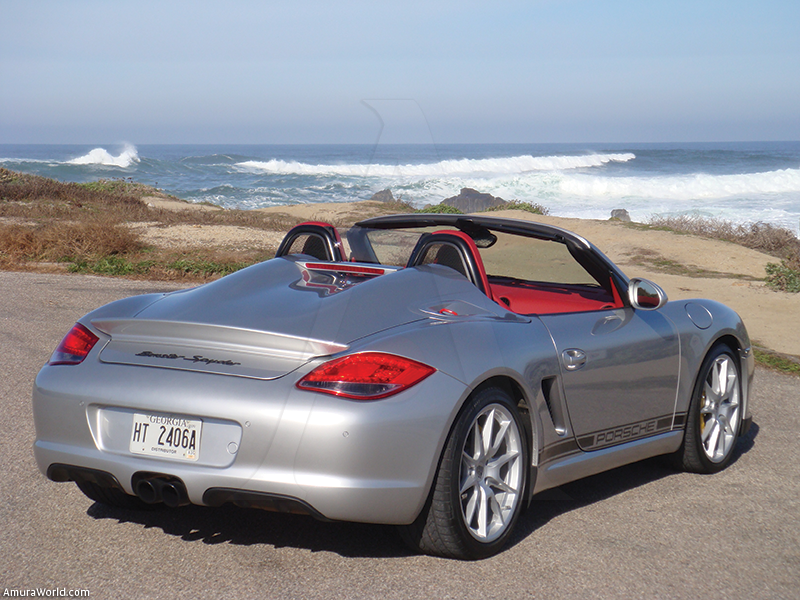 The engine, in particular, has incorporated a new advanced valve control system, called Valvetronic, that allows it to precisely adjust each valve for every cylinder. This technical modification allows it to increase the 1.6L, 181hp engine power, which translates to greater agility. 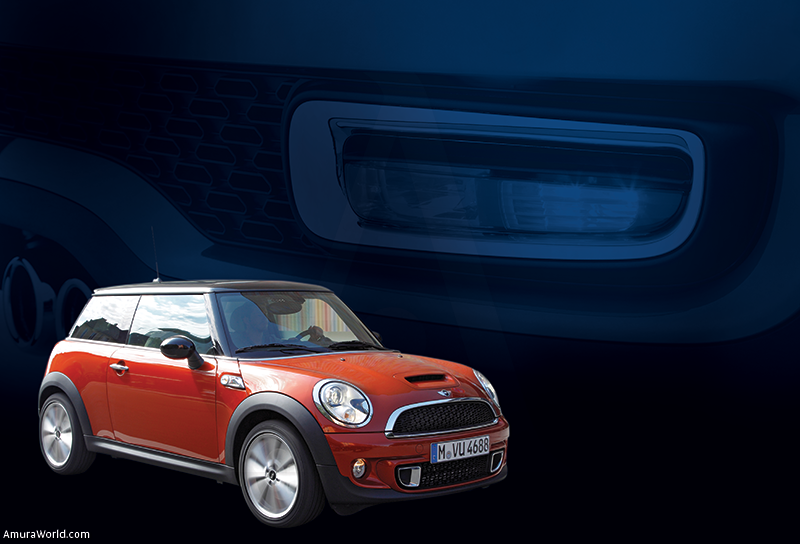 The driver will experience an improvement in the controls, as well as in the availability of automatic weather and sound controls. What was once an enormous central speed dial is now a ring that carries in its interior a color screen and a multimedia system, Bluetooth for phone, and a navigation system. The iDrive is now a joystick found in front of the parking break, where the driver can control all the options from one simple tool.

The 6-gear, manual transmission works effortlessly while shifting from short and precise movements. The electronic control system heightens the turbo pressure for 10 seconds when the pedal is push downwards fully to improve acceleration.

The breaking disk on each wheel, featuring ABS system, can bring the Mini Cooper S to a halt rapidly, and with little wear.

Atractive, extroverted, with impeccable steering and high quality finishing touches, the Mini Cooper S will bring joy to all who drives it, as well as being highly admired by others. 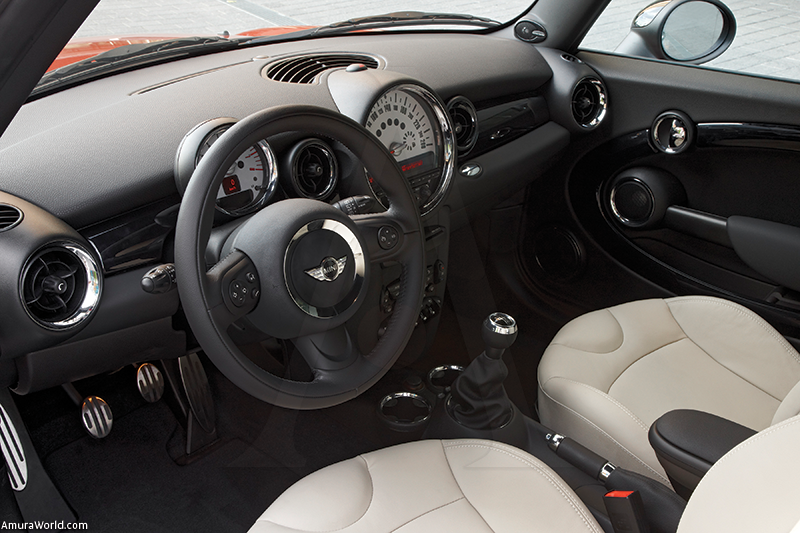 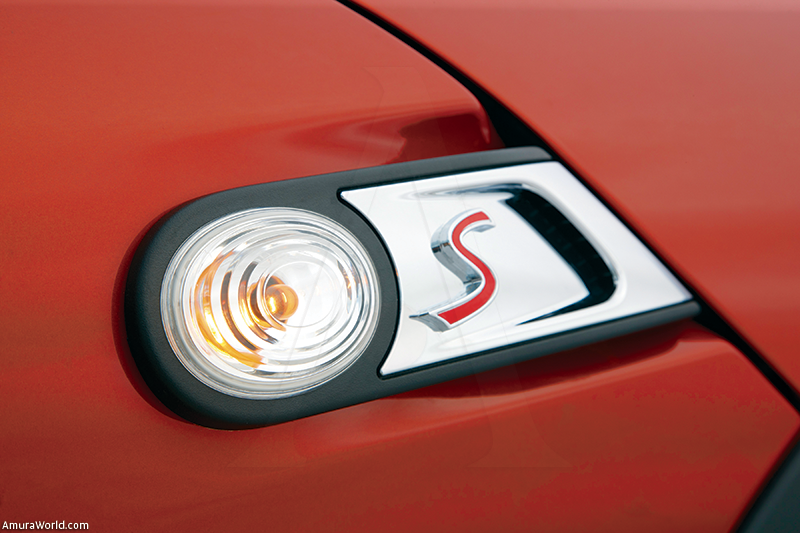 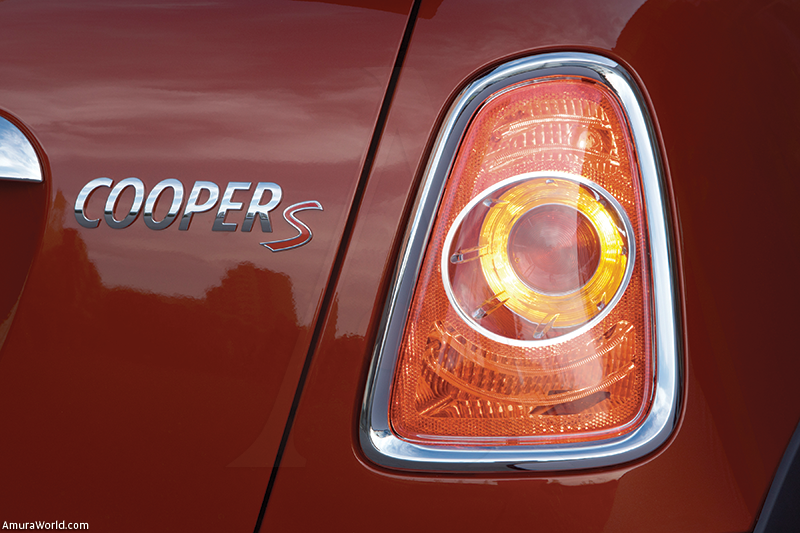