Paris, 12th June 2014. Louis Vuitton is proud to be part of his second FIFA World Cup. After his first appearance in a soccer field in South Africa in 2010, the Louis Vuitton case, specially designed to carry the famous trophy, will be present on the last day of the Soccer World Cup, on July 13th, in Rio de Janeiro's Maracana soccer stadium.

Commissioned by the FIFA in 2010, as special orders, the case made by hand in the Louis Vuitton historic workshop in Asnières, near Paris, has been designed meticulously to contain the famous trophy, which measures 36 cm in height, weighs 6,175 Kg and is made of 18 solid gold  carats with a basis of malachite. Wrapped by the iconic Monogram canvas of Louis Vuitton, the case for travel is equipped with the lock and hinges of bronze, flagship of the company. The case opens from the front and by the top allowing the trophy to be removed easily when, after the final game of the July 13th, will be delivered to the captain of the winning team.The special request of FIFA perpetuates the long tradition of Louis Vuitton to create stylish and original kits to enable travellers to carry their most cherished possessions. Over 150 years, the workshop of Asnières has produced an extraordinary array of designs that are bespoke, from the trunk-folding bed that was part of the team of the African explorer Pierre Savorgnan Brazza, up to a trunk of desktop for thousands cigars and even a tea service notebook, for the Maharaja of Baroda. The workshop also created the trunk that contains the oldest sporting trophy in the world of sport, the famous aguamanil silver for the America's Cup, which dates back to 1851. 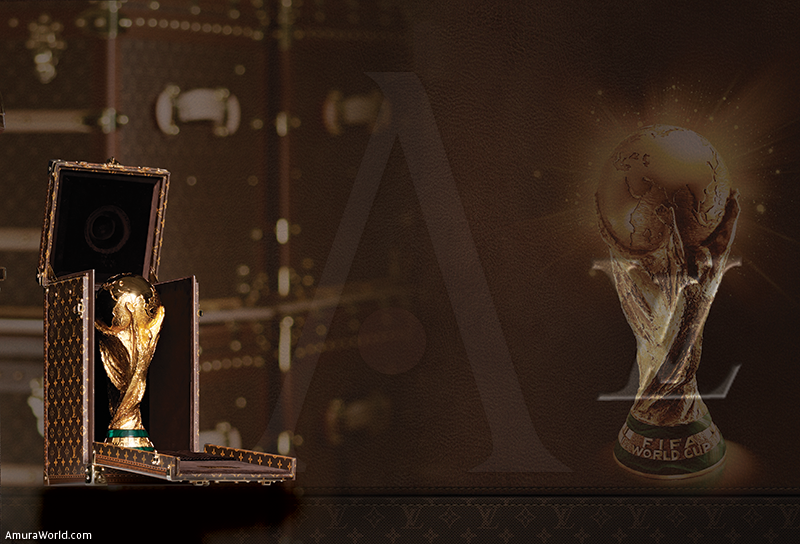 Special orders represent the quintessence of the savoir-faire of Louis Vuitton, integrating the imagination of its designers and the skill of its craftsmen to create something genuinely unique. Each special order is truly singular, an original idea that takes shape gradually through detailed sketches and developed prototypes. Each year they finish around 450 special orders, some modest, other large in scale, but each meet the specific need of the client or making a dream come true. The only condition for any special order of Louis Vuitton is that it must respect the spirit of travel, be created both to protect and carry some value of the customer, a condition accomplished naturally by the case destined to the trophy in the FIFA World Cup.