Colorful beak of the Seas

This bird, of singular aspect, measures between 25 and 30 cm, with a wingspan of 60 cm and a maximum weight of 500 g. Its feathers are black in the upper part and white in its face and chest. One of its peculiar characteristics is its beak, triangular in shape and orange in color, with a blue-gray spot and red lines in its adulthood, for in its youth it is the color of lead.

Its most common habitat is the Northern region of the Atlantic Ocean, in the coasts of Great Britain, Finland and Norway; they nest by making holes with their beaks in the cliffs and the vegetation-covered mountainsides. However, during breeding period they prefer to make their nests closer to the ground. During winter they remain at sea, unless the storms force them to go back to the coast.

They feed mainly of fish and crustacean that they hunt after observing their prey from the air and they can submerge up to 60 m to catch their food. The puffin, which female lays one egg only and incubates it during 40 days approximately, reproduces during the warm season. When hatching, the chick will be fed for the same number of days that it was incubated, after that period, the baby bird is abandoned. These birds live in large colonies and that is why they are social animals that develop a curious “personality”.

Their main predators are seagulls, foxes, dogs and cats, and for that reason the colonies closer to civilization tend to disappear. The Puffin is a threatened species, for the overfishing and the pollution of water have affected their ecosystem generating a reduction in their population. There are organizations that can help with their reproduction and also offer spaces where they can survive, giving these beautiful birds a good quality of life. 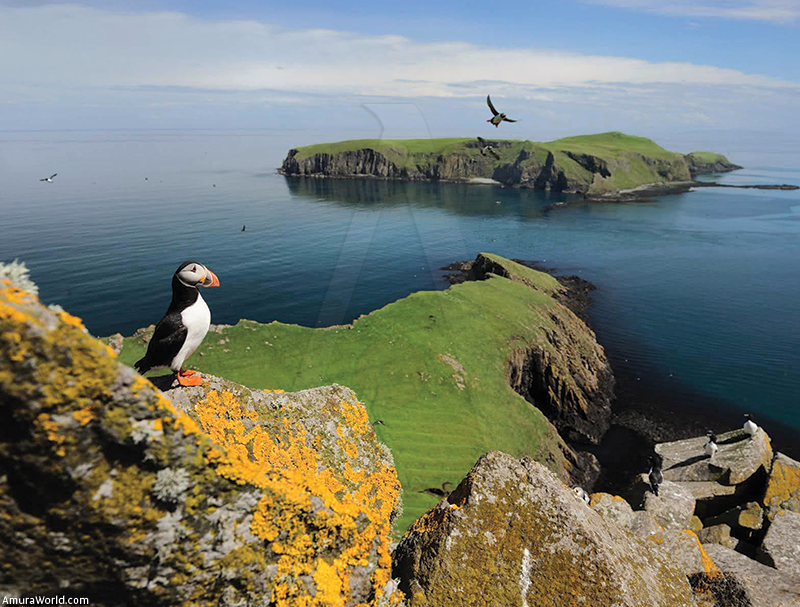 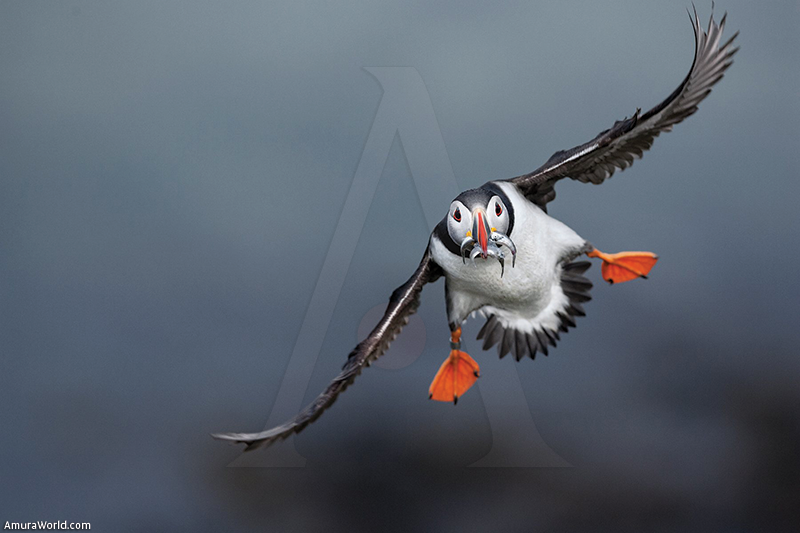 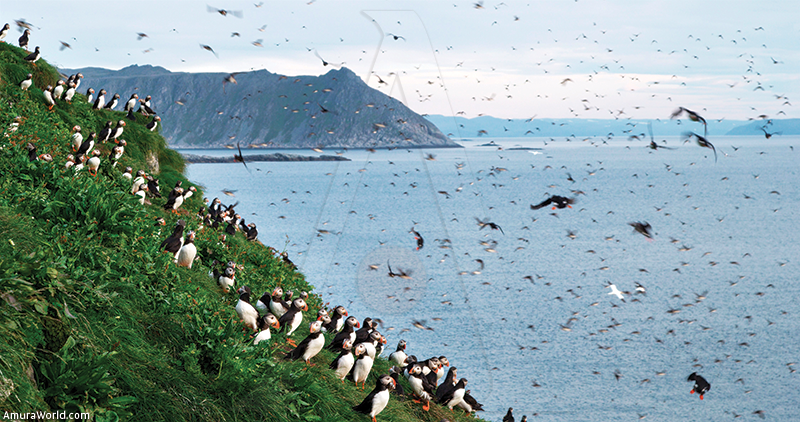