The jaguar or yaguar (Phantera onca) originates from the Guaraní vocabulary and has two meanings: “he who kills in one pounce” or “the body of a dog”. It is a carnivorous mammal that belongs to the family of big cats found on the American continent. It can grow to more than two and half meters in length, although its average length is approximately 1.80 meters in length plus its tail, which can measure 70 centimeters. Its weight varies between 130 and 150 kg and in general, the males are larger than the females. It has black ring or rosette-shaped marks all over its body and unlike the leopard, the rosettes encircle another small mark and tend to concentrate along the mouth and behind the ears.  The female is always paler in color and fewer marks on the neck and back.  Black and albino jaguars can frequently be found.

It is a territorial and solitaire animal, and lives as a couple only during the breeding season that lasts four or five weeks, when the male abandons the female after the birth of the cubs. They can breed during any time of the year, the gestation period last approximately 100 days and normally 2 to 4 cubs are born in each litter. 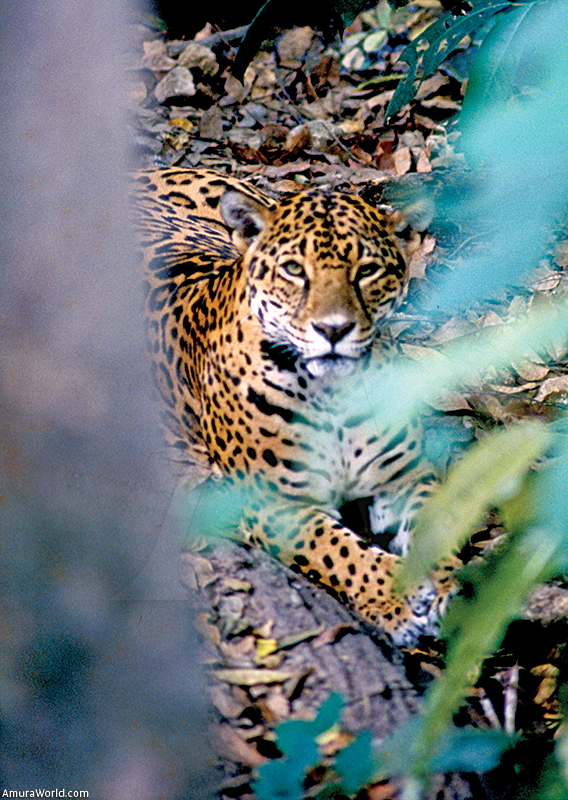 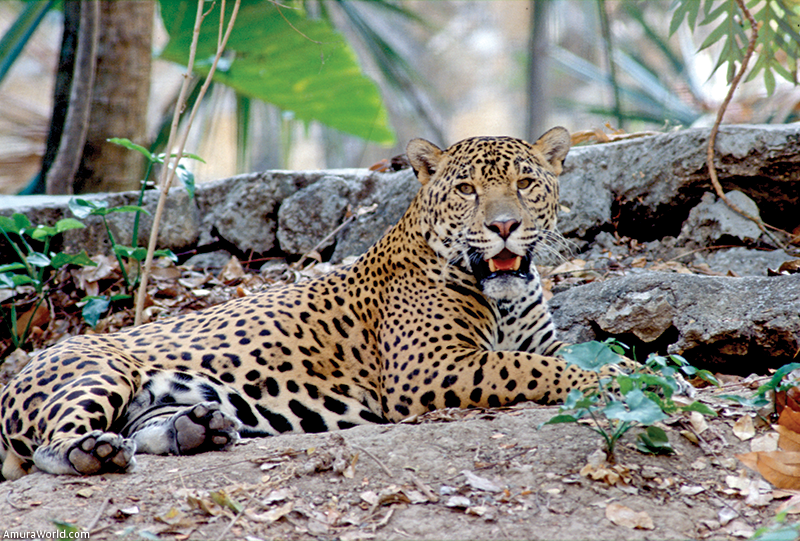 Their preferred habitat is the tropical jungle, especially close to water, although they can be found in almost all types of habitat, from forests, river banks, herbaceous plains, dry brushwood areas, deserts and savannas from north to south. The only places that they have not been able to conquer are the high mountains where the better-adapted puma rules.

They are an endangered species because they are hunted for the skins or to prevent them from threatening livestock when they come out of the jungles in search for food. Another problem is that many of the jungles are being destroyed by agriculture or to obtain fine woods, which results in their habitat being reduced. 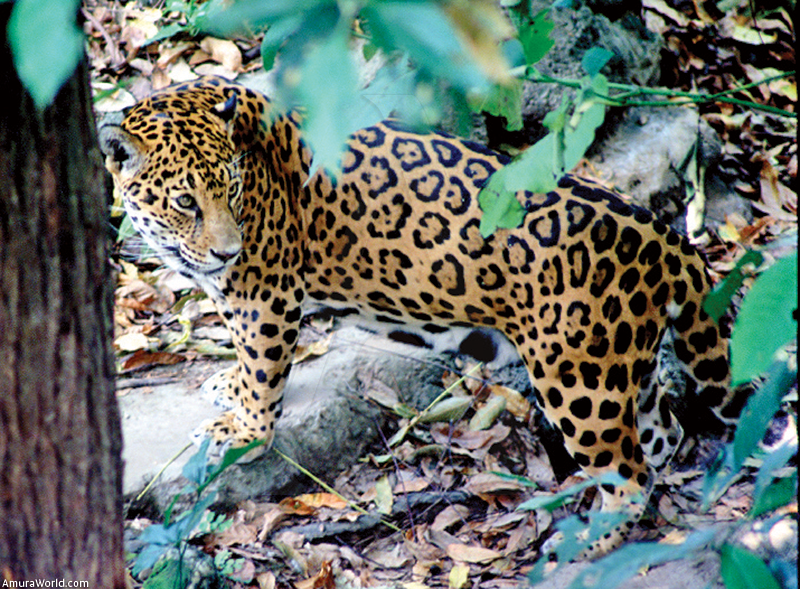 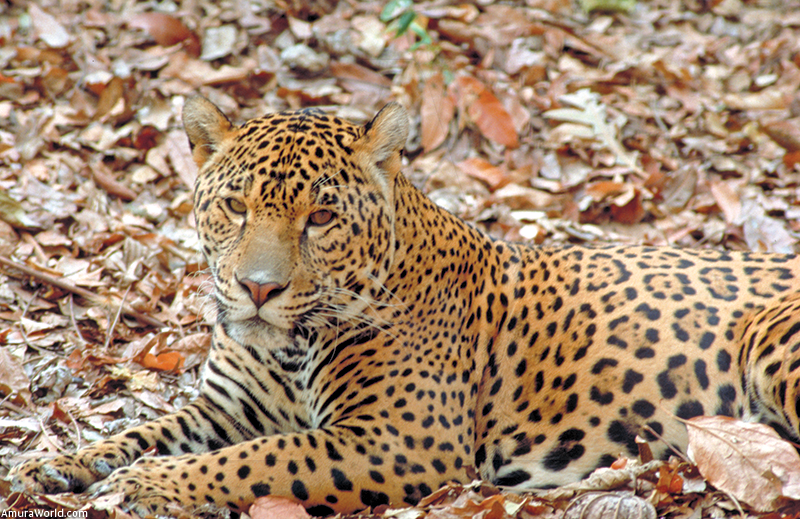 Research and conservation efforts of the tropical jungles and the inhabitants have been made and thanks to this, the jaguar has been preserved and a breeding ground created to preserve the species. 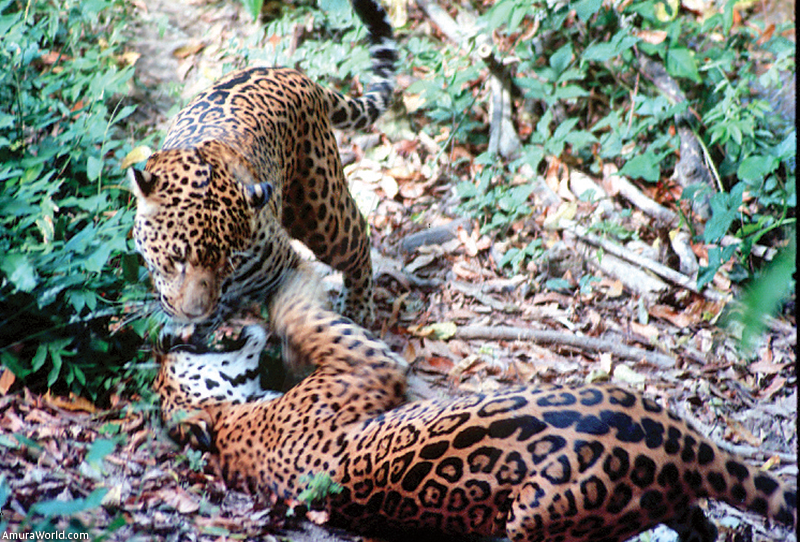 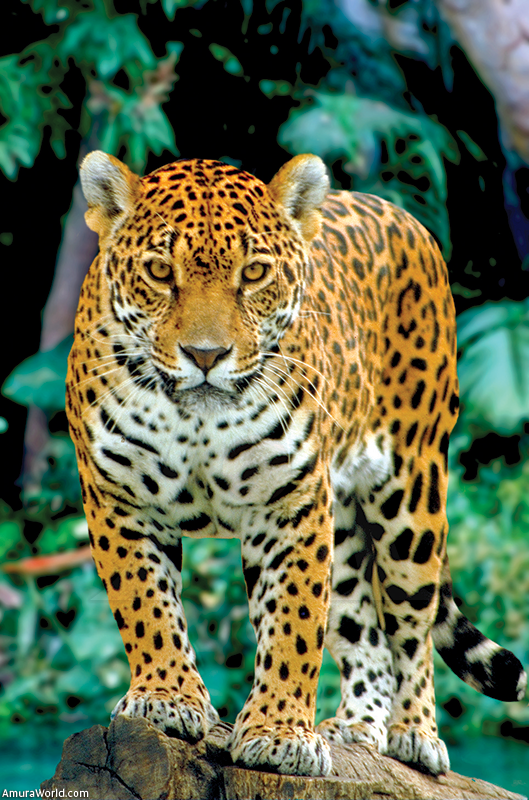