The Cave of the Hanging Serpents

Water is definitely my element; I feel at ease in the sea, rivers and cenotes but that doesn’t mean I can’t enjoy a good adventure on land and above all, learning about the mysteries guarded by the jungles and mountains. On this occasion, we bring you the adventure my friend Armado Gasse and I experienced in the cave of the hanging serpents.

It all started when our dear friend Fernando Carrera got in touch with us. Fernando is a very good actor, but in his free time he presents slots on the famous television channel Animal Planet. That is how, at his work center in Miami, Florida, he learned about a rare phenomenon of the cave of the hanging serpents in the village of Kantemo, in the beautiful state of Quintana Roo. Fernando got in touch with us saying that he was keen to film and photograph this strange phenomenon, and asked us if we would like to accompany him. Of course, we said yes.

So, at the beginning of December, we found ourselves on the federal highway heading towards the heart of the Mayan towns, the city of Felipe Carrillo Puerto, where we were to meet our guide for this adventure, biologist Arturo Bayona Miramontes. 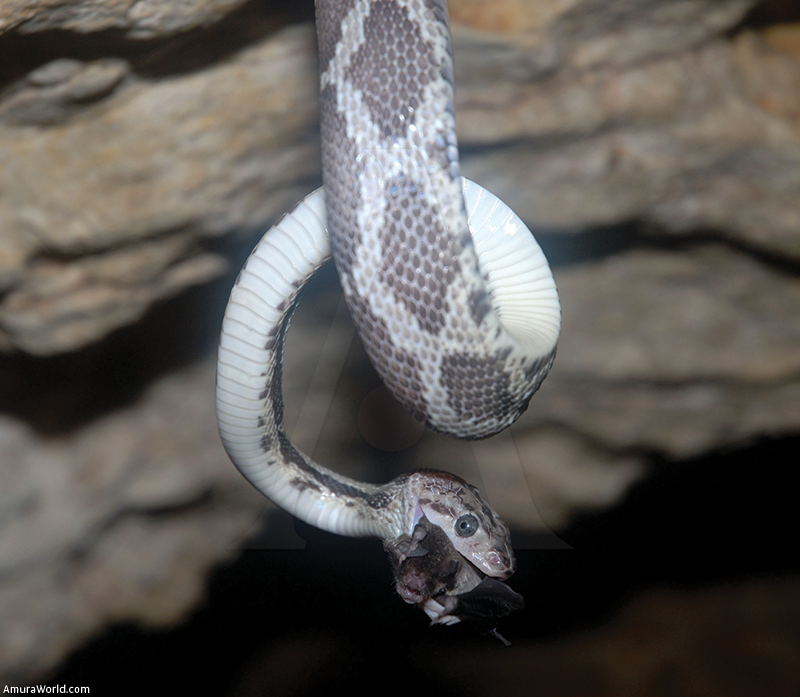 Once we met up, we took the highway to the town of José María Morelos, to then continue on to the town of Dziuche, and then two kilometers further on, to the Mayan community of Kantemo. During the hour and a half that we took to arrive at our destination, Arturo amazed us with stories about his adventures and trips throughout his life. We discovered that he is a free spirit who loves his work and is committed to his natural environment, whether writing songs about the inhabitants of the jungles and seas or training the people of the communities in the area.

Arturo told us that is was he, along with three others, who found the cave of the hanging serpents in the afternoon of October 14, 2003, when they were returning from a bike ride along the paths of the Kantemo project, having made the latest observations to complete the census of the resident and migratory birds of the area. They stopped for a while at the entrance to the cave to watch the bats coming out. They watched in amazement at the great spectacle they were witnessing on standing in front of a dense cloud of winged mammals circling above them. It was then that they knew that this place was special.

The chat with Arturo was contagious and we couldn’t wait to see this wonderful place. We arrived at the small Mayan community of Kantemo, where our guides were waiting for us who had prepared some bikes for ride along the 2 kilometers of beautiful pathway that would lead us to the much awaited cave. We arrived with barely enough time to mount our video cameras on their bases. 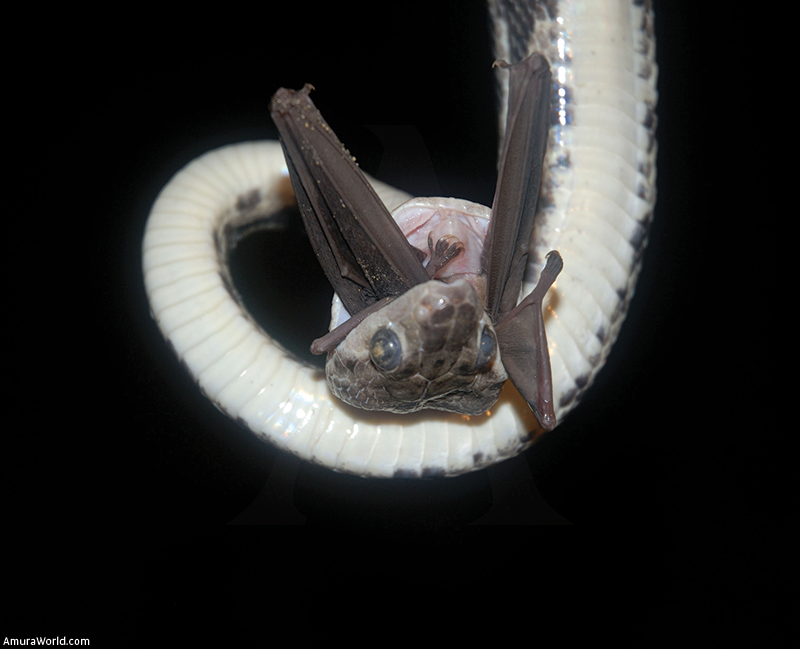 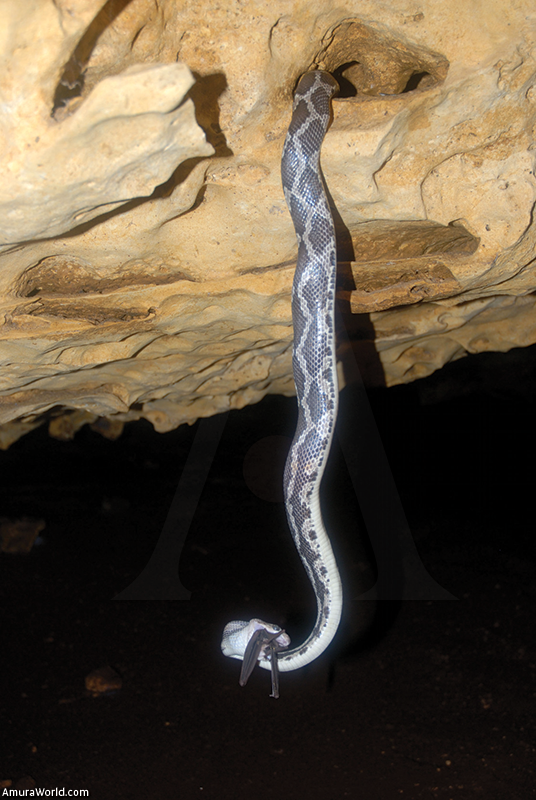 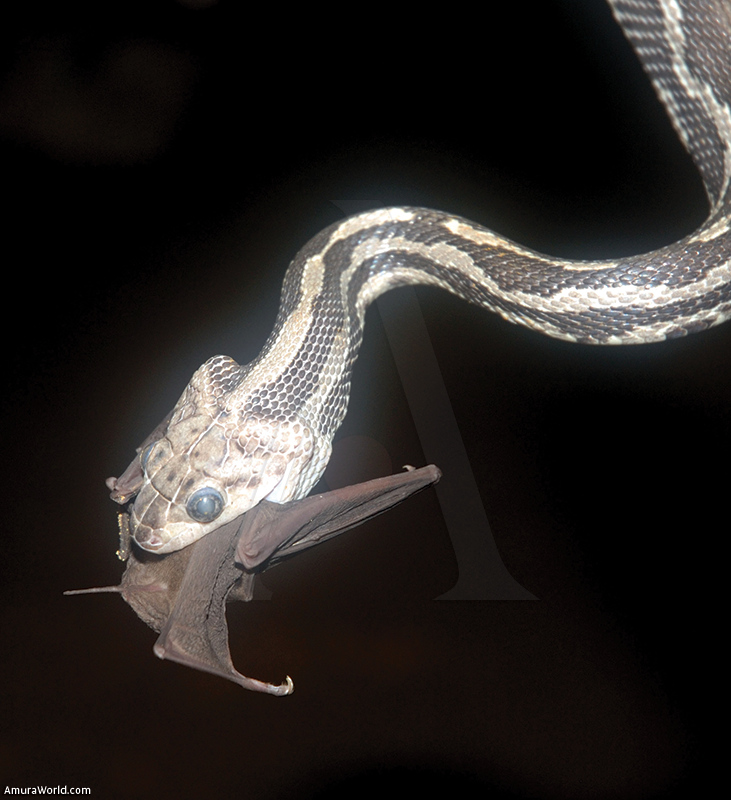 The last rays of sunlight had barely disappeared when a large flock of bats appeared; there were so many that they looked like a plague of insects. But the most exciting thing was when Arturo told us to walk towards the cave; so we did, lit only by small helmet lamps lent to us by the townspeople. We were in total darkness and on a staggered path, we didn’t know what we would find, we just followed our guides and Arturo who walked with the surefootedness of a man of the country.

We headed to where the flock of bats was most dense. It wasn’t long before our guides called insistently, since the Mexican rat snakes were already coming out of the crevices of the rocky walls saturated with marine fossils. What we were able to see far exceeded what we had been told about, since the Mexican rat snakes (Elaphe flavirufa) slowly began to hang until they were totally suspended from their tails, balancing themselves rhythmically waiting for their prey to pass close by to quickly spring in the darkness to trap one of the six species of bats that live in this fascinating cave to immediately asphyxiate it by constricting it with their powerful muscles before swallowing them.

Fernando, Armando and I could not believe what we were seeing; we turned around to see and check that our cameras were working correctly since we were anxious to capture this scene on video and photograph. The spectacle which we were witnessing is unique in the world and shows the specie’s capacity to adapt to a specific environment. Although Mexican rat snakes are common reptiles in the jungles of Quintana Roo, where they feed to birds and small rodents, in the caves of Kantemo, they feed only on bats by adapting to the perpetual darkness.

An underground river or cenote of crystal clear water runs through the cave of Kantemo, which really caught our attention. We will explore it over the next few days and report on this new and magnificent experience. 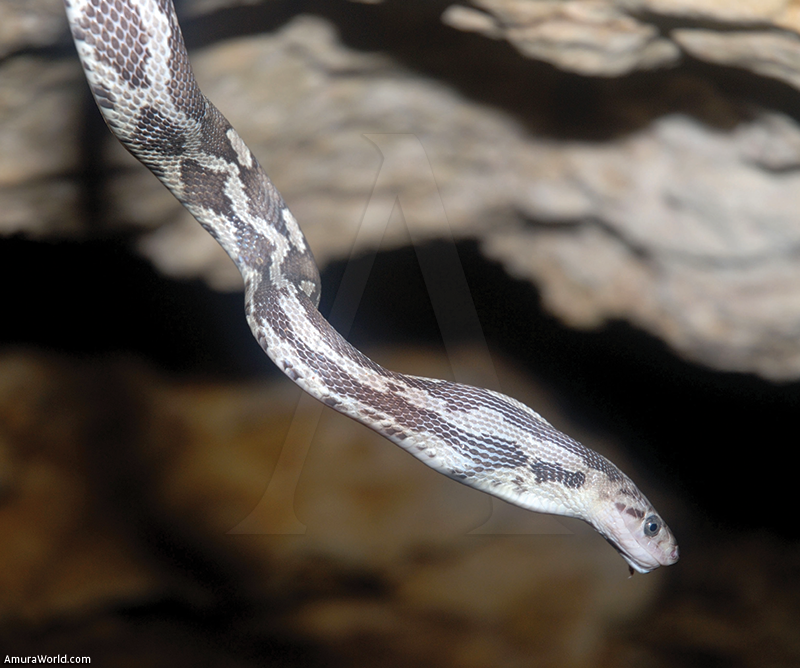