Turtles in the Bahía de Banderas

Marine turtles are without a doubt one of the oldest creatures in the world with more than 200 million years’ history. Many species have disappeared over the passage of time, but they have survived at least two large extinctions, including the extinction of the dinosaurs more than 60 million years ago. This ancient species saw the birth of our own species and despite its enormous powers of resistance; it is man that has taken it to the brink of its own extinction, even though man has the power to save them.

Paradoxically, while some people eat turtle eggs in the mistaken belief that they possess aphrodisiac properties, which of course they do not and their high levels of cholesterol, which far for being a health benefit, can lead for heart attacks. 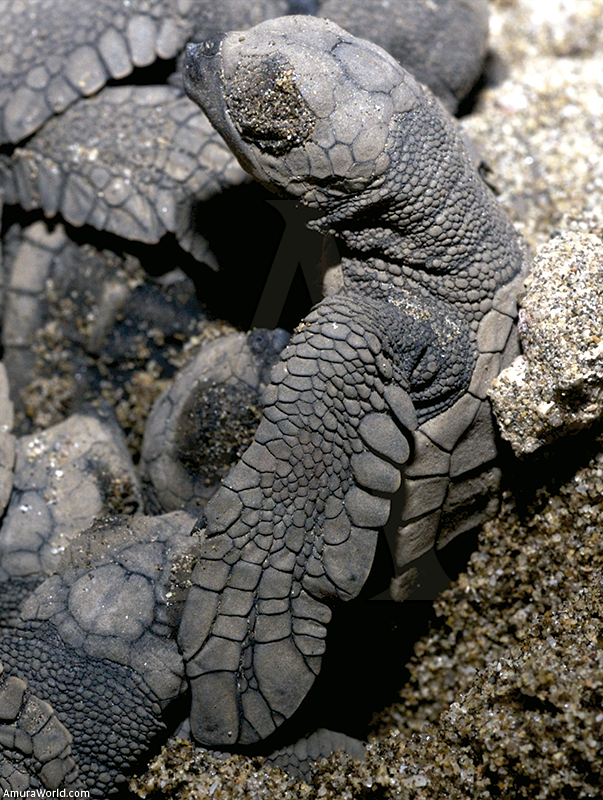 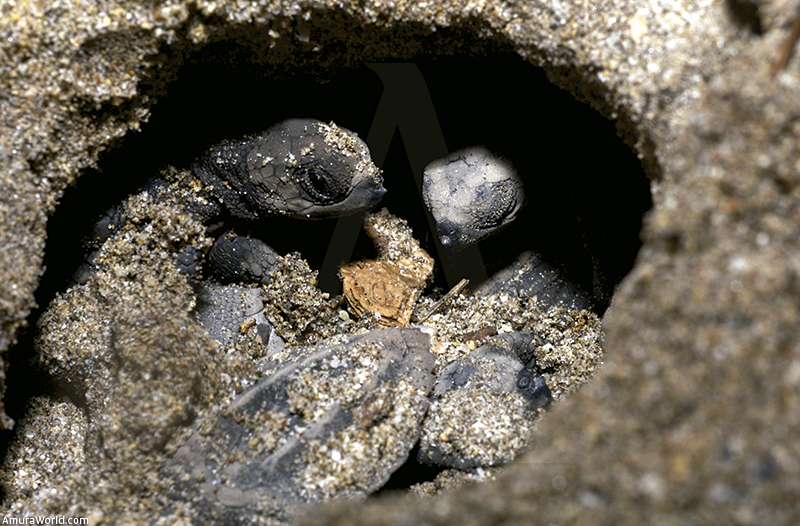 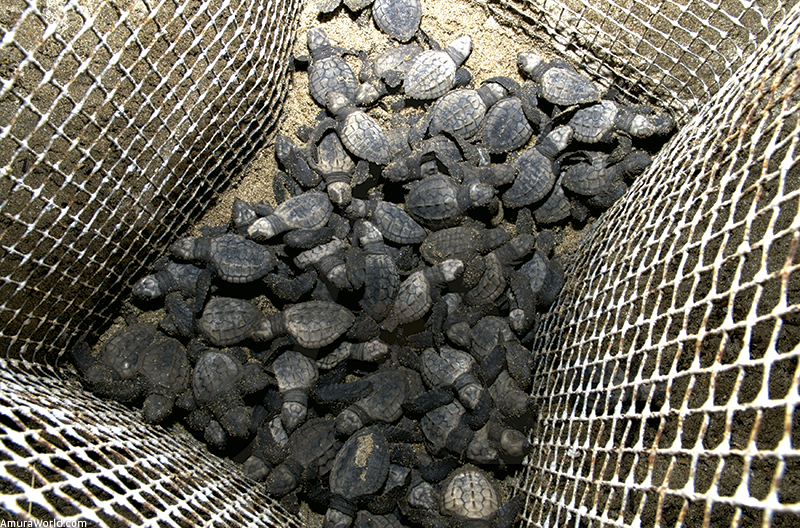 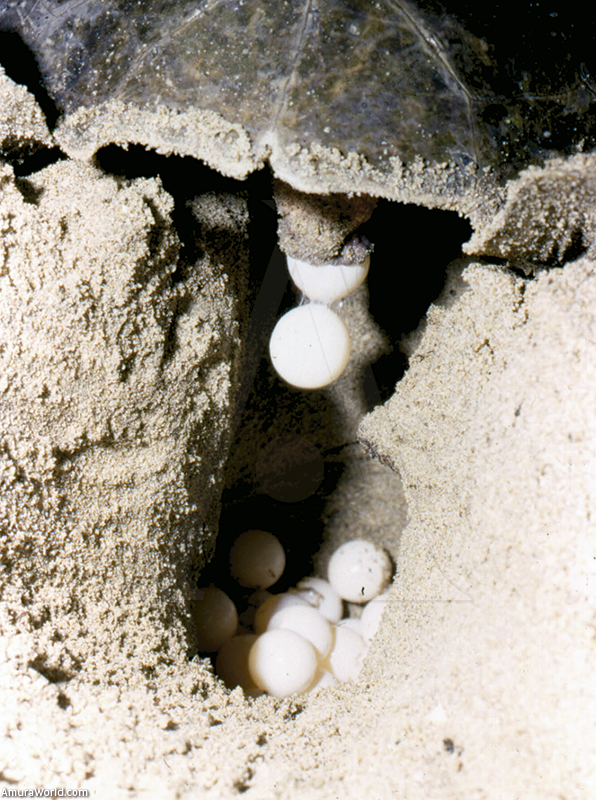 However,  there is another group of people interested in their conservation and during the nesting and egg laying season, from July to November, who patrol the beaches  to recover the eggs to protect them in special sanctuaries in order to release the newly-hatched turtles into the sea to contribute the conserving marine turtle species.

In Mexico, we are fortunate because 7 of the 8 marine turtle species lay their eggs on our beaches.

There are sanctuaries installed by the authorities and civil conservation groups on practically all Mexican coasts. An example of this work can be seen in the Bahía de Banderas, where the most common species is the Olive Ridley turtle (Lepidochely olivacea)  whose nesting season starts in July and hatching occurs 45 to 50 days following laying so the first hatchlings can be seen towards the end of August. Each turtle can lay up to 100 or more eggs at one, but the mortality rate is so high that perhaps only a single turtle from each nest will reach adulthood. 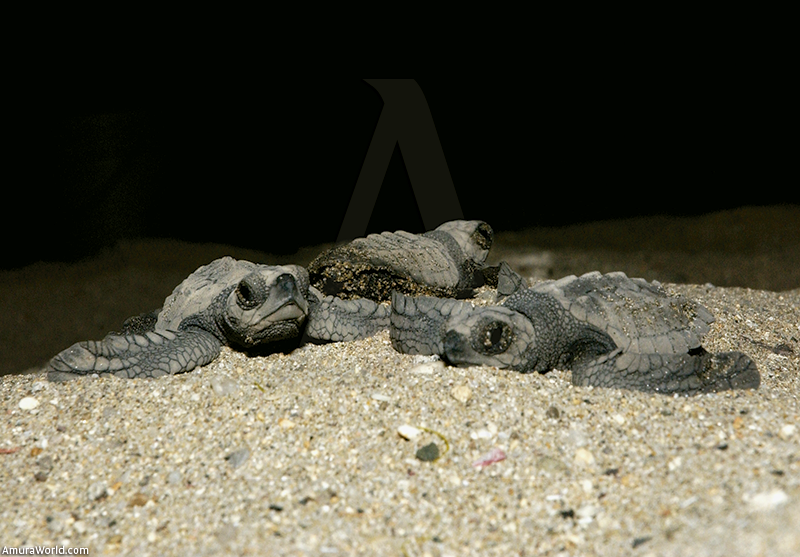 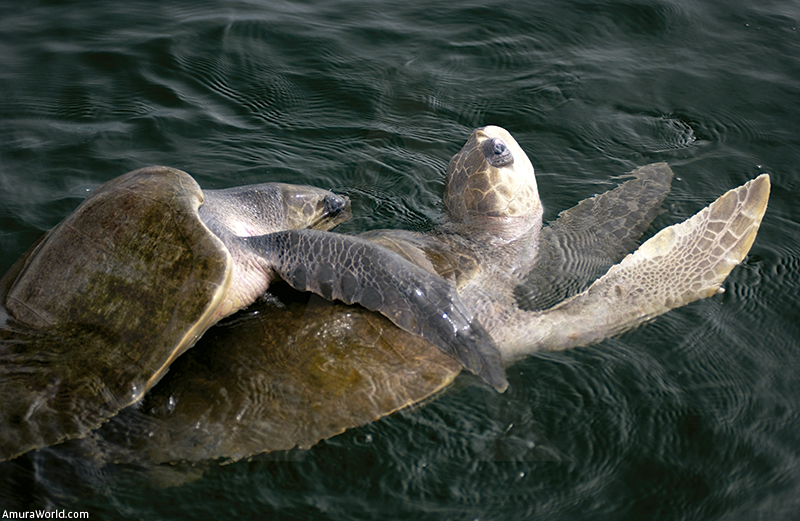 In the Bahía de Banderas, the turtle sanctuary is run by students who spend their nights patrolling the beaches recovering the eggs with very good results and so are able to release a significant amount of turtles each year, with an annual average of more than 300,000. This sanctuary is located on the beaches of Nuevo Vallarta and is dependent on the Ministry of the Environment and Natural Resources (SEMARNAT) but is staffed by student volunteers who as I said, patrol the beaches night after night during the nesting season with the incentive to help to conserve these magnificent creatures. An excellent way to contribute to the conservation is by visiting this sanctuary and paying the 15 peso donation to help to provide the so-needed resources for maintenance and to be able to continue with this important work. If you can’t visit the sanctuary, however, you can help by not consuming turtle products since besides being a criminal offense, puts these animals at grave risk. 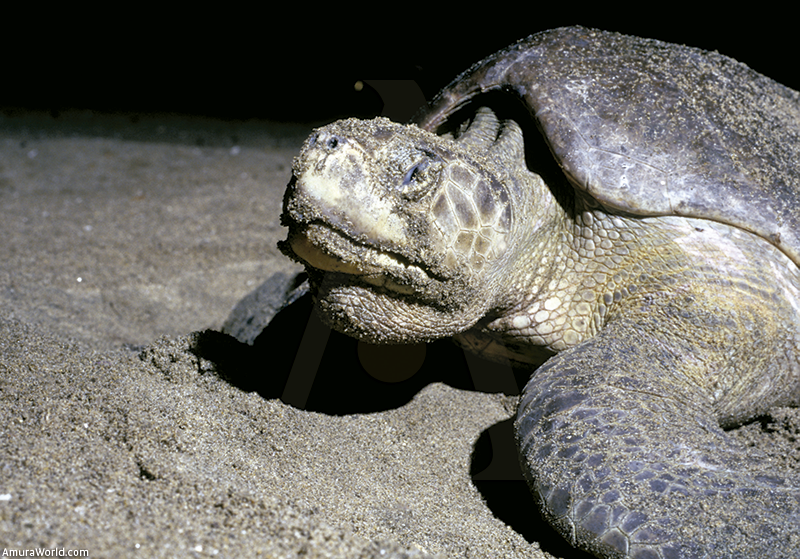