Dolphins belong to the Delphinidae family, which is the largest and most diverse family of whales due to its successful adaptation to the maritime environment. The family includes numerous species of dolphins, such as pilot whales, false killer and killer whales, which in the fossil register are recorded as dating back at least 11 million years.  Some species only eat fish or squid, whereas others feed on a variety of animals, including crustaceans.

The most well-known species of dolphins is the bottlenose (Tursiops truncatus). These dolphins are frequently trained to be used in aquariums and theme parks and have been used by the military for mine sweeping. In their natural habitat, they are   generally observed in groups of up to 30 individuals and on occasions in much larger groups. They are very active swimmers and sometimes jump completely out of the water and usually swim alongside the bows of vessels and where the waves break on the coast. Groups that inhabit the continental shelves usually swim together with other Dolphin species, such as sperm whales and gray whales.  It is known that some individuals live up to 37 years. 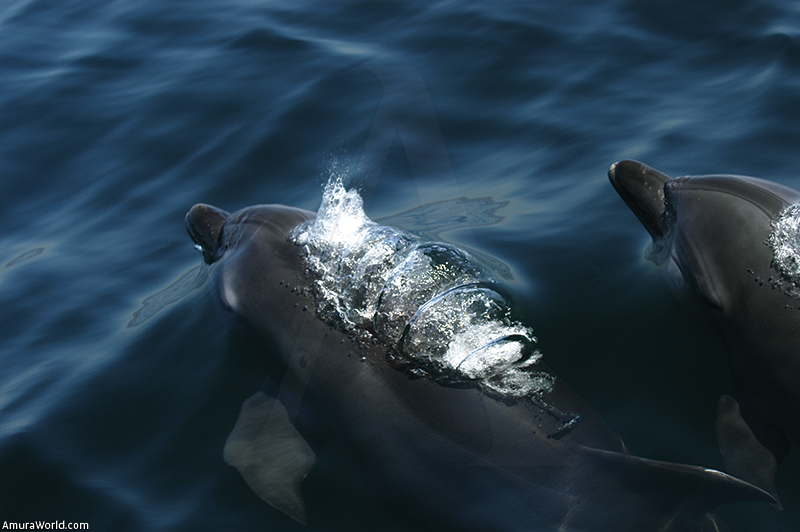 Dolphins live in environments with very poor visibility and are adapted to generate images of their environment based on their acoustic perception of their surroundings, just as bats do in their land environment.  This adaptation allows them to live successfully in the marine environment.

Ecolocation involves an active process: dolphins emit a series of short "click" sounds, which interact with the environment and produce an echo signal that provides the dolphins with information about their surroundings, since between the emitted and the echoed signals, dolphins receive information about what is in their vicinity. Dolphins achieve highly accurate ecolocation by emitting broad spectrum sounds, in other words, high and low frequency sounds, which is added to their very highly sensitive directions of hearing abilities. The adaptation developed for efficient ecolocation lies in their sacks of fat reserves, both in their lower jaw and in their foreheads, which forms of what is known as a "melon".  This accumulation of fat helps to direct the emission of the sounds, receive the echoes and transmit them to the dolphins’ ears. In   parallel to the development of these adaptations,      dolphins, during their evolution, acquired enormous brains, which allow them to store, process and interpret a large amount of acoustic information that they are continually receiving from their environment. 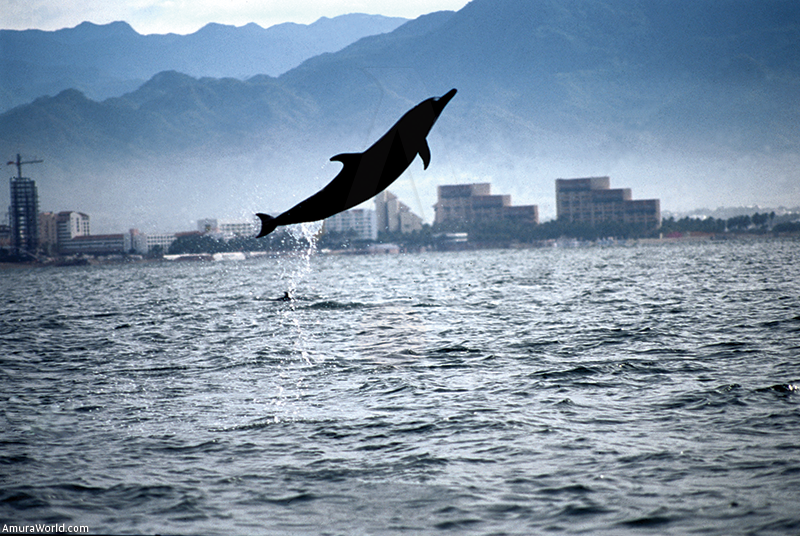 The oceans are apparently homogenous; however, they are not, since they have varying temperatures and salinity defined by different water masses and marine currents that flow like rivers within the large oceans. Deep sea or ocean dolphins are distributed in relation to these oceanographic conditions and the topography of the sea bed. This correlation is also associated with the presence of tuna fish and other species within the different water masses, which makes dolphins prone to being captured by deep sea fishermen.

Studies conducted in the tropical East Pacific ocean reveal that some dolphin species prefer some water masses to others. For example, the greatest amount of tuna fishing takes place where the surface temperature of the ocean does not vary very much and is also where spinner dolphins (S. longirostris) and spotted dolphins (S. attenuata) are most predominant, whereas, in areas where the surface temperature varies more, there are more common and striped dolphins present, as well as both communities containing other species of dolphins. 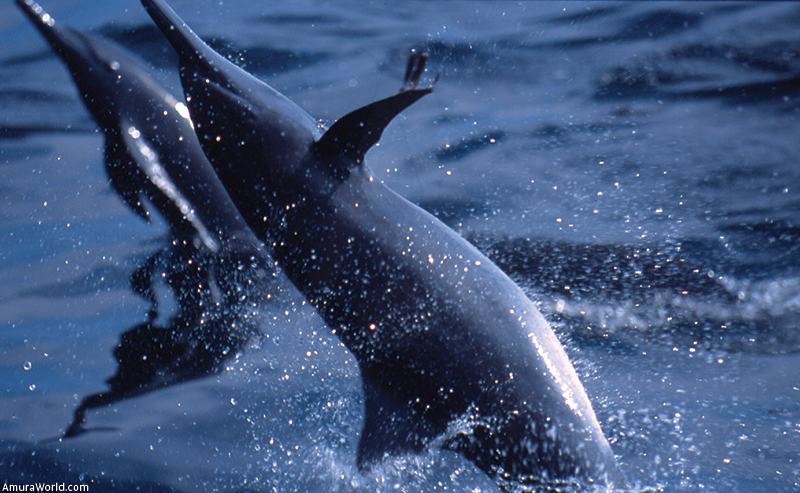